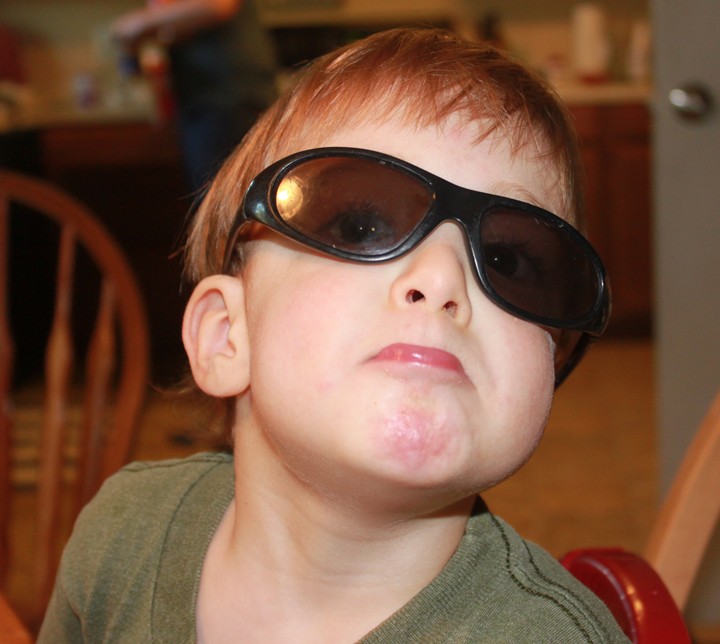 My silly Owen… what a nut!

It’s been 4 months since my last reflux update, mainly because things have been going well and I haven’t really given it much thought! However, I told myself when I started blogging about reflux that I wanted to make sure and include the happy ending (provided that we had one!) because people whose babies are struggling with reflux need to hear about the other side. When Owen was at his worst, I found a lot of material online written by parents who were at the end of their rope, but not a lot of testimonials about outgrowing the reflux.

After my last update, Owen started getting his 2 year old molars, and we had another few weeks of him being fairly resistant to food. He’d take a few bites here and there, but if we wanted him to eat a full meal, it was a lot of work. He also had a stage where he would wake up from his naps screaming and saying his throat or tummy hurt. He was not on any reflux medicine at this point, and we’re thinking that moving to a toddler bed (with a flat mattress instead of his crib where we had elevated one end of the mattress) plus teething caused a flare up of reflux. Thankfully, the screaming episodes have ended.

Then, all of a sudden, he discovered his appetite!! For the first time in his life, he is showing consistent hunger. I think that he never really knew what hunger felt like before. If I take too long to get around to making lunch, he’ll start getting the peanut butter out and putting it on the counter, then a bag of pretzels, etc. He has always been super picky, but now he will eat sandwiches (peanut butter or lunch meat), scrambled eggs, most fruits, and most of the things that we eat for dinner. It has been SO helpful to be able to serve him what the rest of us are eating, and have him actually eat it! He also has some favorite foods that he loves – M & M’s, chips, and pickles. We just recently started potty training, and he is more motivated by M & M’s than my other two were! Go figure!

Owen still eats smaller servings than my other two would have at the same age, but he is also a smaller build, and is probably going to stay that way. I’m only 5’2″ and thin, and he seems to be built like me.

So will this good eating hold out? We’ll have to see, but I sure hope that it does!