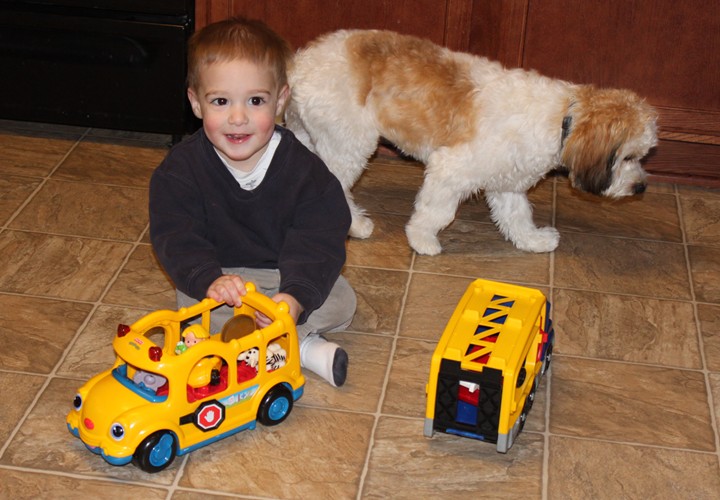 December ended up being a big month for changes in reflux treatments! It’s a looooooonnnng story, so I’m going to try to be concise so that I can get on to the part that is most important…

All of this has been frustrating to me because I want to be feeding my son more whole foods. I read articles about how bad infant formula is, and thought, “Oh, we HAVE to get him on real milk!” and then the real milk trial turned out so badly. I want to improve his health, but my control over his health is rather limited.

I had lunch with a friend last week who reminded me of Proverbs 3:5-6

Trust in the LORD with all your heart and do not lean on your own understanding. In all your ways acknowledge Him, and He will make your paths straight.

She reminded me that it does not say, “Trust in your research… your knowledge… your ability to figure it all out…”

I spent a few days studying these verses. I wanted to know what it means by “make your paths straight,” so I used our concordance to look up the Hebrew word used there. I was AMAZED at what I found! The word translated “straight” (which is translated “direct” in the King James) is the same word that is translated “right” in Psalm 19:8 – “The precepts of the LORD are right, rejoicing the heart.” In Proverbs, it is translated as “right,” “upright,” and “straight.” These are all words that involve moral character. So when it says that God will make our paths straight, it means that He will make us honoring to Him! He does more than simply guide us; He guides us into paths that are perfectly right!

This was very encouraging because Jordan and I want to be good parents. We want to do the best for Owen. Sometimes it feels like we are stuck between two bad options with no way out, but that is not an accurate perception of our situation. God will make our paths straight. It does not say that He will make our paths easy. It does not say that our paths with not involve any suffering. But God is working for our good.

What is my responsibility? To acknowledge Him in all my ways. When I looked up “acknowledge,” I discovered that it is a very rich word meaning “know.” Knowing God involves much more than 5 minute devotions! I need to devote myself to knowing Him.

So will I still research? Yes, definitely. I am still responsible to make wise choices regarding my son. But I will research with a spirit of trust, confident that God will direct me as to how I am to act. For example, our pediatrician wants Owen to have a speech evaluation done because of his language delays. I don’t think he needs it, but this is a wise and reasonable step to take to make sure that I am being diligent to meet Owen’s needs. Once we get a report back from the evaluation, we will pray about where to go from there.

The picture at the top is Owen playing with actual toys! He is starting to actually have an attention span, and is slightly less into stuff! Praise the Lord for small victories!

If you missed our previous reflux update, you can find it here.