Make water stay in a funnel, rather than flowing out the bottom and into the bottle! It totally seems like magic! But it’s actually just science, and this science demonstration does a great job of proving that air takes up space. (Definitely some good wow factor here!)

First, I told the kids that air is matter. Matter is anything that has mass and takes up space. It’s hard for kids to understand the concept that air has mass. Air seems like nothing! And things that are filled with air seem so light. If you have a good balance, it’s fun to weigh an empty balloon and a balloon full of air. Kids usually guess that the balloon full of air will weigh less because it seems to float when you hit it, but it actually weighs more than an empty balloon. A good balance will prove it! 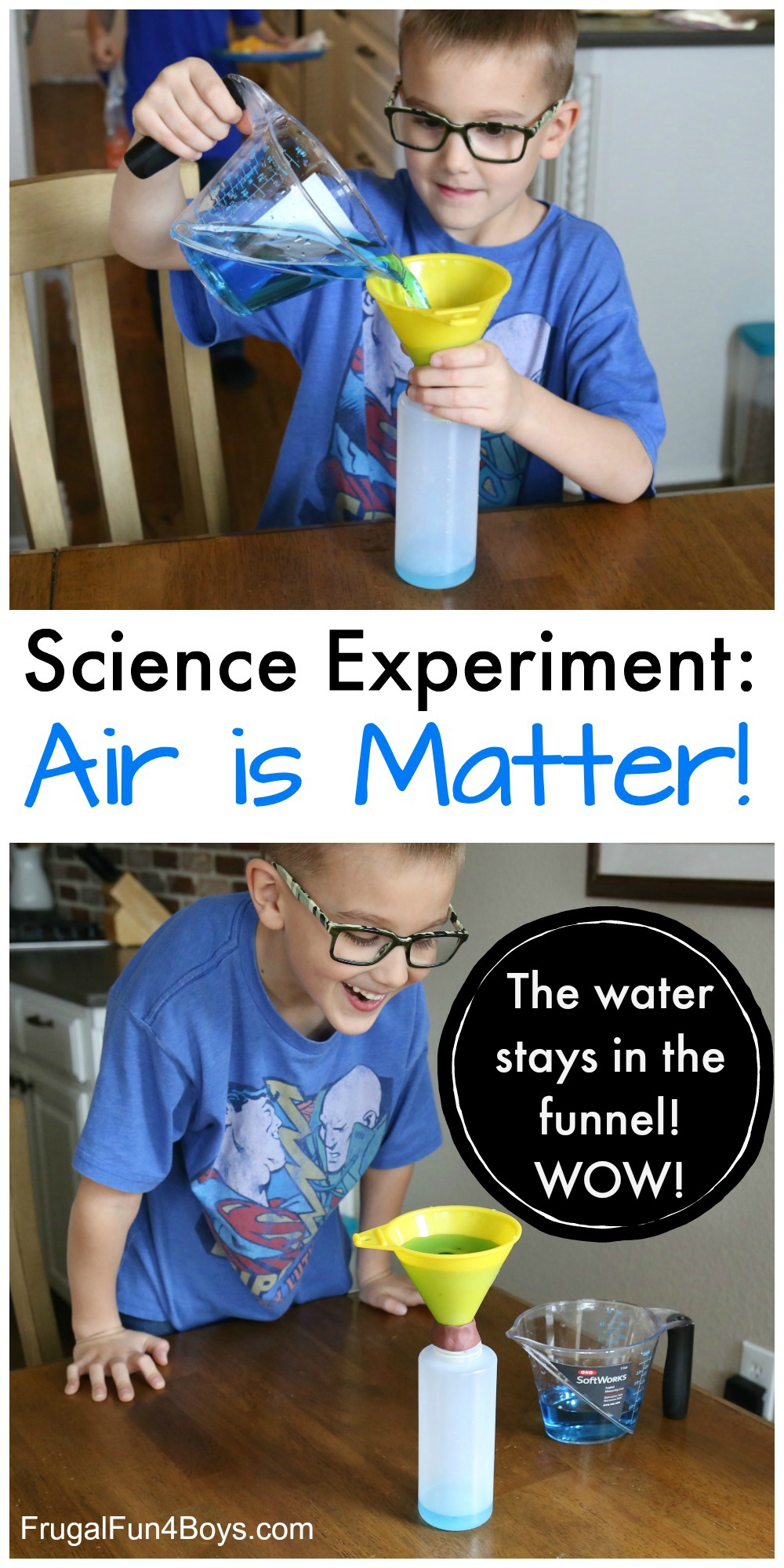 Here’s a simple way to demonstrate that air is matter, and you probably have the materials on hand.

To do this science demonstration, you will need: 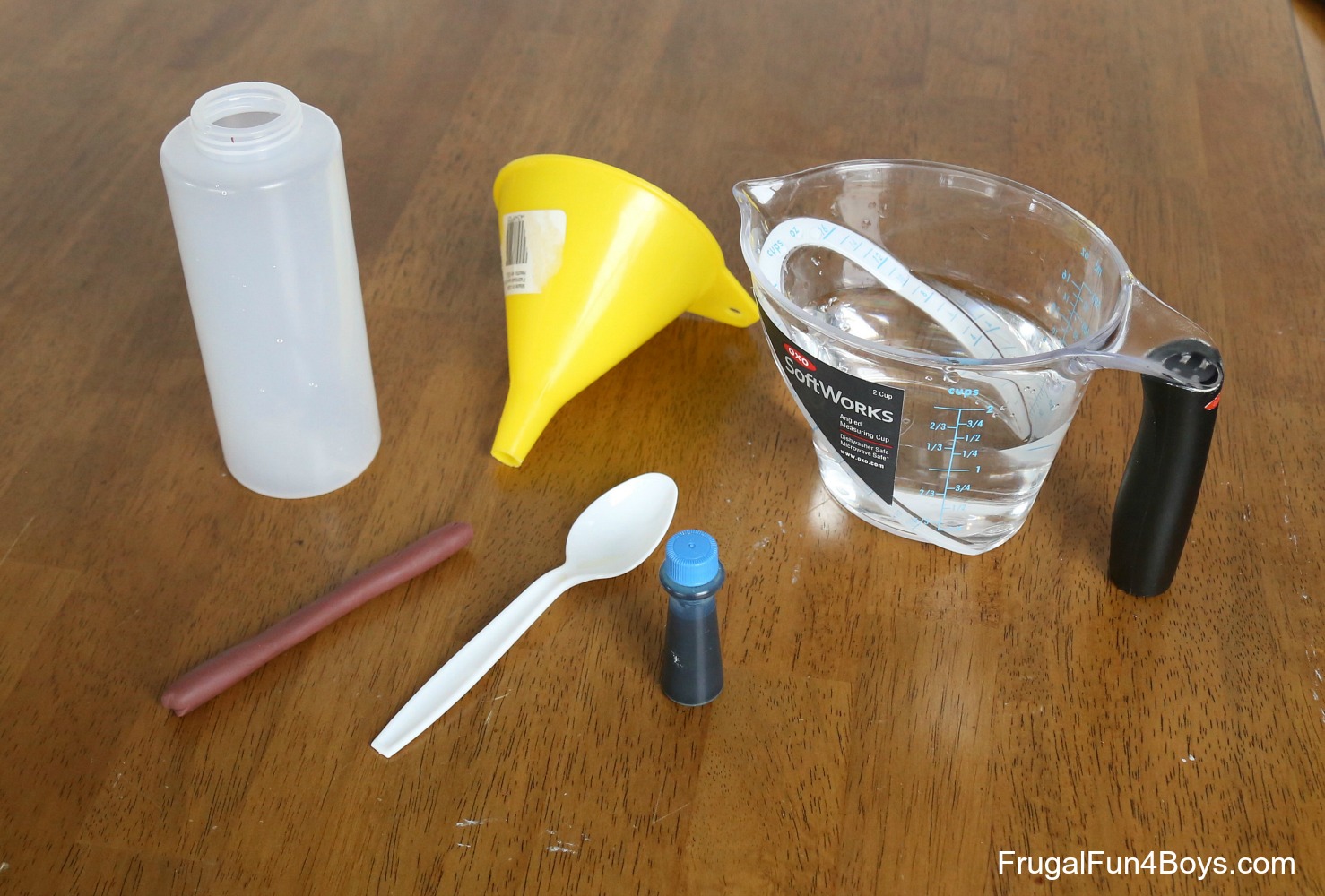 First, I put the funnel into the bottle and asked the boys what would happen if we poured water into it. Of course, they guessed that the water would flow into the bottle. And it did. 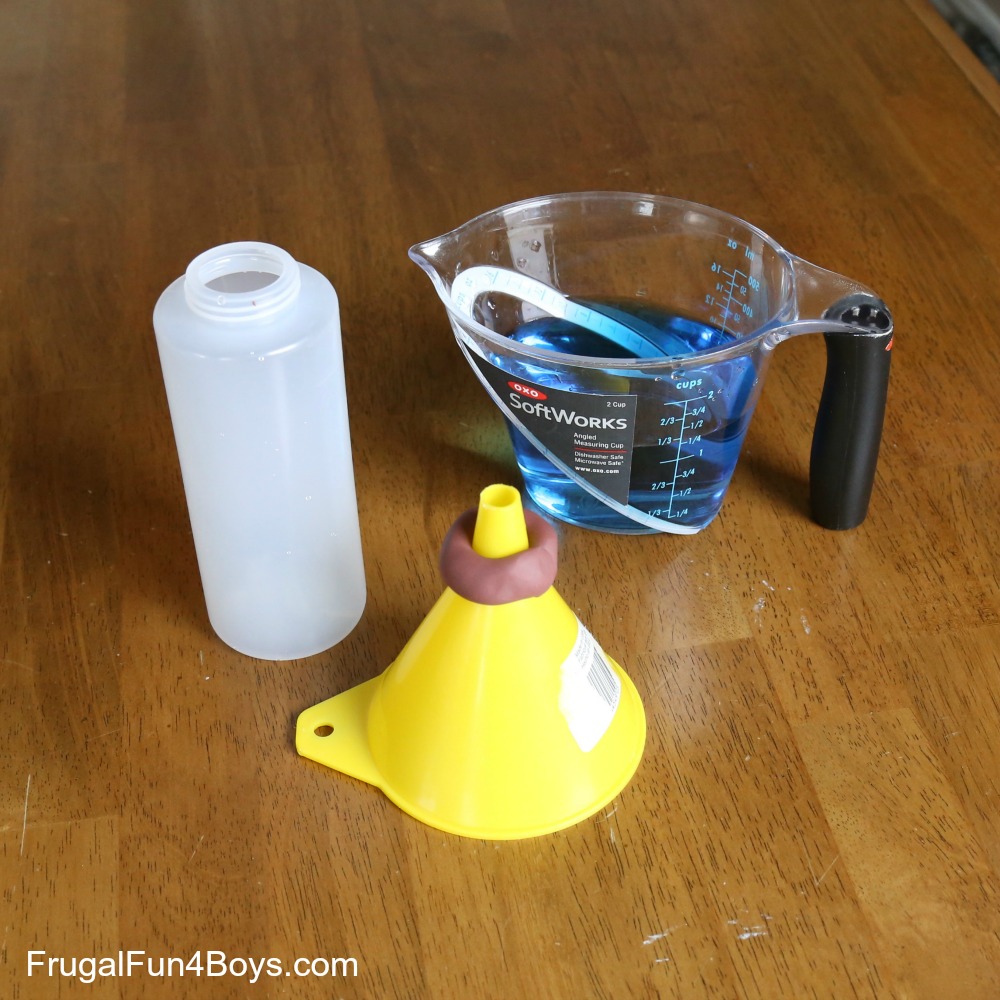 Then squish the funnel and clay down into the bottle. Smooth out the clay with your finger and make sure there are no gaps. 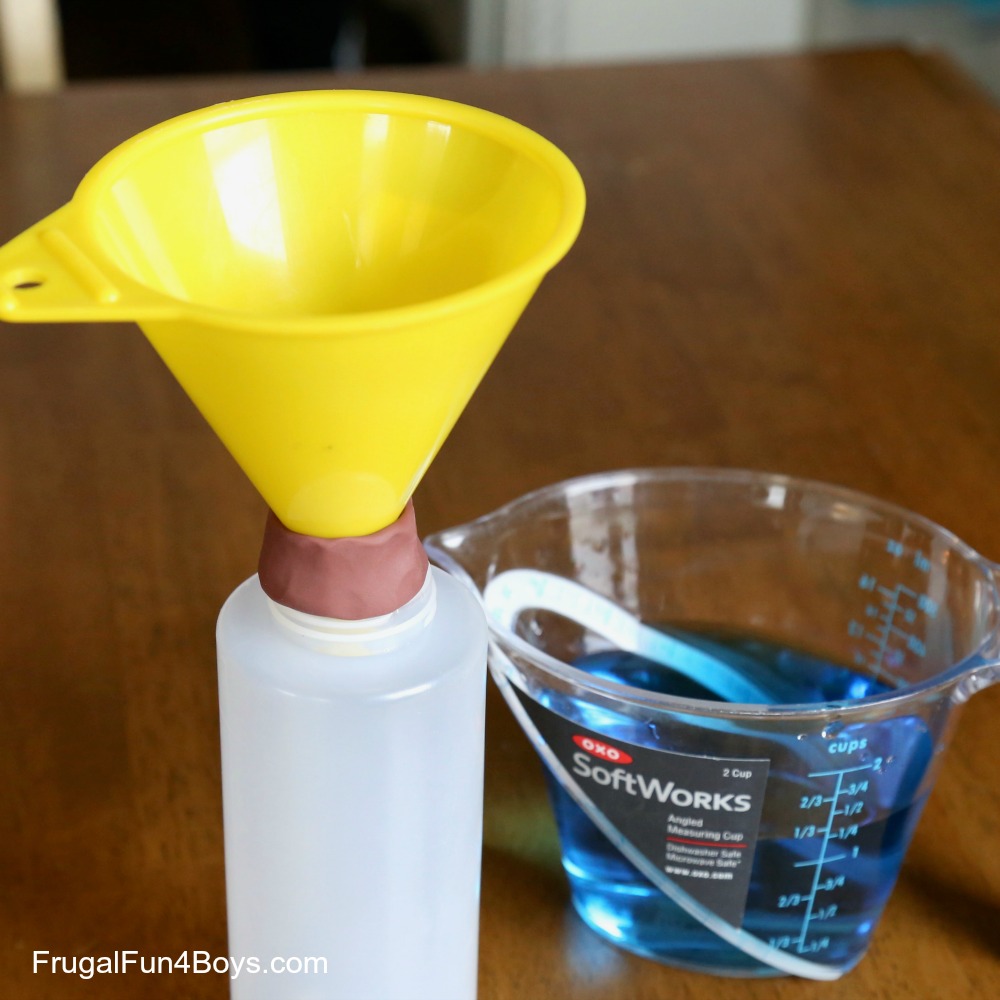 Pour water into the funnel and watch what happens! You’ll want to pour quickly. 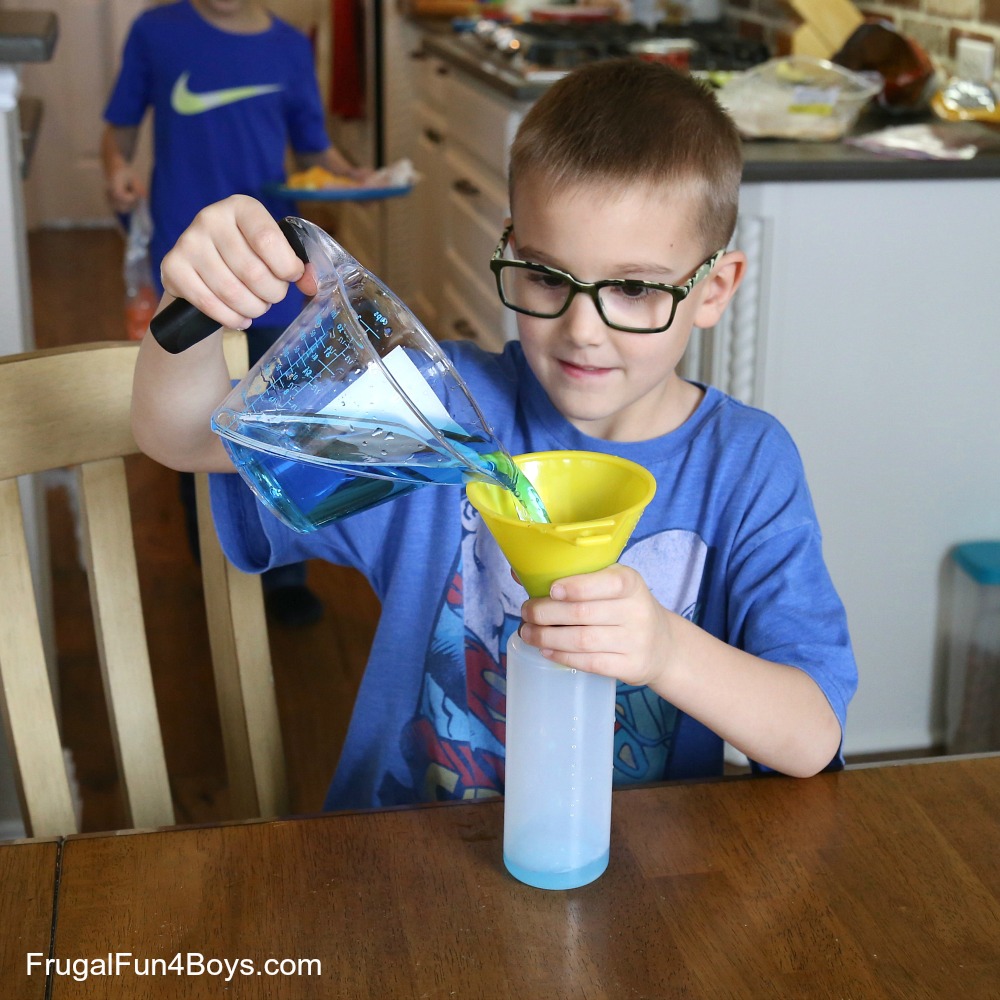 The kids were amazed that the water was just staying in the funnel and not flowing down into the bottle. It seemed sort of unbelievable! 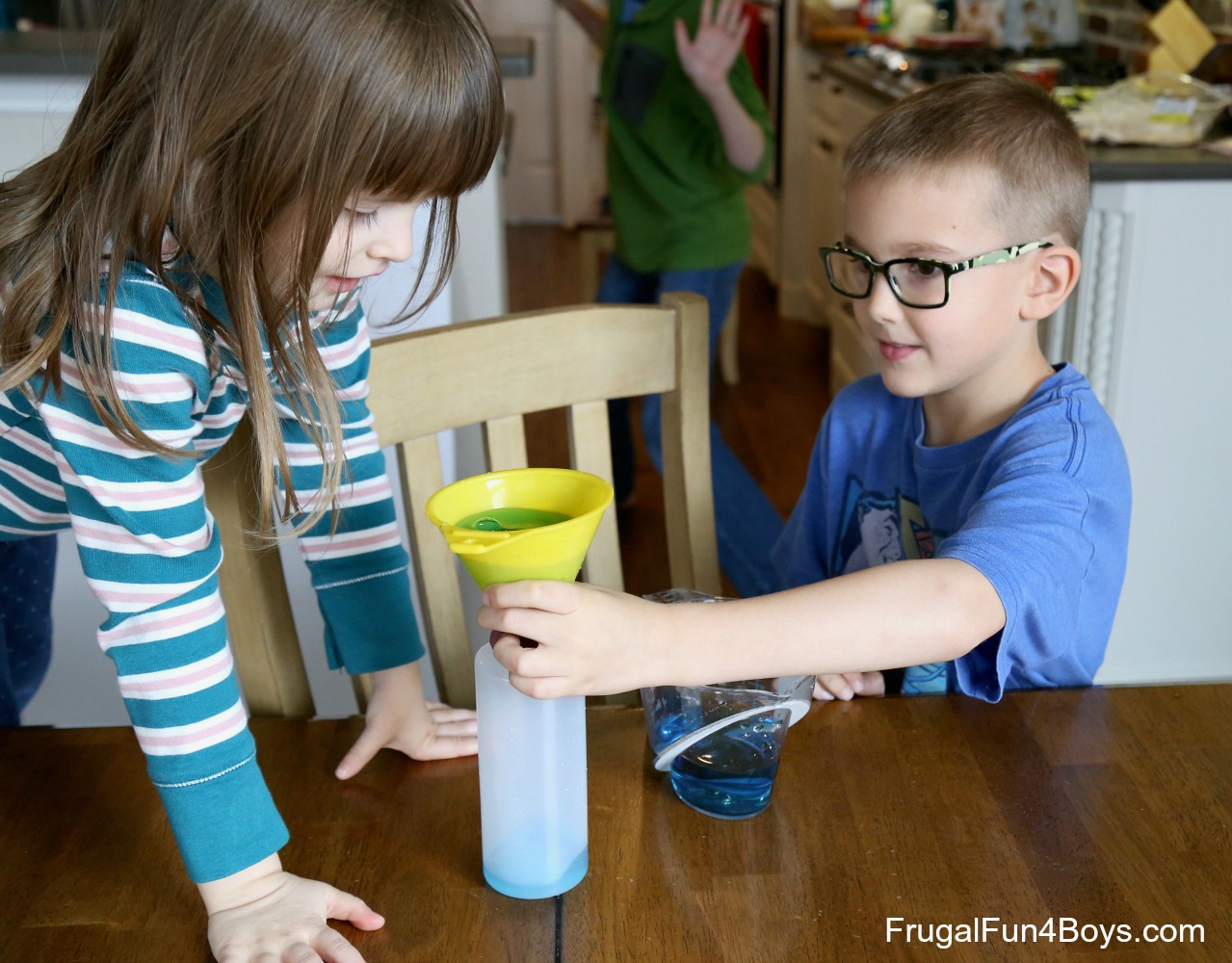 Why doesn’t the water flow through the funnel?

The reason this works is that air is taking up space in the bottle. Water cannot enter the bottle unless some air is able to leave the bottle. If you pour slowly, you can still fill the bottle with water because there will be enough room in the opening of the funnel for both water and air. But if you pour very quickly, a small amount of water will make it into the bottle (you can see this in the photo), and then the opening will fill with water, and the water will block the flow of air and remain in the funnel!

After the kids have had a chance to appreciate how cool it is that the water is staying in the funnel, have them squeeze the bottle a little. They will be able to see air leaving the bottle in the form of bubbles rising up through the water. Once some bubbles of air have left the bottle, some water will flow down into the bottle. But it will only be the same volume as the air that left the bottle! 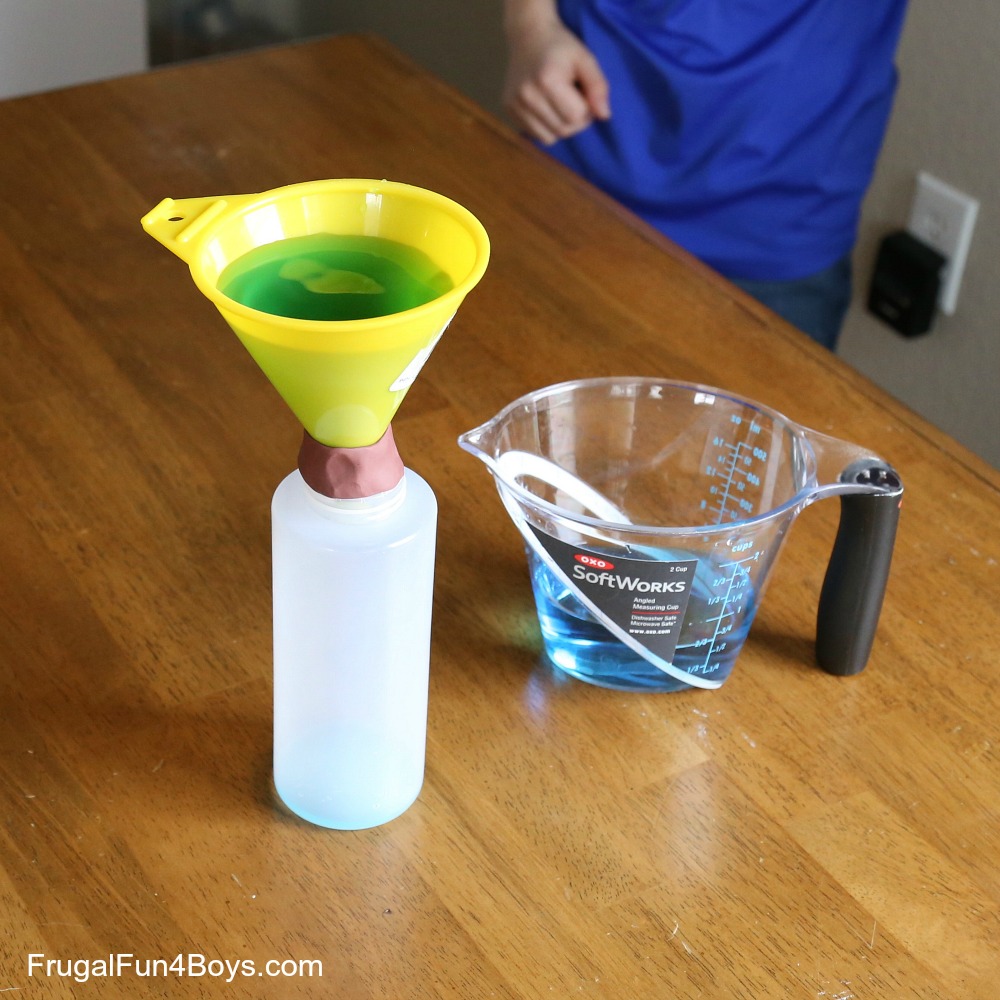 Science is so cool!

This post was originally published in April 2013 and updated January 2019. 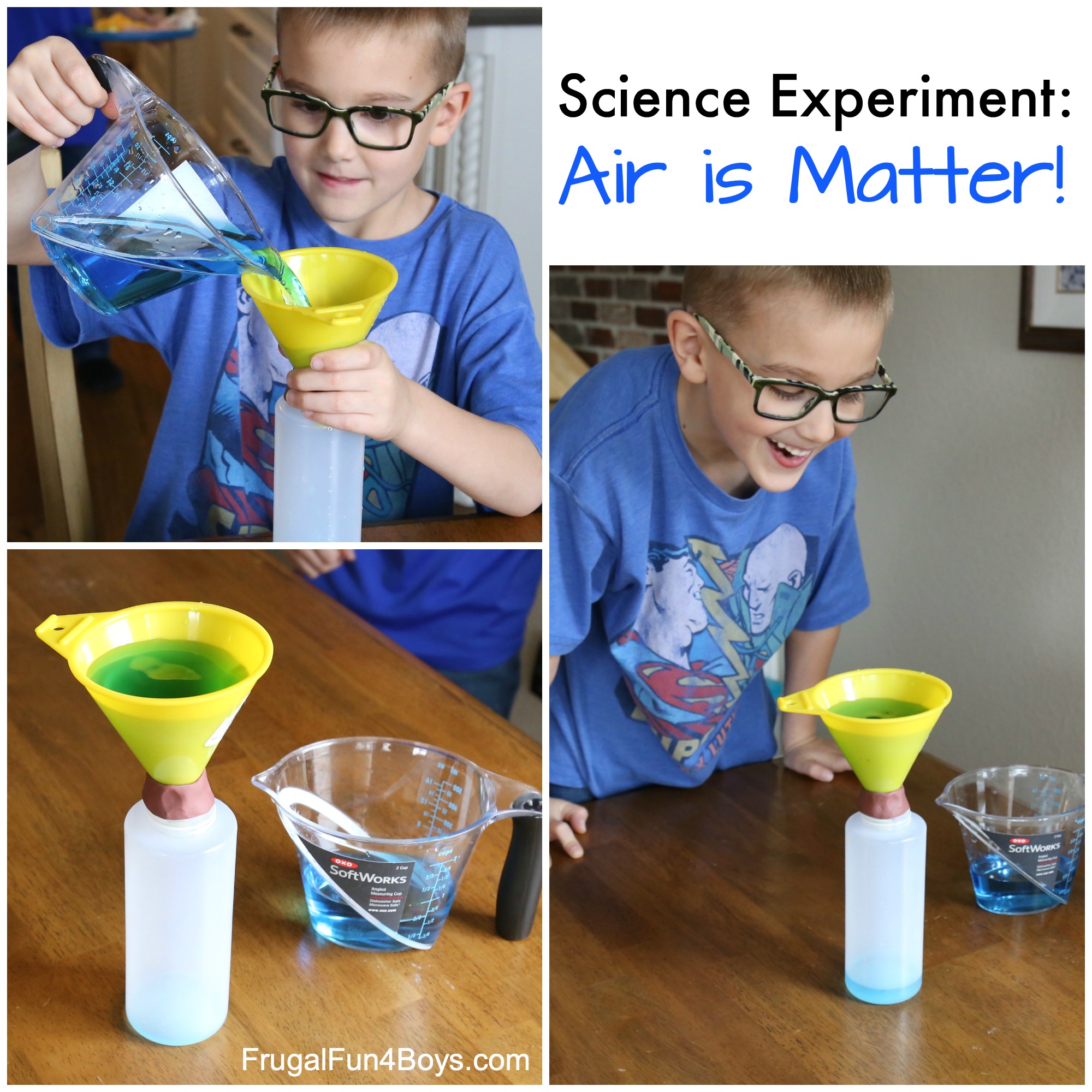