We had a lot of fun exploring Isaac Newton’s first law of motion with a simple science experiment!

To demonstrate inertia, we carefully loaded our toy wagon with a tall stack of board books. I told the boys that Aidan was going to push the wagon forward, and then stop suddenly. Even 3 year old Owen knew that the stack of books would fall over! I asked them to predict whether the stack would fall forward or backwards. Aidan guessed forward, and the other two guessed backwards.

Aidan pushed the cart forward (you have to accelerate very carefully for this): 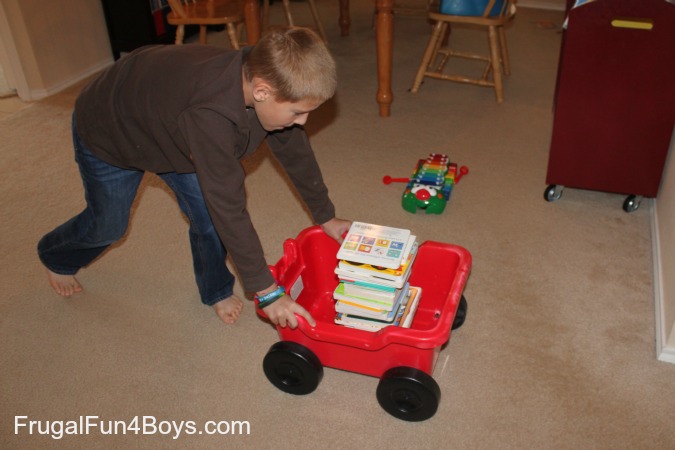 And then he stopped suddenly! 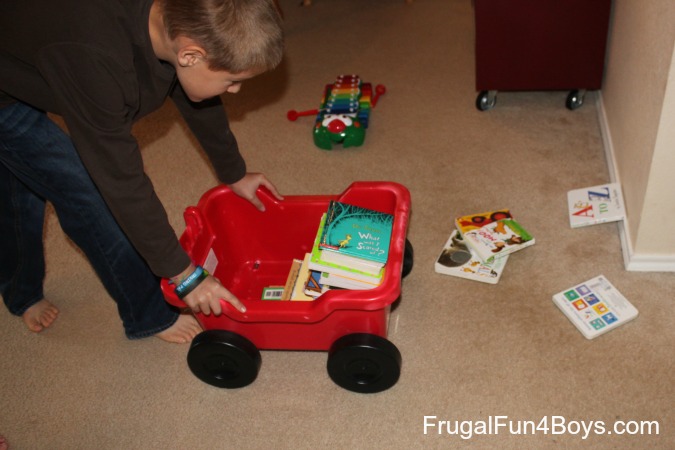 The books fell forward because of Newton’s first law – they were objects in motion, and they wanted to stay in motion!

Then, we tried stacking up the books again. This time, we pushed the wagon forward very abruptly from a stopped position. The books fell backwards because they were objects at rest wanting to stay at rest!

Then we tried an experiment with Owen’s favorite Playmobil Indian. We put him on top of the books. Aidan put a toy in front of the wagon to help create an abrupt stop.

Owen pushed his wagon until it ran smack into the toy, and his Indian flipped out of the wagon! 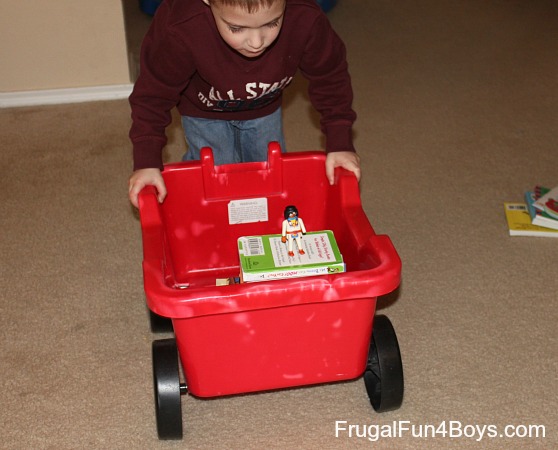 Application: Why do we need seat belts?

After our experiments, I asked the boys what their bodies would do if we were riding in the van and I had to slam on the brakes. They realized that we would fly forward, and that seat belts are a really helpful thing! (This makes a great demonstration too – apply the brakes firmly on a quiet neighborhood street when there are no cars behind you!) I asked Aidan and Gresham to write a paragraph about why people should wear seat belts.

Check out the rest of our physics series: