Grab some marbles! This simple science experiment is such an easy and fascinating way to demonstrate how energy is transferred from one object to another. 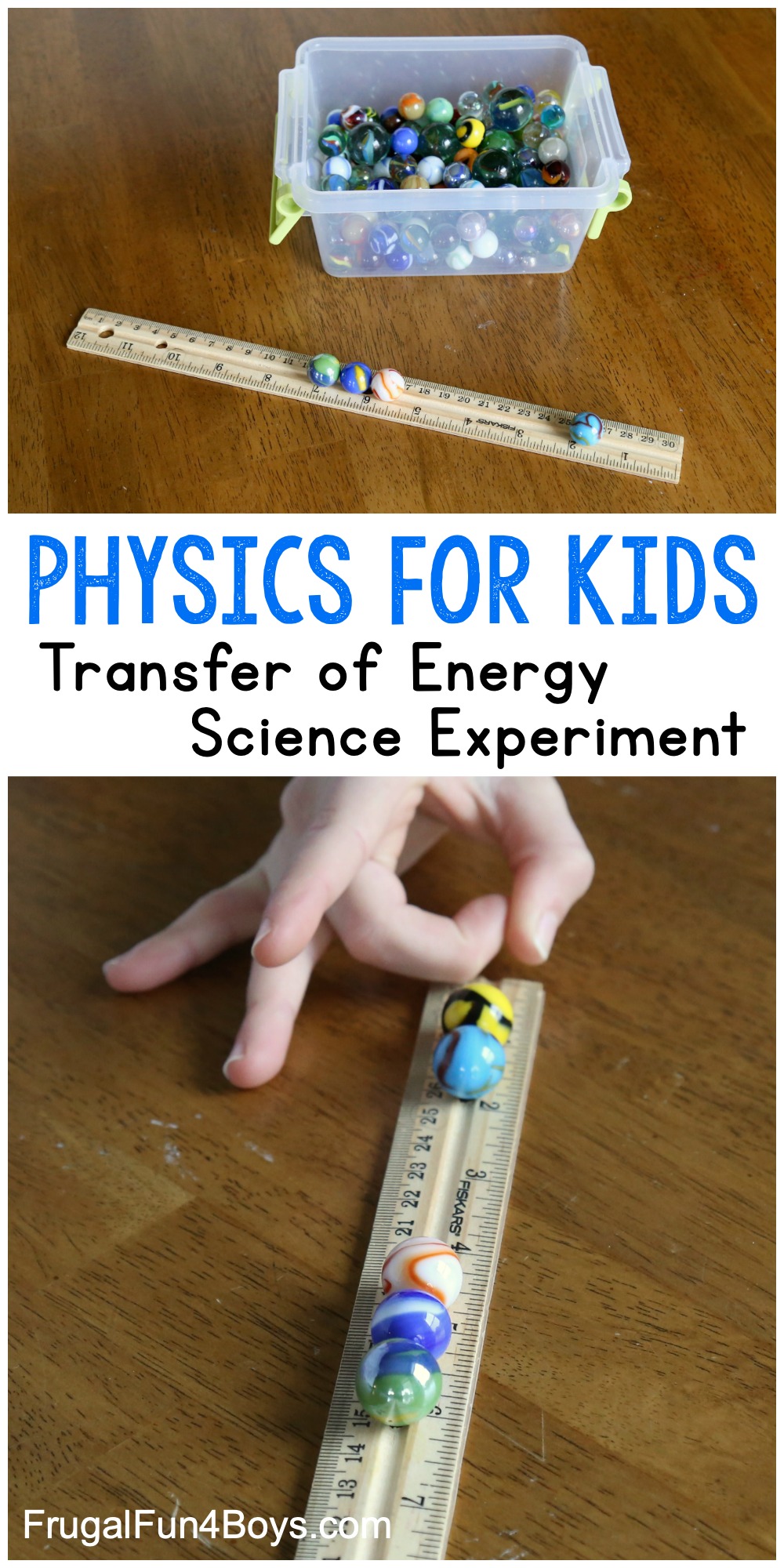 Then we did an experiment to further study the transfer of energy from one object to another.

For this experiment, all you need is a ruler with a groove in the middle and some marbles. 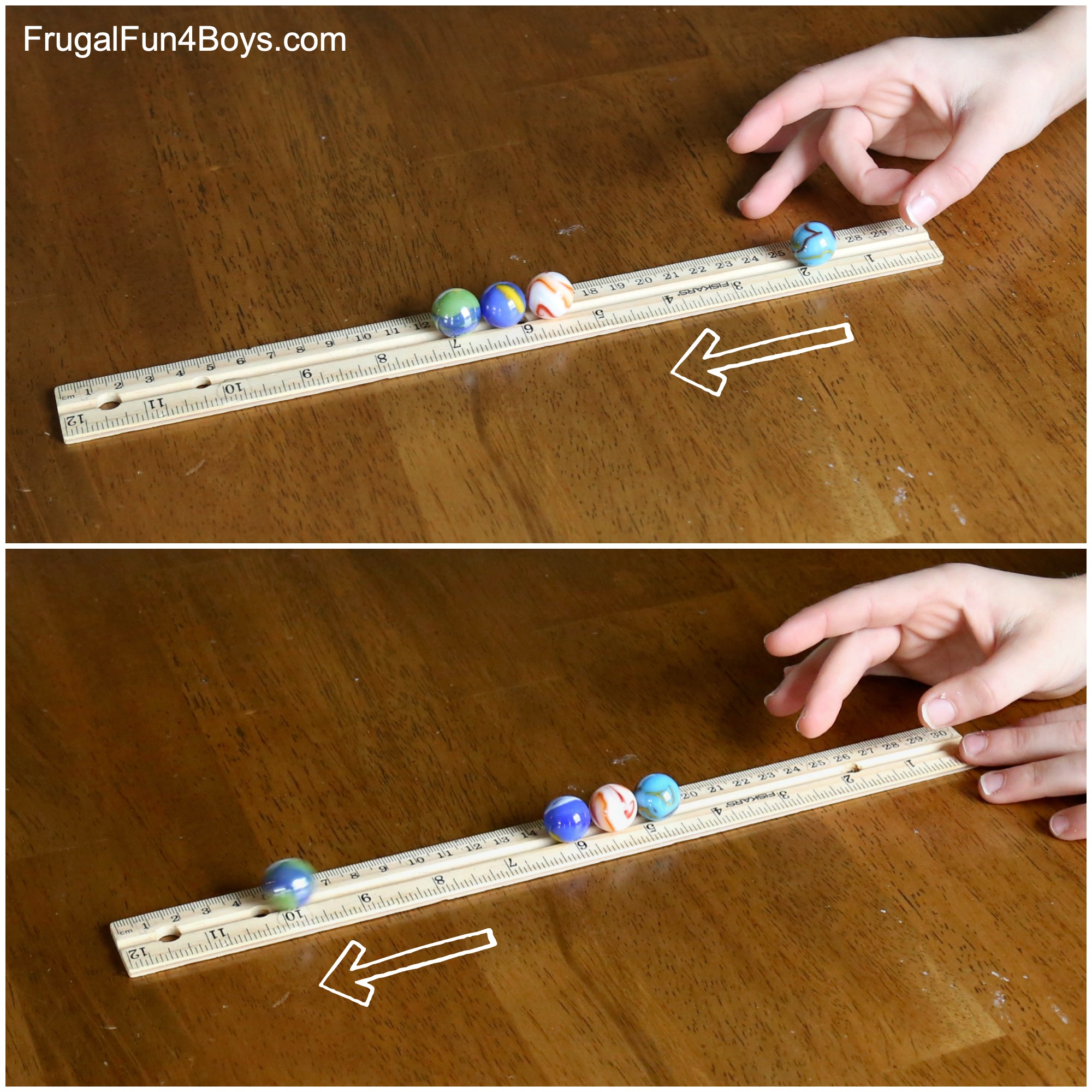 Surprise! Only one of the marbles rolled away! 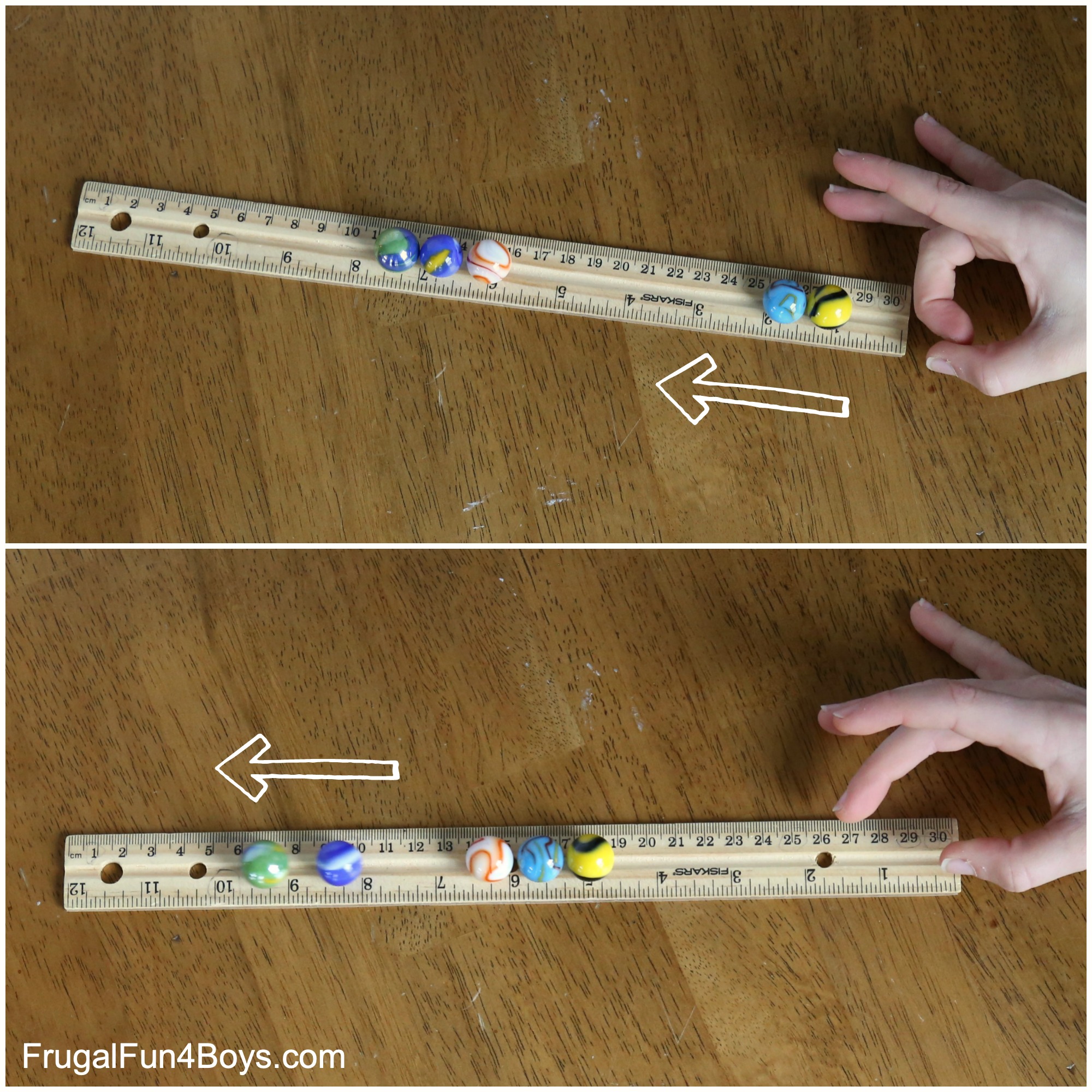 In order to get the best results with this experiment, you’ll want to make sure that the surface you are working on is level. Marbles roll away when you don’t want them to if there is any slant to your table!

Also, kids will need to give the marble a good, solid flick. Not too wild – you don’t want marbles all over the place! But too weak of a flick will not give you great results.

Lift water with a working Archimedes’ Screw – this is a lot of fun! 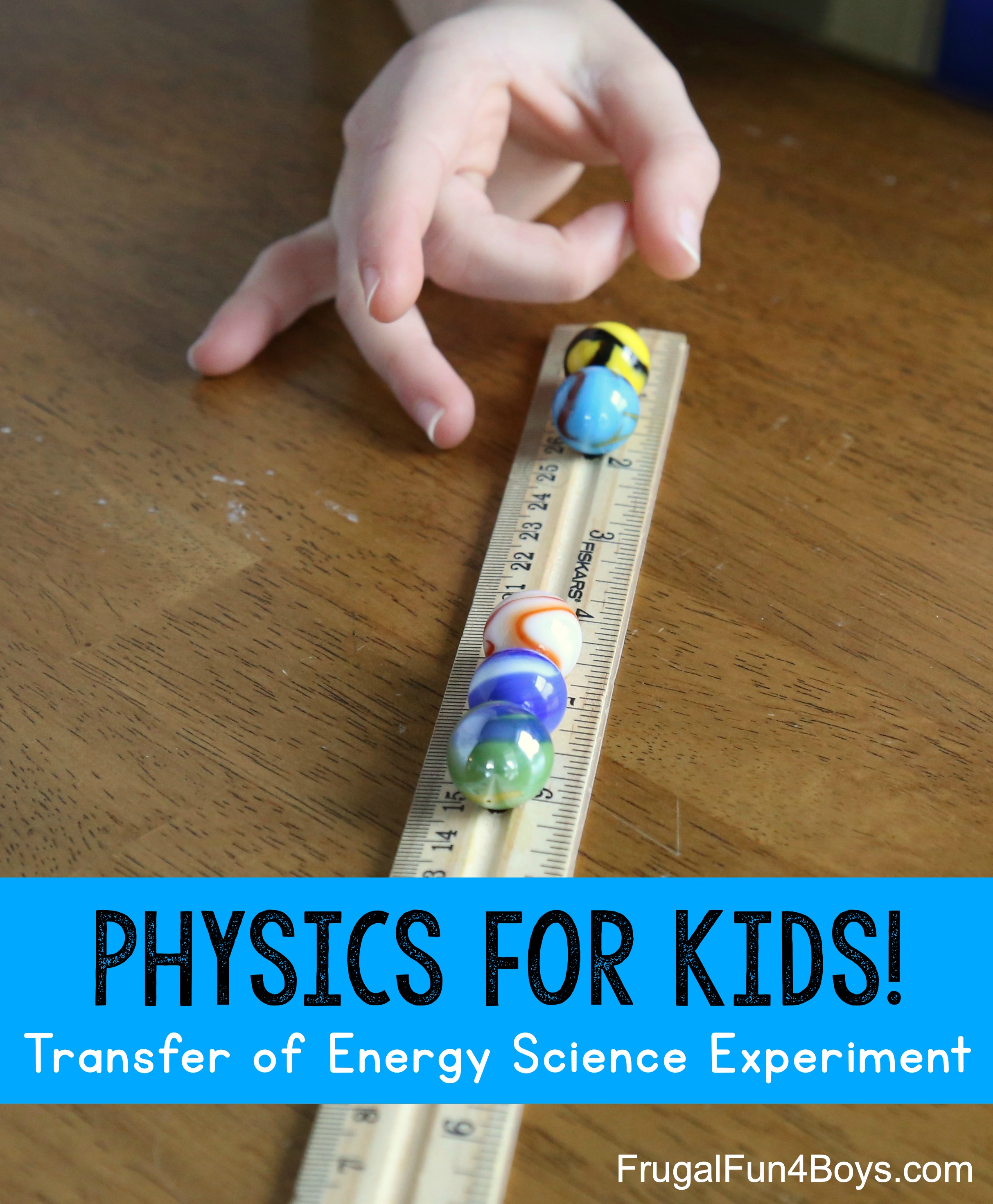