Kids will love creating stained glass projects with LEGO® bricks! This is a fun spin on a LEGO® building challenge that kids will really enjoy, and there are so many ways to approach it. Build a castle with stained glass windows, or a beautiful butterfly with stained glass wings. These projects are like sun catchers and look really cool displayed in front of a window. 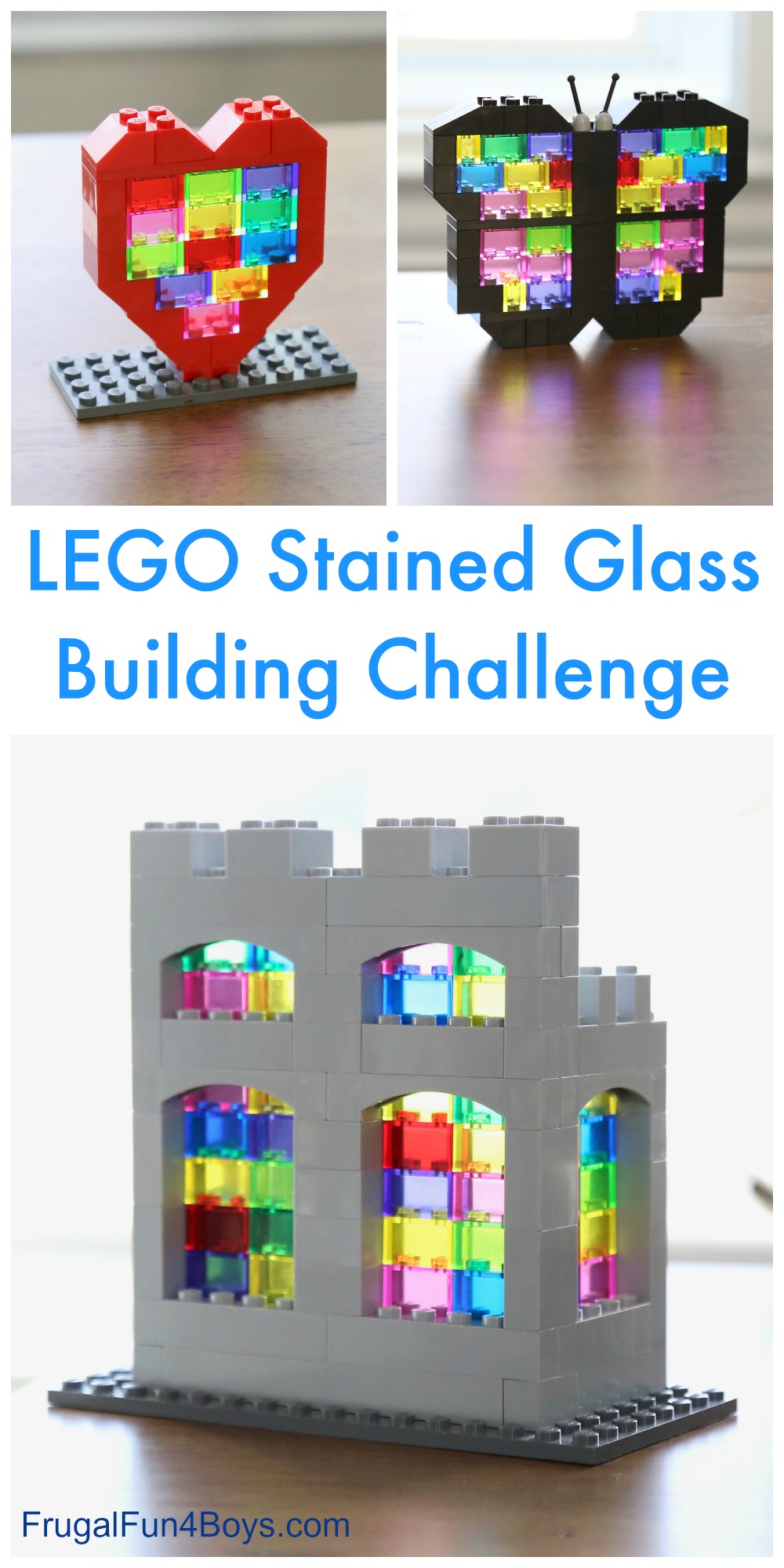 For these projects, you’ll need translucent LEGO® bricks. We have accumulated a little stash of them through the LEGO® Classic tubs that we have purchased. We did not have all of the projects in this post built at the same time though because we don’t have that many translucent bricks. But hopefully you’ll have enough translucent bricks on hand to build something!

For the heart, I built the outline of the heart shape first. Then I took the top off and filled in the center with translucent bricks. 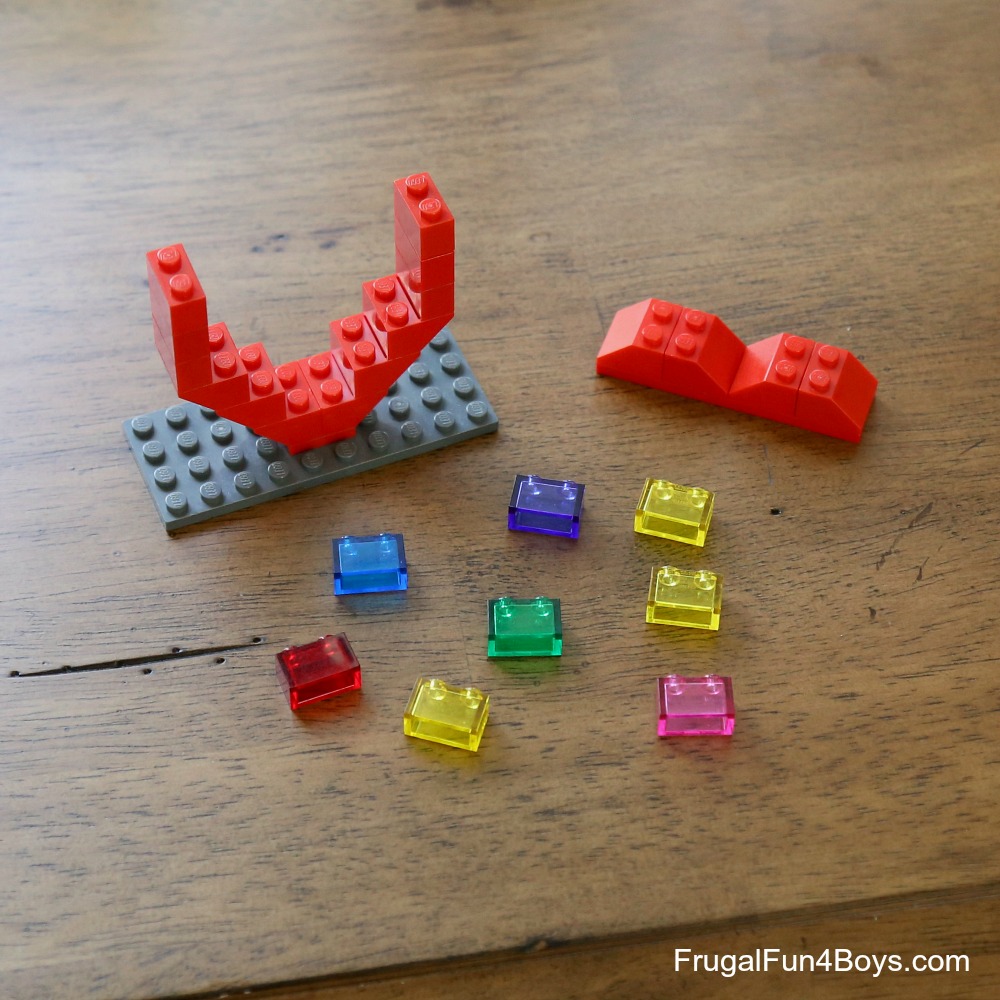 The frame of the heart is 2 studs deep, but I just used a one stud row of translucent bricks. 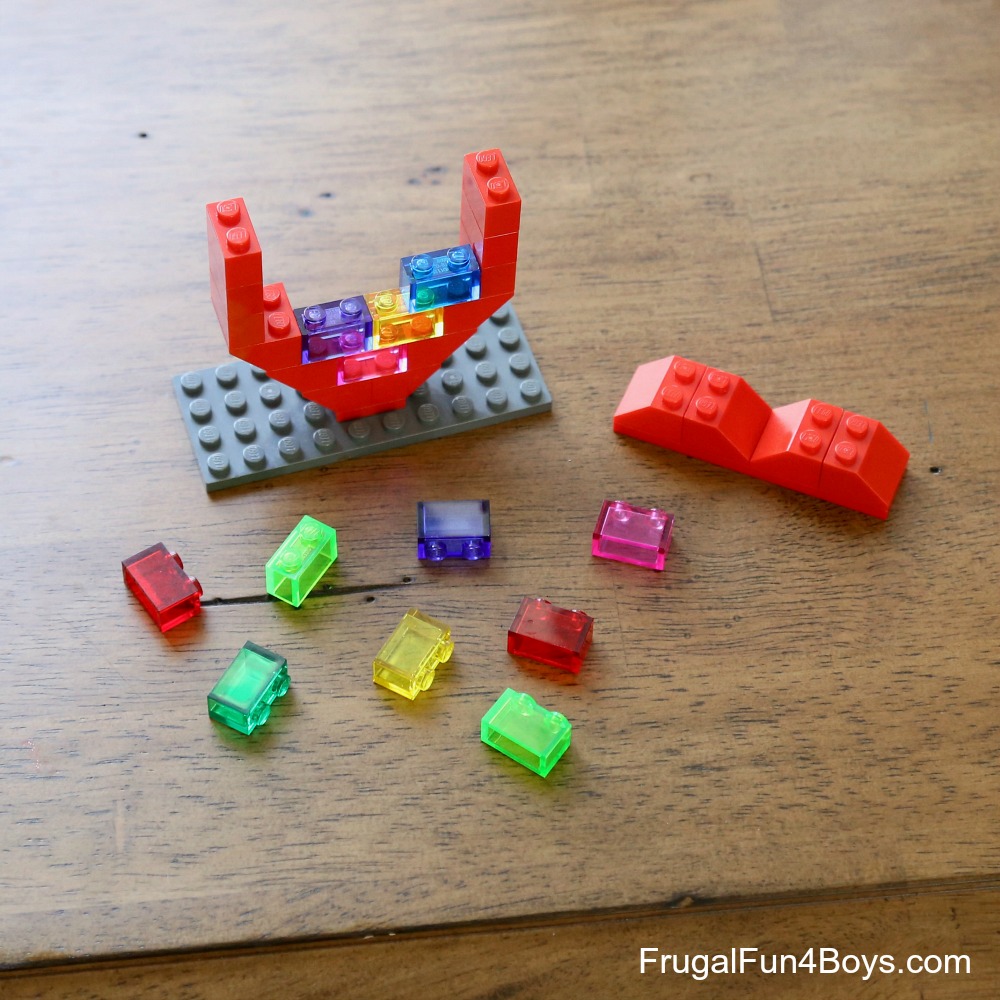 The finished heart looks so pretty! 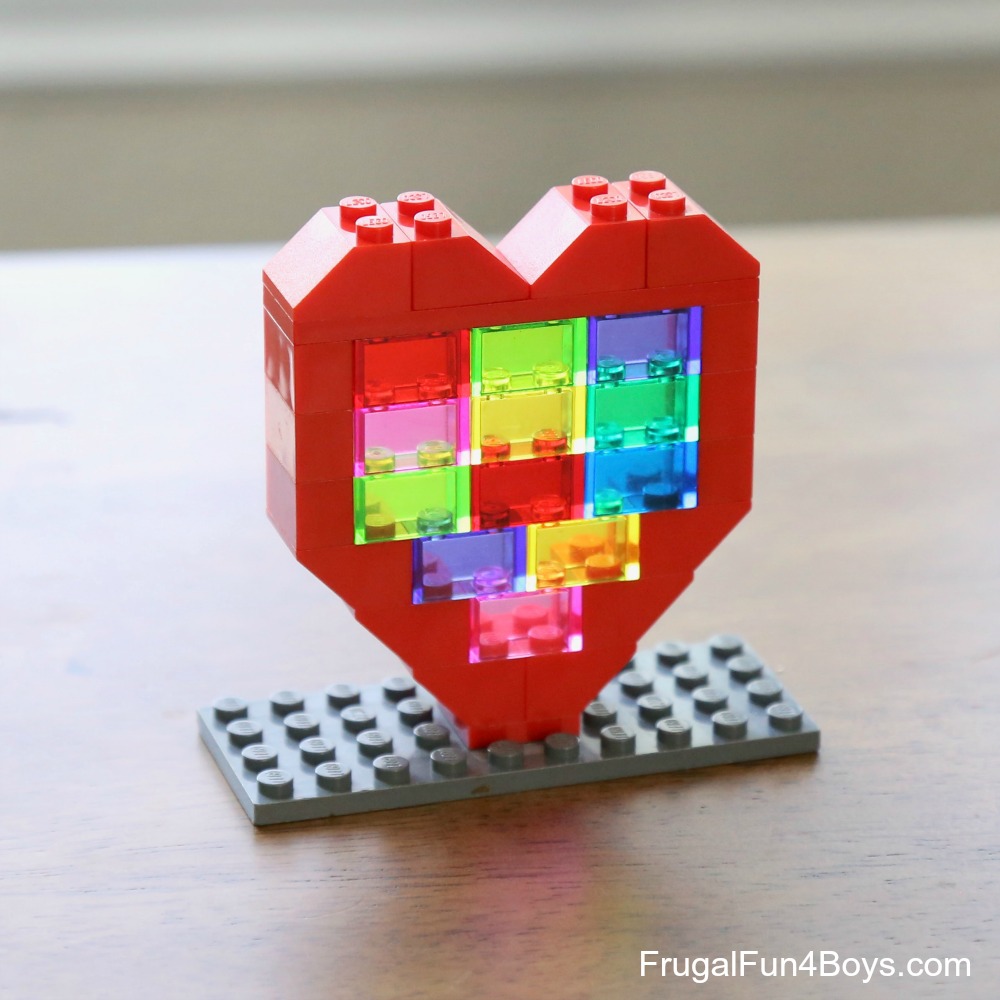 Here’s another idea – build a mini castle with stained glass windows. We had several 1 x 6 arch bricks that I really have no idea where they came from. Challenge kids to use whatever arches or special bricks they have to create window openings. 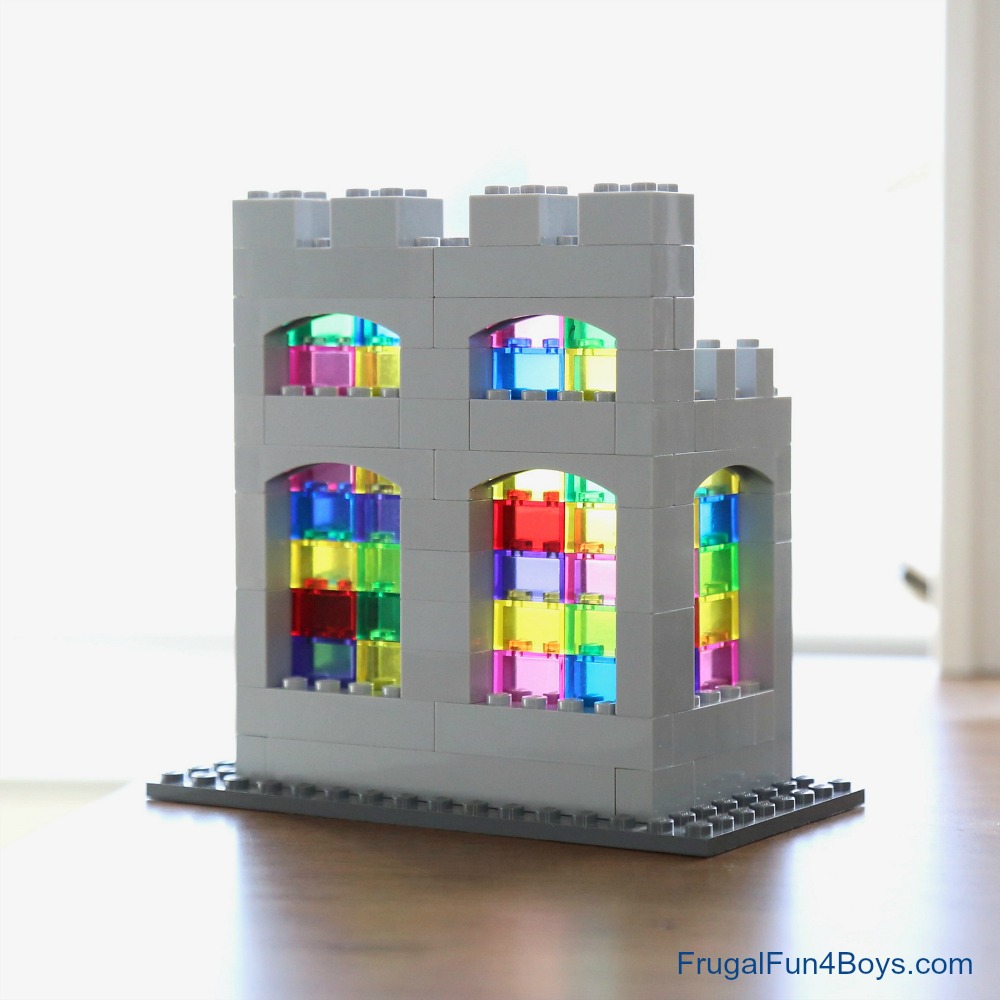 Here’s a view from the other side. The base of the castle is 2 studs deep. The row of studs on the outside has the window openings, and then the translucent bricks are on the row behind that. 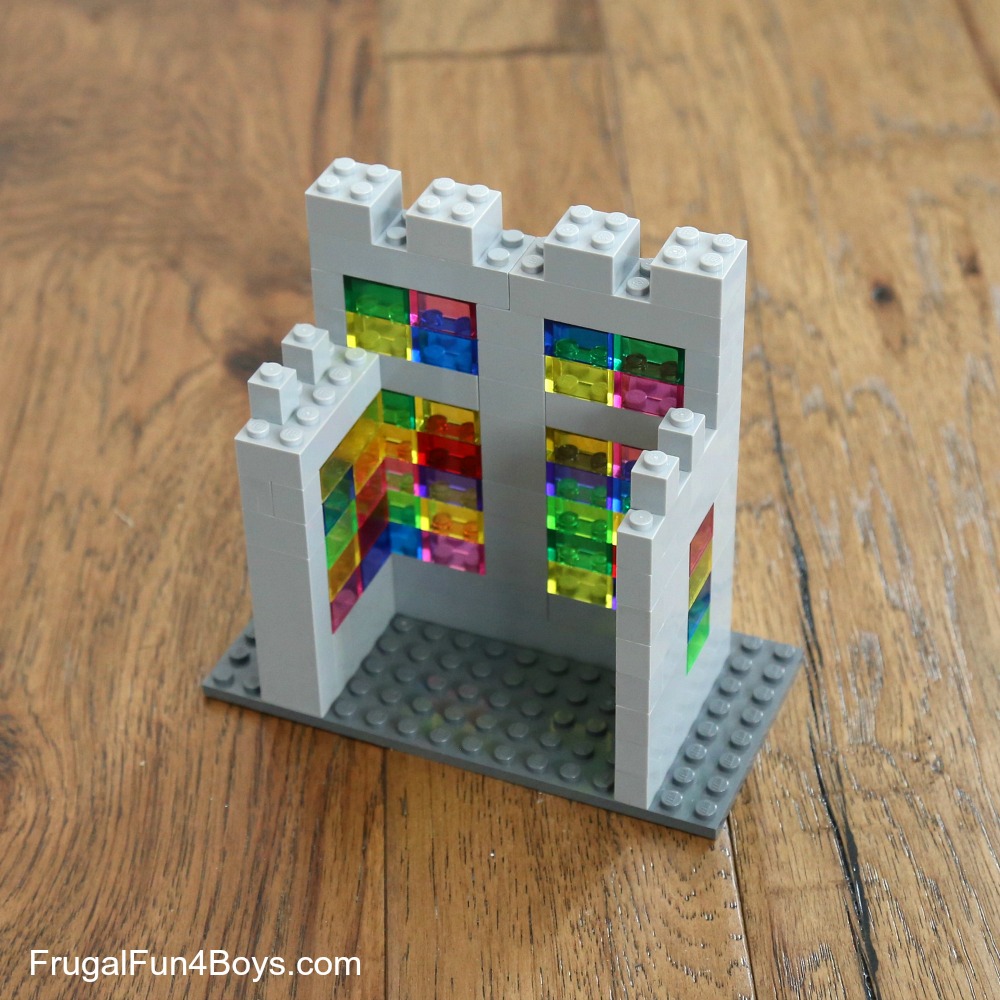 I didn’t have enough arches to make both sides the same, but it doesn’t matter. It still looks really cool! 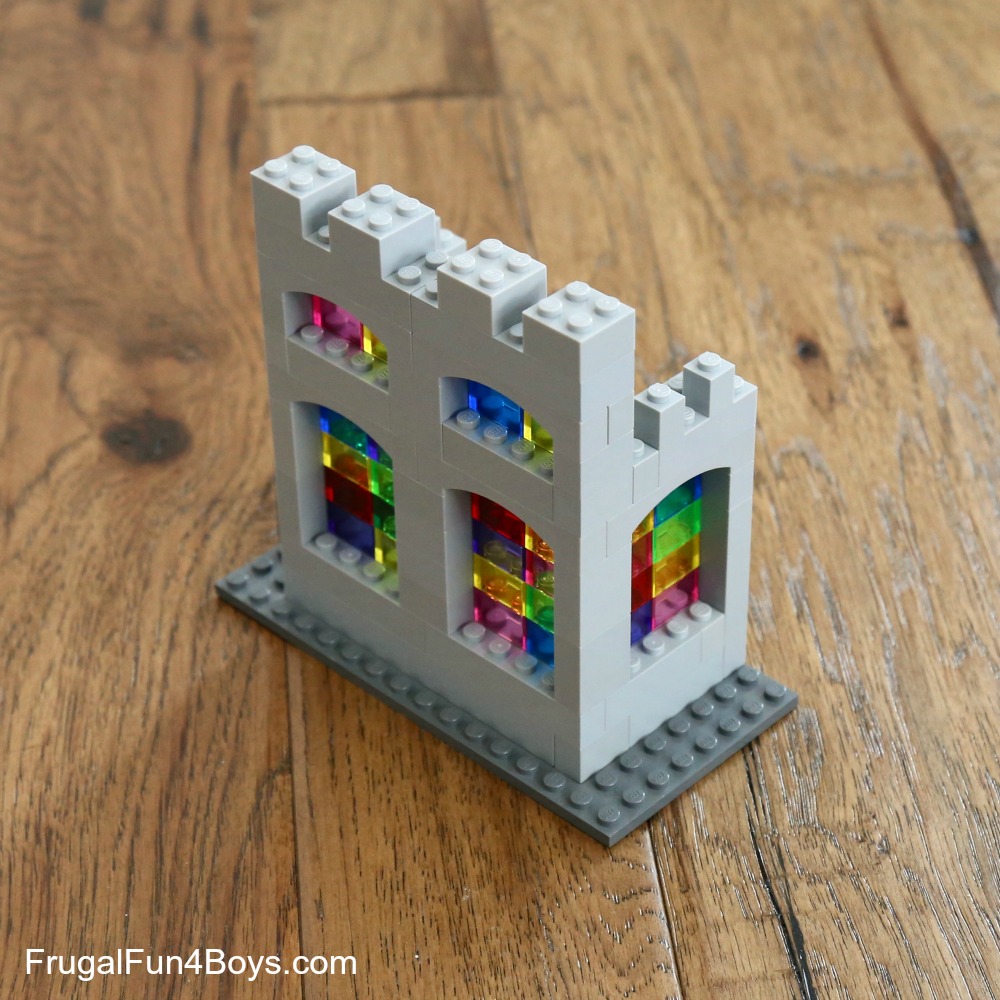 Here’s another variation on the castle idea with a different type of arch brick at the top. 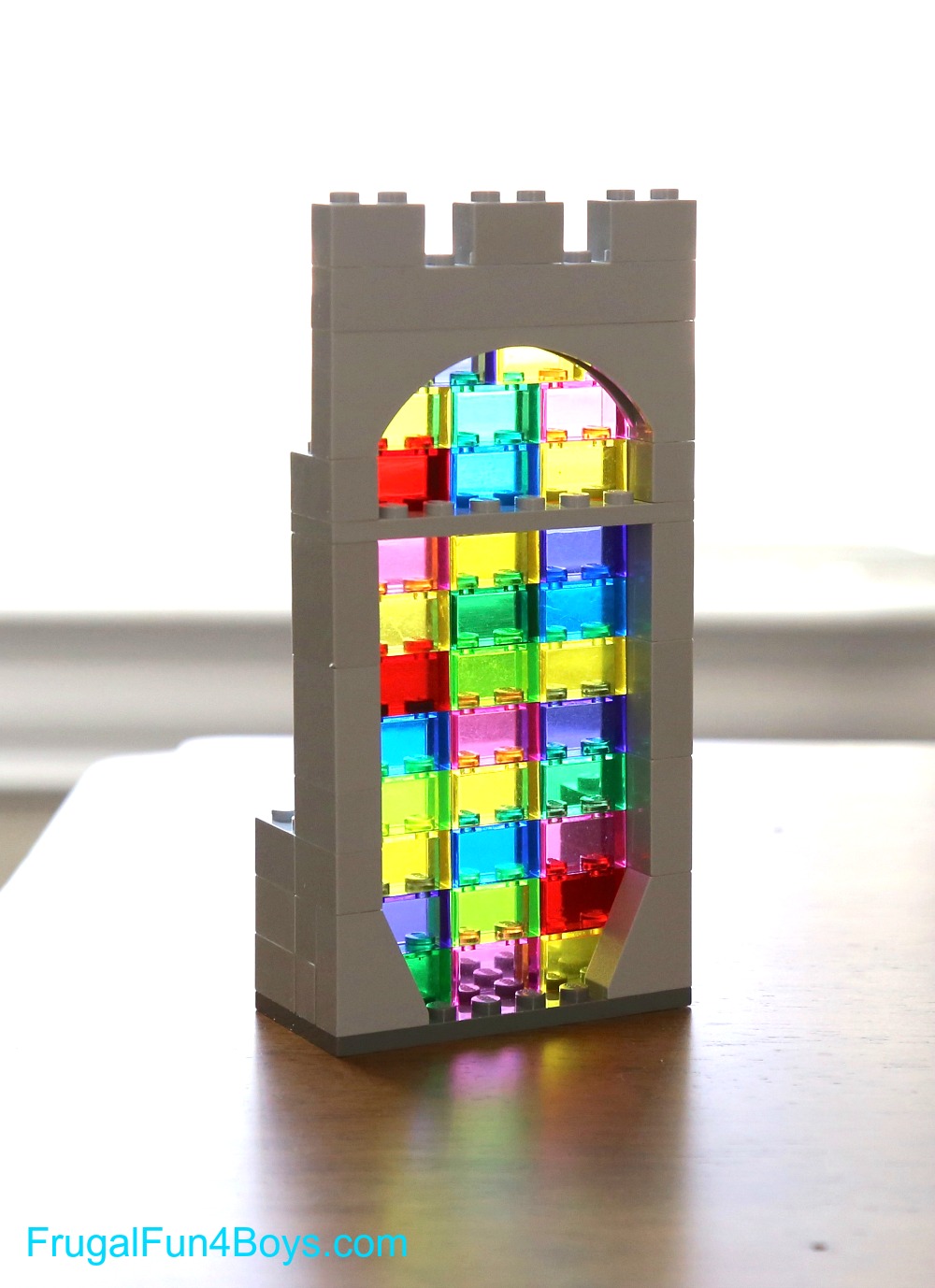 My 9 year old has been my idea guy lately! He contributed several ideas to our new beginner LEGO® projects post. He suggested that we should create a stained glass butterfly, and it turned out so great! 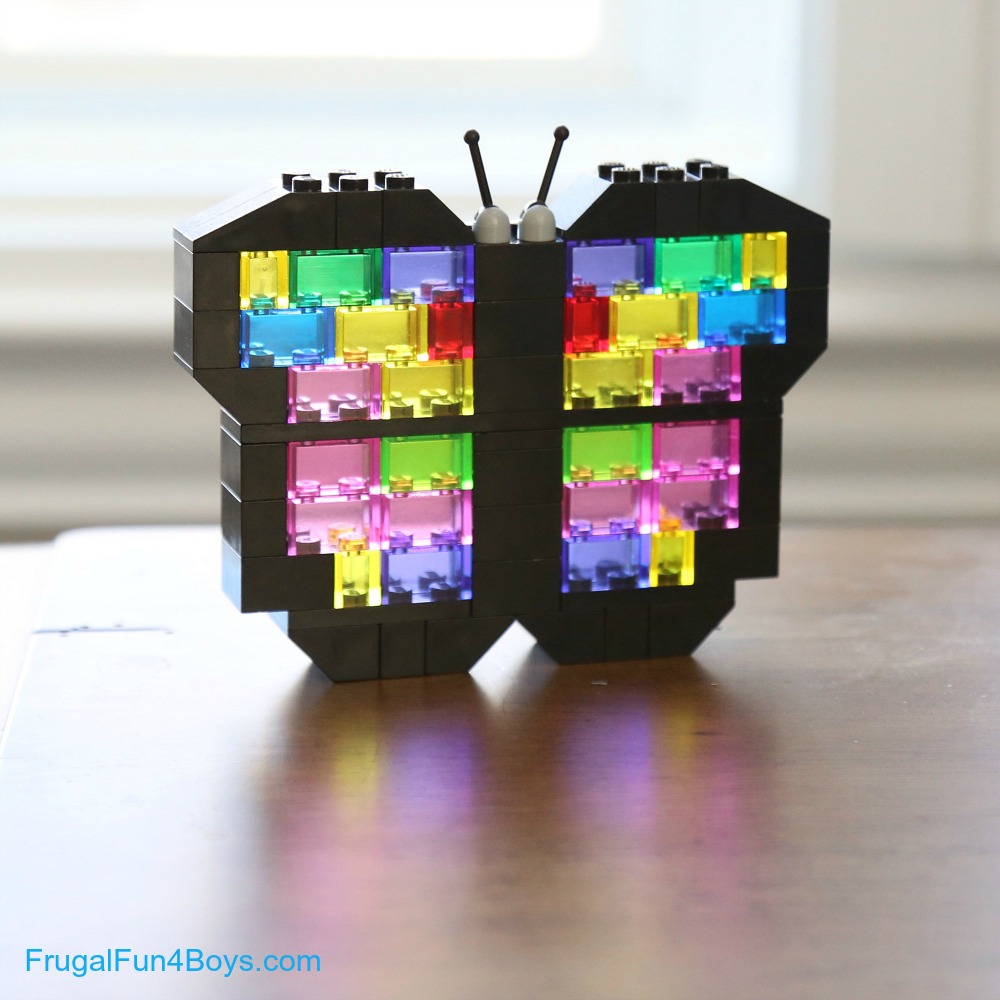 Like our other projects, the frame of the butterfly is two studs wide, but the translucent bricks are just one stud wide.

We only own translucent bricks that are 1 x 2, so in spaces where I needed just one stud, I turned the bricks sideways. You can see that in the next photo. 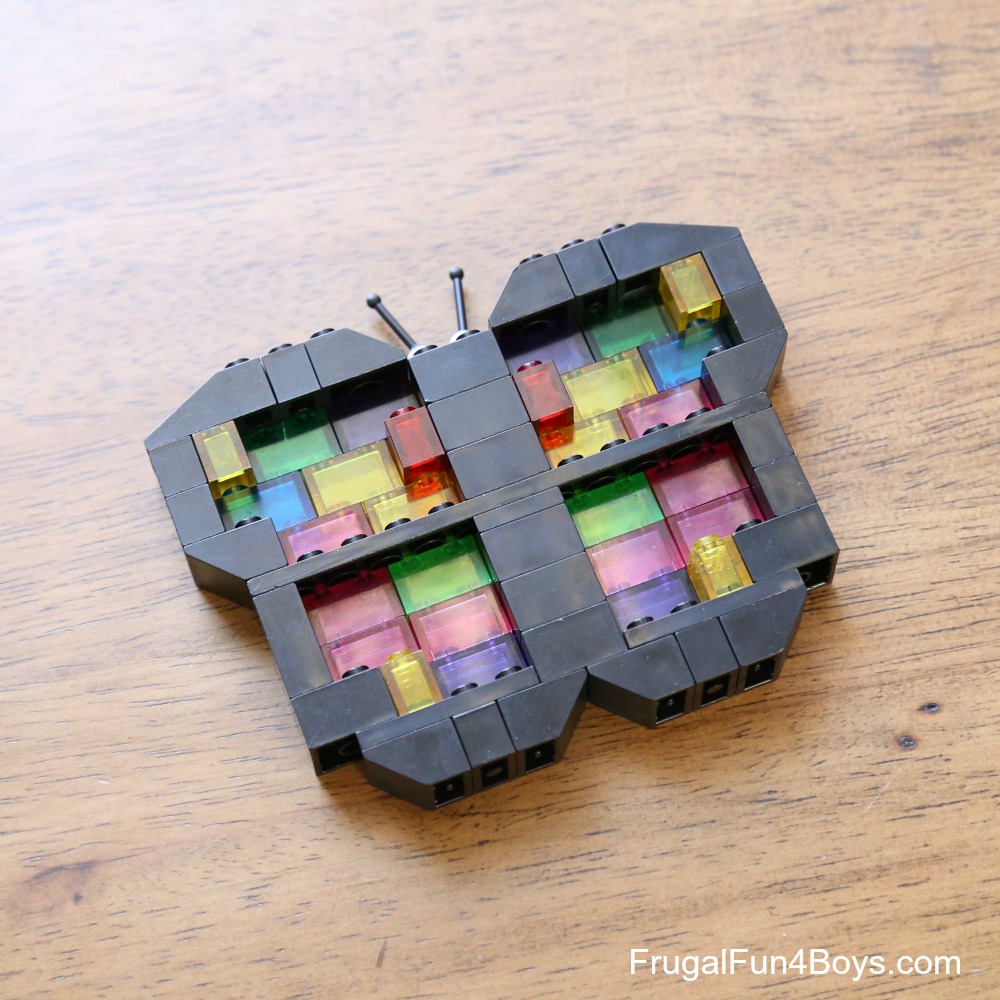 What will your kids create with translucent bricks? This would be a great project to do with a LEGO® club or library maker space. You can order extra bricks on Lego.com or from Brick Link.

These LEGO® sets have translucent bricks:

Classic Creative Supplement – has 6 of the 1 x 2 translucent bricks.

Classic Creative Bright Supplement – has 10 of the 1 x 2 translucent bricks.

*Both of these should be $20. Don’t pay more than that on Amazon – sometimes they raise prices when stock is low.

I have a post explaining how to order on Brick Link as it’s a little complicated at first! Once you get the hang of it, it’s an easy way to order just the pieces you need. 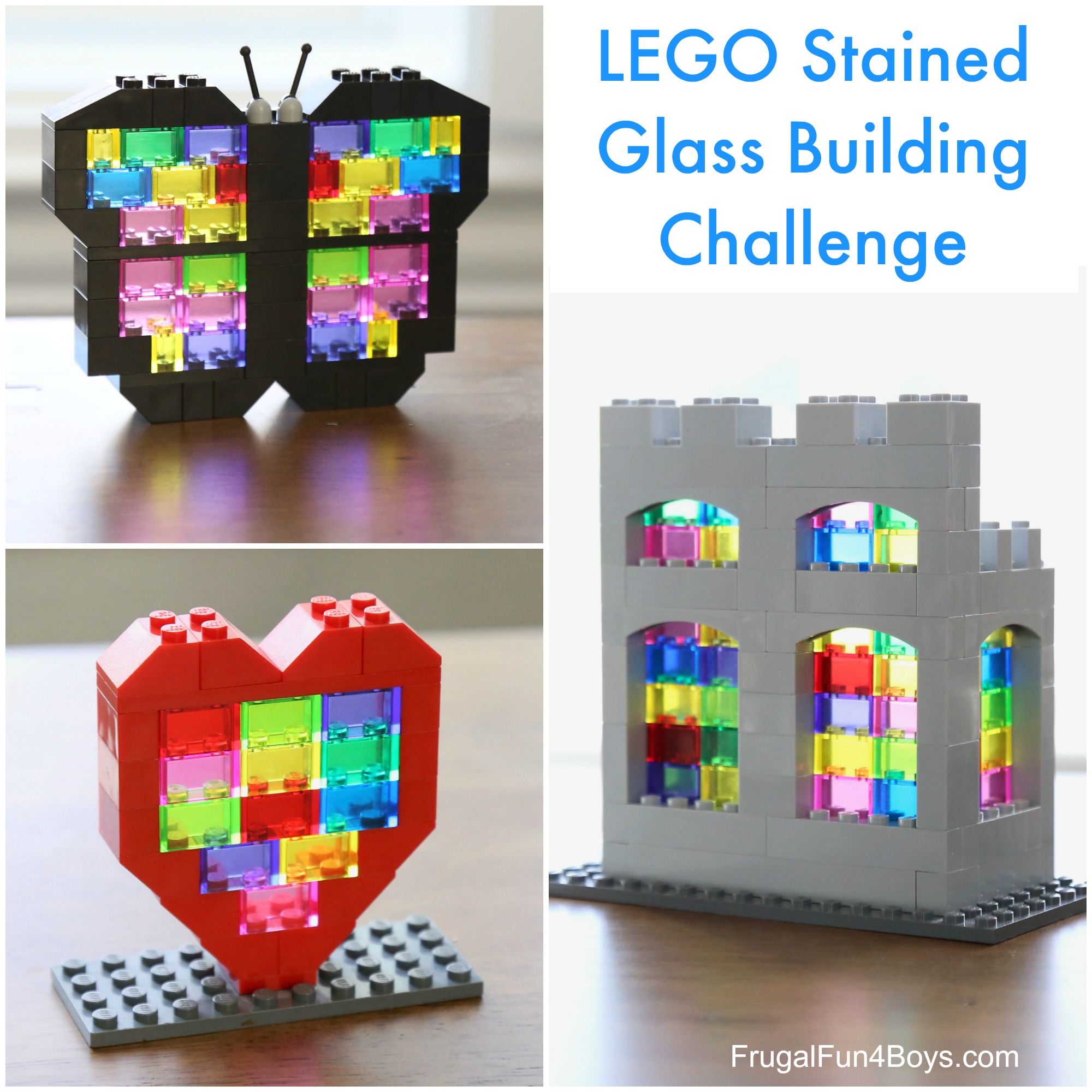