Today, the boys and I had the opportunity to volunteer at the Dallas branch of the Institute for Creation Research. 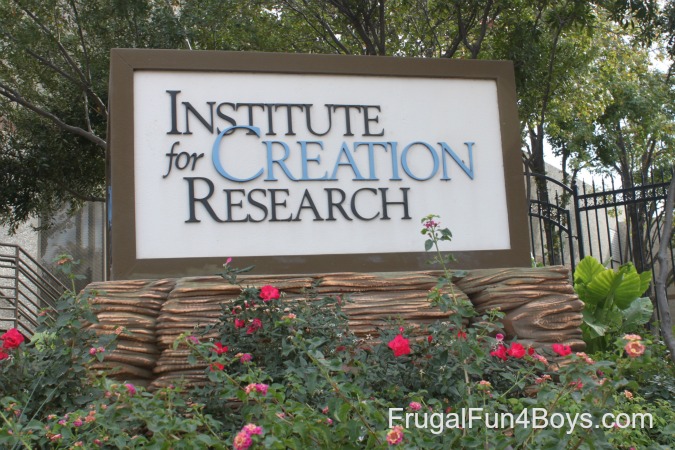 We found out about this volunteering opportunity yesterday evening, and I made a last-minute decision to scrap our school plans for the day and drive to Dallas. I was so glad that I did!

The boys worked in an assembly line with some other kids stuffing bags with pamphlets and magazines to be handed out at conferences. I worked with other adults on packing books and letters to be sent to donors of the Institute for Creation Research. The man who was in charge of the project explained that it costs about $6,000 to get a mailing company to pack that number of books and put on address labels, and so he wanted to see if the volunteers could efficiently pack and address the books so that more of the donor money could go to research and not to hiring another company to do it. I was thankful for the opportunity for the boys to see that our work was helping the ICR in such a specific way!

We were treated to a BBQ lunch and a talk by one of the ICR scientists on the discovery of the “God-particle” and what that means for creation science. The talk was geared more towards the adults, but Aidan recognized the law of conservation of energy, since we just learned about that in science this week! 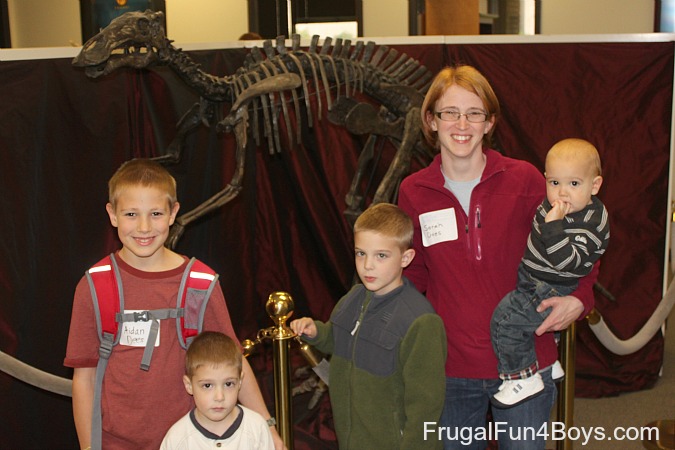 The boys, especially Gresham – our dino fan, enjoyed seeing this hadrosaur skeleton. One of the scientists told us that this skeleton was discovered in Edmonton, Canada, and was about 95% complete, which is very rare! He also said that fossils of small mammals, ducks, and modern plants were also found around the dinosaur fossils. Unfortunately, that information is left out of books about dinosaurs!

We were given a copy of this book when we were finished working, and it is a fabulous resource. I don’t see it available yet on the ICR site – it says that it was just published in October 2012. This book covers all kinds of information about the flood and answers questions such as how Noah fit all the animals on the ark, how Noah cared for the animals, and what scientific evidence says about the flood. 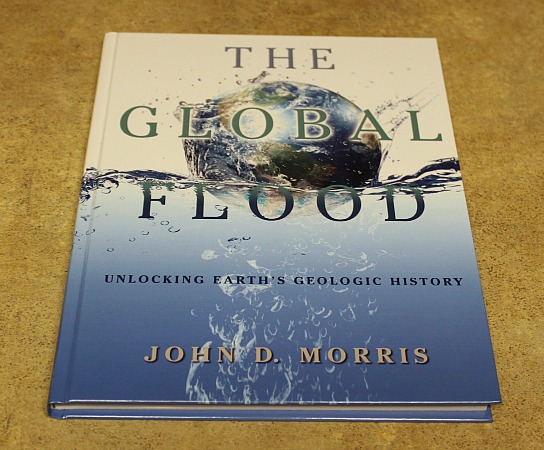 We had such a great day, and the boys are hoping to go back and volunteer again!