Decorate for fall with woodland animal pumpkins – an owl (my favorite!), deer, and raccoon! This fall pumpkin craft is fun for either kids or moms. Use felt to make the faces, and since you aren’t carving the pumpkins they will last all season long!

We had so much fun making these fall animal pumpkins! The ones pictured are ones I made, but kids can totally do this project as long as they are old enough to cut on felt. We have found that a good pair of fabric scissors makes it much easier to cut on felt. Also, I recommend using a low temp glue gun, and then kids as young as 7 or so (depends on the child) can operate the glue gun.

We found these mini pumpkins at the grocery store – aren’t they cute? Only 99 cents each too!

For the owl, I did two layers of felt for the eyes, and then glued googly eyes on top. I bent pipe cleaners to be the feet. 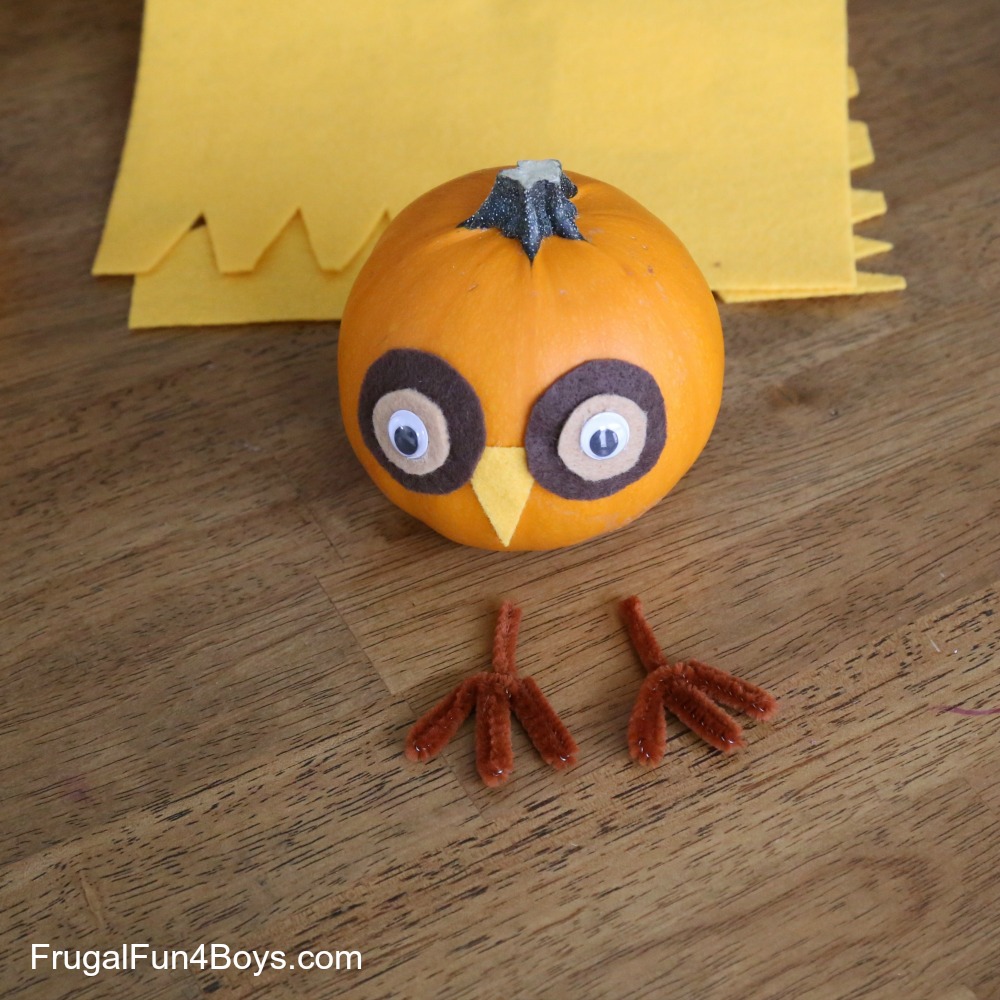 The nice thing about hot gluing on pumpkins is that the glue easily peels back off if you make a mistake! 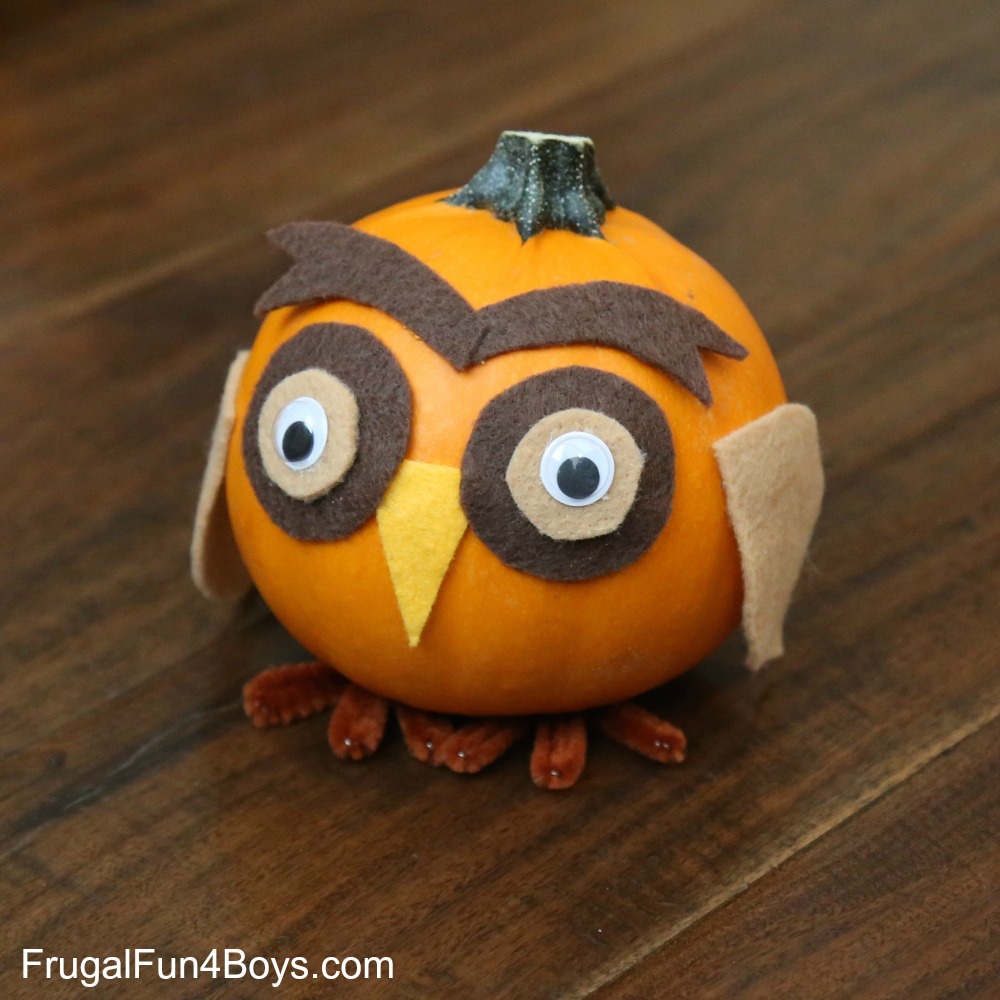 Here’s a better view of the wings. The owl didn’t look complete with just eyes, beak, and feet, so I added wings and brow feathers. 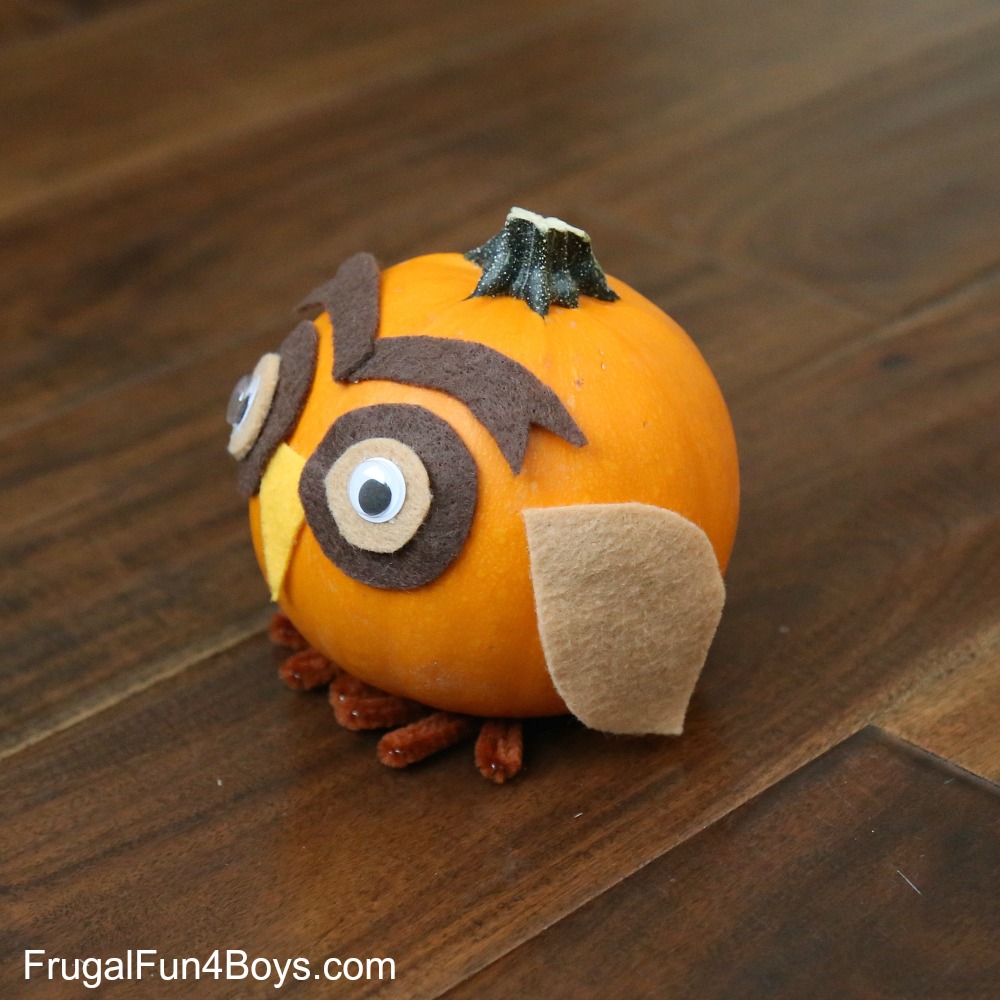 This one was actually supposed to be a fox (ahem), but when I finished everyone agreed that it looked like a deer! At least it’s a cute deer. 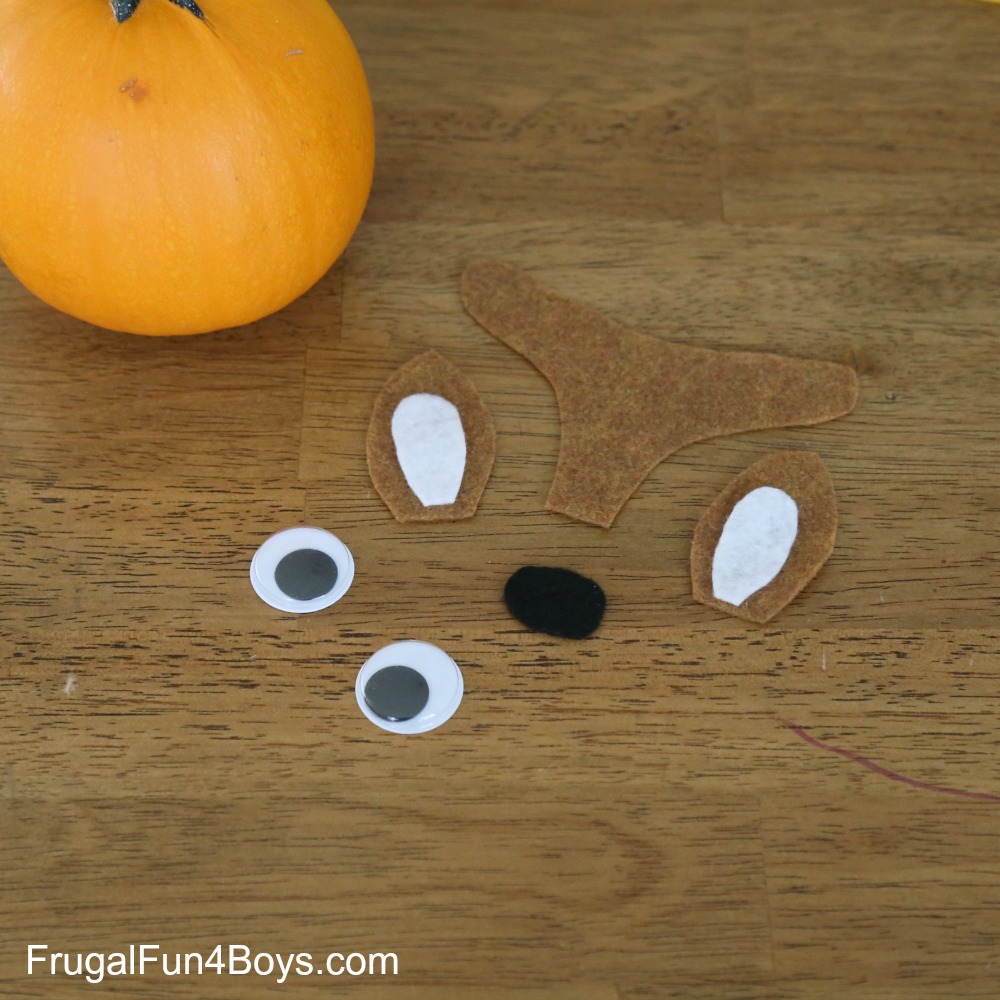 Maybe the ears should have been more pointy? I don’t know. But it definitely looks like a deer. 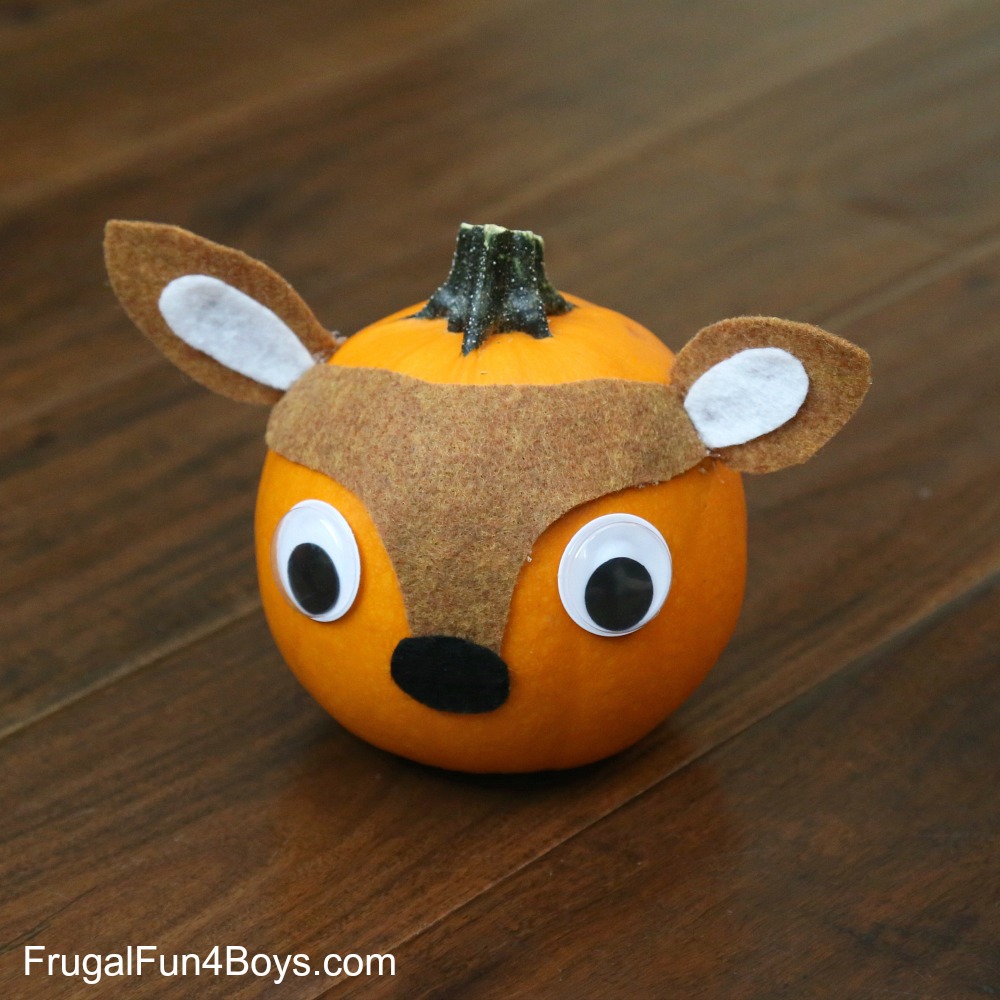 The raccoon only looked so-so until I added the tail. It definitely needs a tail!

Also, I cut a small slit on each side of the face so that I could glue the felt down flat. The ears are only glued at the base of each ear, and then they stick up off the pumpkin. 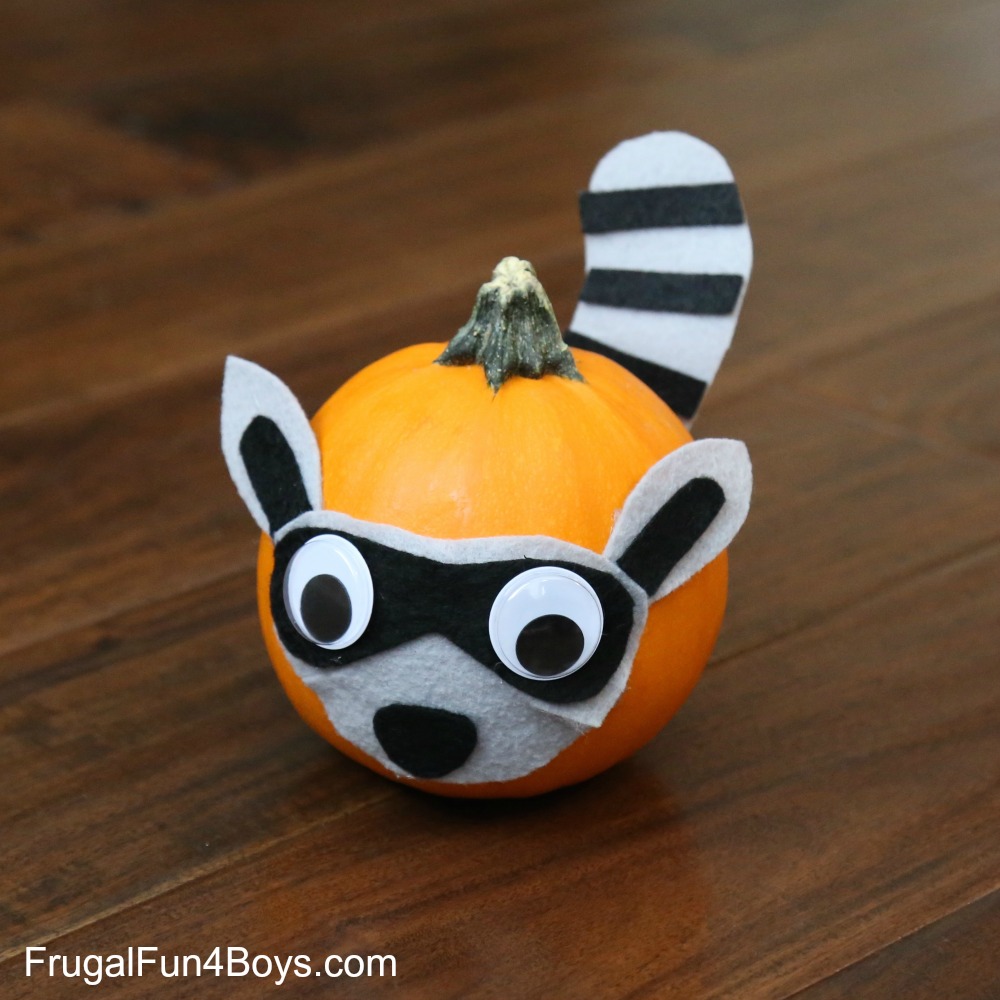 This photo shows how I positioned the tail. (It’s obviously quite simple!) 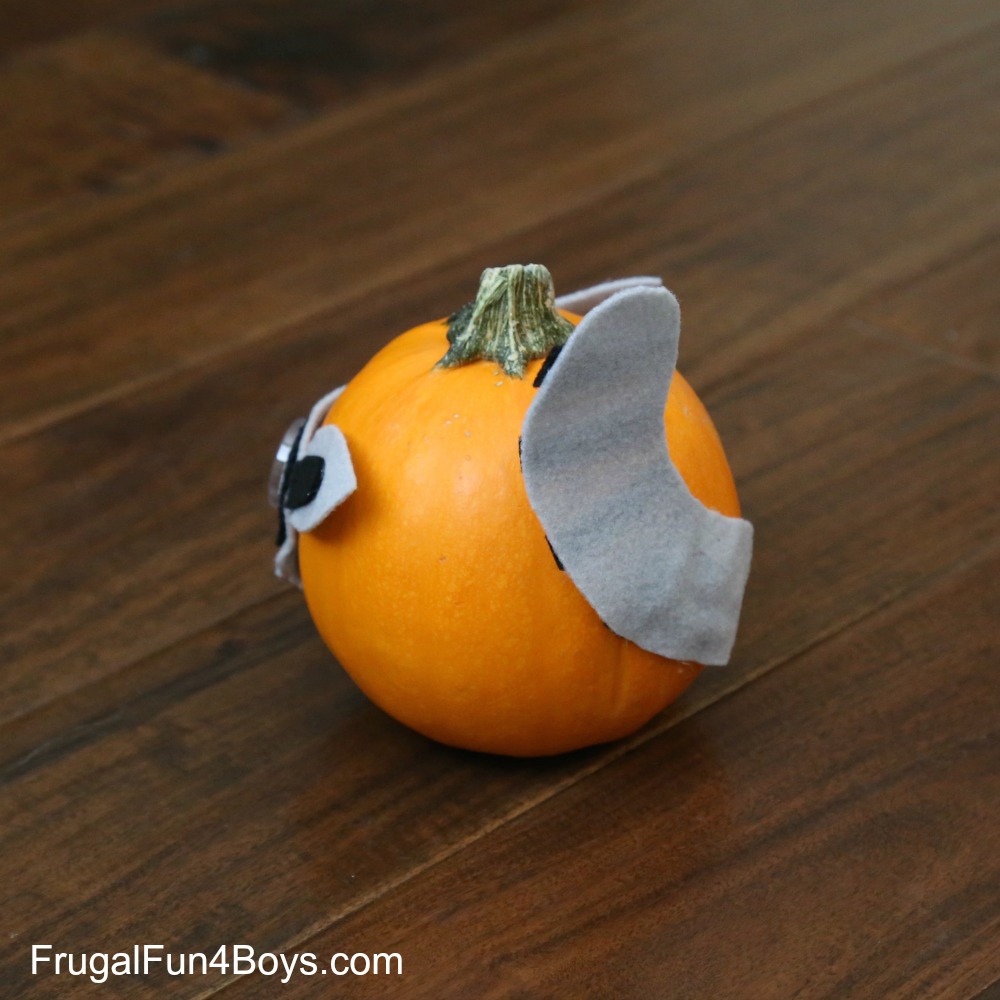 We have the pumpkins displayed on our mantle, and they look so adorable! 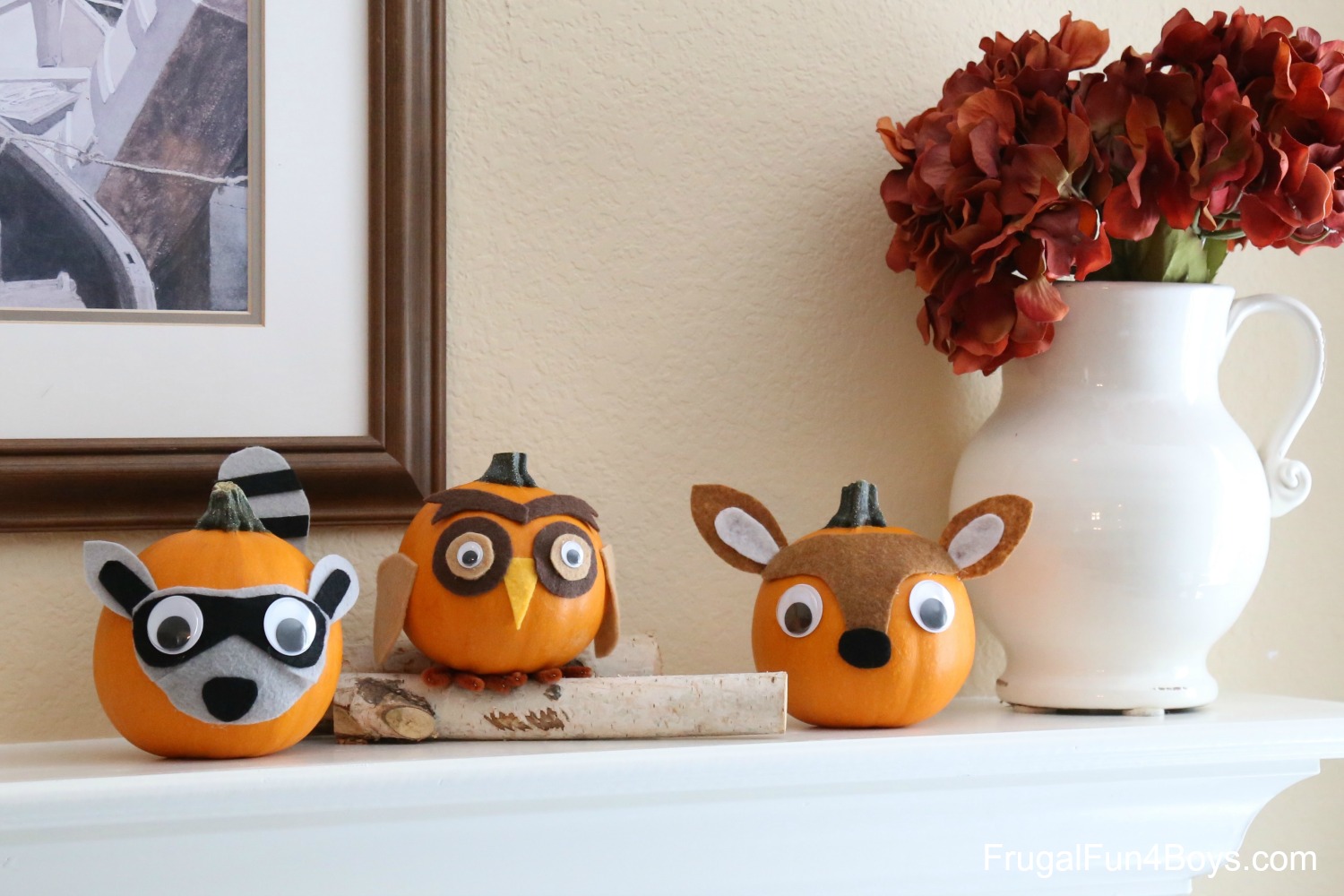 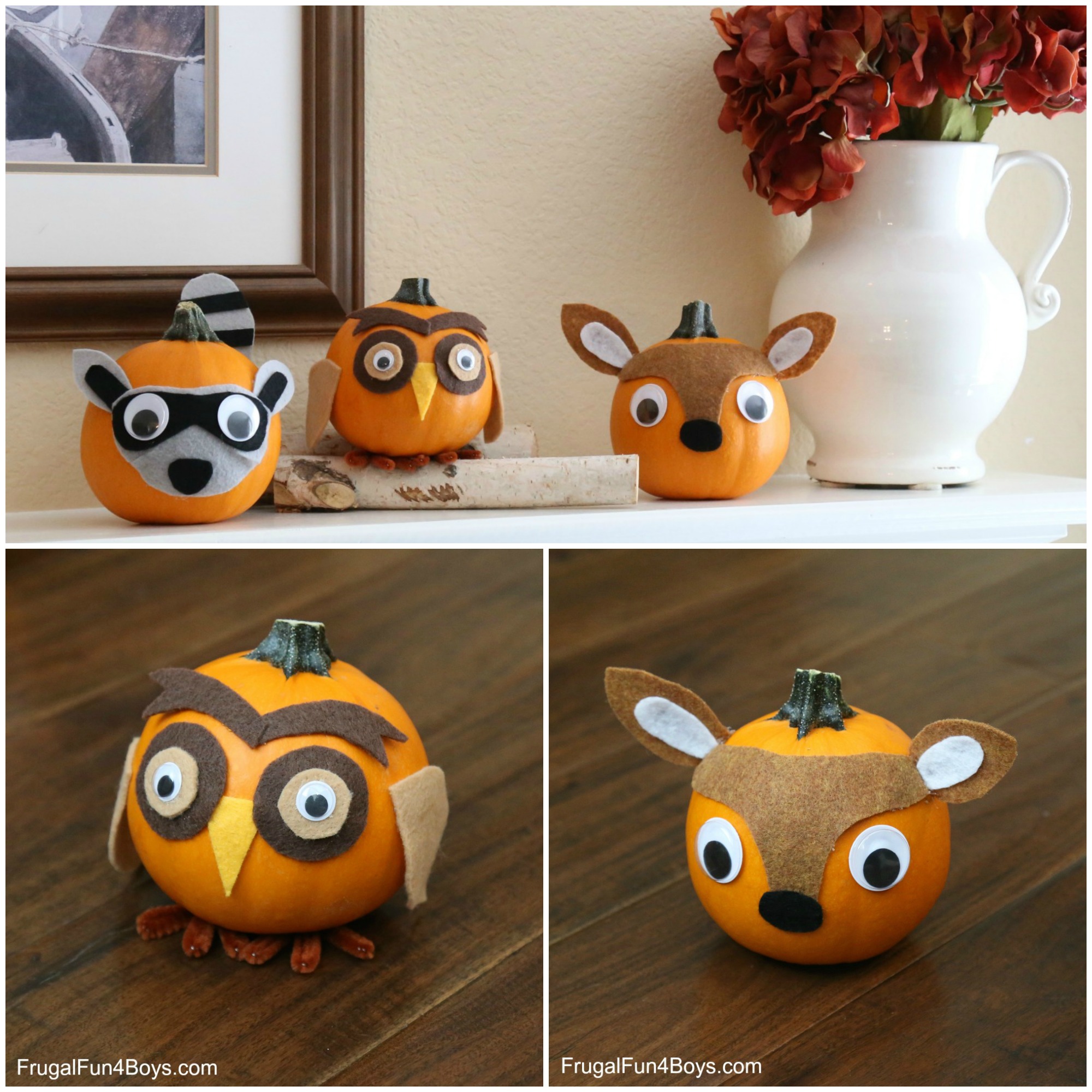