Here’s a fun idea for a homemade Valentine to make and give – “You’re the Bomb!” candy Valentines!

Aidan and I enjoyed making these for his friends at school. 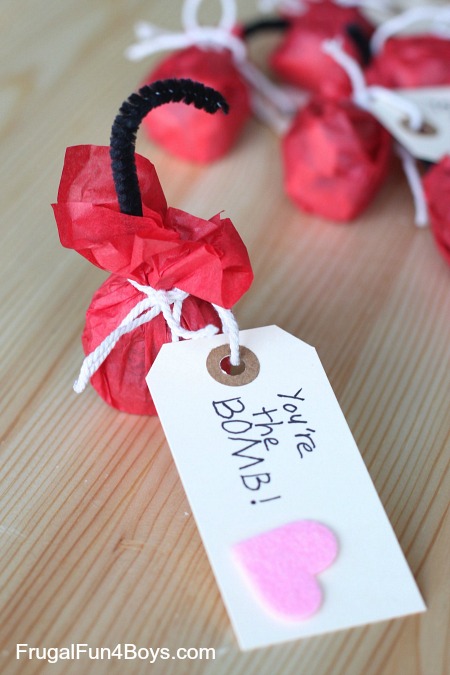 We originally saw the “You’re the Bomb” idea over at Heavenly Homemakers a couple of years ago. However, Aidan wanted to make some Valentines with Jolly Rancher candies instead of Tootsie Pops because those are more popular with kids his age (6th grade).

Here’s what we came up with!

Note: I’m sure that these won’t comply with some school’s zero tolerance policy for weapons. My son is at a homeschool co-op, so it won’t be a problem for us. Use your judgment in your situation. 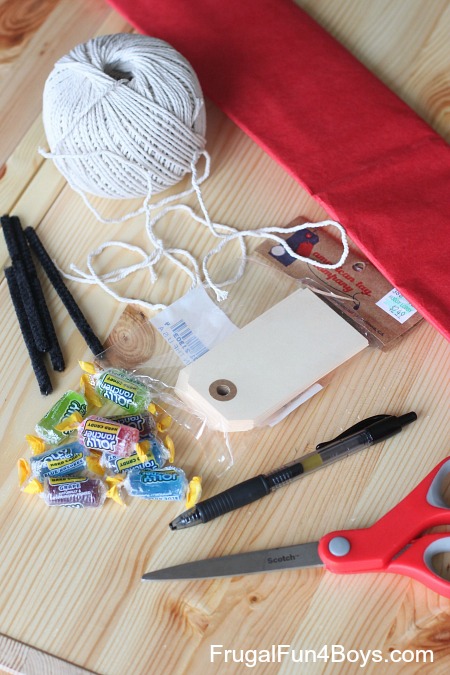 We put a loom band (ha!) around a group of 4 Jolly Ranchers to make them easier to wrap in tissue paper. Then we stuck a piece of pipe cleaner through the center to be the fuse. 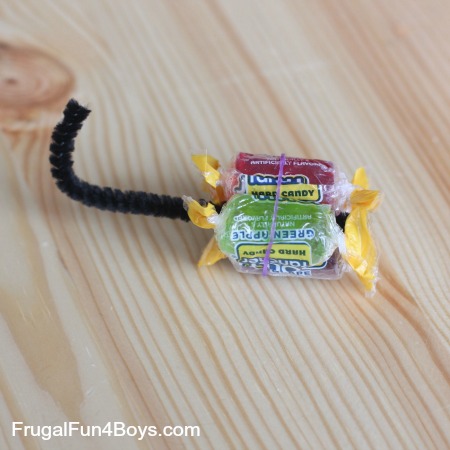 Then we wrapped each bomb in a square of red tissue paper and tied it closed with string. We threaded the tags onto the string before tying it. 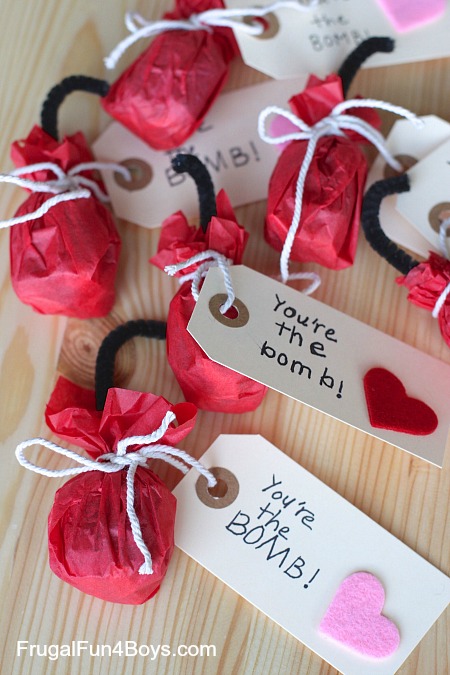