Jonathan (age 4) has been interesting in that he is my first child to teach himself his numbers (1-7, without me doing anything), but he can’t remember the letters of the alphabet from day to day, even when we work on it. I was discussing this phenomenon with a teacher friend, and she wondered if he remembers the numbers so easily because he connects each numeral with a concrete concept. In other words, he remembers 4 because he knows how many 4 is, and he is 4 years old. That totally makes sense! In fact, I think that he taught himself the numbers from a Sesame Street number book. He likes to look at each page and count the objects, and then the numeral is right there. 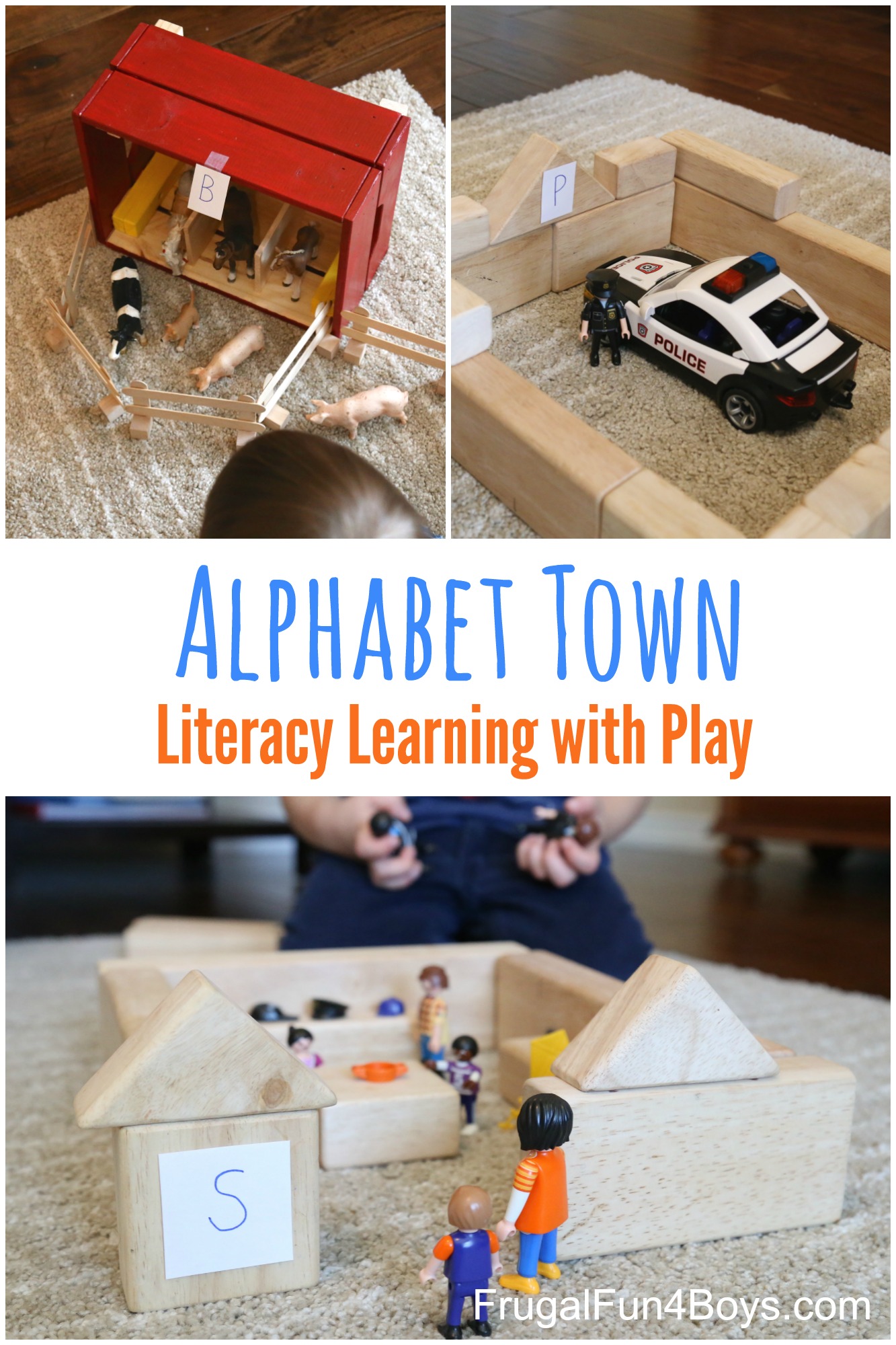 With this new knowledge in mind, I have been approaching the alphabet a little differently. Overall, I’m not super concerned because he’s only four. We’re not in a rush to learn all the letters and sounds when he is not even kindergarten age yet. But when we do work on the alphabet, I’m working on letters that have meaning to him – the letters in his name, the first letter of each of his siblings’ names, etc. We are also talking about the letter sounds right along with learning to recognize the letters so that the alphabet has more meaning to him.

Last week, we set up an “Alphabet Town.” I wasn’t sure if Jonathan would go for this activity, but he loved it!

Basically, we just created buildings for our town and then labeled them with the letter that the name of the building starts with. We used blocks and Playmobil and whatever we had on hand.

We started with a Police Station labeled with a “P.” While I labeled it, we talked about how police starts with the “p” sound. 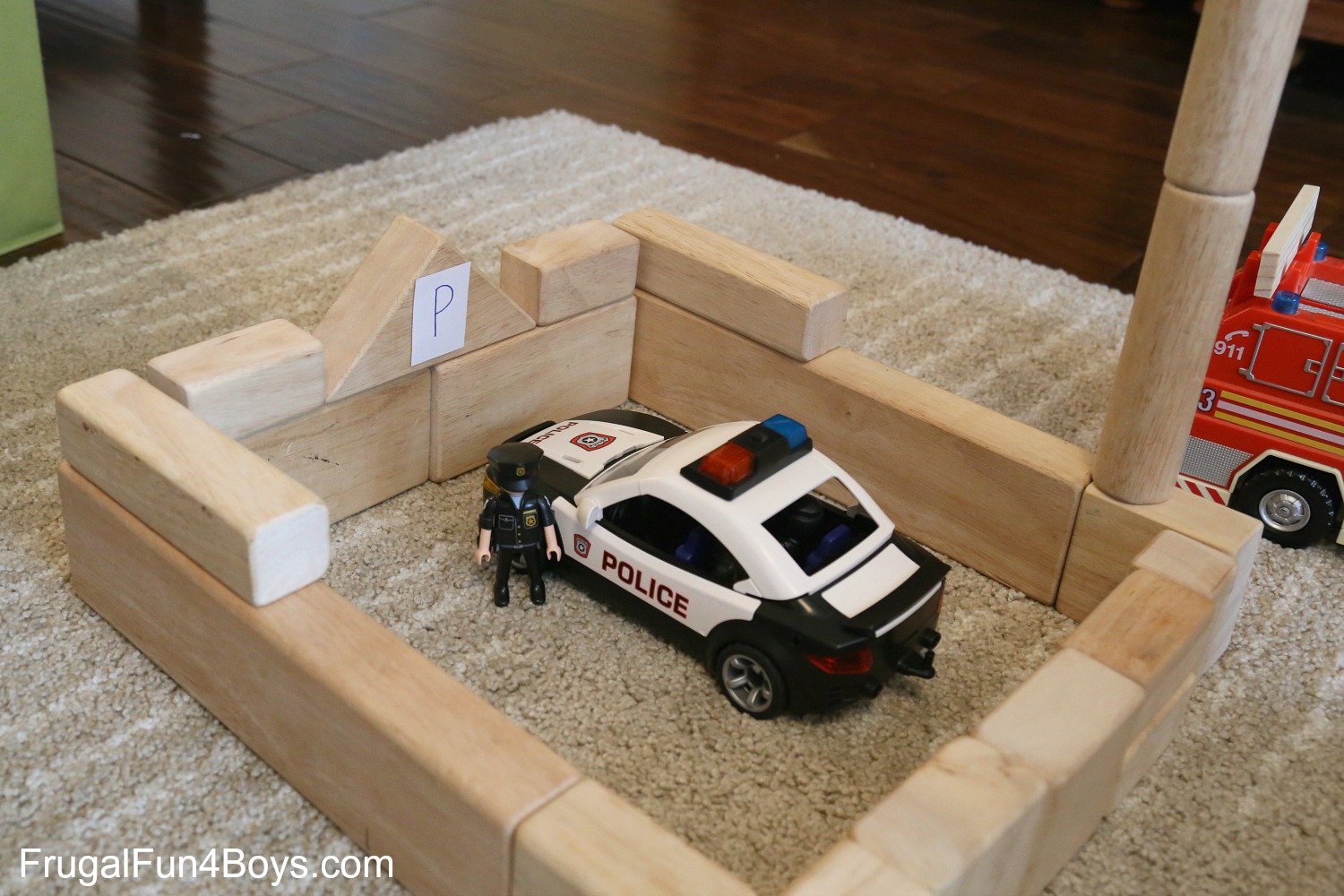 Then Jonathan wanted to add a fire station. 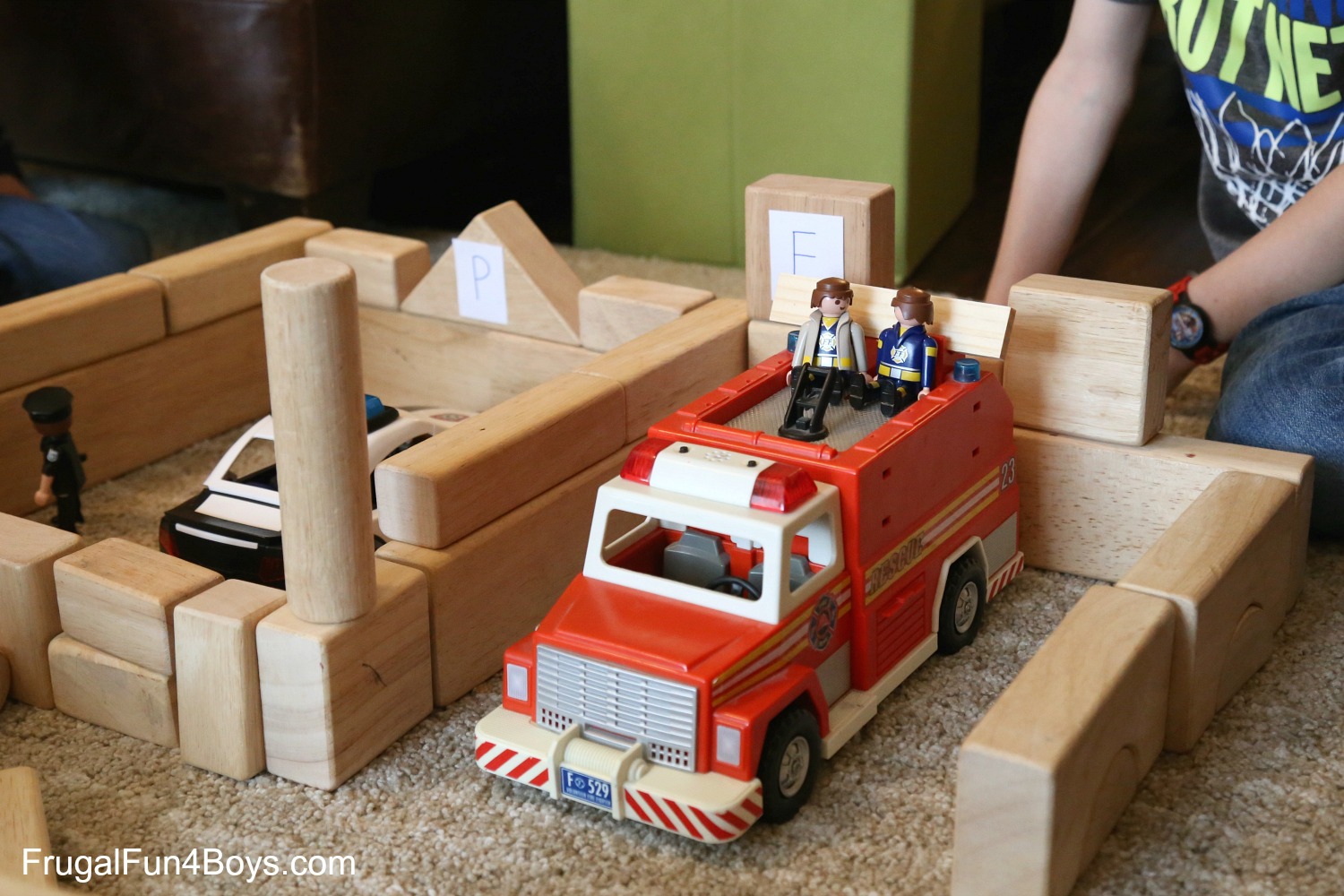 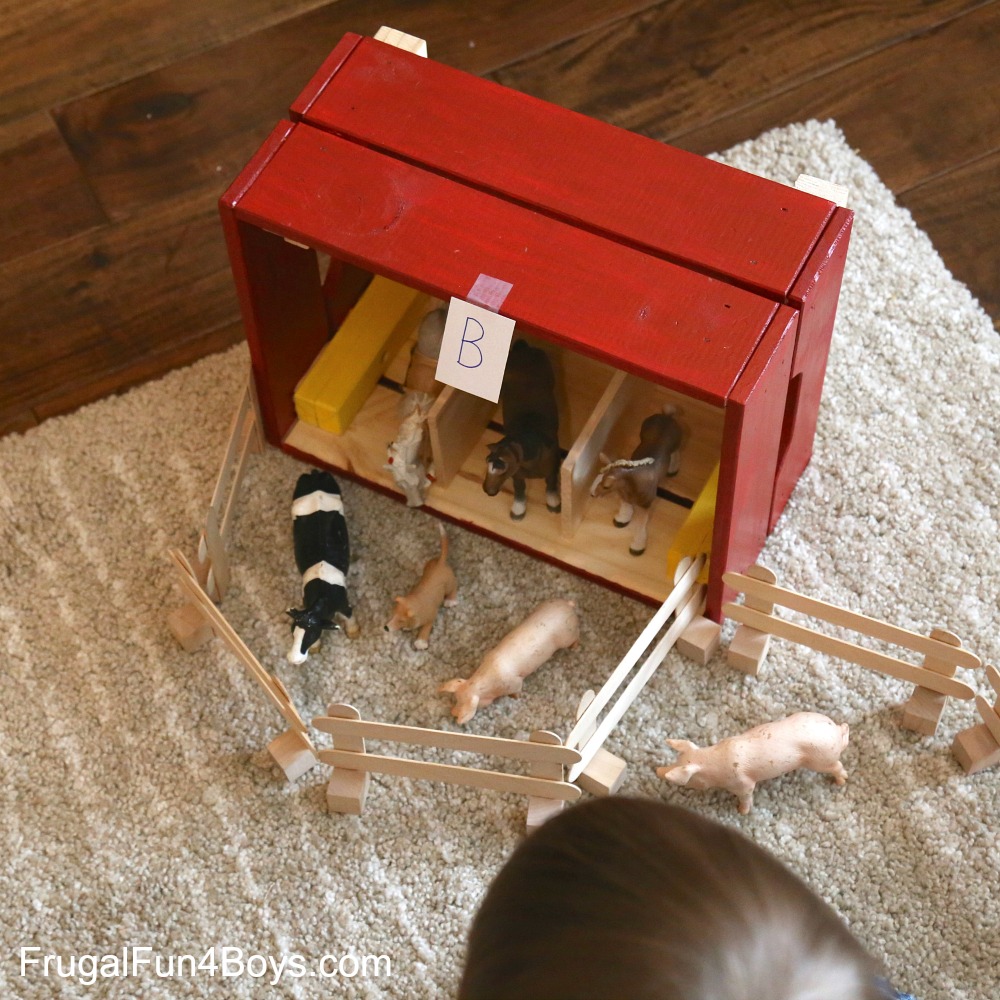 The store was my favorite! Jonathan filled the shelves with Playmobil accessories. 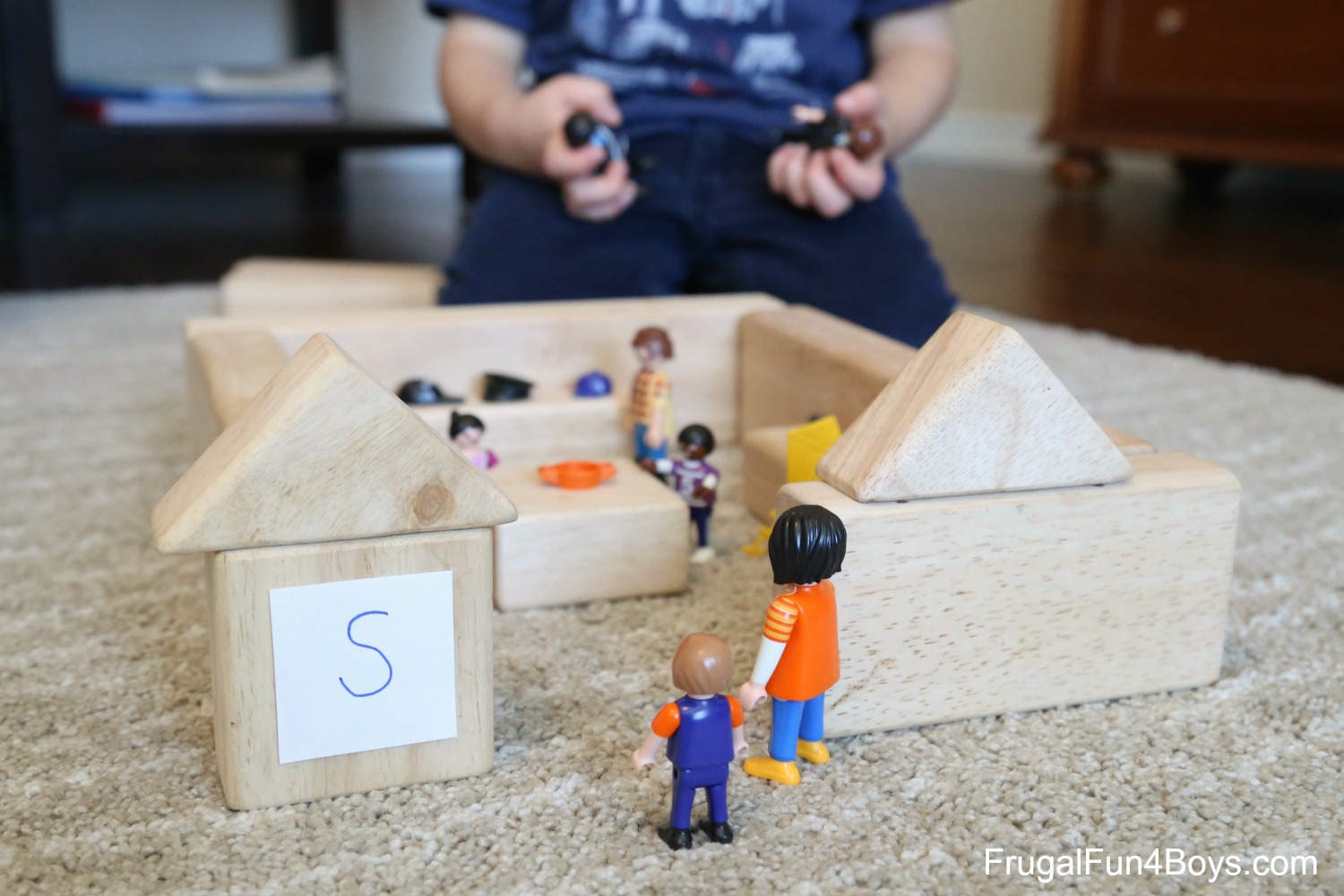 And of course we had to have a C is for castle, complete with a dragon. 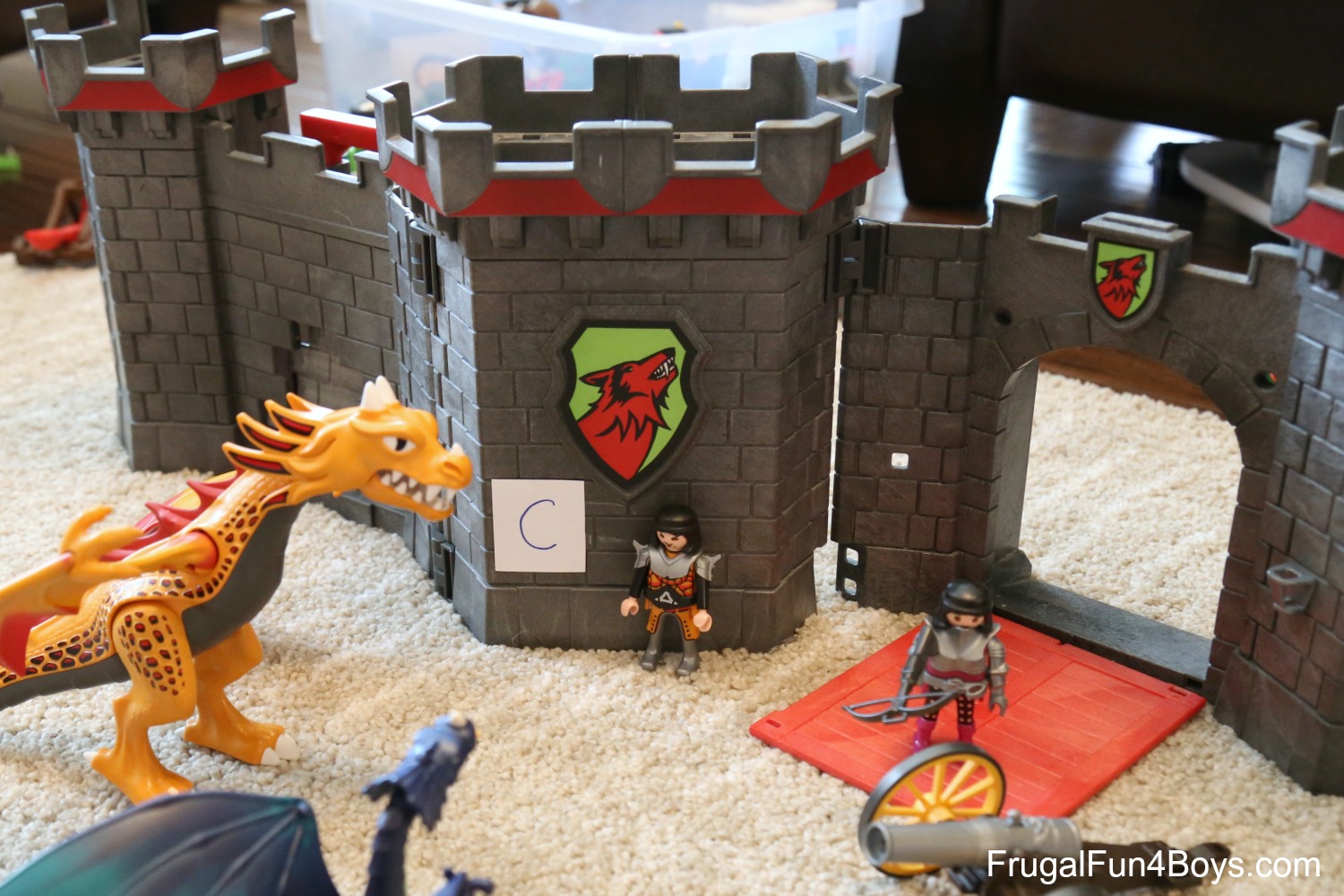 Most of our time was spent playing. The barn caught on fire, and the fire fighters had to race to put it out! 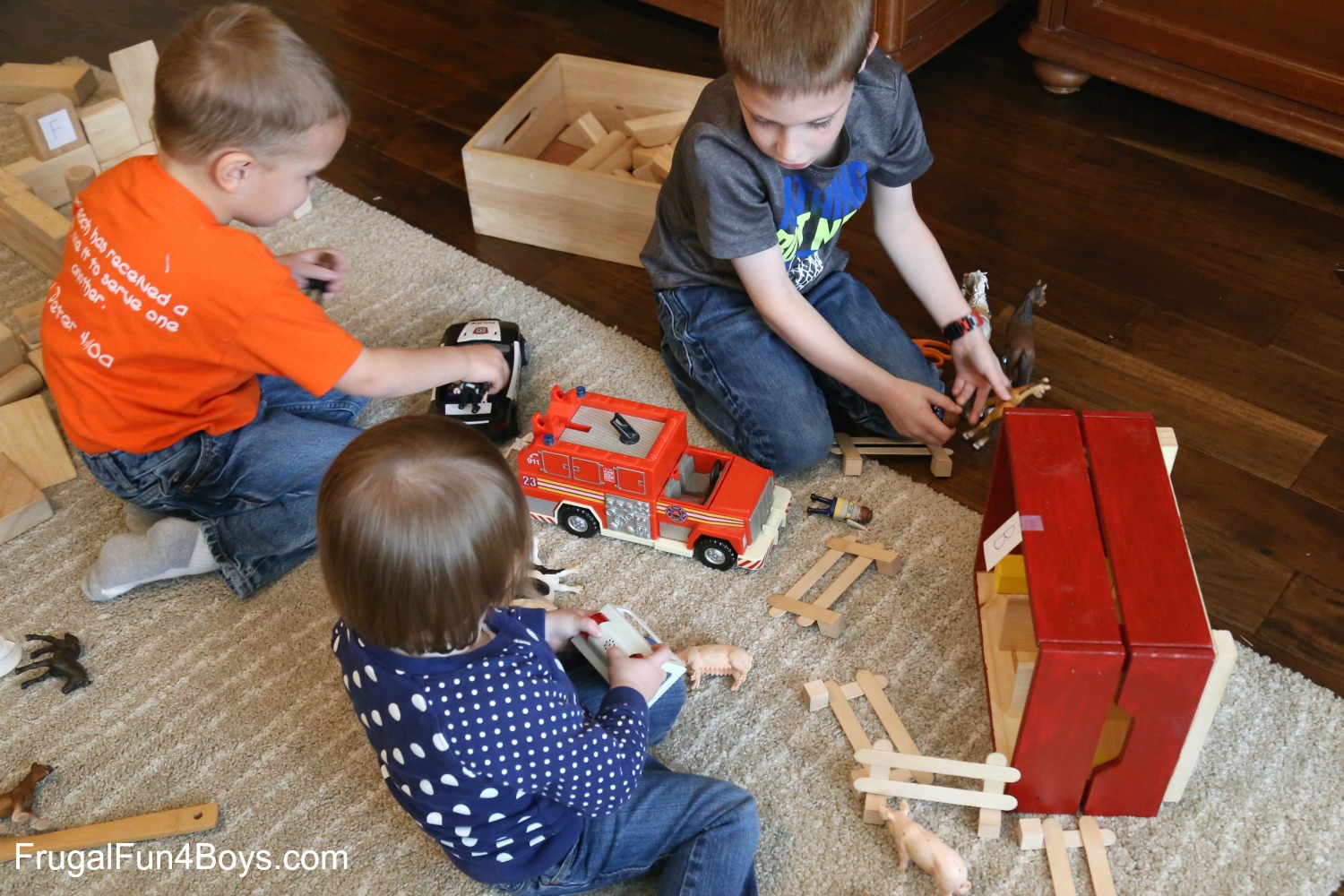 But we had plenty of opportunities to discuss letters and letter sounds, and when Dad got home from work, Jonathan told him all about our town and clearly understood that we were labeling the buildings with the letters that start their names. 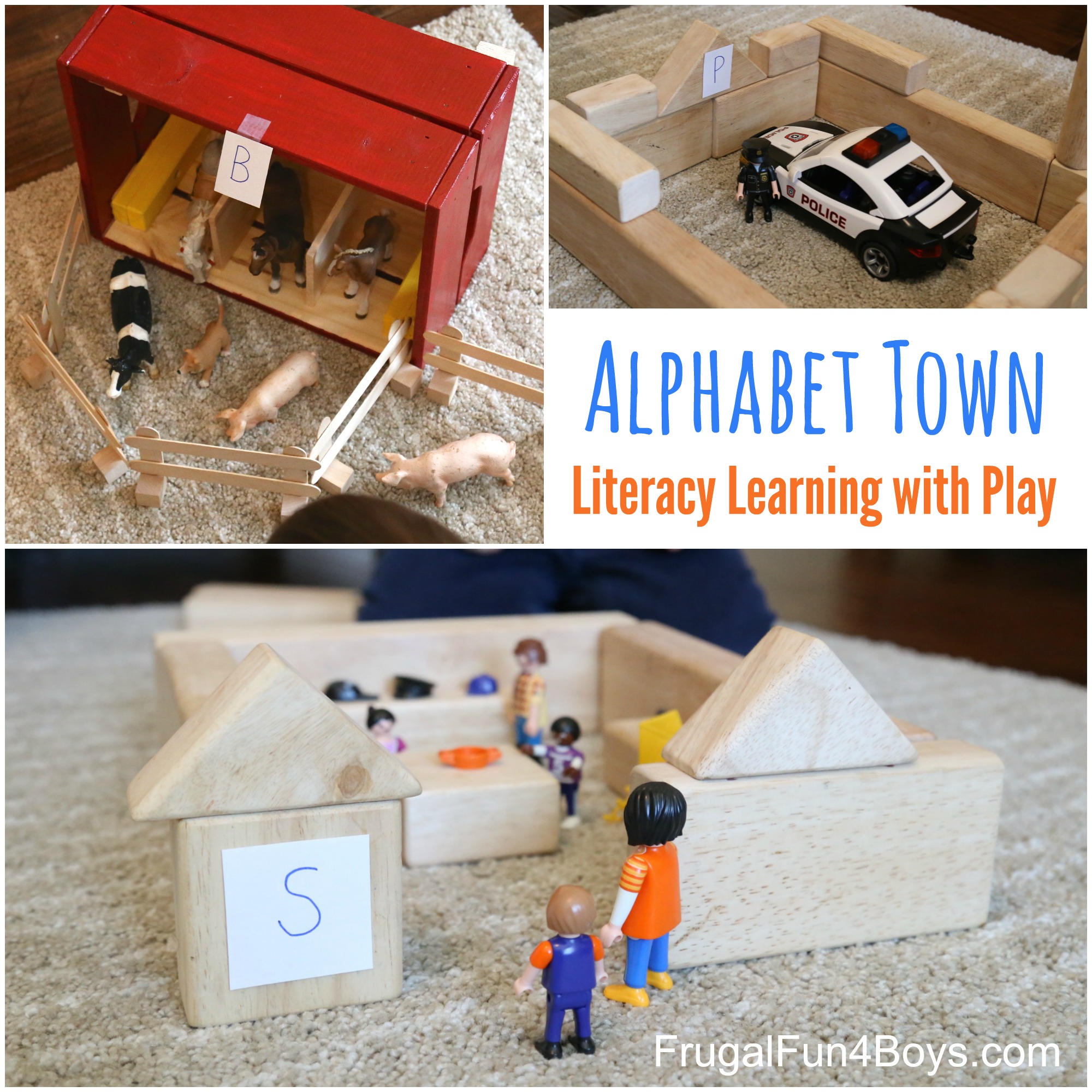