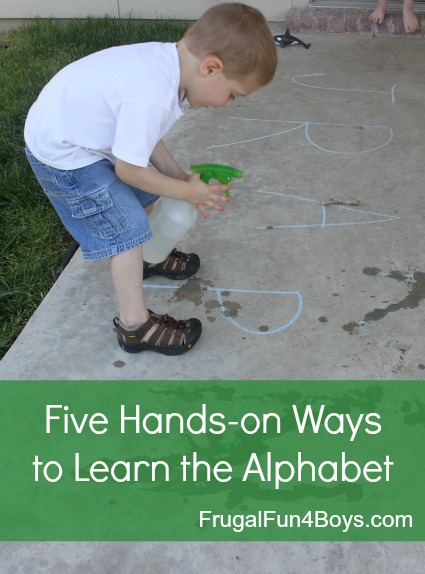 Lately, I’ve been exploring ways for Owen (age 3, almost 4) to work on the learning the letters of the alphabet without me necessarily having to sit next to him. When Aidan was this age, Gresham was 9 months old, and life moved at a much slower pace! We went to the library and the park more, and we grocery shopped during the week. Now that I have four boys, I grocery shop in the evenings or weekends (without the boys), and since Aidan is in fourth grade, we usually do four full school days per week (one day is gymnastics day). So this leaves me with a lot of school hours to fill with an active 3 year old! I’d be totally fine if he just spent a lot of time playing, but he doesn’t want to go play unless his older brothers can play too. He wants to be in the school room with us. And so does 16 month old Jonathan. It’s exciting! So here’s what we’ve been doing.

1. Put Scrabble tiles in alphabetical order. Then just play with the tiles. (And an older sibling can do spelling words with Scrabble tiles at the same time!) 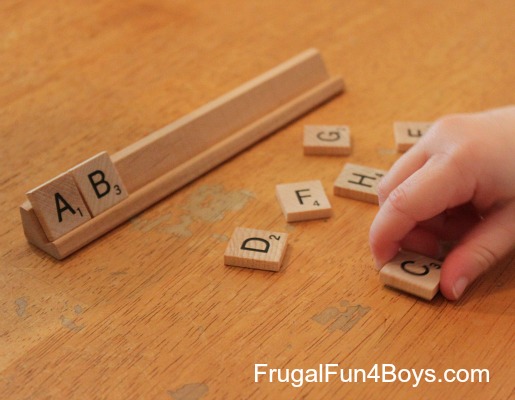 2. Build Lego letters. Owen lasted the longest on this one! Although I think that which of these activities appeals to your child the most will depend on personality. 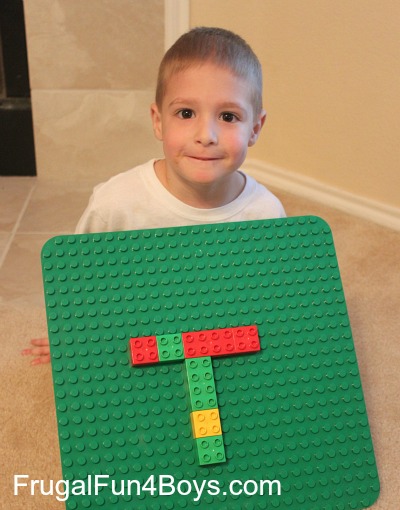 3. Spray down chalk letters with water in a squirt bottle.

The idea is to spray the shape of the letter, not just spray randomly to wash it off. (Although that would be fun too!)

Until Owen, I didn’t realize how much a kinesthetic approach can help some kids. I thought that children mostly learned to recognize the letters by looking at them and saying the names. In the fall we did stickers on the letter B, and I noticed that after that activity, Owen correctly identified the letter B 100% of the time. He has some letters that he struggles to remember, and they are ones that we haven’t done an activity with that involves the letter shape. 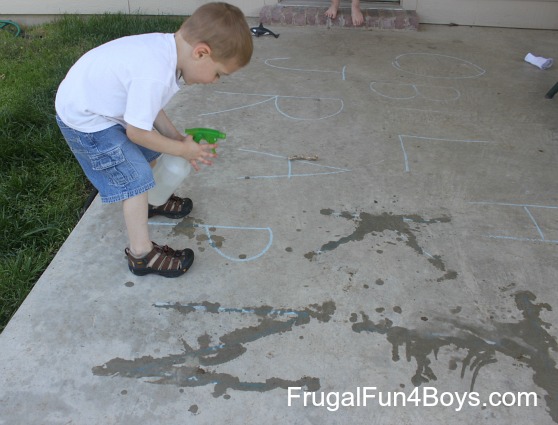 Owen has just (barely) developed enough hand strength to work the hole punch. I made some letter cards for him to punch, and he thought that was great! This didn’t hold his attention super long because of the work it took to do the hole punch. But I thought it was great for him developmentally! Even a few minutes of this develops hand strength and coordination. 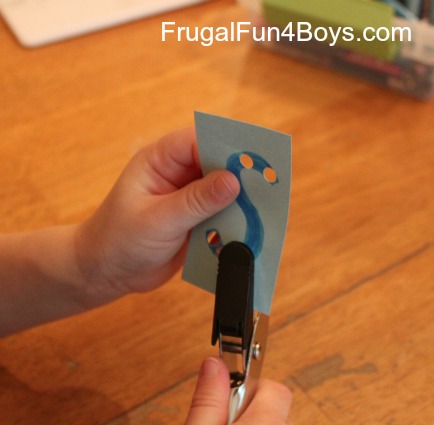 5. Get out some alphabet manipulatives – magnets or puzzles, etc.

The photo below is the Melissa & Doug Magnetic Wooden Alphabet. These letters are really durable and a good size for little hands. Owen likes to line them up in alphabetical order on a large cookie sheet.

We also have the Melissa & Doug Alphabet Train puzzle. That one is a floor puzzle, and it’s fun for putting the letters in order. Melissa & Doug also has several smaller puzzles that fit in a frame.

I also recommend getting some foam bathtub letters. We use ours often both in and out of the tub! We’ve used them to play a hide-and-seek game and also for paint stamping. 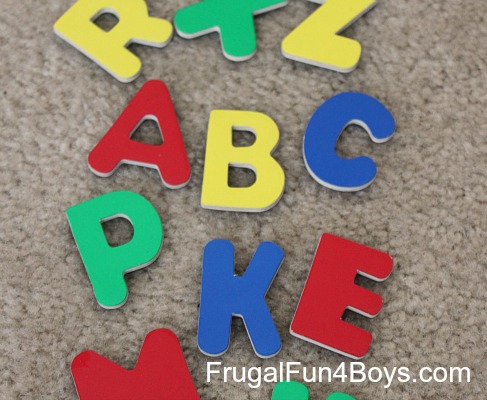 Make an alphabet lift-the-flap craft. This one involves cutting and gluing skills too!