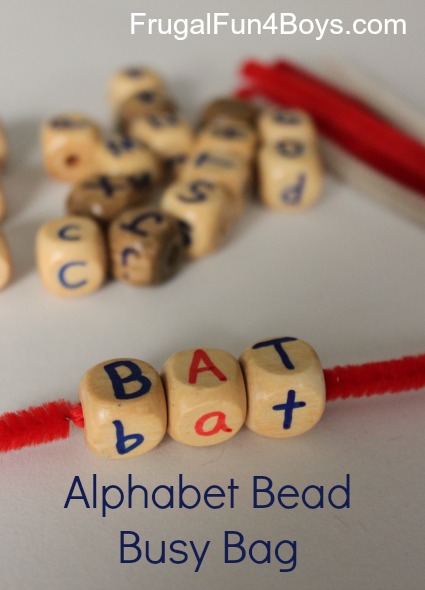 Owen (age 4.5) has reached the point where he is really into learning letter sounds, and last week, I introduced him to three letter words for the first time (all “at” words – sat, bat, etc.). I’m not pushing him to read at age 4, but he really has a desire to explore literacy concepts. He loves to write down some random letters and then have me read what it says. Then he CRACKS up! (Especially when he accidentally wrote “stab” the other day. That one had him in stitches!)

Anyway, I’ve been scrambling to put together some more work for him because he wants to be busy, and I just want to lay around and try to survive morning sickness. Ugh. The other day, I had a flash of inspiration! I found these wooden beads in our craft box, and I decided to write alphabet letters on them with Sharpies. The beads along with some pipe cleaner segments made a great alphabet busy bag!

The beads are square and came out of a wooden bead variety tub from Walmart.

I made the vowels red and the consonants blue so that we can work on that concept. I also put both the capital and lowercase letters on each bead. Owen is still working on learning the lowercase letters. 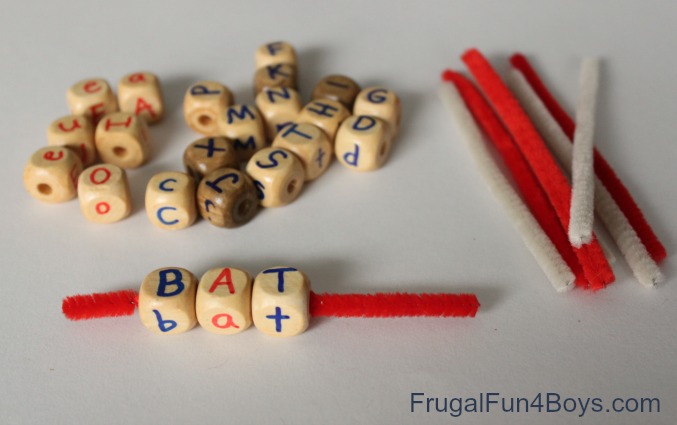 I set it all out on a large piece of white paper so that the beads would show up for this picture, but then the paper became part of the activity! Owen wanted to spell words with the beads, and then write them on his paper. 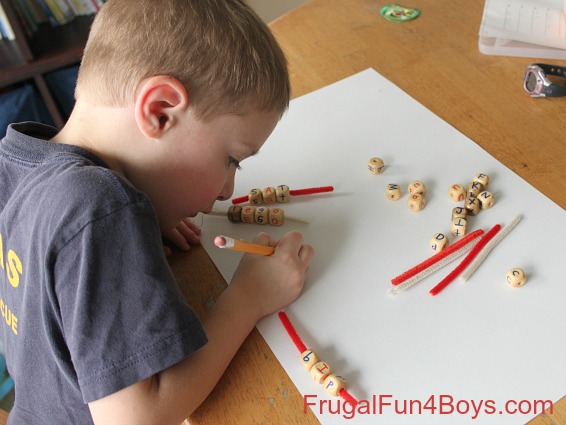 Aidan taught him how to spell “Lego” a while back, and he has not forgotten it! 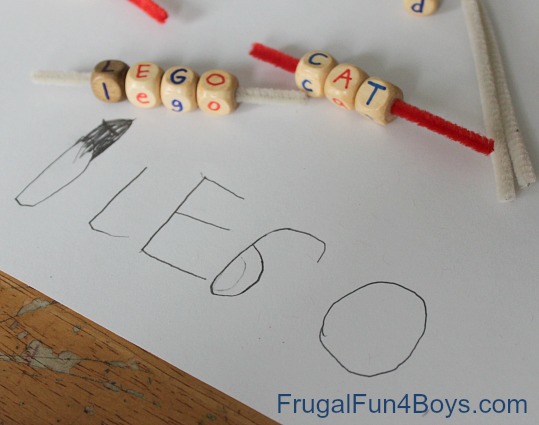 Activity #2: Label small items with the letter that they start with.

Later in the day, I collected some items from around the house and asked Owen to find the bead that each word starts with. 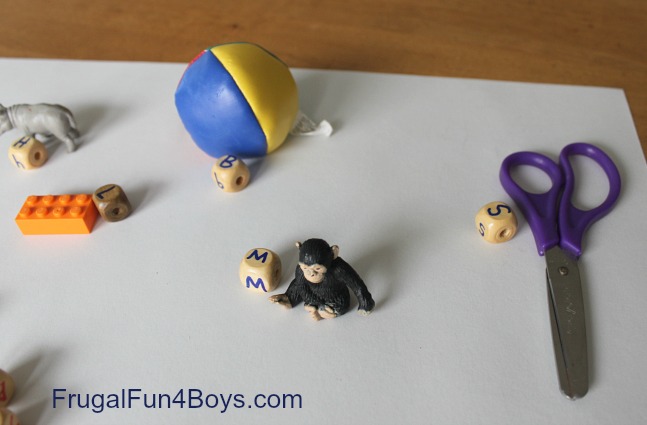 Now that Owen knows what to do with these beads, he can get the bag out and spell words, or he can find his own items to label. At this point, he’ll be spelling a lot of nonsense words because he doesn’t know many words, but that is fine! He’ll be learning letters and sounds as the boys and I are able to help him, and stringing the beads on the pipe cleaners is good for fine motor coordination anyway.

If you want to see all of our preschool curriculum, check out my post on Getting Started with Preschool at Home. 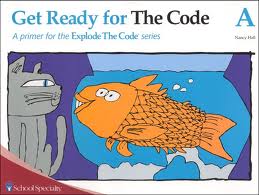