Preschoolers love to keep their hands busy!  It’s a constant task around here to find enough things to keep Owen’s hands busy while Aidan and Gresham are doing their school work.  Owen LOVES to cut and glue, and yesterday I came up with a quick way for him to cut and glue while learning the alphabet at the same time!

First, I gave him some squares to cut out of construction paper. 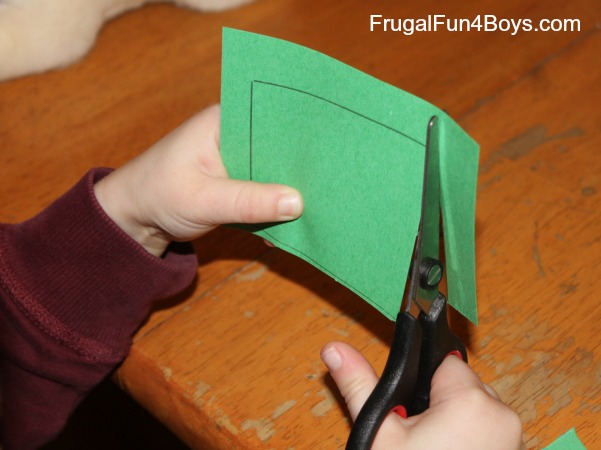 Then, I folded down a little flap on each square.  Owen had a little trouble with the glue – it was hard to get the glue on just the flap part. So I did the glue, and he stuck them on the paper. 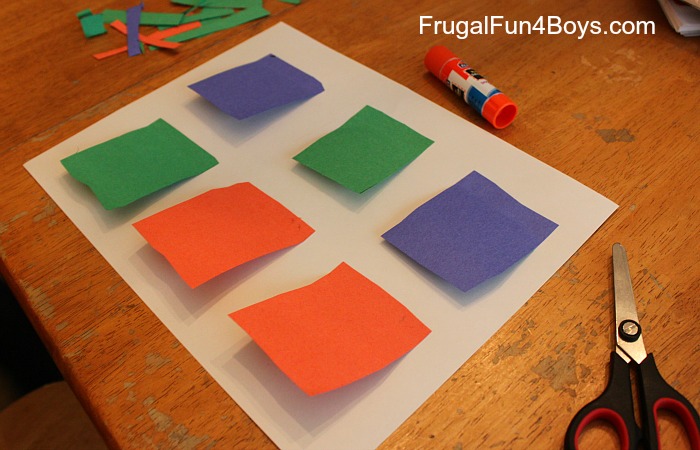 Then I simply wrote a letter under each flap!  Super simple.  I did two letters that Owen already knows and four letters that he does not know.

He has been having fun lifting up the flaps and saying the letter name!

(The cat is Owen’s favorite gift from Christmas this year, and he has been carrying it around everywhere!  It’s so fun to be 3.)

Other ways to keep preschoolers busy: