Boys and their Egos! What’s a mom to do?

If you’ve been around many boys in the 10+ age group, you’ve probably come across the over-confident child who knows everything and isn’t afraid to tell you about it. It seems that once boys hit age 10 (or somewhere around in there) they suddenly become all-knowing. (Other kids have been overly confident in from the preschool years and it simply gets worse as they hit the pre-teen years. Don’t ask me how I know.) Your sweet little boy who once sat in awe as you read him book after book about dinosaurs is suddenly saying things to you that you never dreamed would come out of his little mouth!

Having an exaggerated opinion of one’s knowledge and abilities is a common occurrence and very normal for boys as they get older. They are ready to conquer new things and take on new responsibilities! But as with other aspects of human development, the fact that it’s normal does not mean that we shouldn’t do anything about it. We live in a world that has been ruined by sin, and things that God created to be good (leadership abilities, confidence, etc.) become twisted.

One side-effect of the pre-teen ego is that it can easily lead to an attitude of being very critical of others. This attitude might express itself in different ways. Some kids will amaze you with their confidence about being right, even when they have no idea what they are talking about. Others will scoff at everyone around them as they look down on them with disgust. In foolishness, they will make fun of their preschool siblings for watching preschool shows that they themselves loved as a young child.

The problem with being critical is that it spreads. One or two negative people can turn a whole family into a negative environment because the recipients of the criticism feel the need to become critical themselves in self defense. A couple weeks ago, we were at the point where something HAD to change. The boys were rudely pointing out the tiniest fault in every other sibling, while neglecting to obey basic household rules themselves. I decided that we needed to dig in to God’s word and see what we could discover about being critical!

Here are some verses to use and discussion ideas to get you started if you have the problem of critical words in your home.

What’s wrong with being critical?

Criticism towards others is often motivated by pride. It tears people down rather than building them up. Critical words are often spoken quickly, without thinking, and they come from an attitude that assumes, “I know more than others.”

Romans 12:3 says, “For through the grace given to me I say to everyone among you not to think more highly of himself than he ought to think; but to think so as to have sound judgment, as God has allotted to each a measure of faith.”

Proverbs 18:2 “A fool does not delight in understanding, but only in revealing his own mind.”

What is the opposite of being critical?

Being encouraging. Critical words tear others down, while speaking the truth in love restores and builds up. A loving person might need to correct what someone else is doing or saying, but it will be done in love rather than in arrogance.

Ephesians 4:29 “Let no unwholesome word proceed from your mouth but only such a word as is good for edification according to the need of the moment, so that it will give grace to those who hear.”

But I’m right! What’s the big deal about saying it?

Proverbs 15:2 says, “The tongue of the wise makes knowledge acceptable, but the mouth of fools spouts folly.”

Now this is an interesting verse! There is a way to make knowledge either acceptable or not acceptable. We all understand this when we are on the receiving end. None of us respond very well to correction given with a harsh tone, rude words, or mocking speech. When we know that someone genuinely cares about us and has our best interest in mind, it’s a lot easier to hear their words of correction.

Here are some other helpful verses:

Proverbs 15:28 “The heart of the righteous ponders how to answer, but the mouth of the wicked pours out evil things.”

Anyone can blurt out whatever comes into his head, but the wise person considers what he is saying before saying it.

Proverbs 16:23-24 “The heart of the wise instructs his mouth and adds persuasiveness to his lips. Pleasant words are a honeycomb, sweet to the soul and healing to the bones.”

Encourage your kids to consider:

Their tone. What is your tone of voice communicating? Are you building up or tearing down with your choice of tone? Does your tone communicate that you value what others have to say?

Their timing. Are you correcting someone in front of others in a way that is embarrassing? What would be better than correcting your teacher’s mistake in front of the class? What would be a better time to tell dad that he forgot to put air in your bike tires rather than the moment he walks in the door from work?

Their knowledge. Do you really know that this person is wrong? Or are you assuming that you are right without checking the facts?

After reading these verses together, the boys and I came up with a comparison of a critical spirit vs. an encouraging spirit. I was encouraged that they came up with many of these themselves!

A Critical Spirit vs. An Encouraging Spirit

Practical Tips for Breaking a Habit of Criticism

Remember: (And I’m telling myself this too!) Character and maturity take time to develop! This all looks simple in an article, but it’s hard on a day to day basis – I know! Keep God’s word at the center, pray for wisdom, and He will direct you. 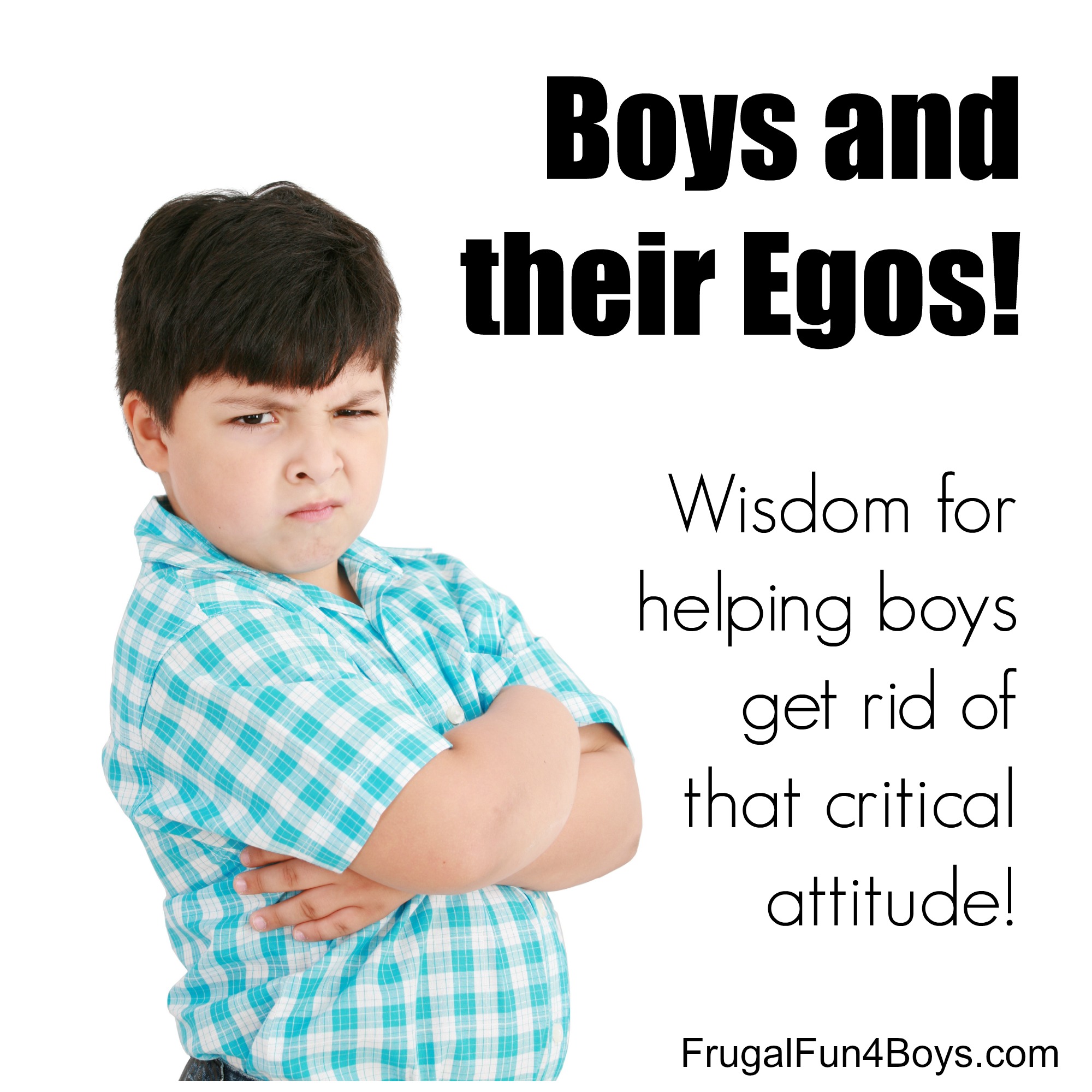