Here are some building instructions for making LEGO® dogs!  I patterned this design after a Jack Russel terrier, although it was difficult to make the ears flop over the way a terrier’s ears do.  So it will just have to be a generic terrier type dog – ha! 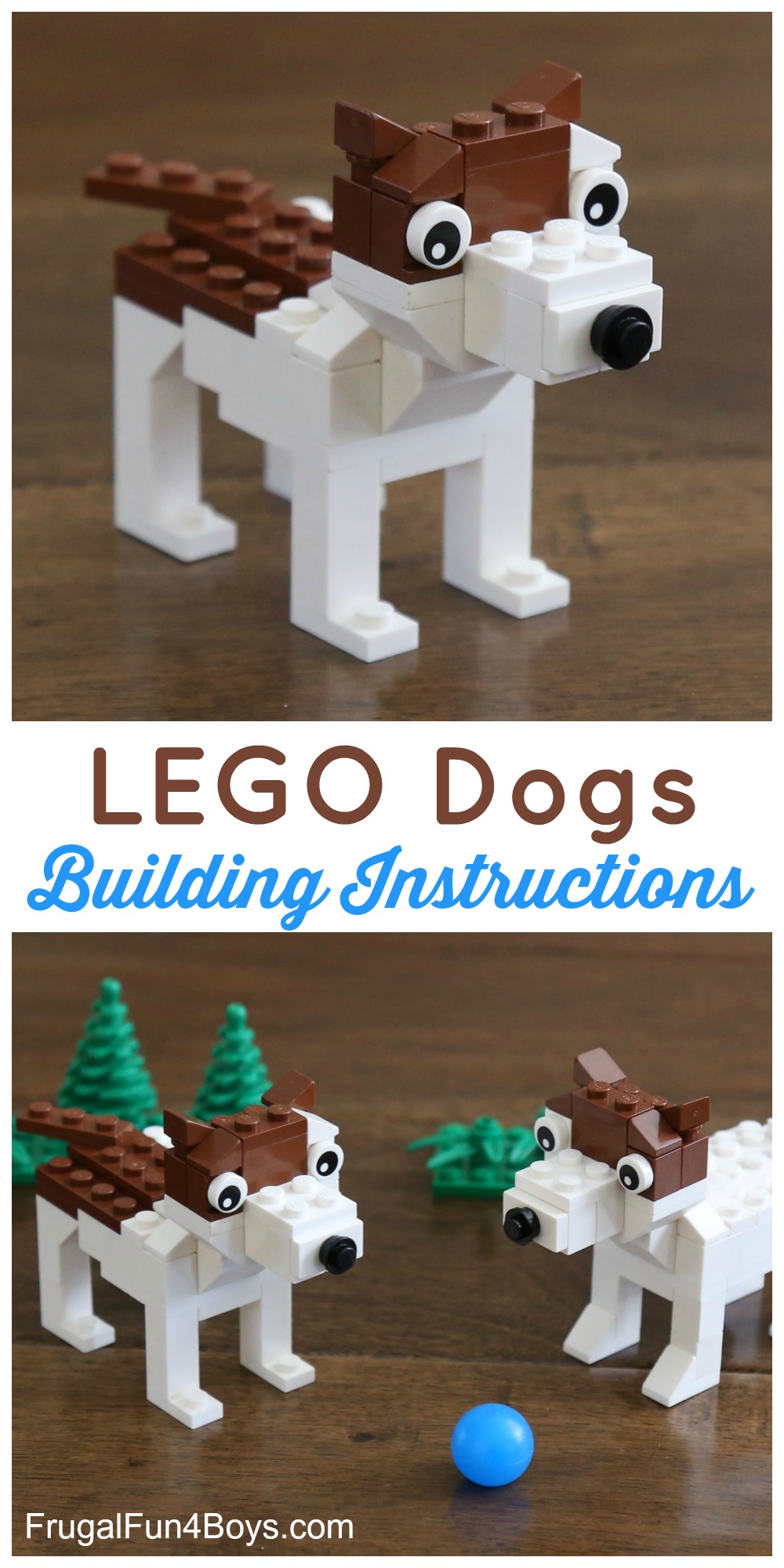 The coloring of the dogs doesn’t have to be exactly the same as what I did, so that will help with finding all the pieces you need. Just use what you have! 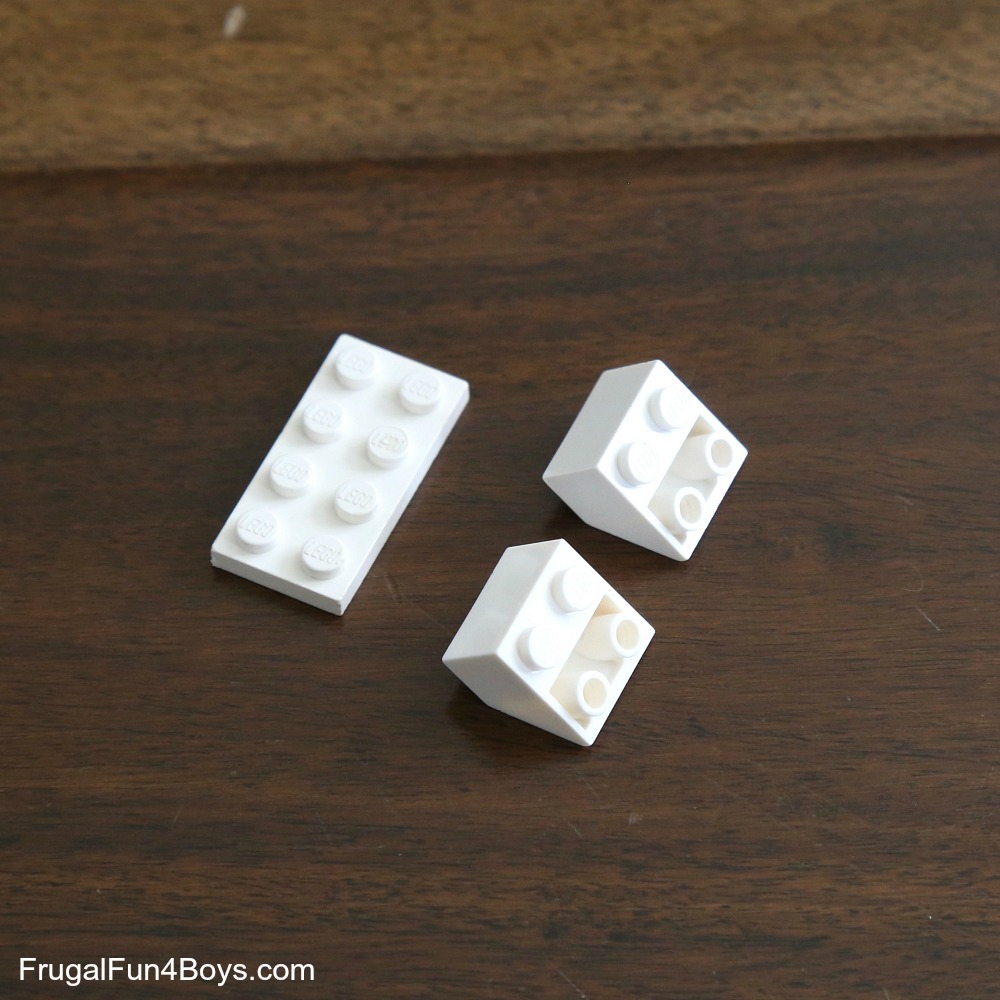 Step 2:  Attach them as shown. 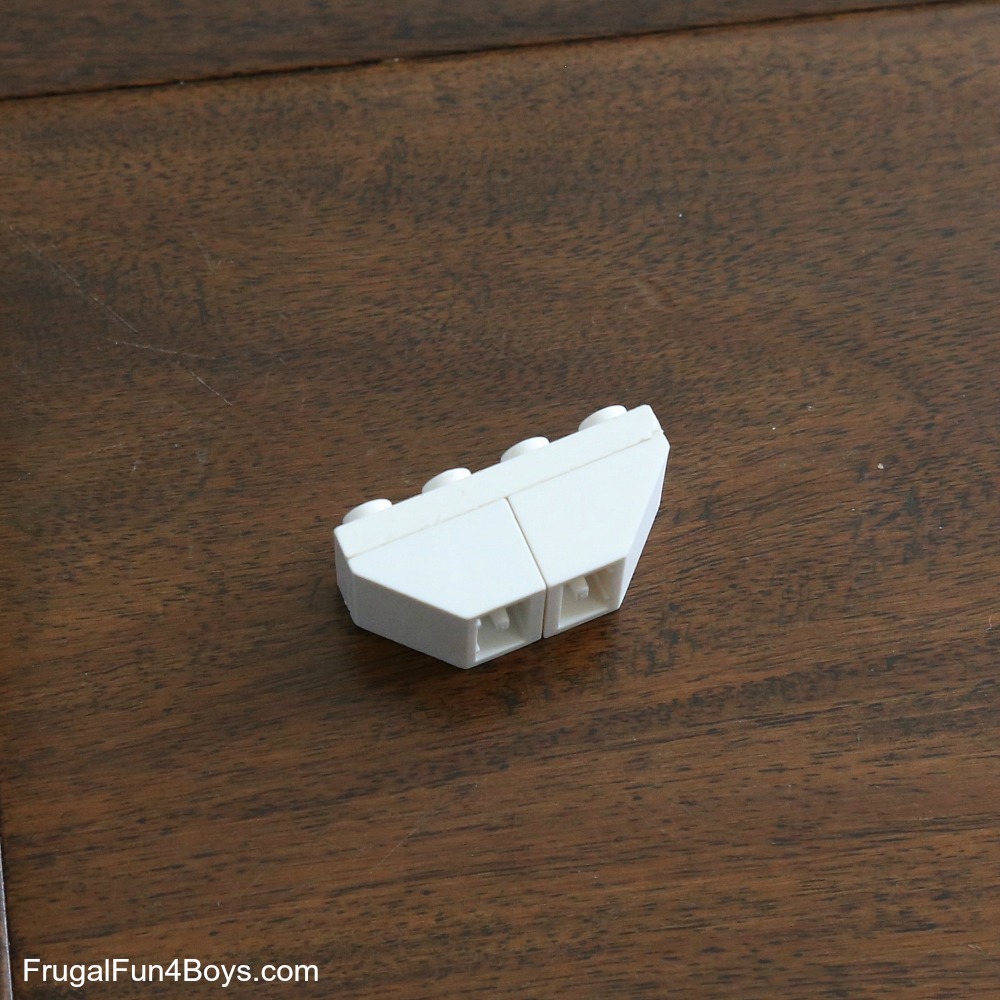 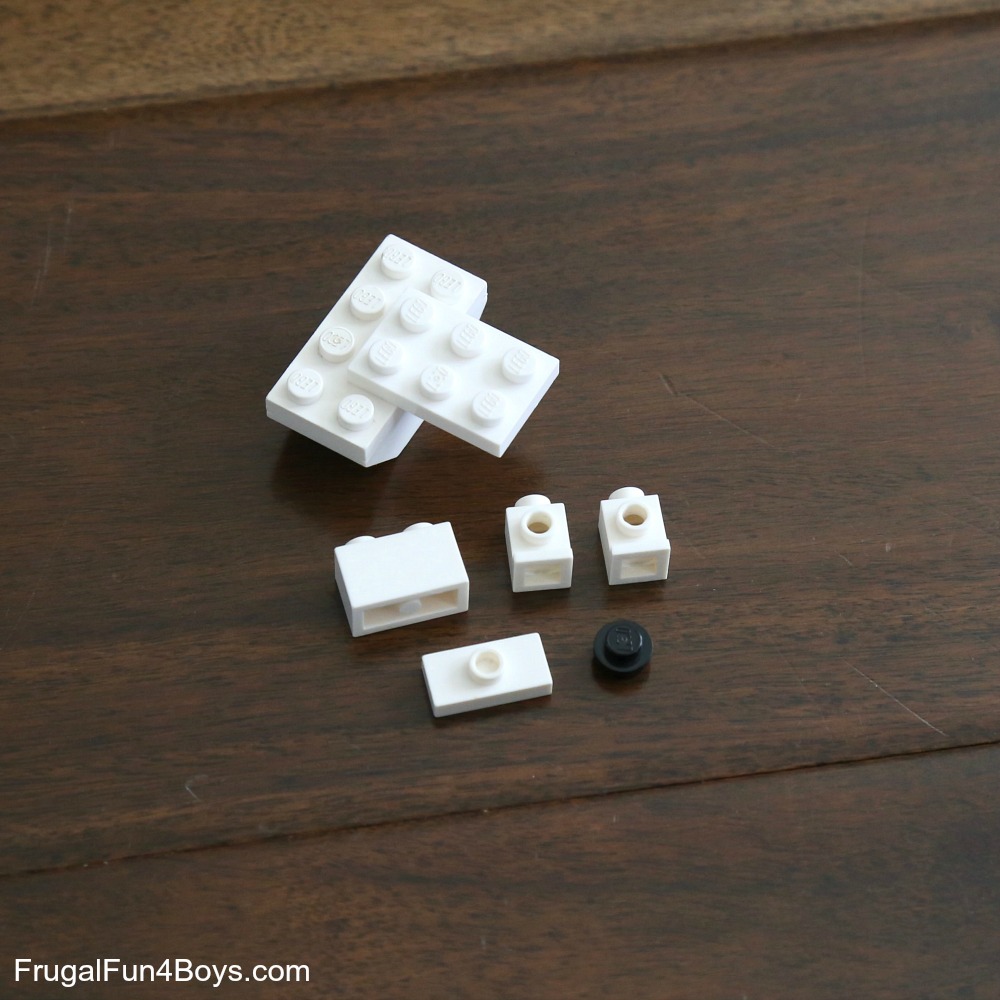 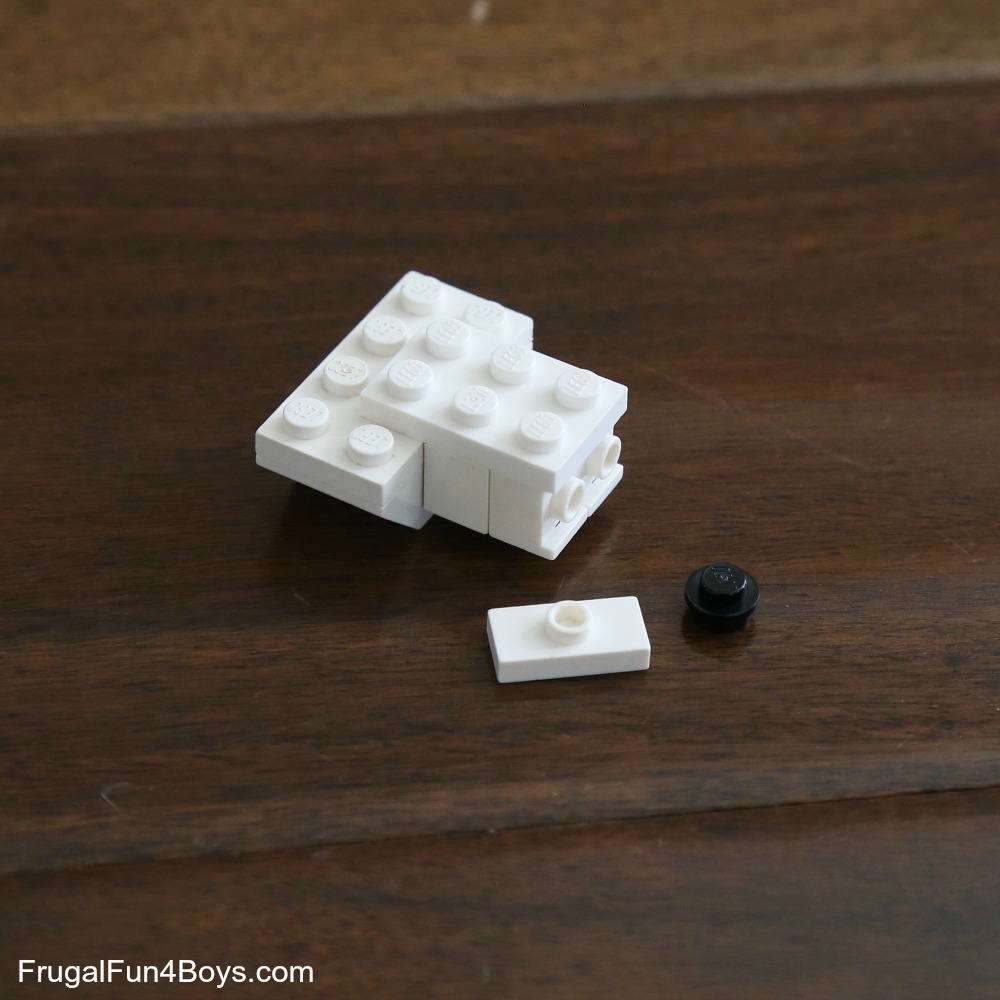 Step 5:  Attach the 1 x 2 plate with one stud on top to the headlight bricks.  Then add the 1 x 1 black round plate for the nose. 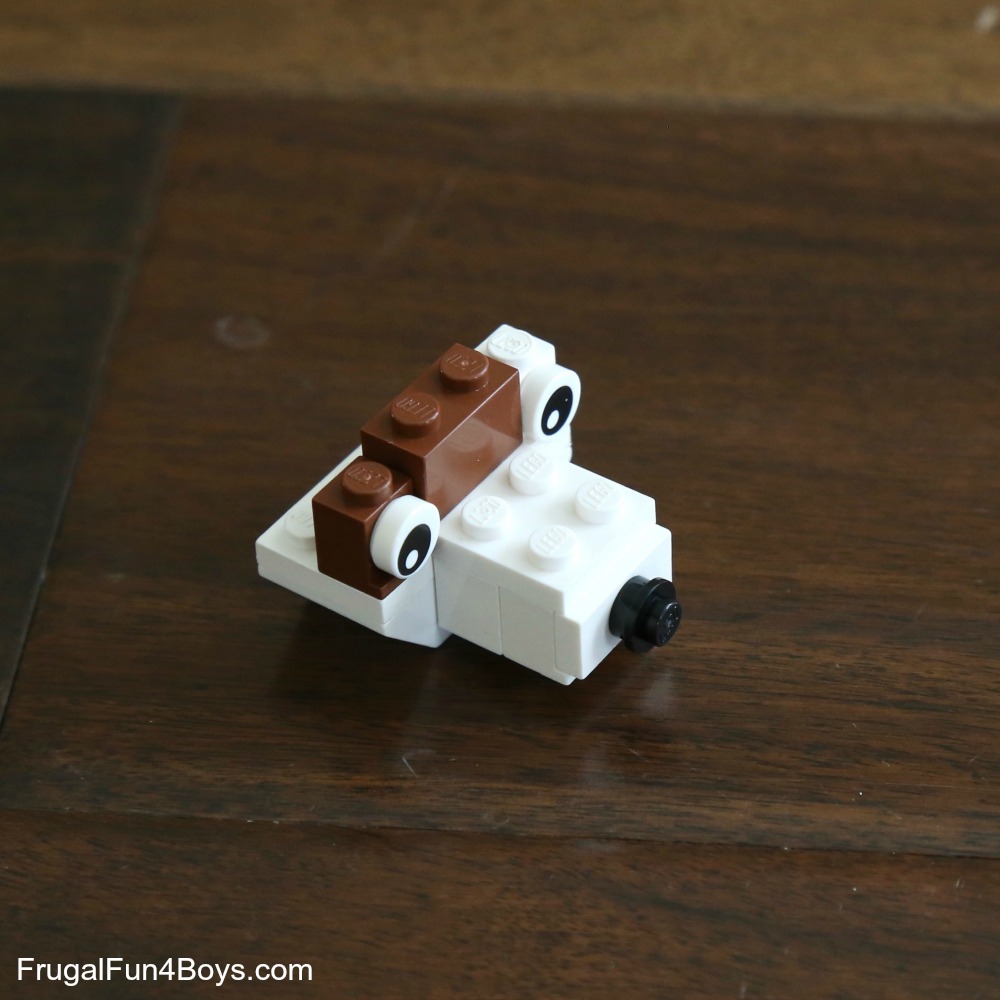 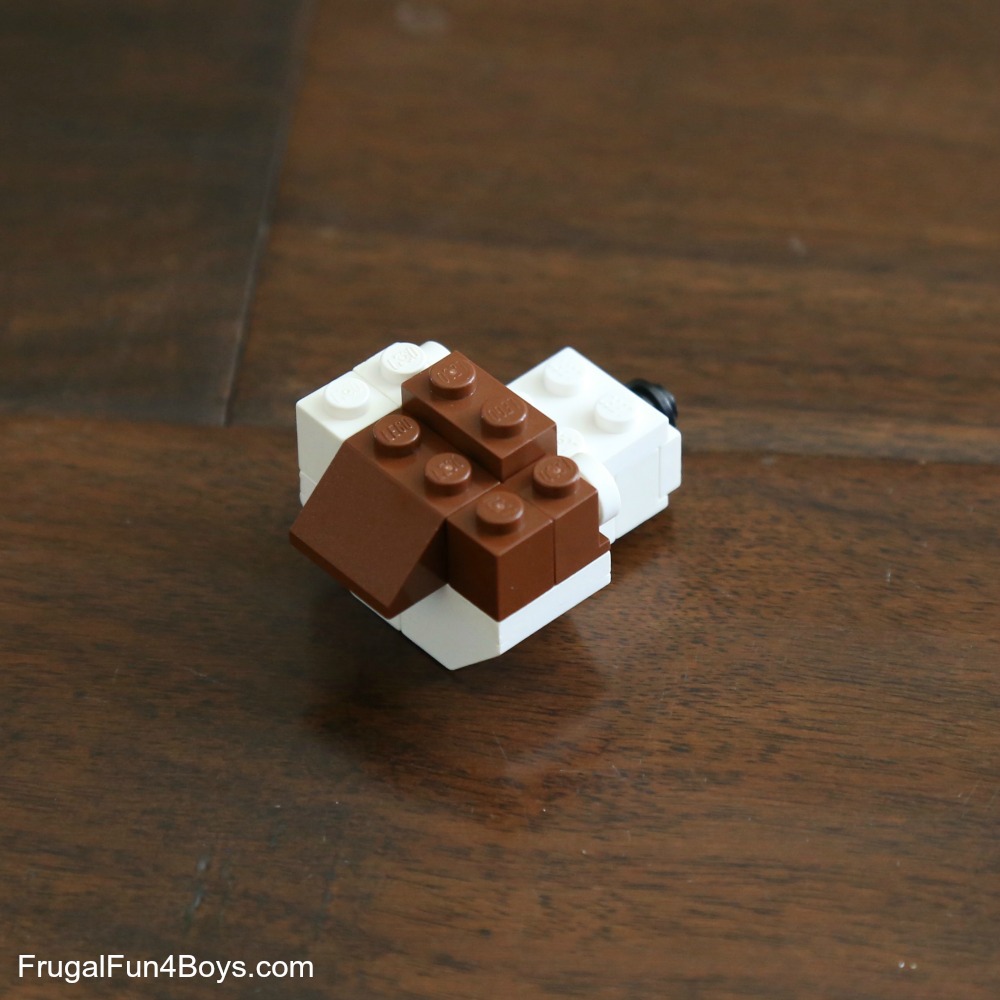 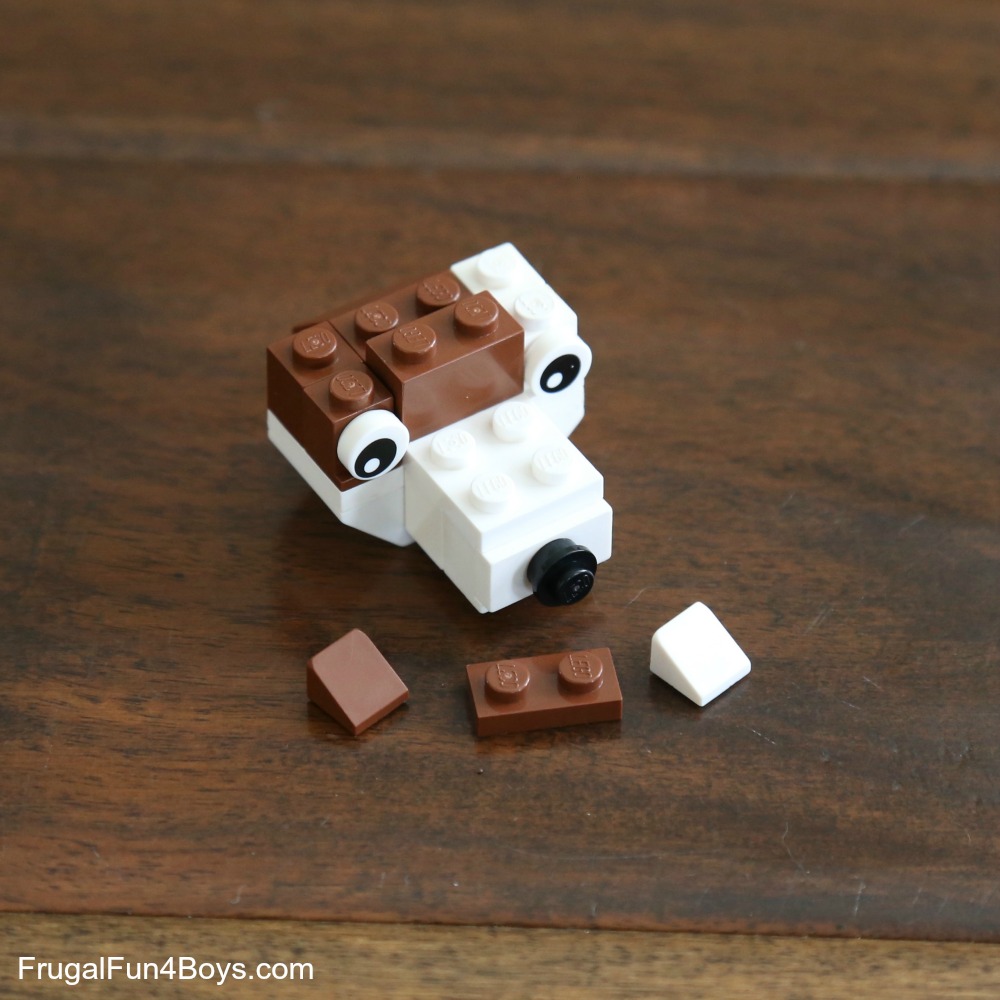 Step 8:  Add the bricks to the top of the head. 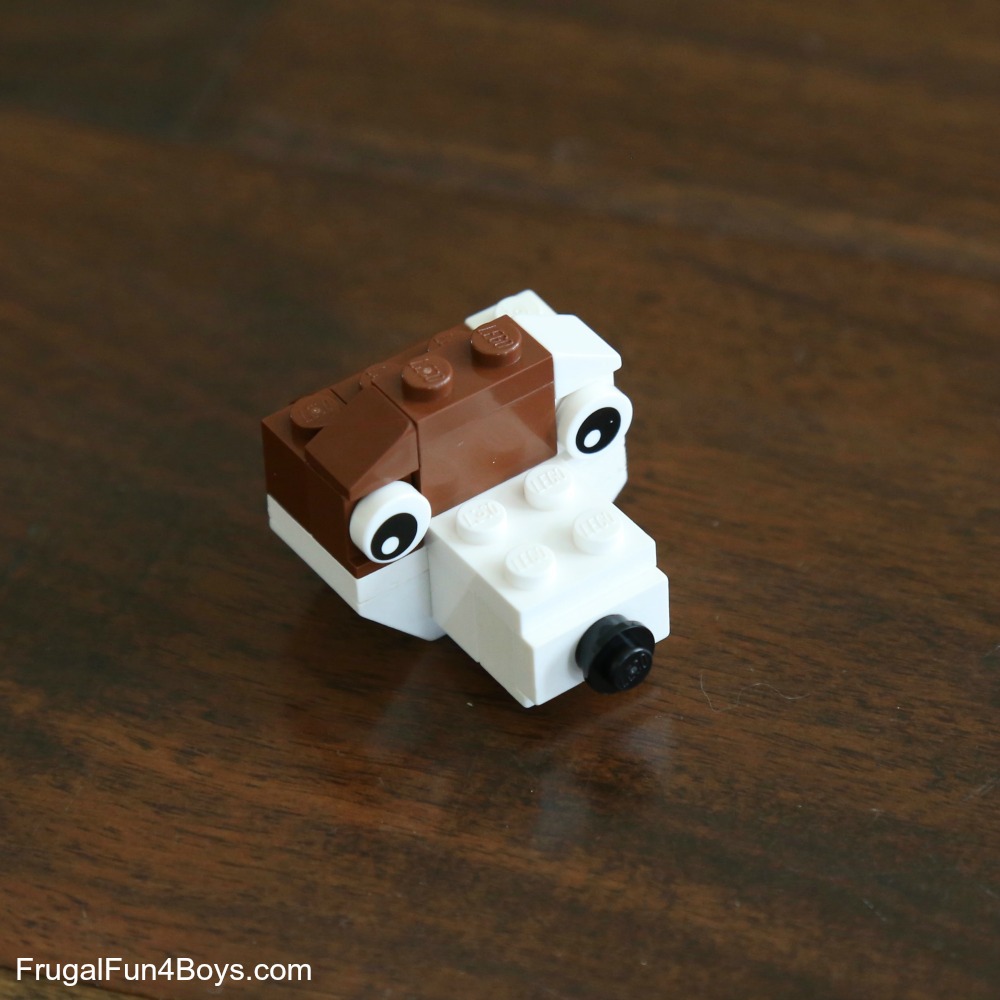 Step 9:  Find the bricks shown for building the back of the head. 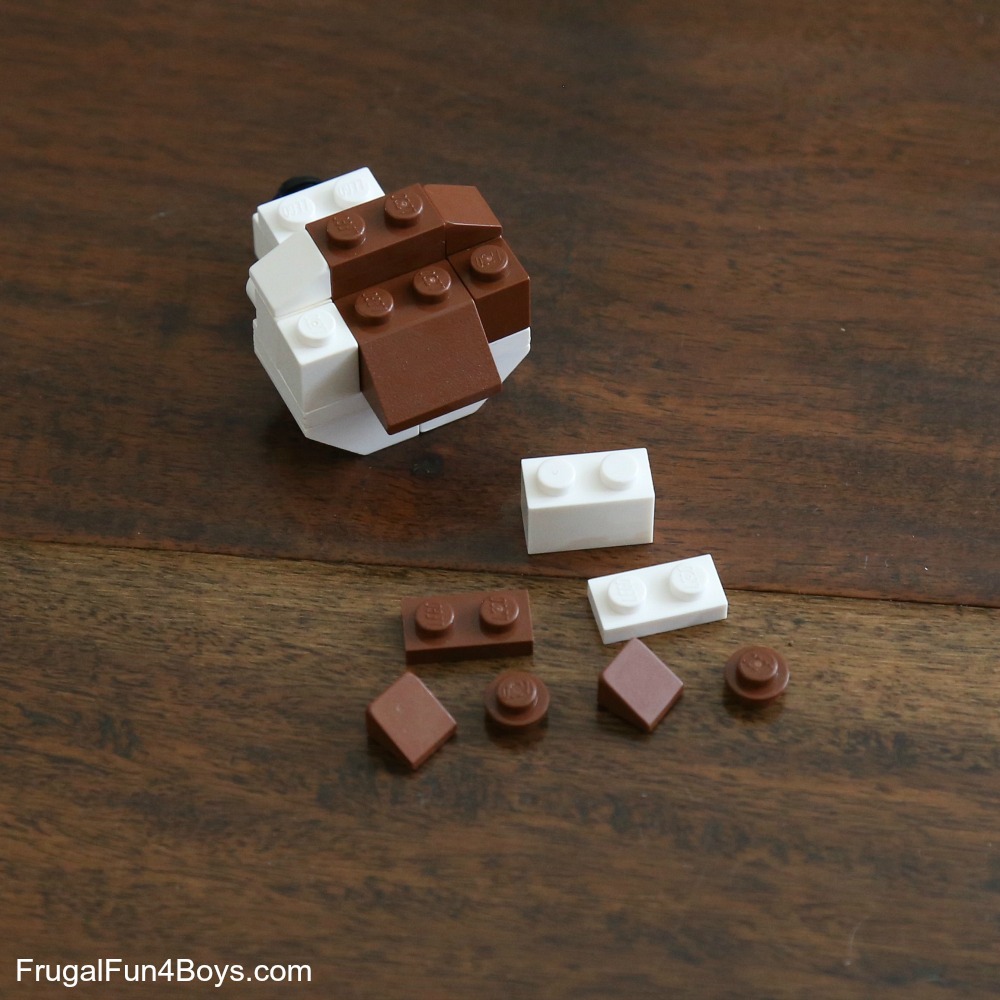 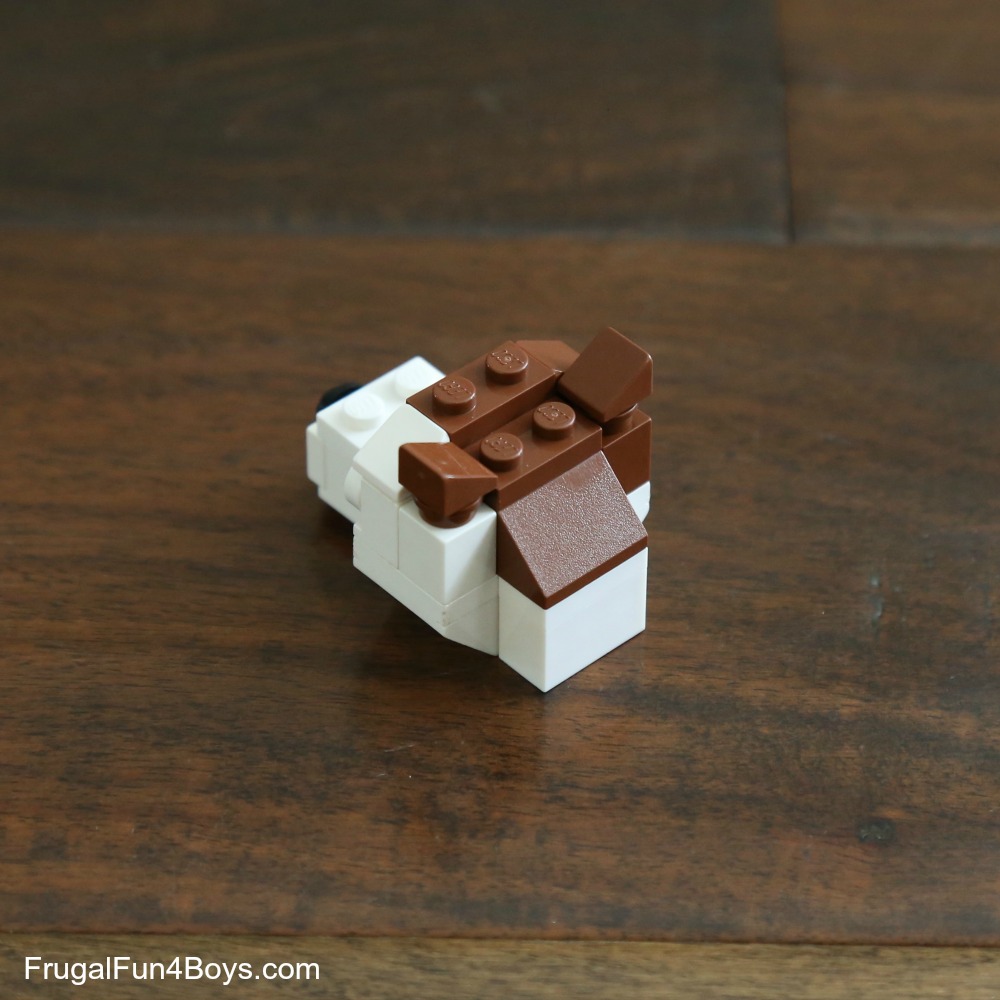 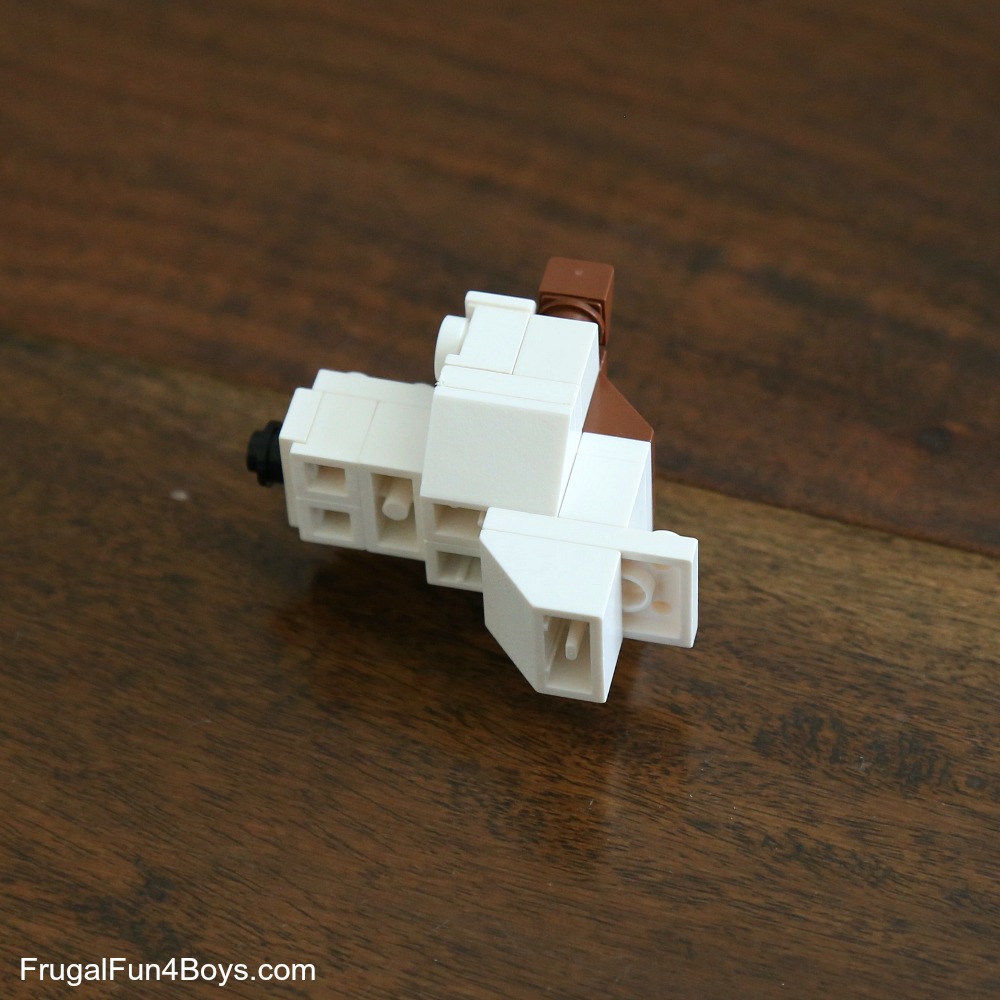 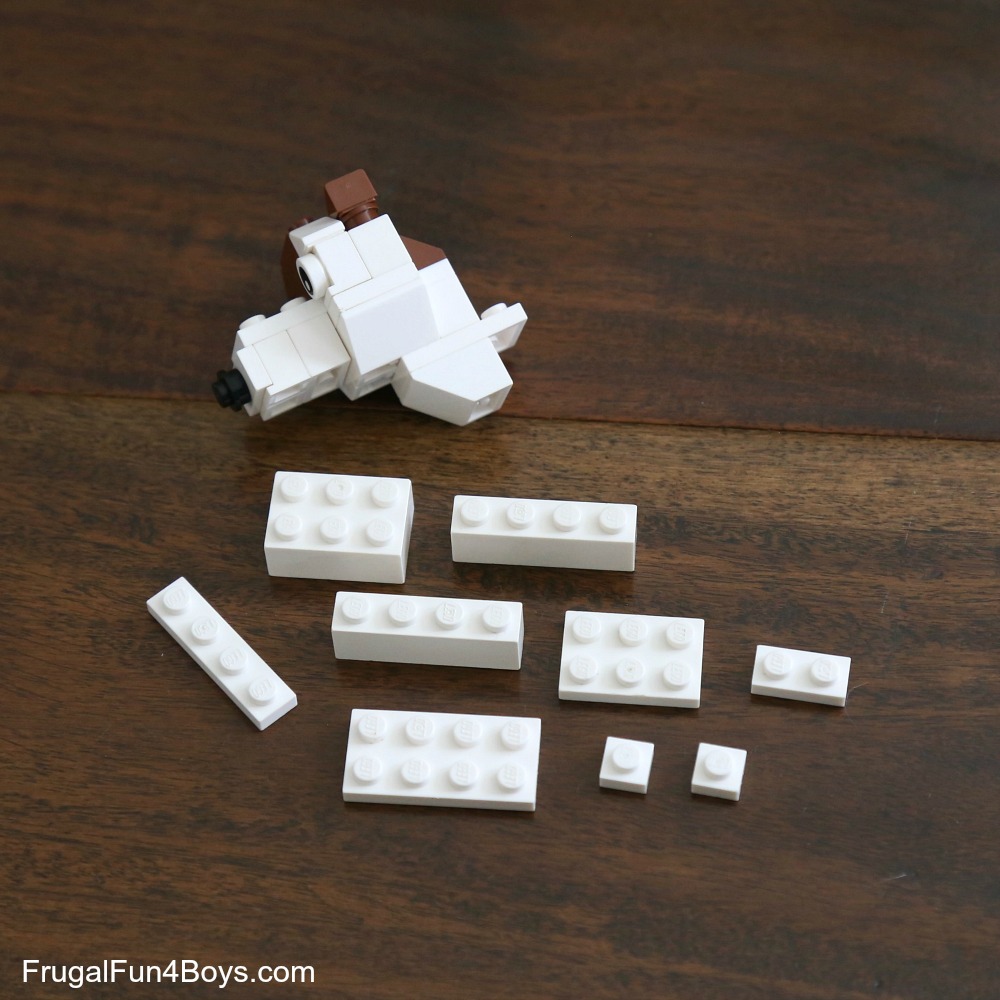 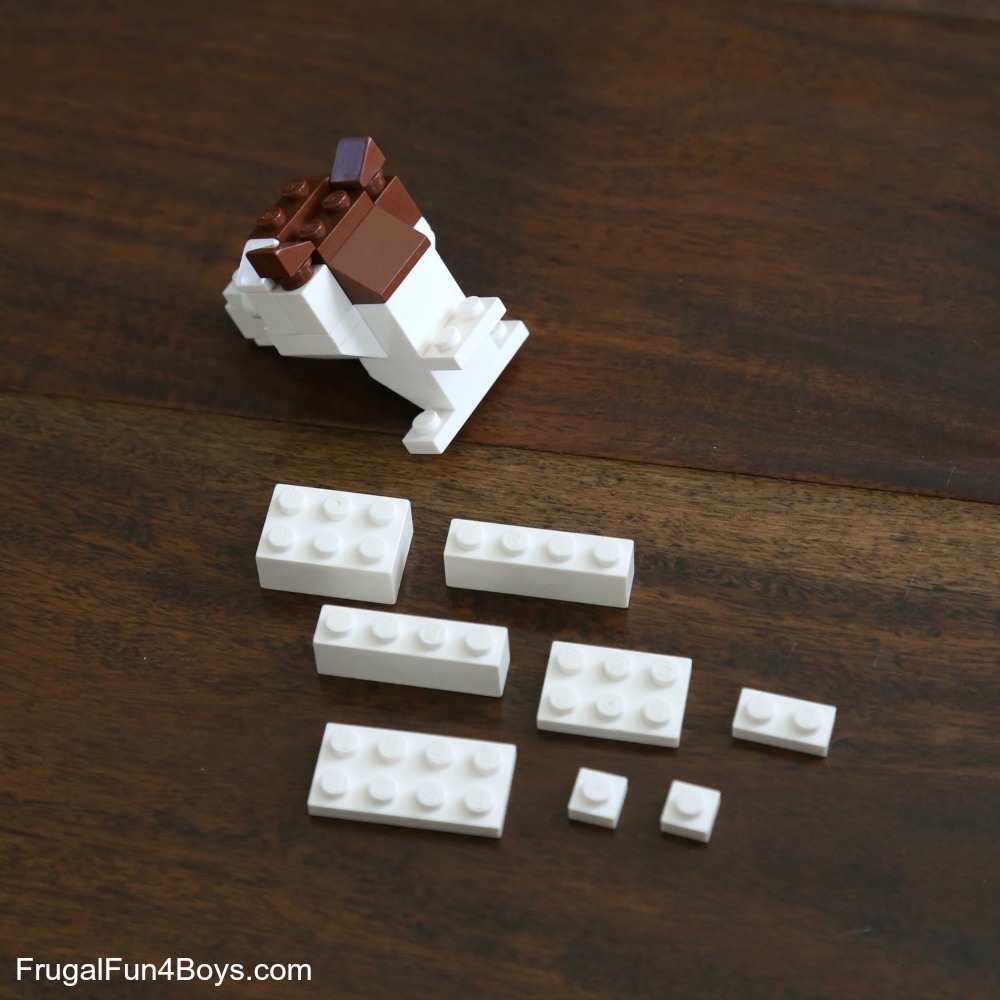 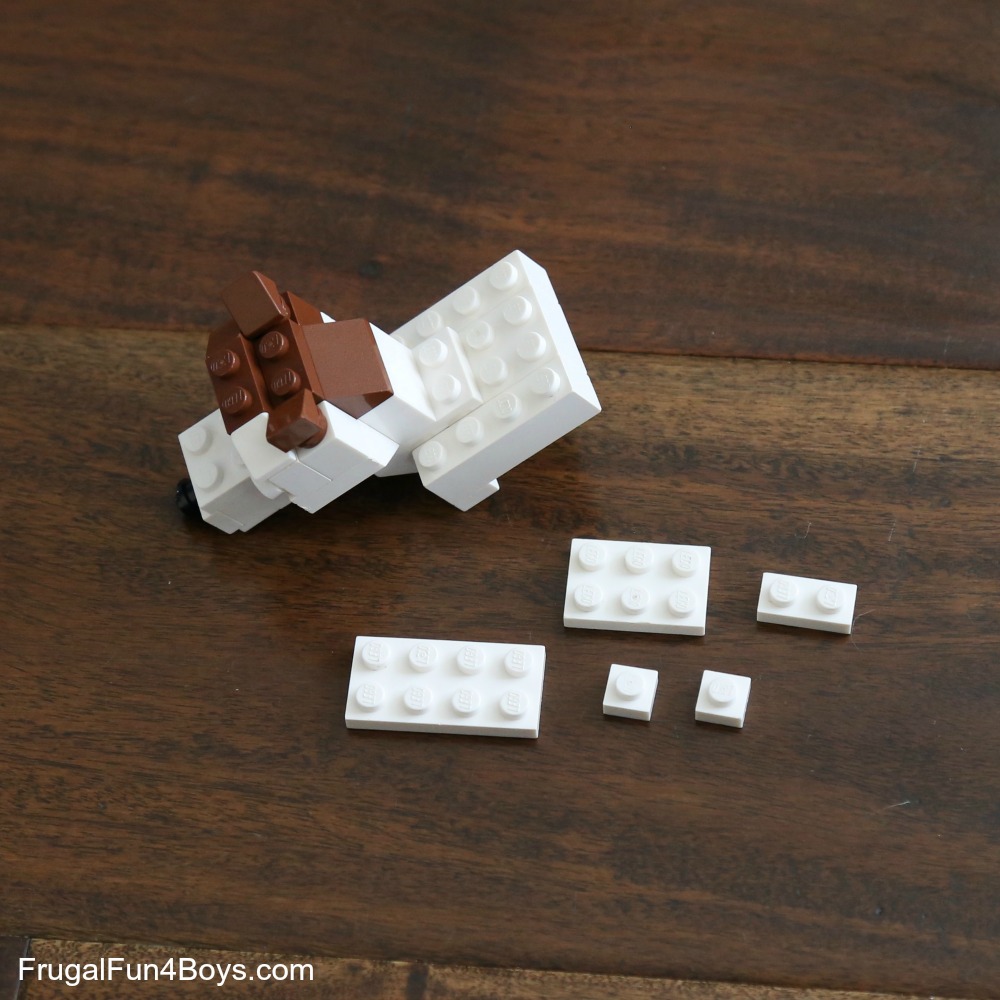 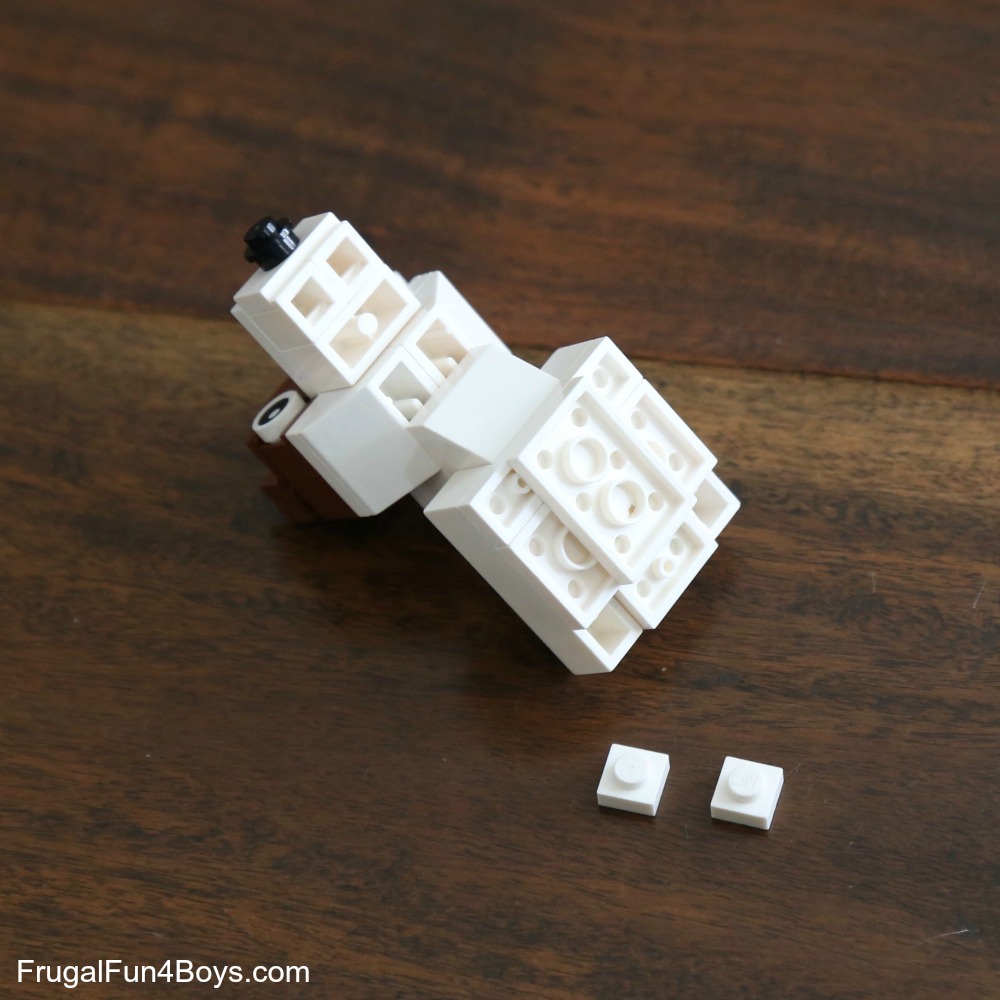 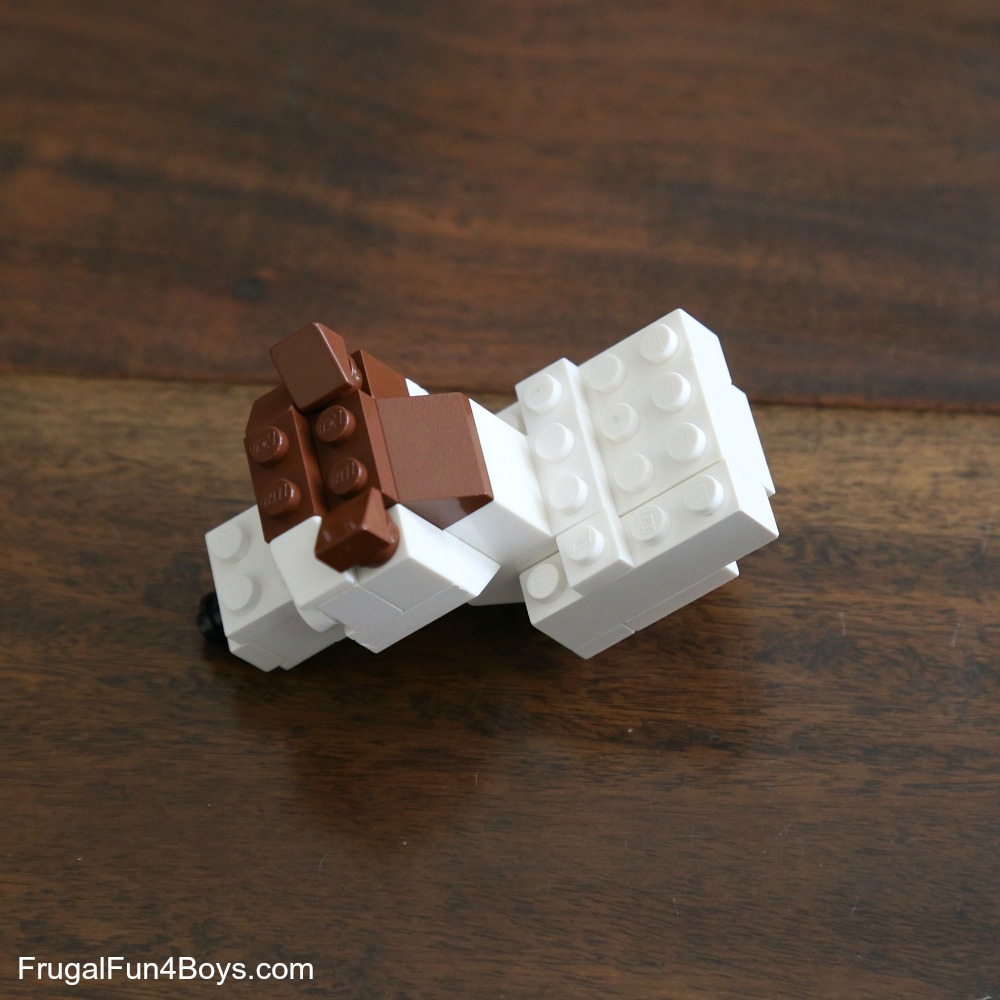 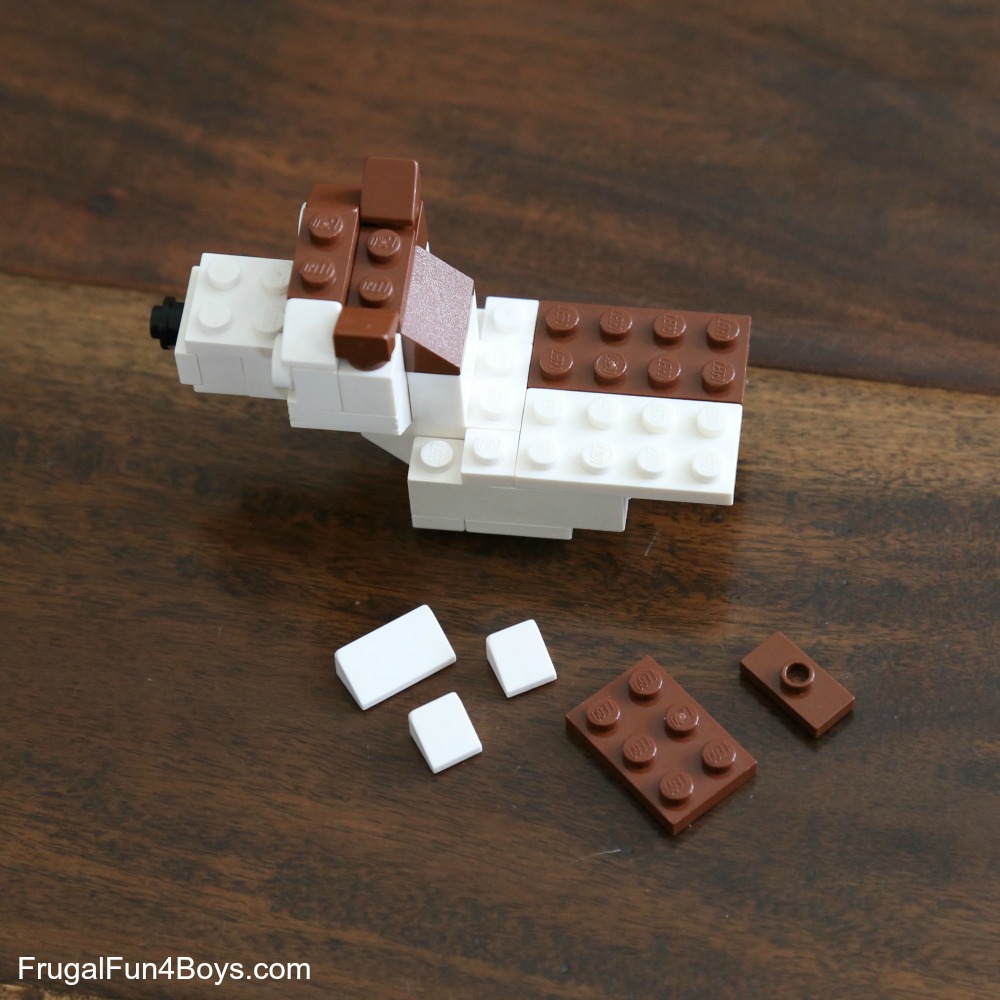 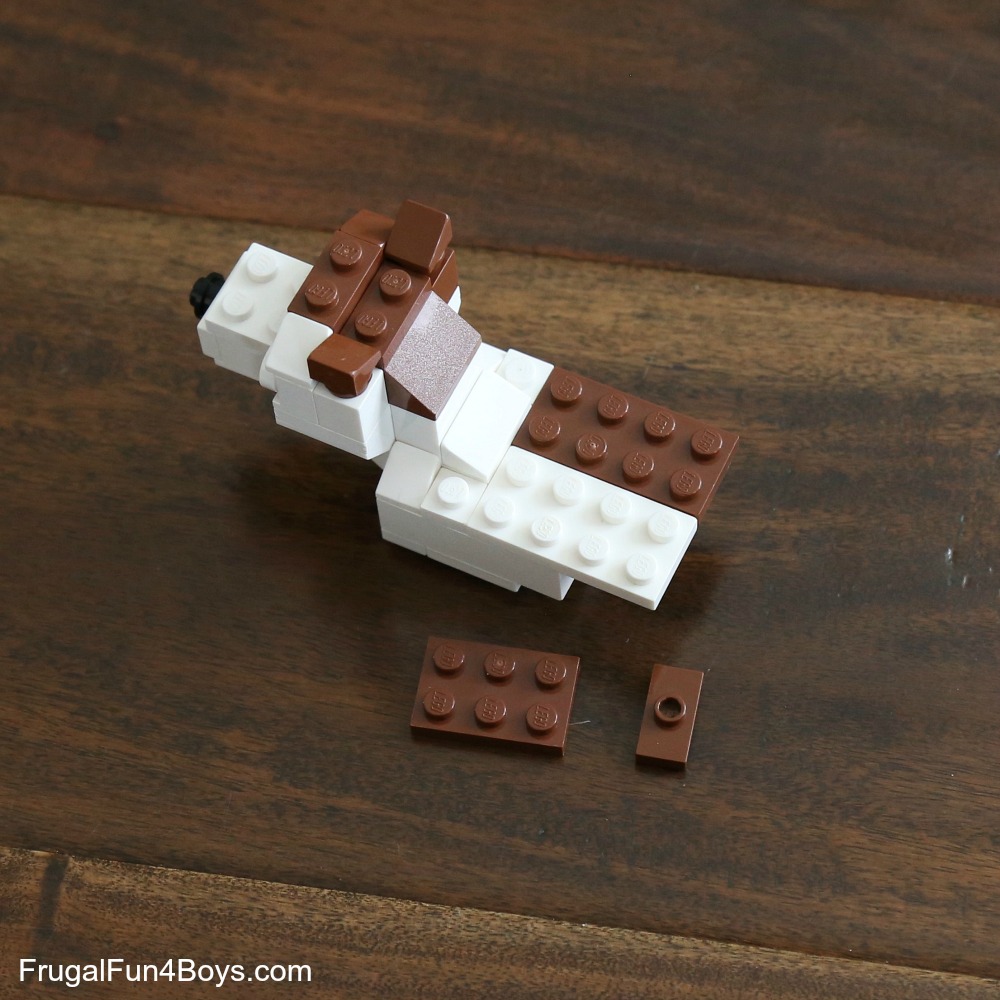 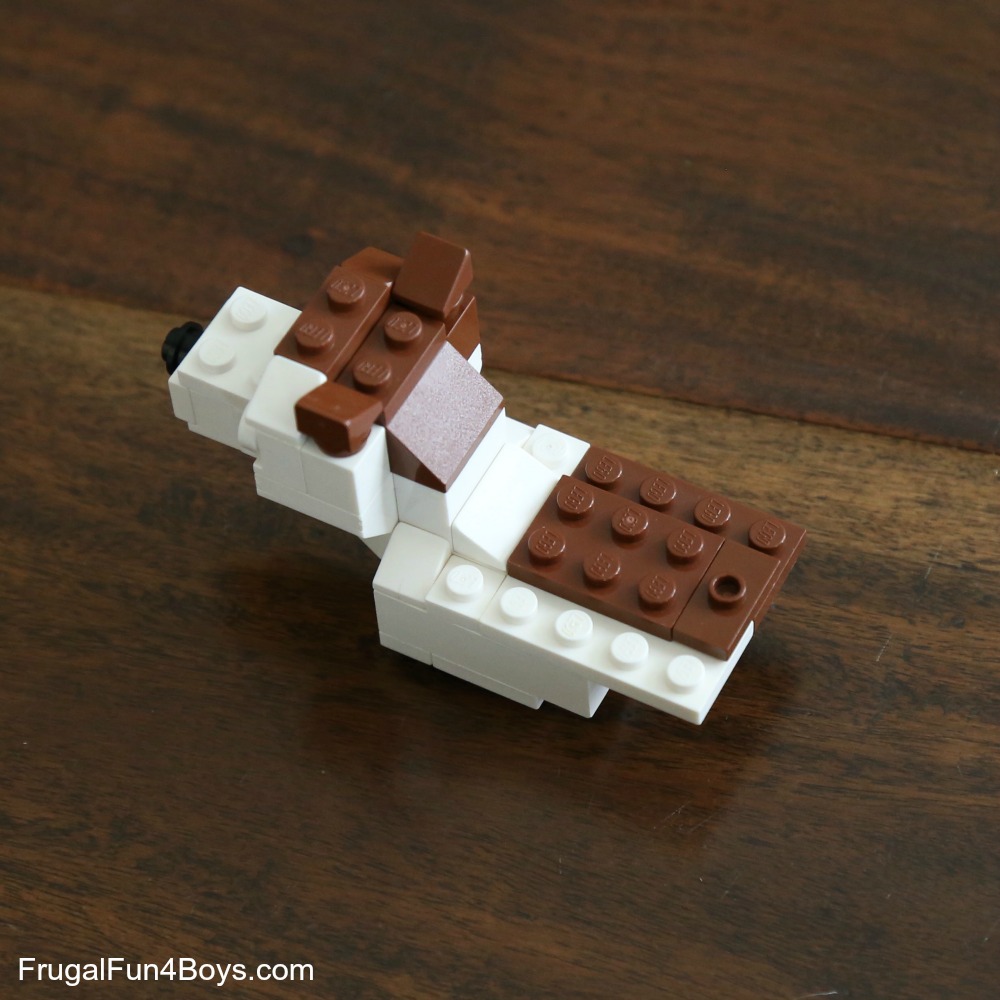 Step 20:  Turn the dog over and then gather the bricks shown. 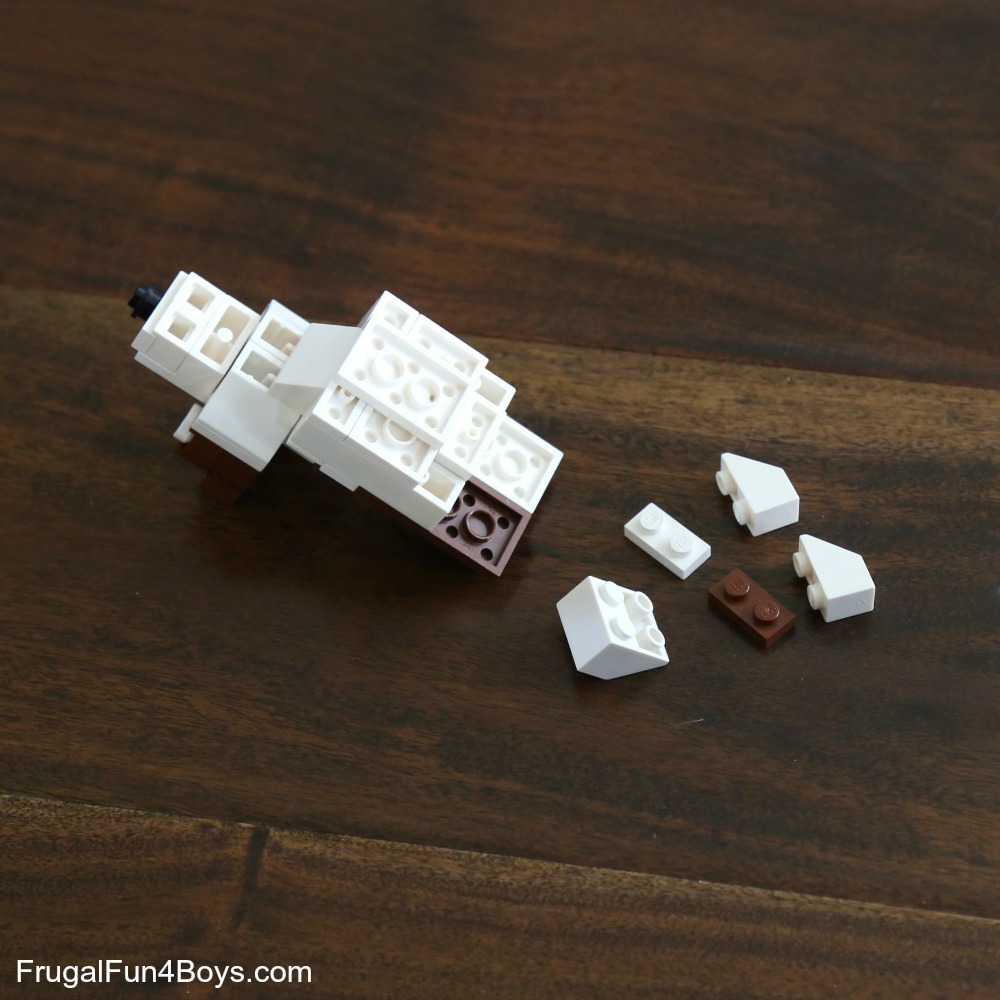 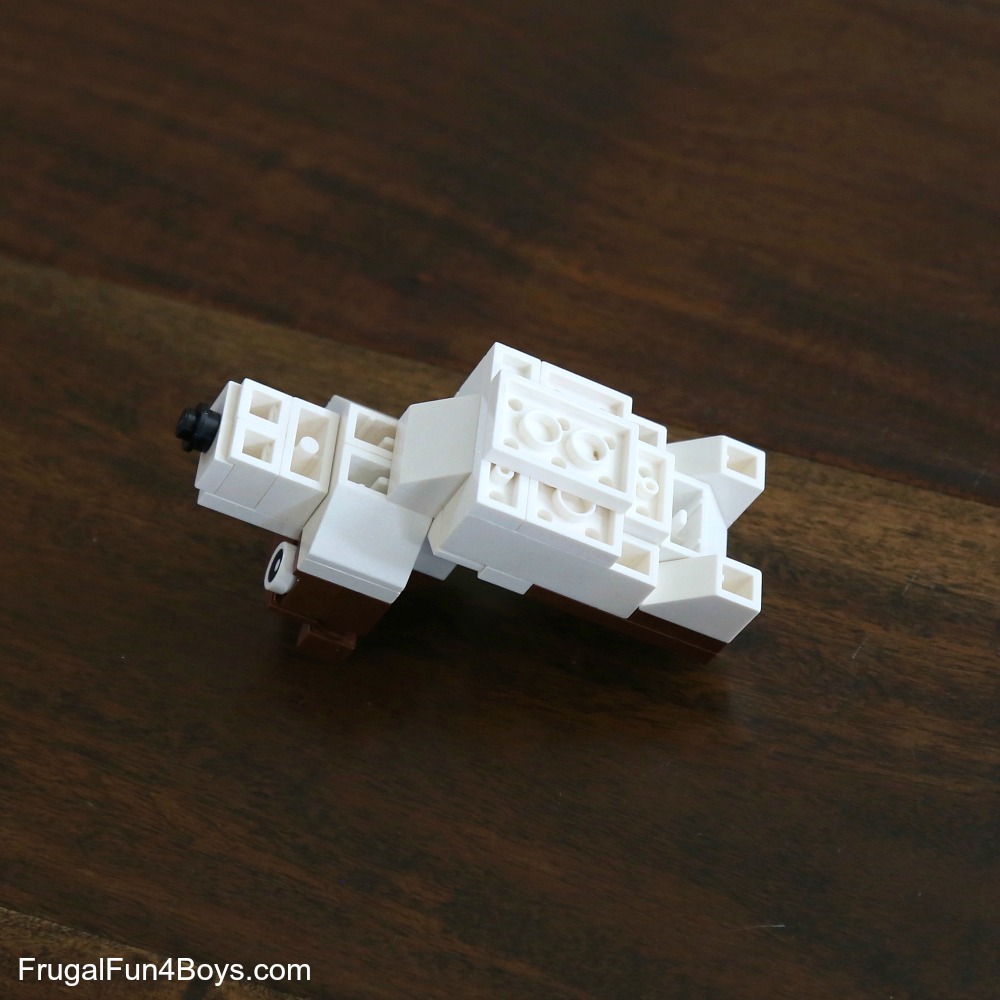 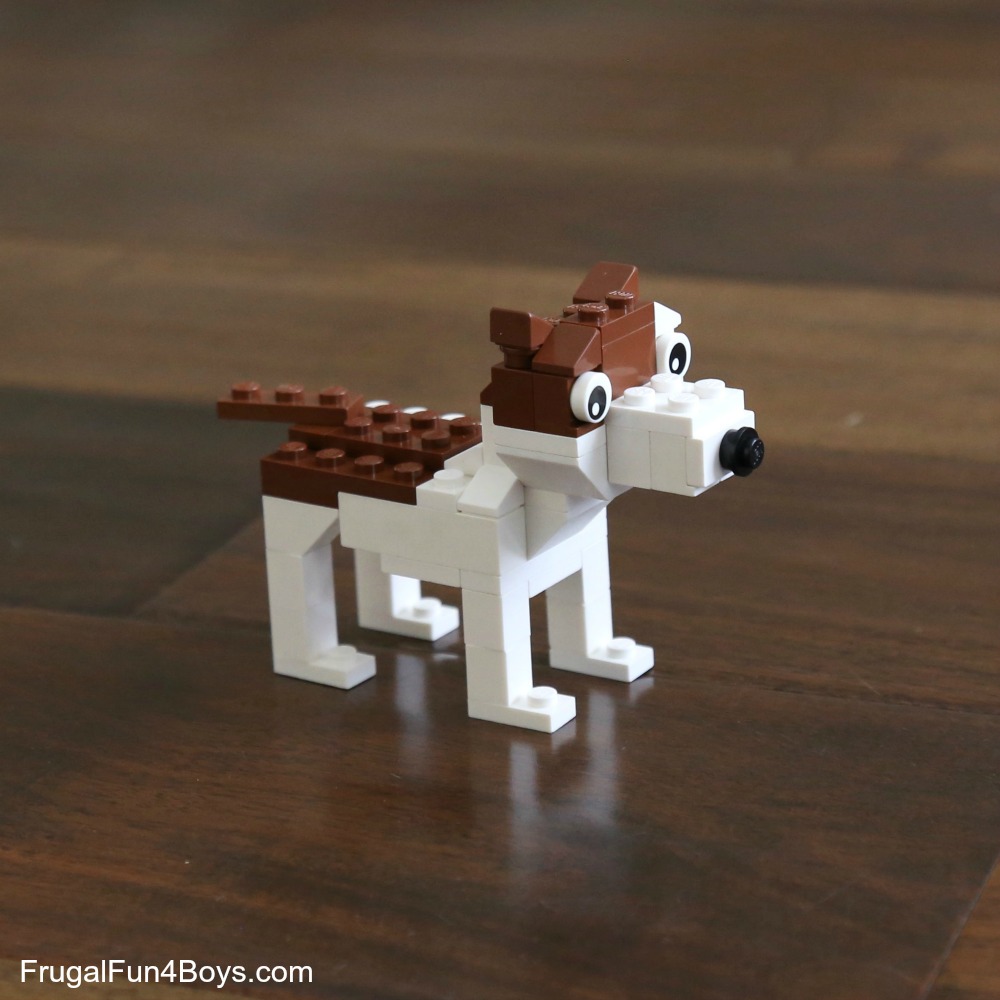 Then build more terriers!  This one has slightly different coloring.  I also used different bricks for the feet – they are a 1 x 2 slope with cutout.  I can’t decide which feet I like better! 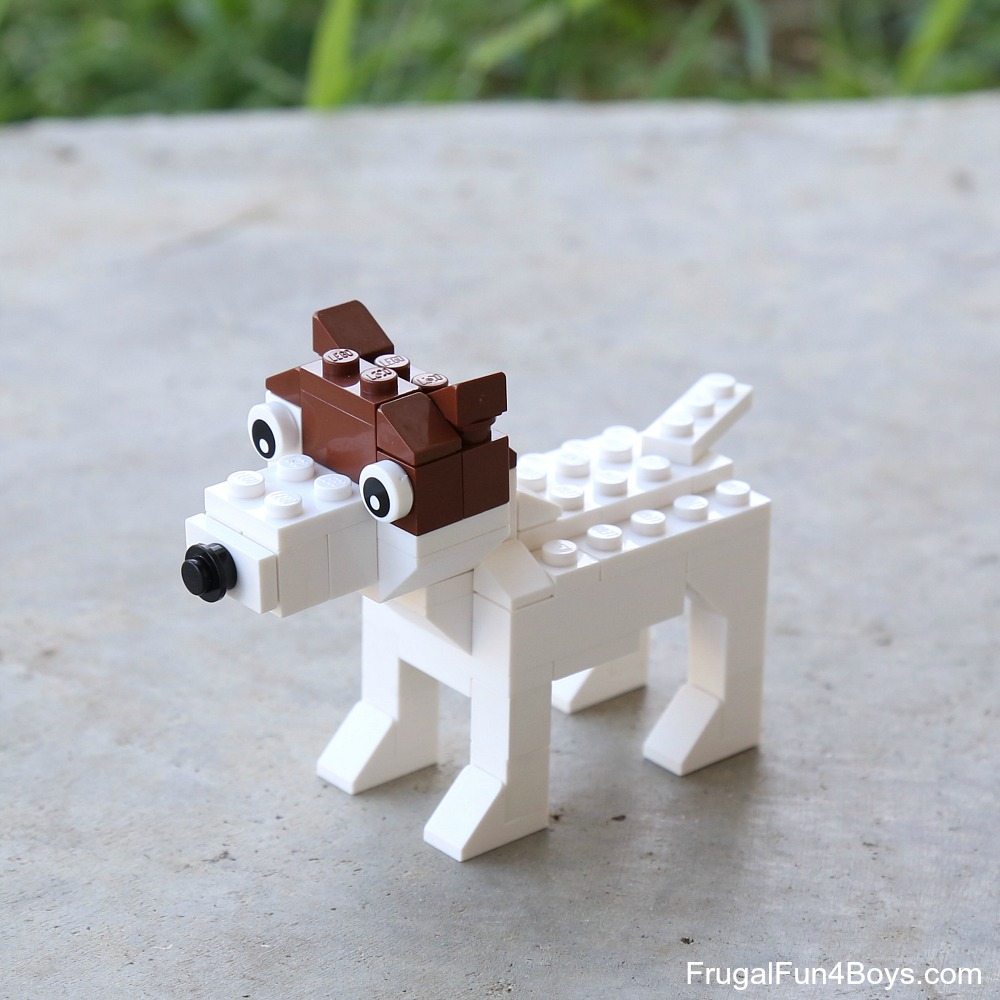 Build a doggy park for your LEGO® dogs! 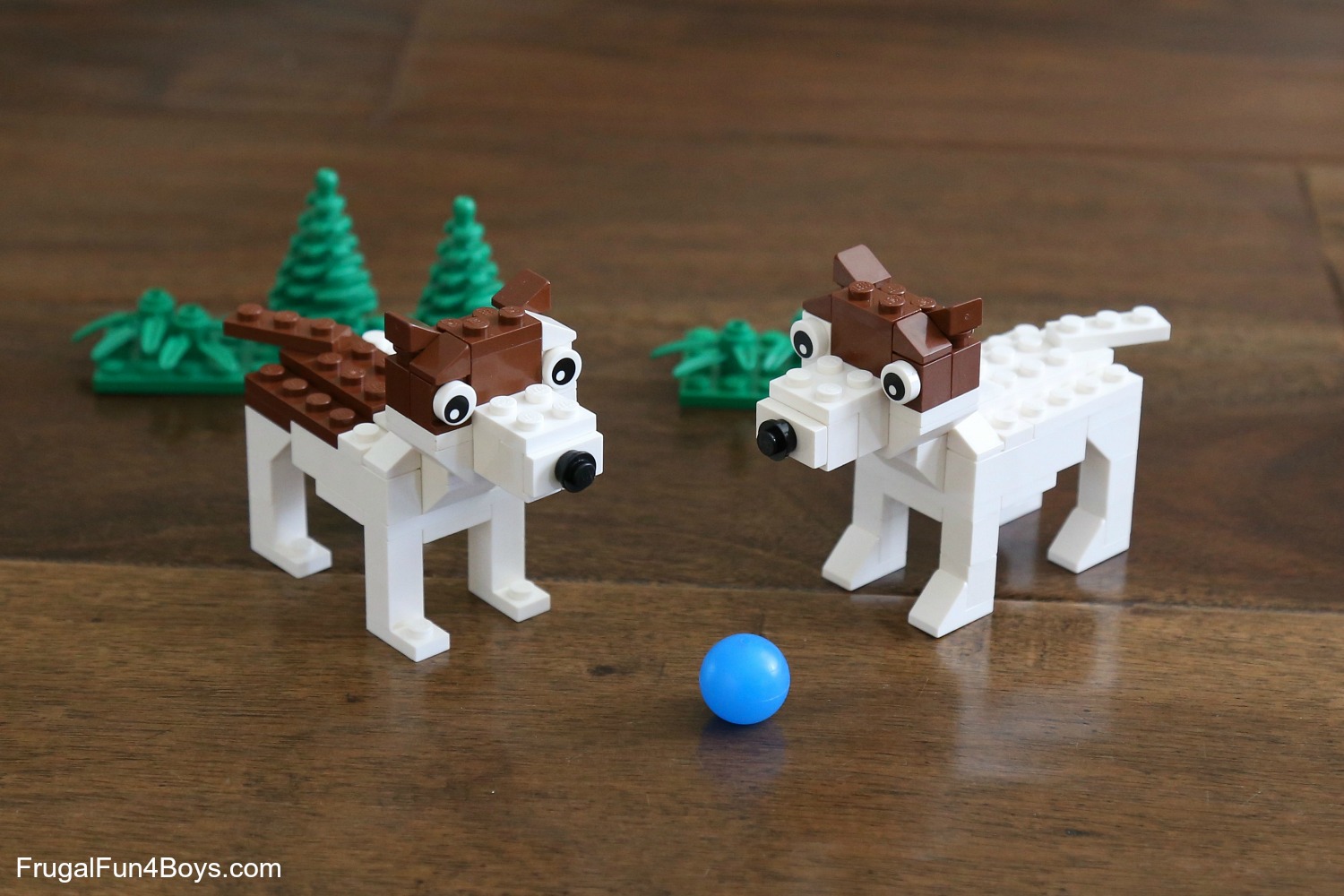 As I was photographing these LEGO dogs and their little ball, along came our real dog with his ball.  Such a goof!  He loves to photobomb my blog photos.  I could include him in every post if I wanted to because he’s always finding a way to get in front of the camera. 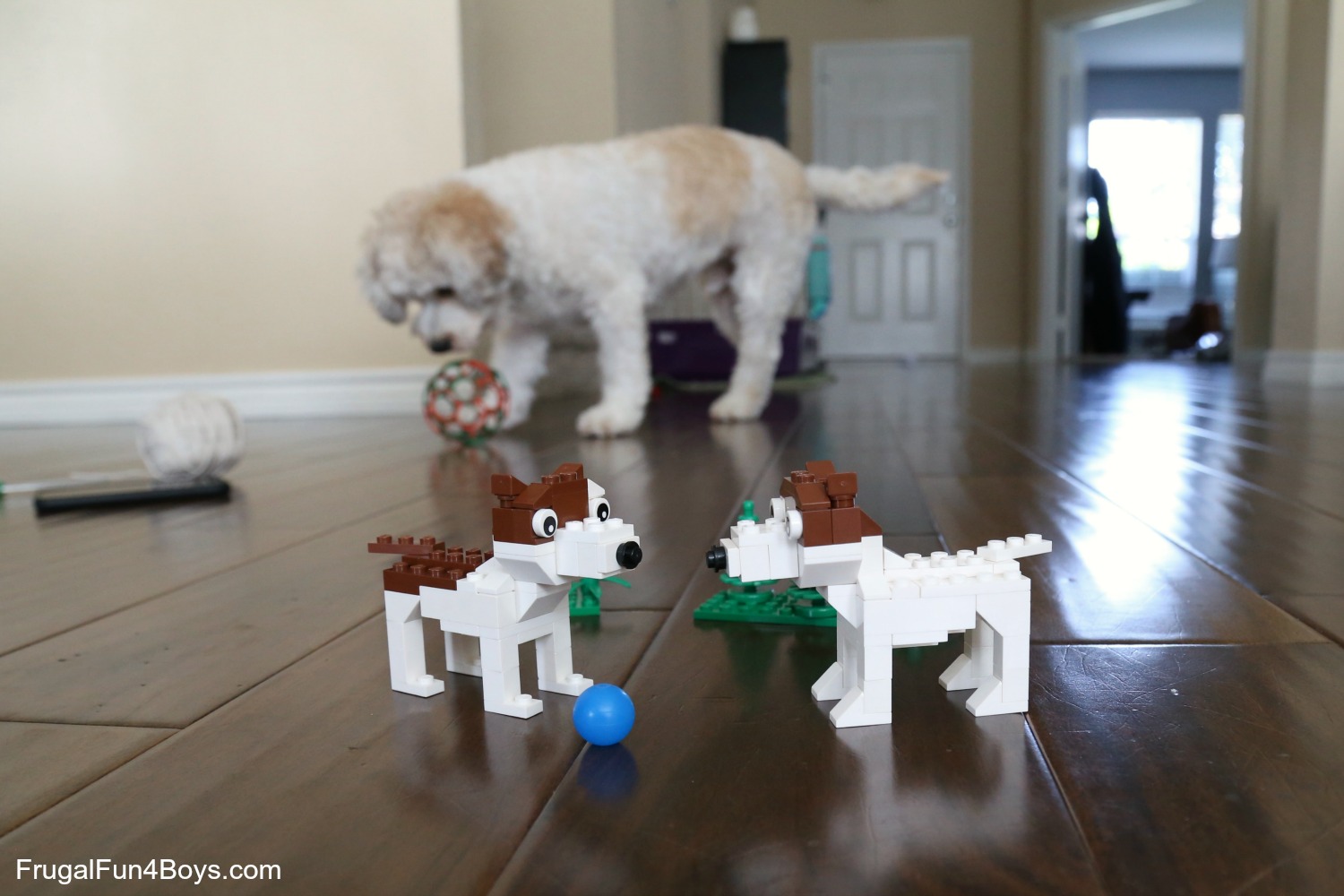 LEGO® is a trademark of the LEGO® group of companies which does not authorize, sponsor, or endorse this site. 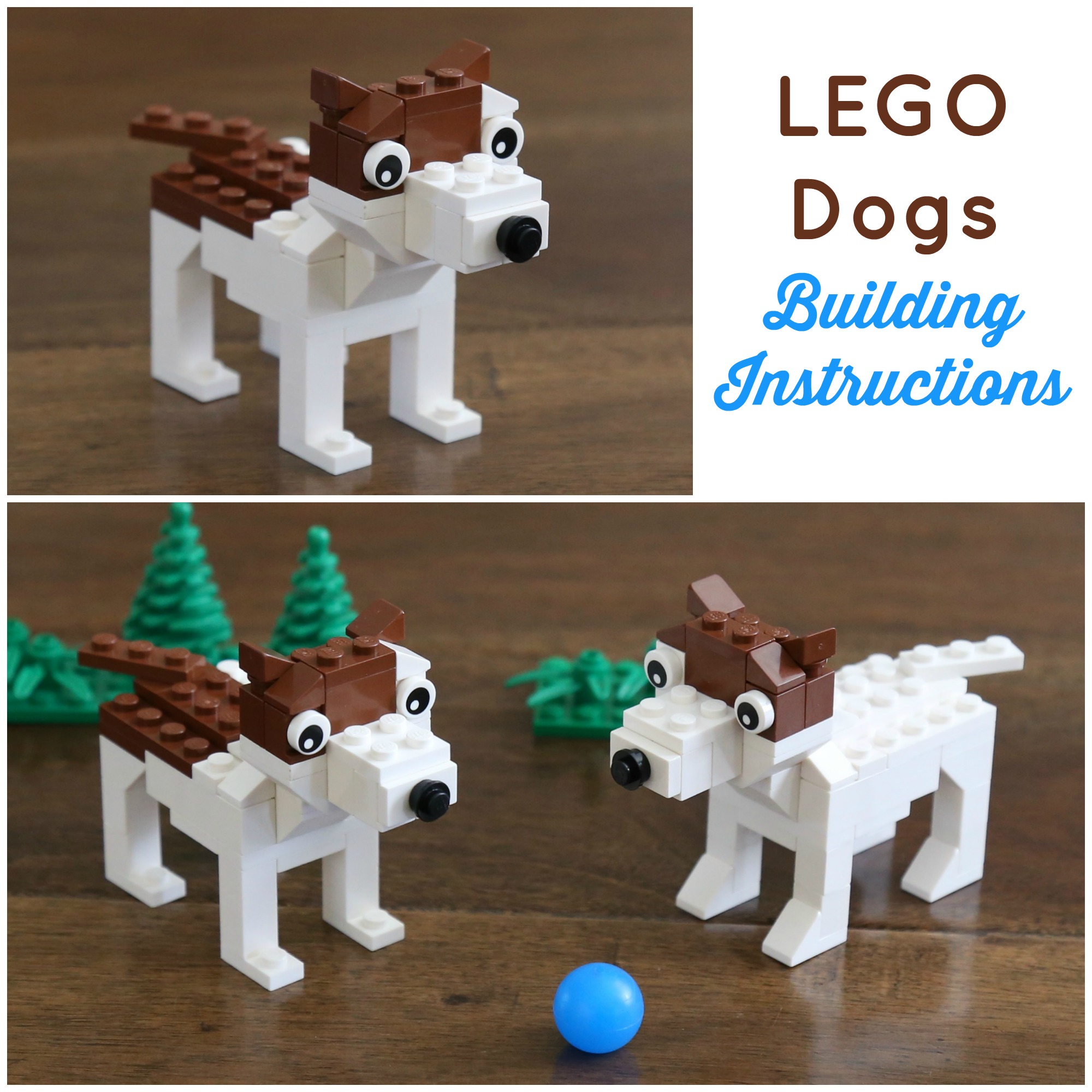