Turn an empty tissue box into a fun catapult! This engineering challenge is a great rainy day project for kids, and great for STEM learning too.

This fun little catapult can be built in just a few minutes, and it shoots 8-10 feet! Far enough to be cool, but not enough power to hurt someone. We found this idea in Family Fun magazine several years ago and decided to build another one with the younger kids. The basic catapult design doesn’t shoot super well – look for an important tip in the instructions.

Here’s what you need to build one: 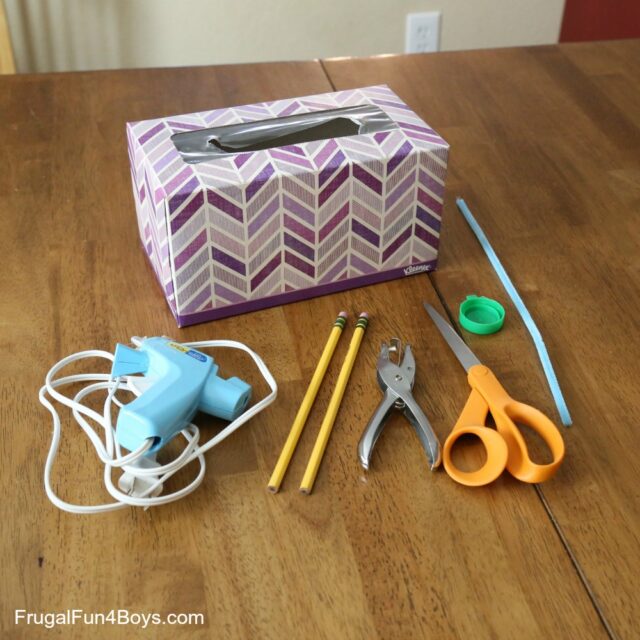 Step 1: Start by cutting the opening of your tissue box a little larger, like this. 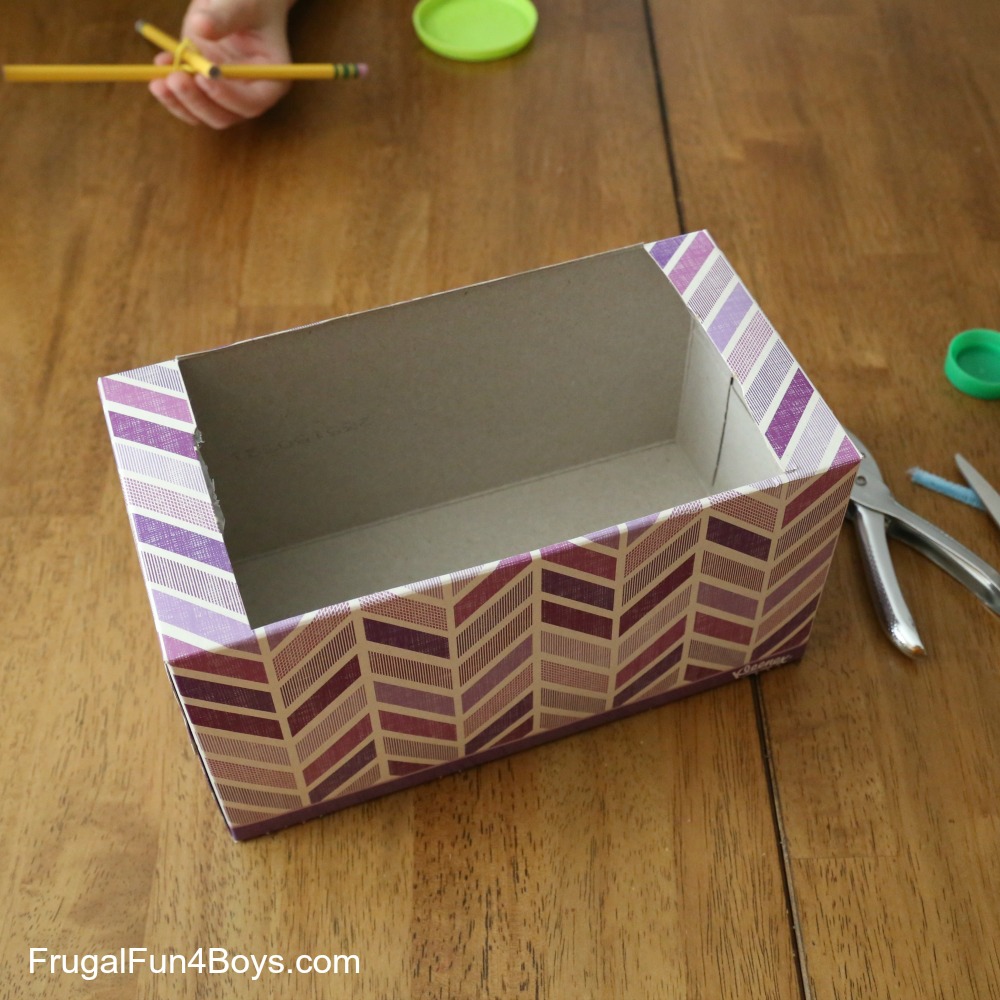 Step 2: Use a rubber band to attach two pencils so that they make a cross. Then use a hole punch to make holes on either side of the box. Insert the pencils. You may need to use a sharpened pencil or a pen to make the holes a little larger.

Step 3: Attach a rubber band to the end of the pencil. We used a knot like you would do on a luggage tag. We also attached two rubber bands since ours were short. 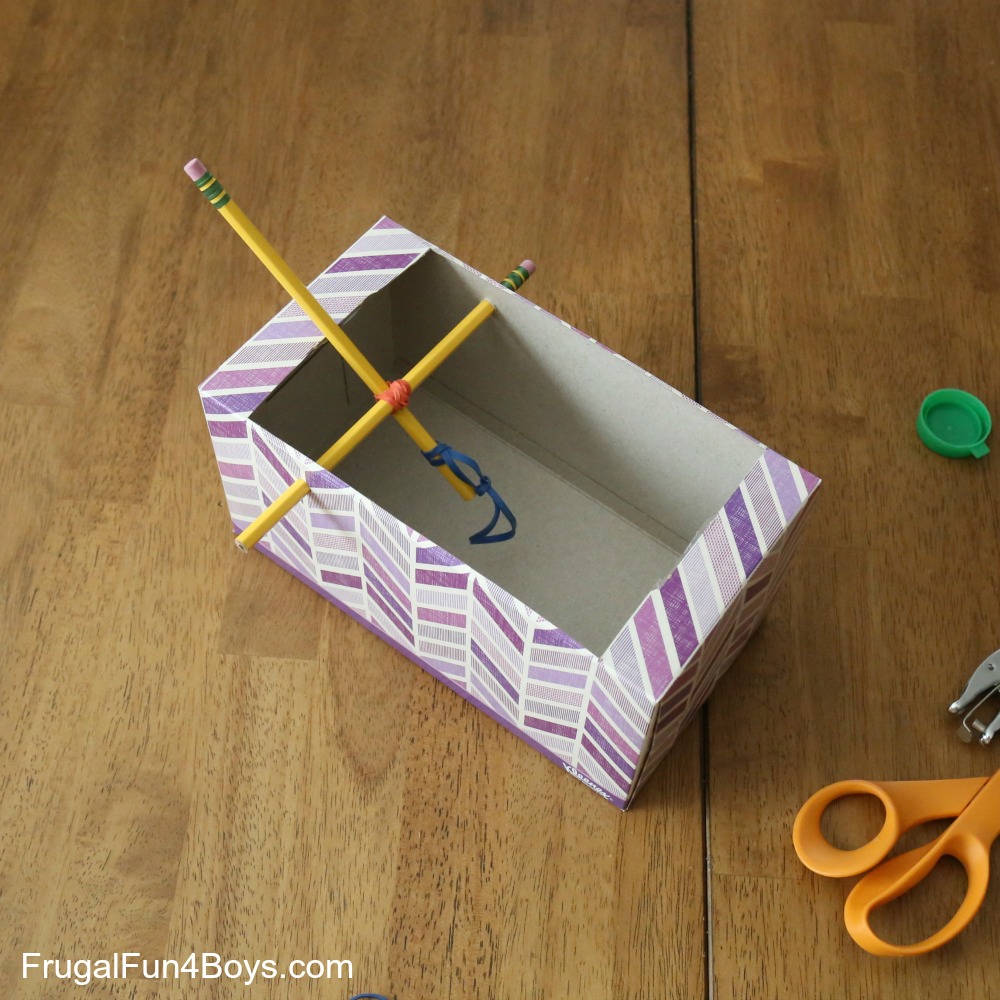 Step 4: Make a little hole on the end of the box and pull the rubber band through. 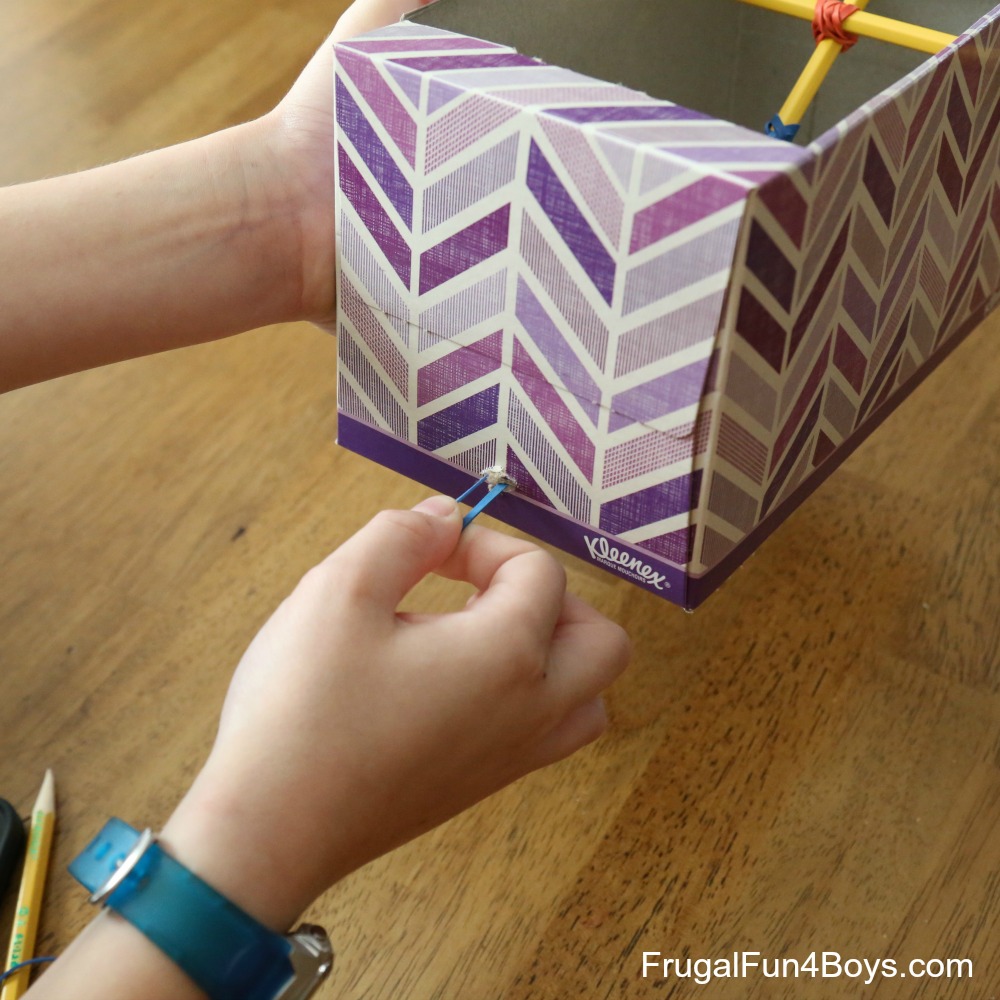 Step 5: Stick the pipe cleaner through the loop of rubber band and then tape it to secure it to the box. Otherwise, the tension on the rubber band will pull it back through! Now the catapult has rubber band power! 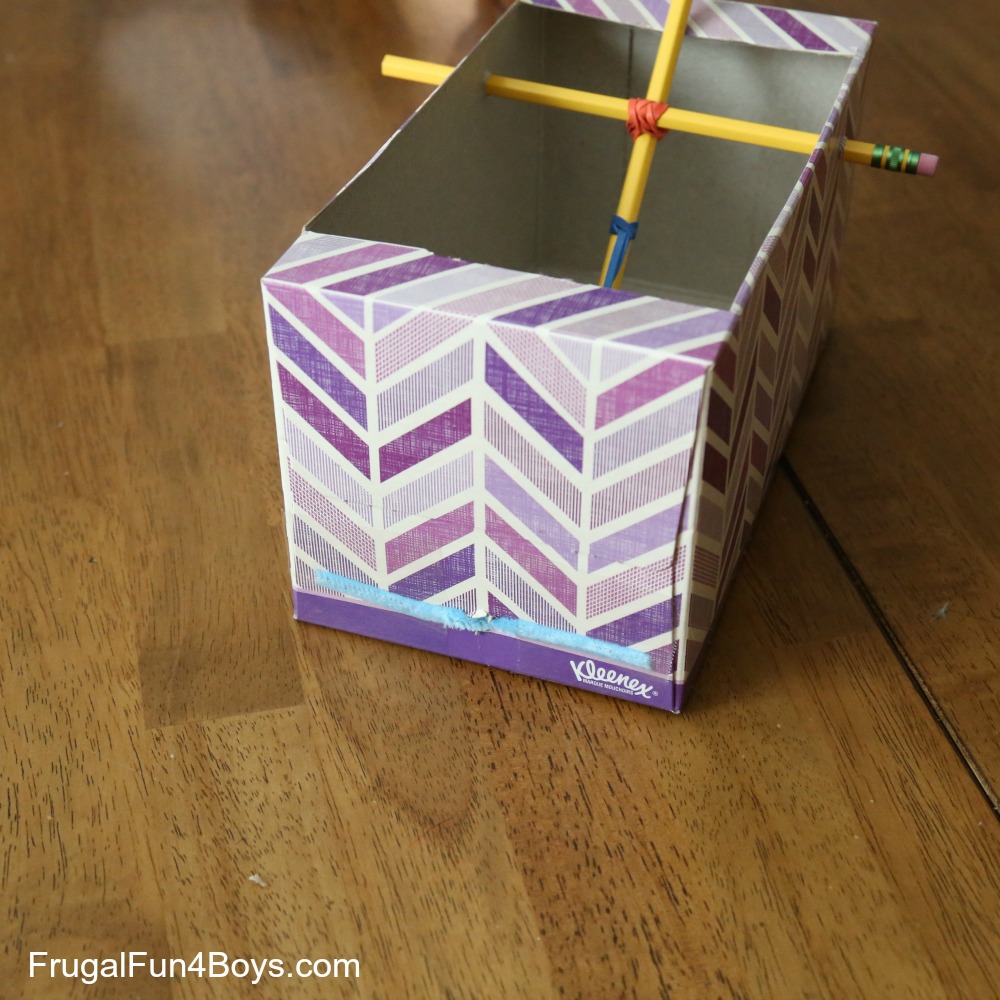 Step 6: Use hot glue to attach a plastic cap to the pencil.

This is what the catapult looks like when it’s just sitting there. 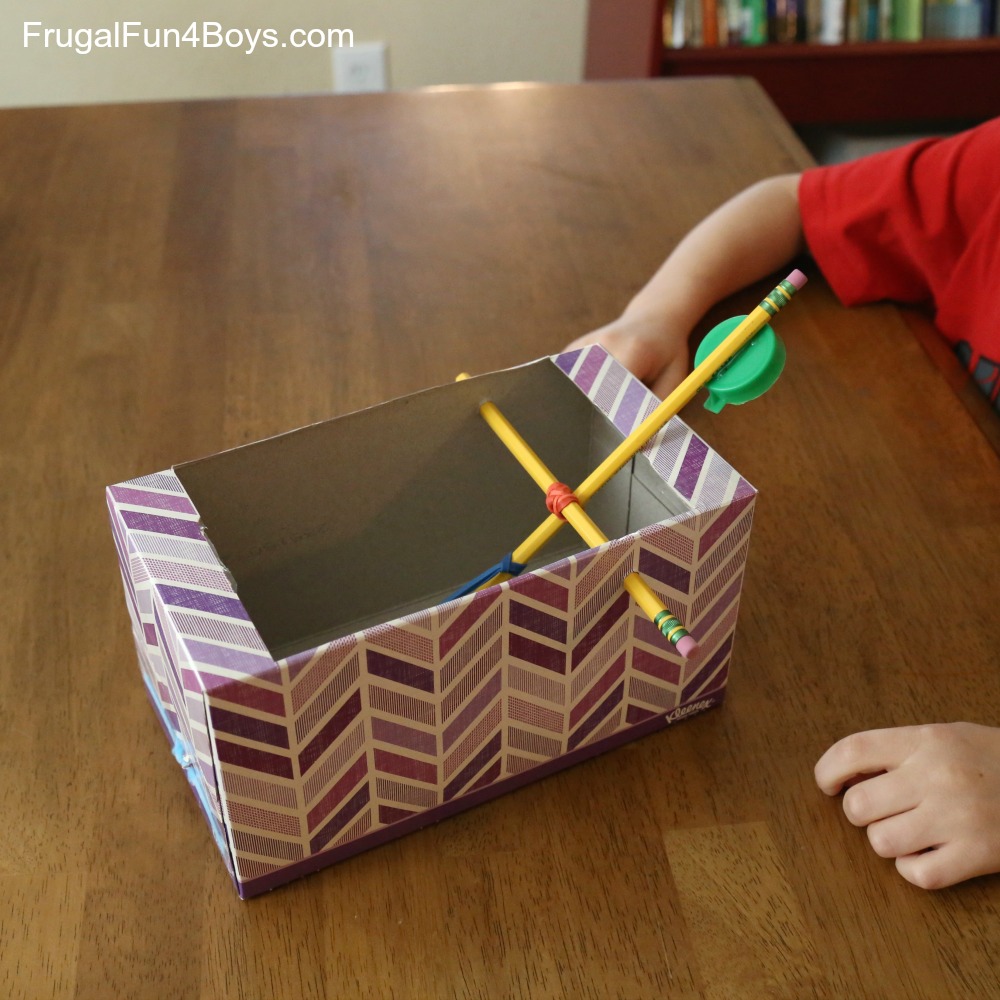 To shoot it, you need to pull the arm down like this: 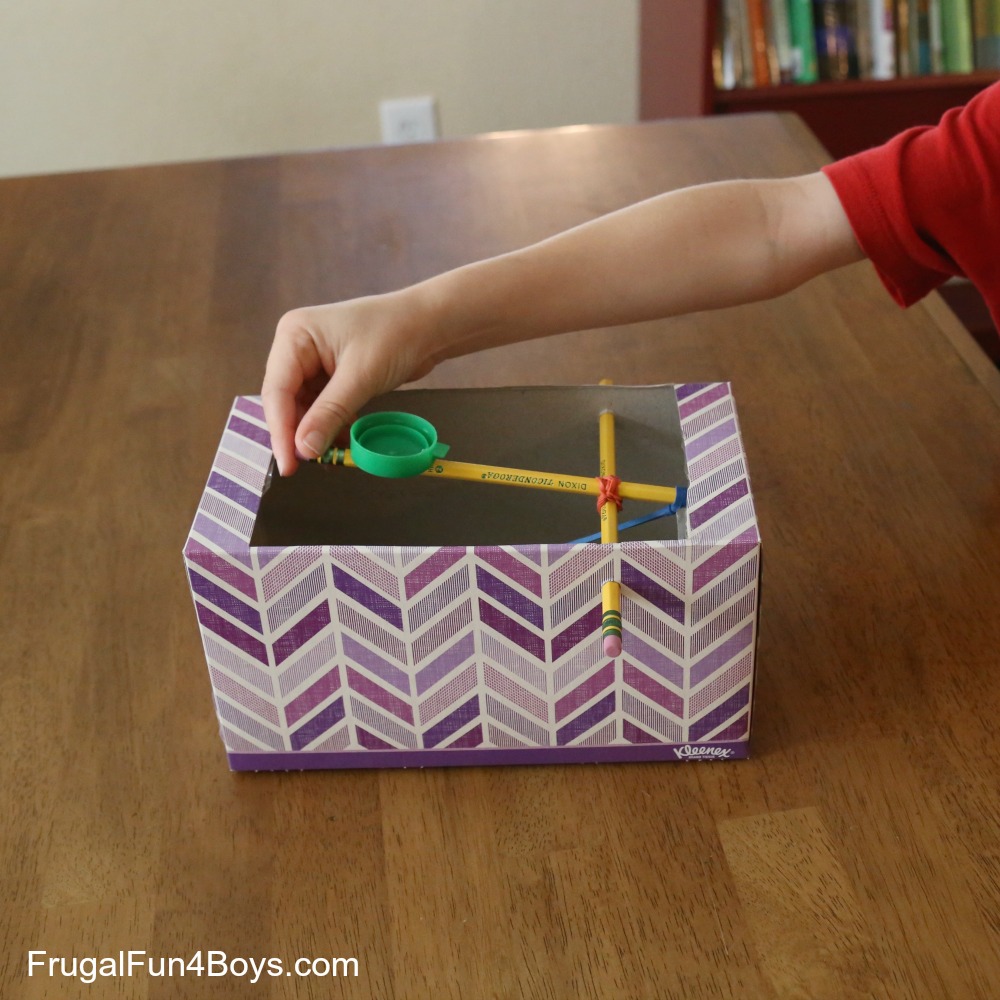 Now if you stop here, the catapult will shoot, but since the shooting arm is pointed down toward the ground when it releases the projectile it doesn’t go very far! We added another pencil to stop the shooting arm at a better angle.

We experimented a little bit with the third pencil. Taping it directly to the box didn’t work because of the tension of the shooting arm. The best bet was to attach it to the other pencil with duct tape. 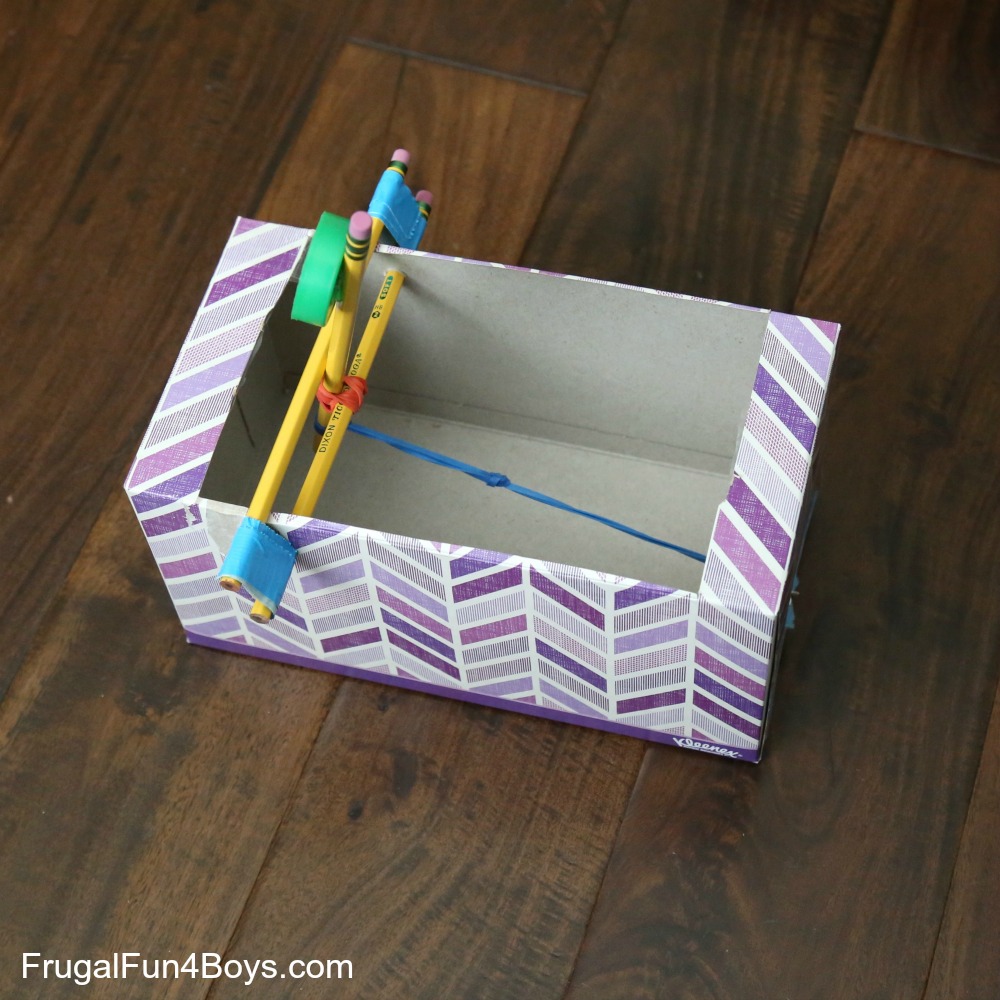 Owen had fun shooting square LEGO bricks. Yes, they are hard but they don’t launch with enough power to hurt anyone. Pom pom balls would also work, but since they are so lightweight they won’t go as far. 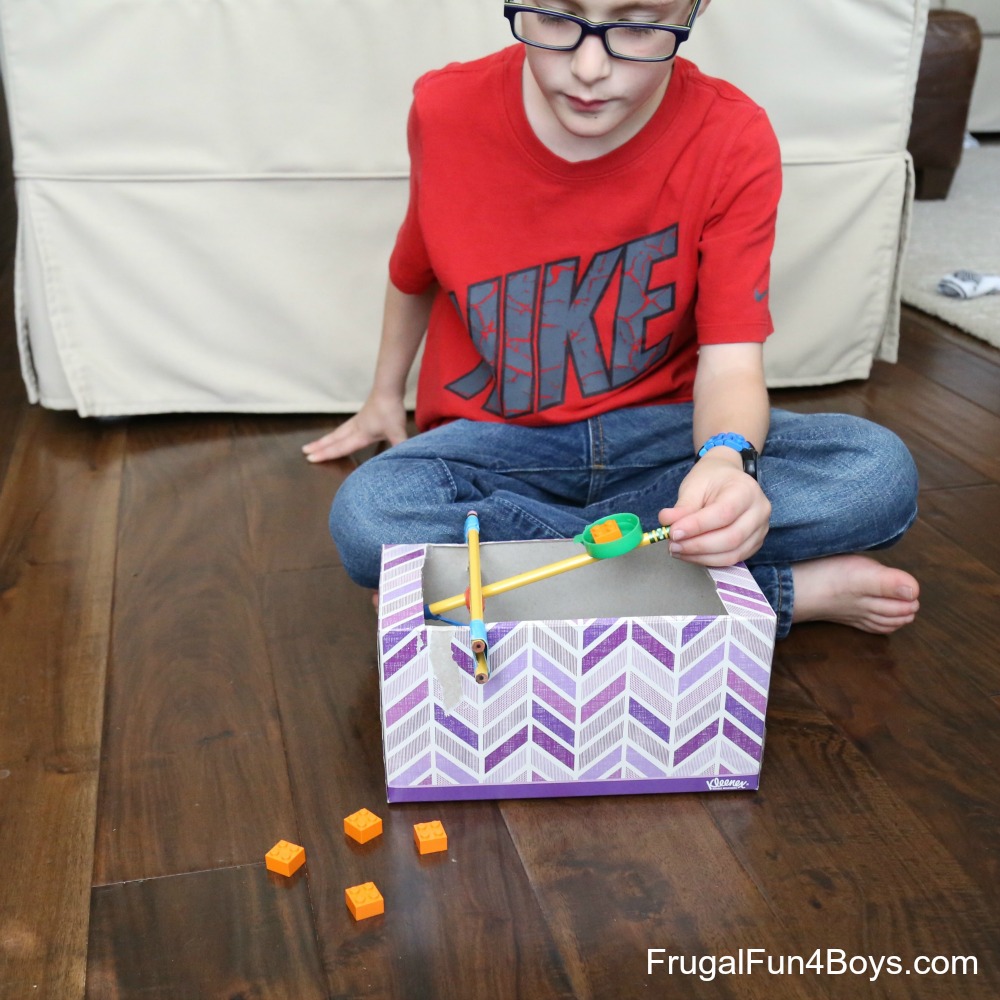 This picture just cracks me up! 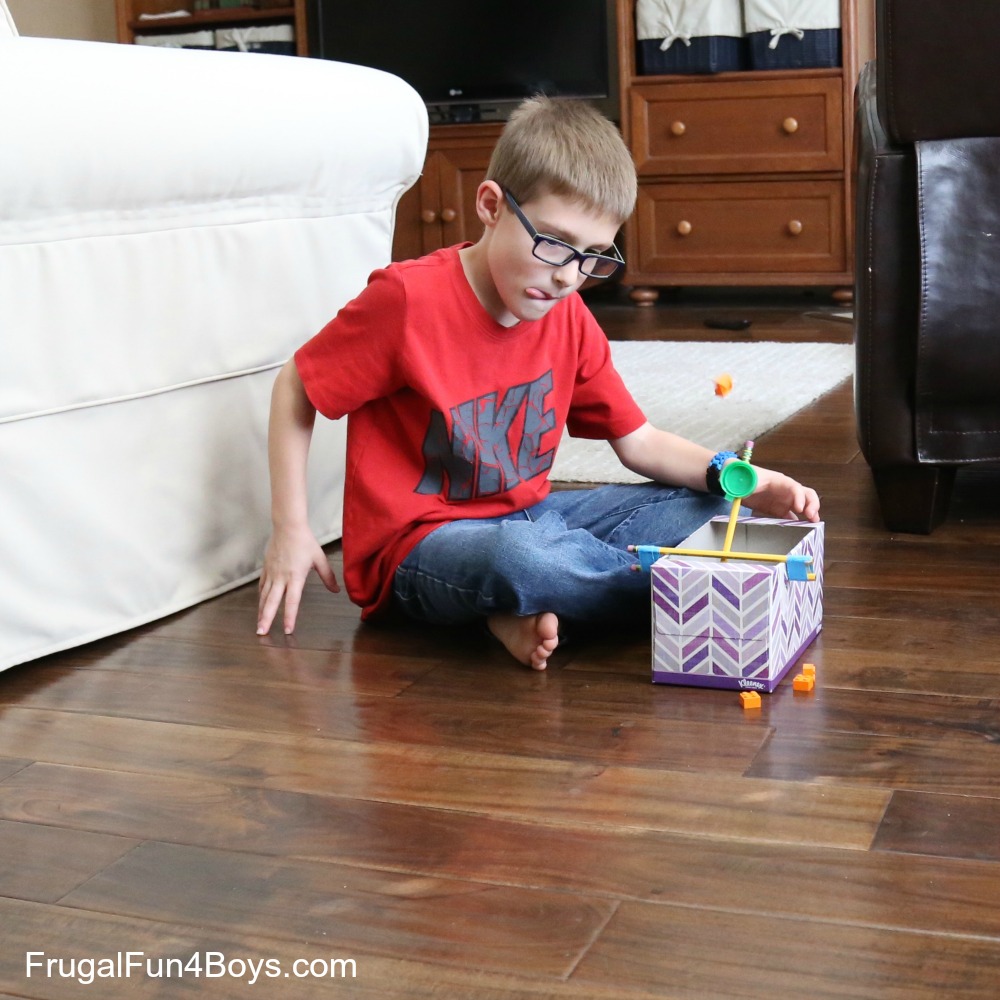 Make it an experiment!

Test how far different projectiles travel! Have kids gather different objects to shoot, measure the results, and compare them with a graph. Try experimenting with the tension of the rubber band. Or try finding a better position for the shooting arm. 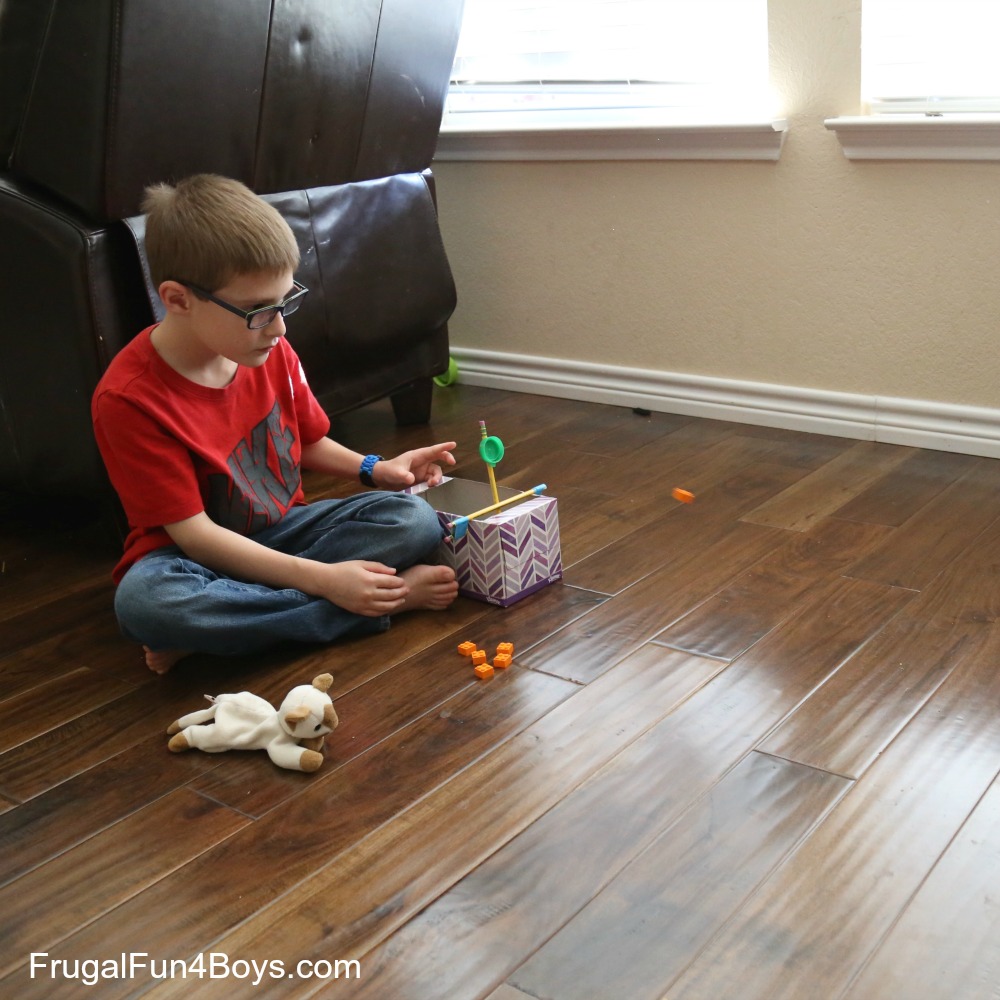 More things that shoot and launch: 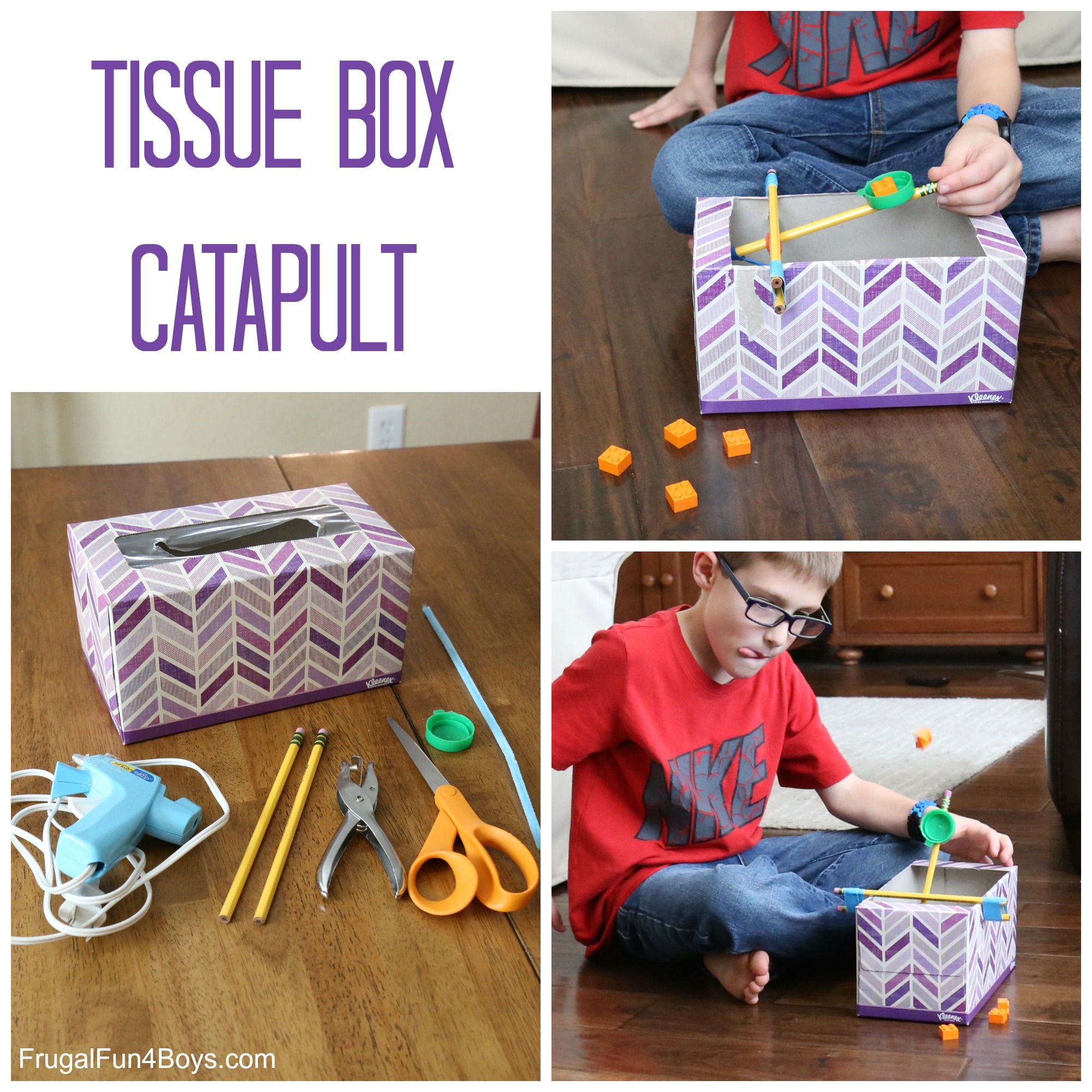