A few weeks ago, we made some dirt play dough that has been a lot of fun for sensory play with construction trucks! We also used it for some literacy learning with this dirt play dough and rocks sensory writing tray. 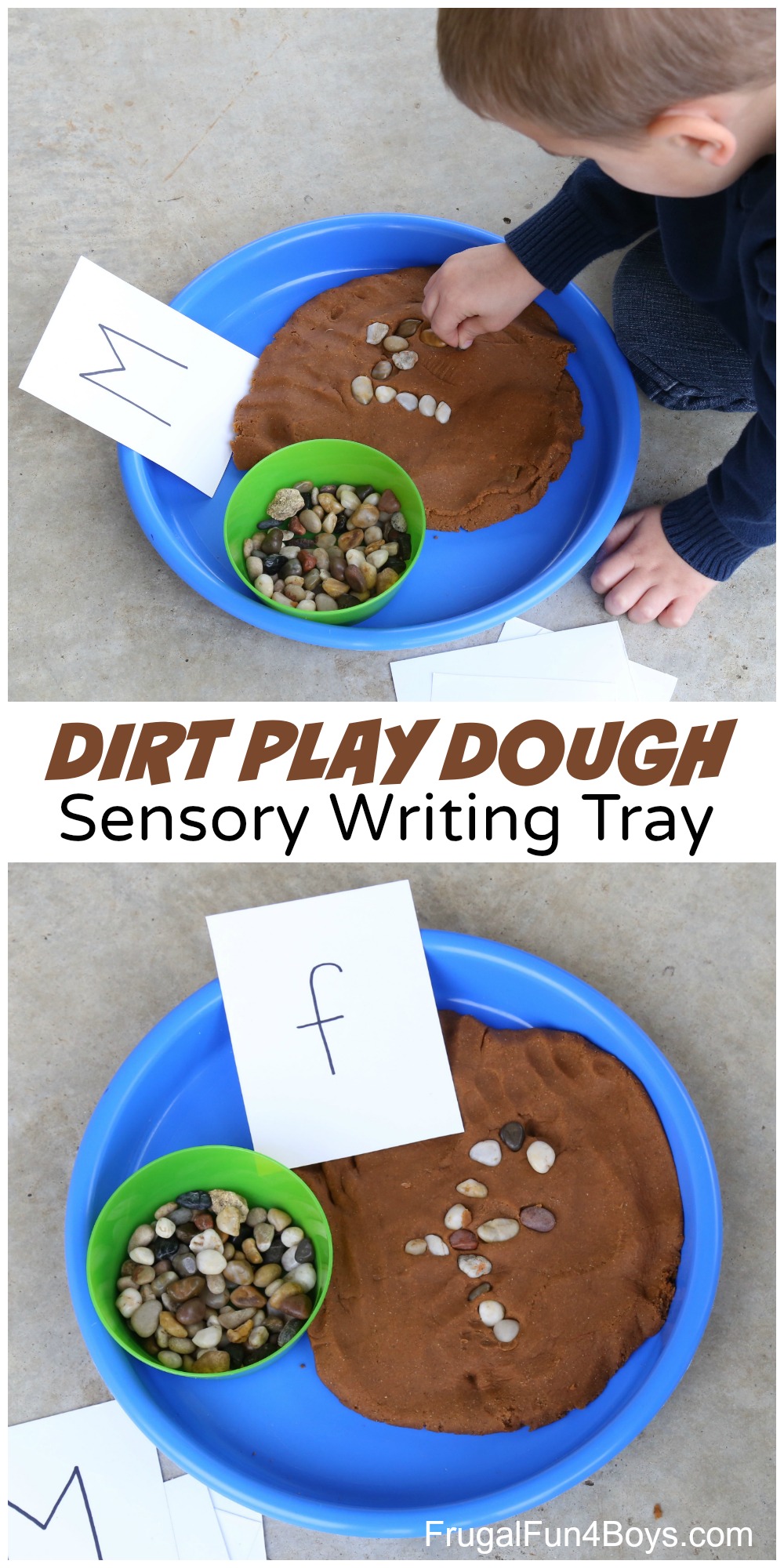 Jonathan has been dying to do things that he perceives as “real school work” just like his older brothers, and now that he is 5, we are starting to work through Get Ready for the Code. He has had trouble learning the alphabet, but learning the letter sounds is helping him retain the letter names! This book, which is designed to come before the Explode the Code phonics series, introduces the letters b, f, m, k, r, and t. There are two more books in this series – Get Set for the Code, and Go for the Code. Those three books cover all of the consonants, and then the vowels are taught beginning with Explode the Code book 1. 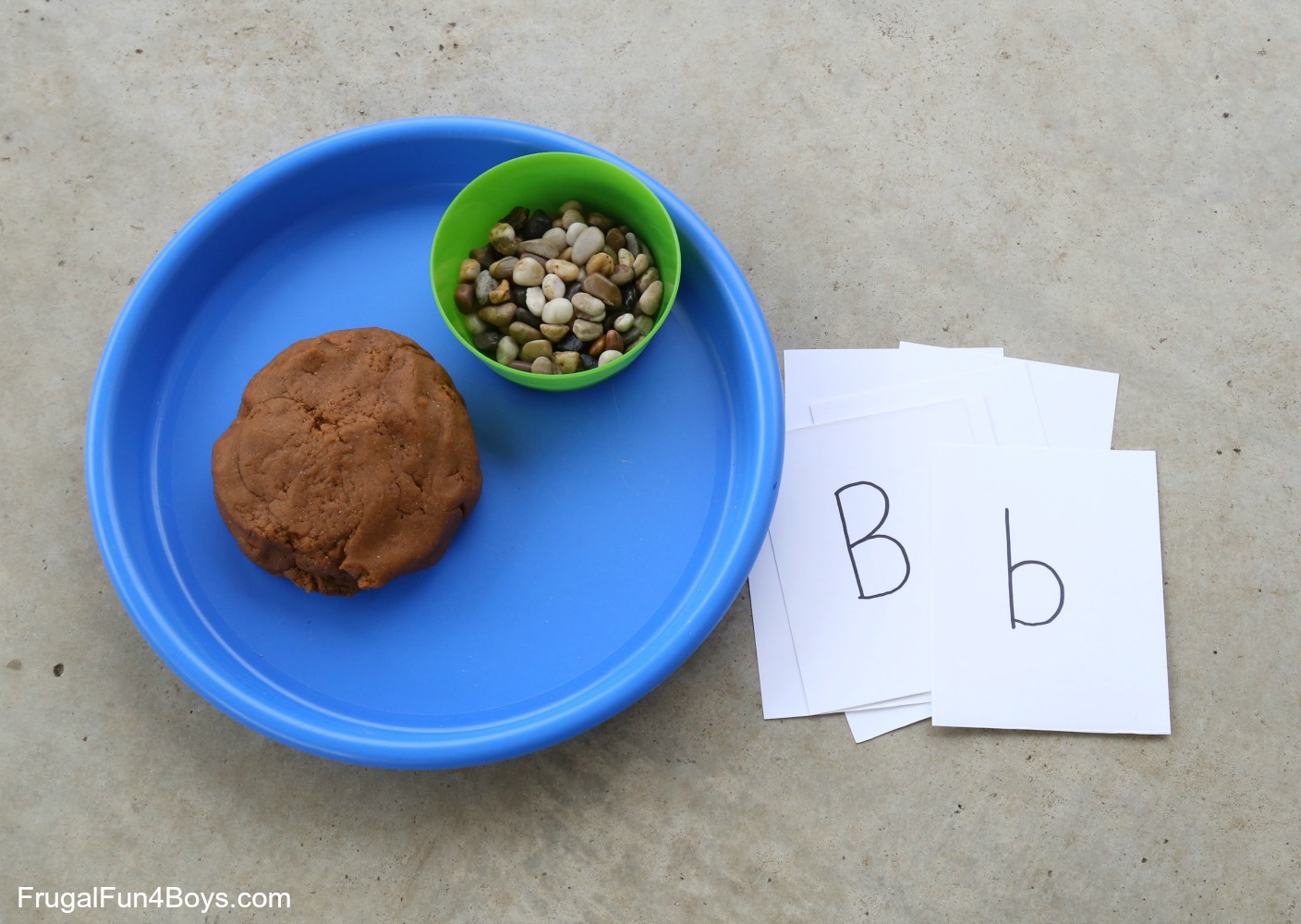 I made some letter cards with the capital and lower case letters that he has learned so far. 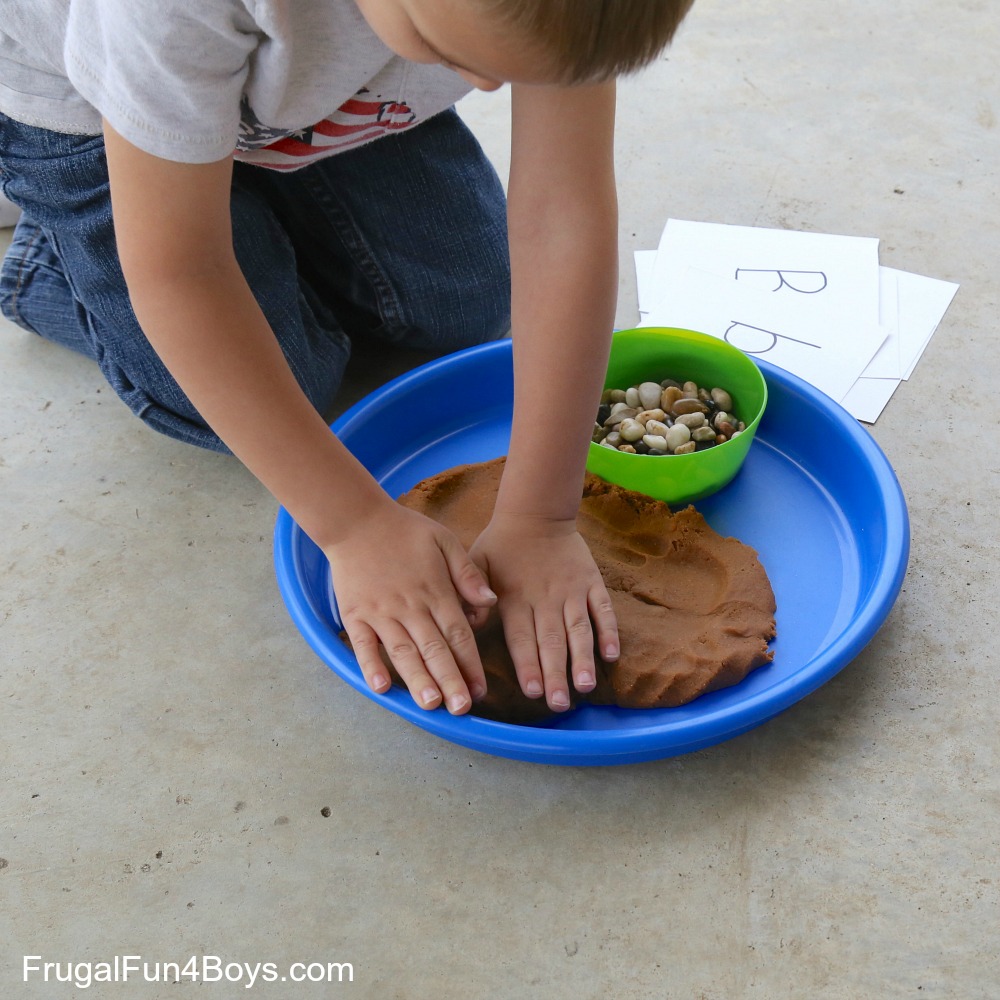 Then it was time to squish the play dough flat and get started! Jonathan enjoyed choosing which letter he was going to make next. (See how to make the play dough here: Dirt Play Dough) 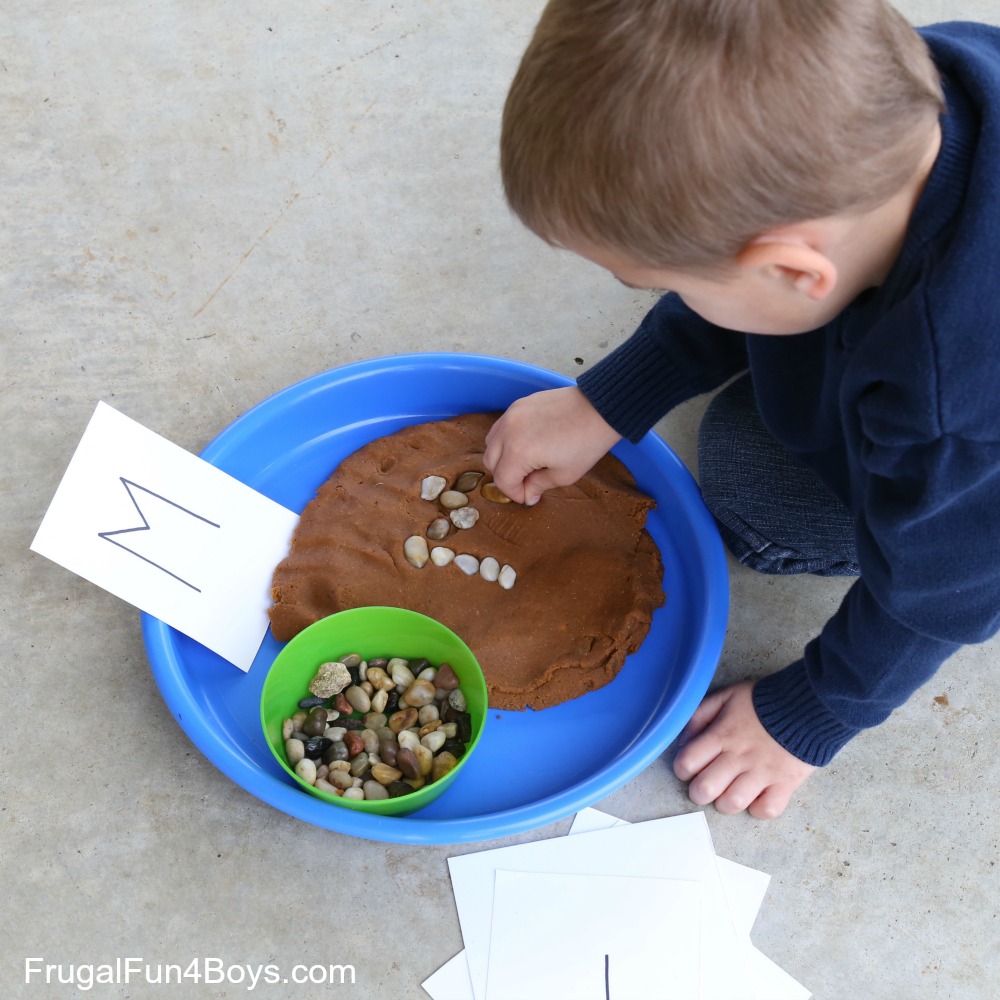 The point of this activity was not so much to practice writing, but more a tactile way to remember and reinforce the shapes of the alphabet letters. 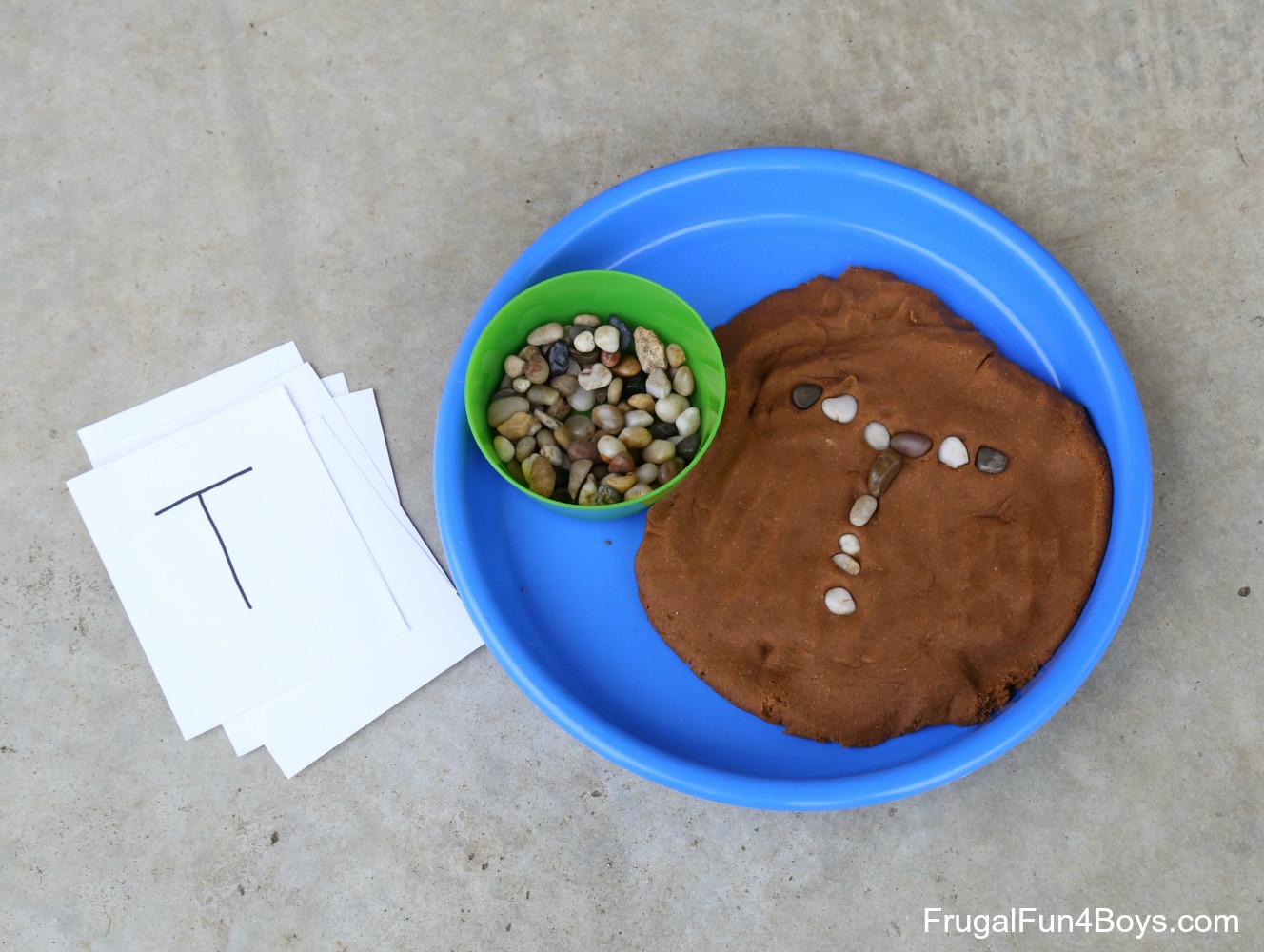