Lately, I’ve been doing a unit on physics with my boys that I prepared years ago when I taught science classes for homeschoolers. Of all the physics experiments we did, these ones on momentum are some of my favorites! 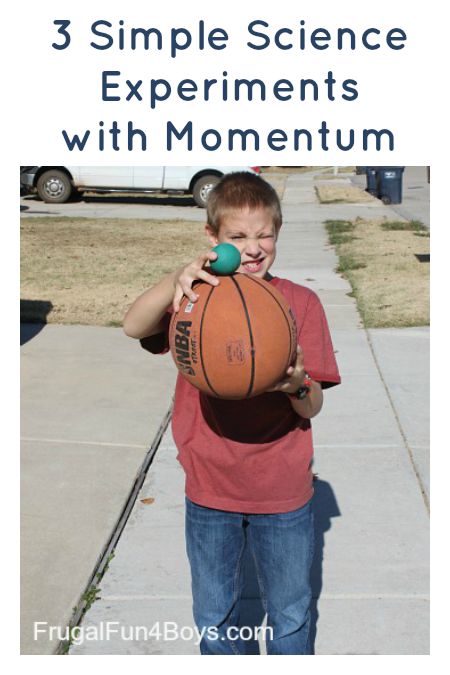 Momentum is a fairly easy concept for kids to grasp. Kids know that if they are riding their bike down a hill, it’s harder to stop because of their speed. Momentum is “mass in motion.” Inertia is a related concept (the resistance an object has to a change in its state of motion), but they differ in the fact that still objects have inertia (because an object at rest tends to stay at rest), but only moving objects have momentum.

The mathematical equation for momentum is momentum = mass x velocity (speed), or p = mv. So, if a truck and a roller skate were rolling down the street, the truck would have more momentum because of its greater mass even if they were both rolling the same speed. If the truck stopped, the lightest roller skate would have more momentum. You can increase the momentum of an object by either increasing its weight or increasing its speed.

The first experiment we did was from a book called “Force and Energy” from Instructional Fair. This book appears to be out of print.

First, set up the ruler on top of one book as shown: 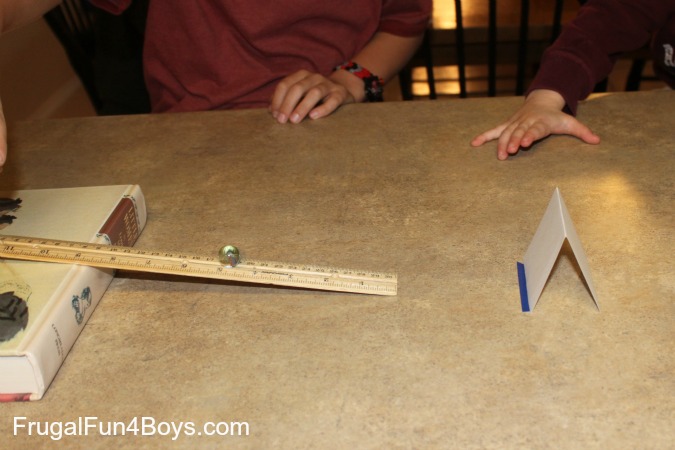 Next, prop the ruler up on two books. Roll the same marble down the ruler. Did the card get pushed farther? It should, because the marble is now rolling faster. 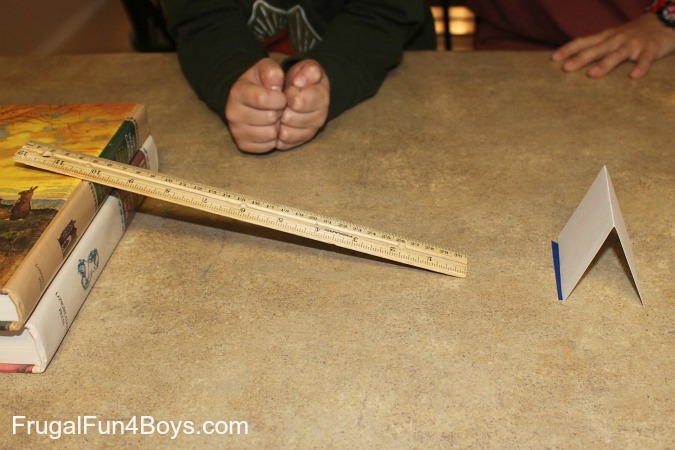 Next, lower the ruler to just one book again. This time, roll the large marble down the ruler instead of the smaller one. How do your results compare to the other two options? 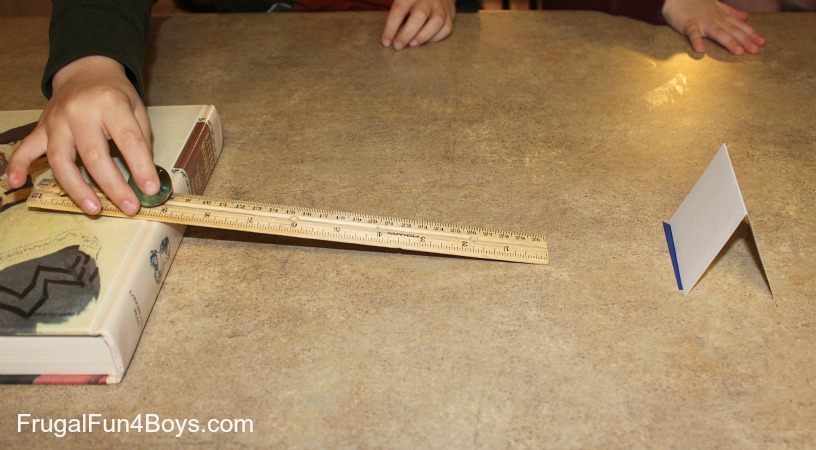 I had Aidan make a chart for his results. We did three trials on each of the three set-ups. Then, I showed him how to average the results. We found that the marble rolling down from the height of one book has the least momentum. Stacking two books or using the large marble increased the momentum by an almost equal amount.

This next experiment came from Bill Nye the Science Guy, but I can’t remember if it was in a book or on the show! This demonstration is so simple, and super fun. Objects can transfer momentum (energy) to other objects.

To transfer some momentum, hold a small ball (we used a raquet ball) on top of a basketball and drop them together: 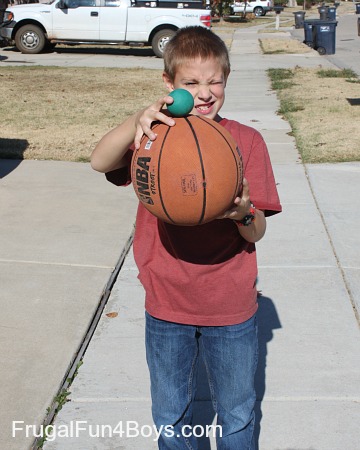 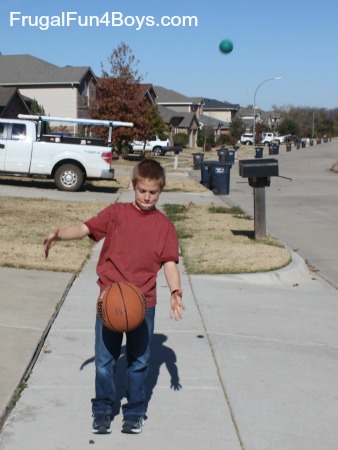 This is the fun of homeschooling – sending balls flying across your yard in the middle of the day and being able to call it school!

I didn’t get a picture of this one! Our third experiment with momentum was to explore how a heavy vehicle behaves. We set up the same ramp that we used for our friction experiment. Then we tested a toy dump truck on the ramp. First, we rolled the truck down the ramp with the bed empty, and then we filled it with rocks and tried it again. The truck rolled about the same distance both times (even though I knew it had more momentum with the bed full of rocks), so I tried having the boys sit at the end of the ramp and catch the truck. They could definitely feel a difference in how difficult it was to stop the moving truck when the bed was full of rocks!

Check out the rest of our physics unit: