The other day, Gresham (almost 7) told me that he had an idea – he wanted to make a snow globe, but instead of snow in it, we could put in a tree and fall leaves. I thought it was a great idea! After a trip to the craft store and a little trial and error, we ended up with a beautiful fall leaf globe! 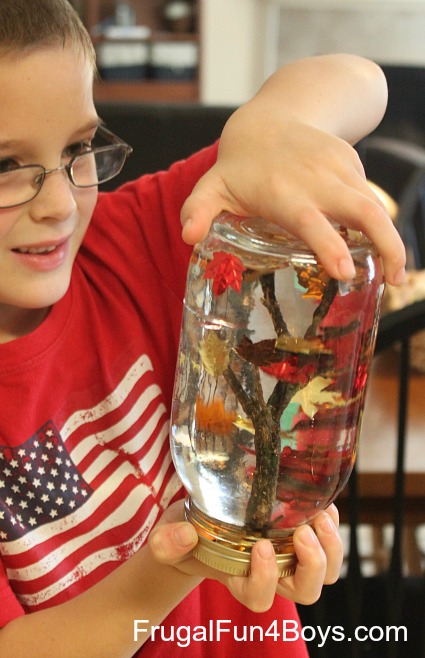 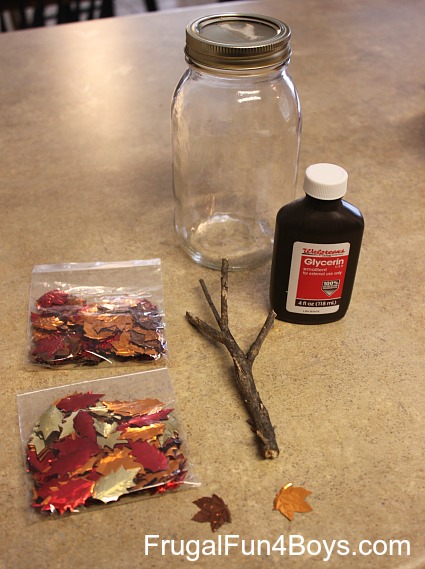 I sent Aidan and Gresham out to the woods behind our house with some garden clippers to find a small branch to use for our tree. Aidan came back with a great one! I trimmed it a little further to get it to fit inside the opening of the jar. Then, I hot glued it to the lid of the jar.

On our first version, we also glued tiny rocks to the lid to look like “ground,” but the hot glue didn’t hold, and the rocks ended up rolling around in the jar. Something like E6000 glue would probably work much better, but being pregnant (and especially since it’s the first trimester) I’m trying to avoid chemicals like that. I do think the little rocks looked pretty in the jar!

We decided to add some leaves to the tree, and attached them with hot glue. 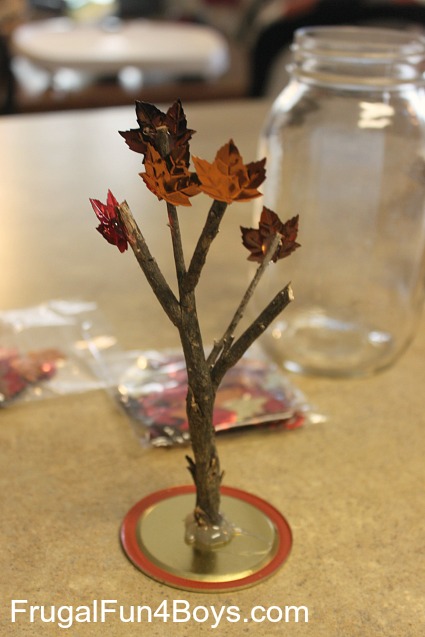 It was very important to Gresham that the leaves fall slowly enough! First, we tried plain water. It was fun, but not slow enough. Then we tried corn syrup. This was a mess. Don’t do it! The corn syrup made the water extremely sticky, so every little drop that we spilled made a big mess. Also, it seemed to make the leaves fall more quickly. I don’t know how that was possible – maybe the corn syrup was sticking to the leaves?

Anyway, after some online reading, I found out that we should have used glycerin. We had glycerin left over from our giant bubbles recipe, so I used all the we had left – probably about 2 oz.

Gresham stirred the water and glycerin to mix them well. 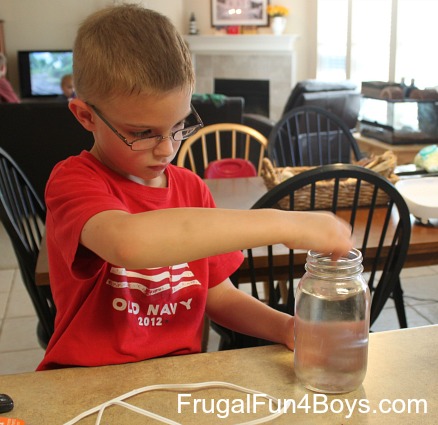 Then, we dropped in the leaves, and put on the lid with the tree attached. You can easily glue the lid on if you’re afraid that little people might take it off. I would recommend not gluing it on at first, though, in case you need to adjust your tree or add more leaves. 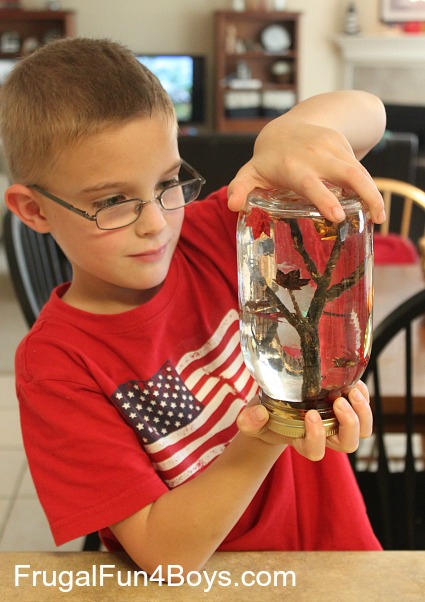 Update: The water on our fall leaf jar eventually turned brownish colored from the stick we used, so this is probably not a save it from year to year craft. Fun for one season!