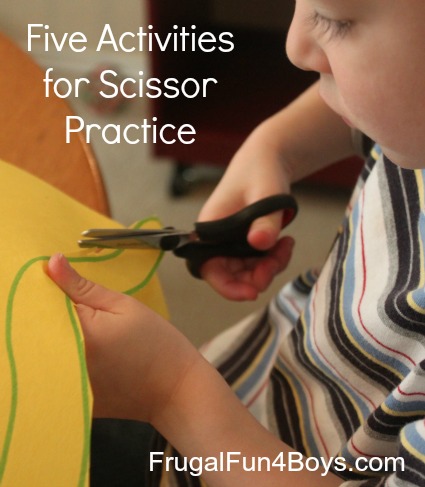 Owen is now 4, and we’ve been working on perfecting those scissor skills! Cutting can be a tricky skill for preschoolers, and so I’ve been collecting scissor practice ideas to share with all of you.

1. Cutting playdough. This is an easy place to start. Cutting playdough doesn’t really require any accuracy, so it’s good for learning to grasp the scissors and get the open-and-close motion going. We have some all-plastic scissors that came with a playdough set, and I love the fact that they are easy to wash.

It’s also fun for preschoolers to cut yarn or straws into segments. Then you can use the straw pieces to make pattern towers! 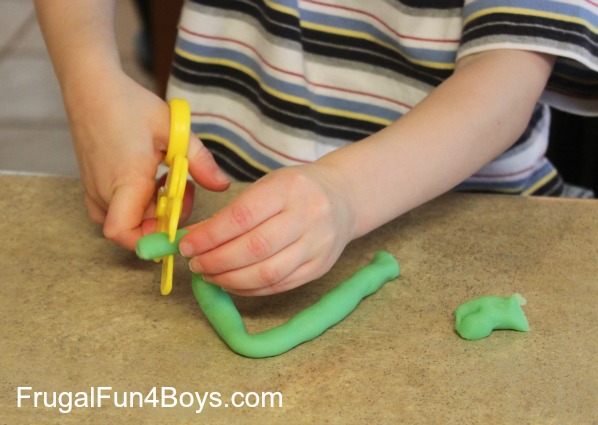 One day, I sat down and made several scissor practice worksheets for Owen. I made some with lines, some with shapes, and one with a snake to cut out and tape together. During the older boys’ school, Owen can pick a page and start cutting. This has worked really well, and he definitely like the snake page the best! 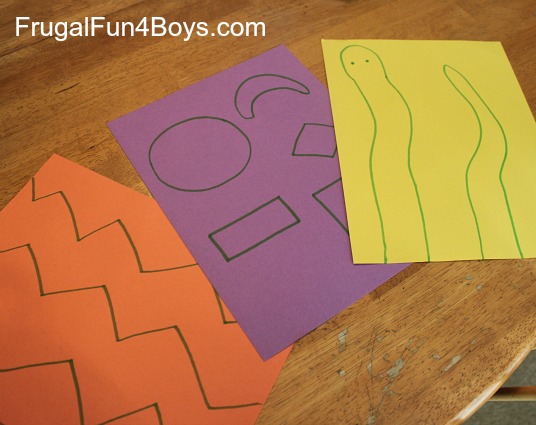 Preschoolers can use the letters to make an alphabet collage or spell their names, or they can just collect the letters! Owen liked making his name the best.

I made Owen an alphabet book out of construction paper. I just stapled paper together, and then wrote one letter on each page. Owen has been looking through magazines and catalogs for things that he likes, and then I help him figure out which page he should glue it on. We’ve been working on this a little at a time, and it has been a fun project! He can also use the letters for tracing with his finger, which is an important pre-writing skill. 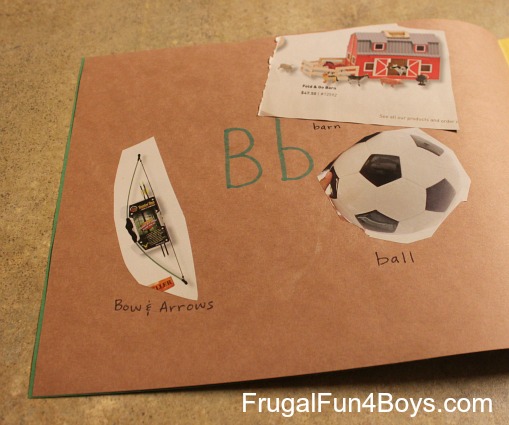 I discovered while we were working on that Owen tries to turn his scissors rather than turn the page he’s cutting, which doesn’t work too well. I have been removing the page he wants from the magazine, and then encouraging him to turn the page as he cuts.

5. Do a fun craft that involves a lot of cutting.

Here are some ideas:

Cut strips to make a countdown chain – count down to a vacation, birthday, or holiday!