Learn early math concepts with Magna Tiles! Magna Tiles are one of our favorite toys. When I bought them, I honestly wasn’t sure if they would be worth the money. Well, they have definitely been worth the investment. Janie and Jonathan both love them, and they get almost daily use. They build Magna Tile houses for Safari Toob animals and create designs on the refrigerator. The big kids play with them too!

We love to use Magna Tiles on our large oil change tray since they stick to it. Last week, I created some simple Magna Tiles math games for Jonathan, and they were a big hit! These math activities are perfect for 3-6 year olds.

I bought the 74 piece set two years ago, but it looks like they have a 56 piece and 100 piece set now. There is also a 32 piece set, but if you have more than one child I would recommend getting more pieces than that. After two years of heavy use, our Magna Tiles are still in great shape – we have not had any break.

I think that these games would work just as well with Magformers.

I made some number cards and Jonathan built towers to match the number. After he built the towers, we talked about which number was the most and which was the least. Then we swapped out the numbers and did it again! 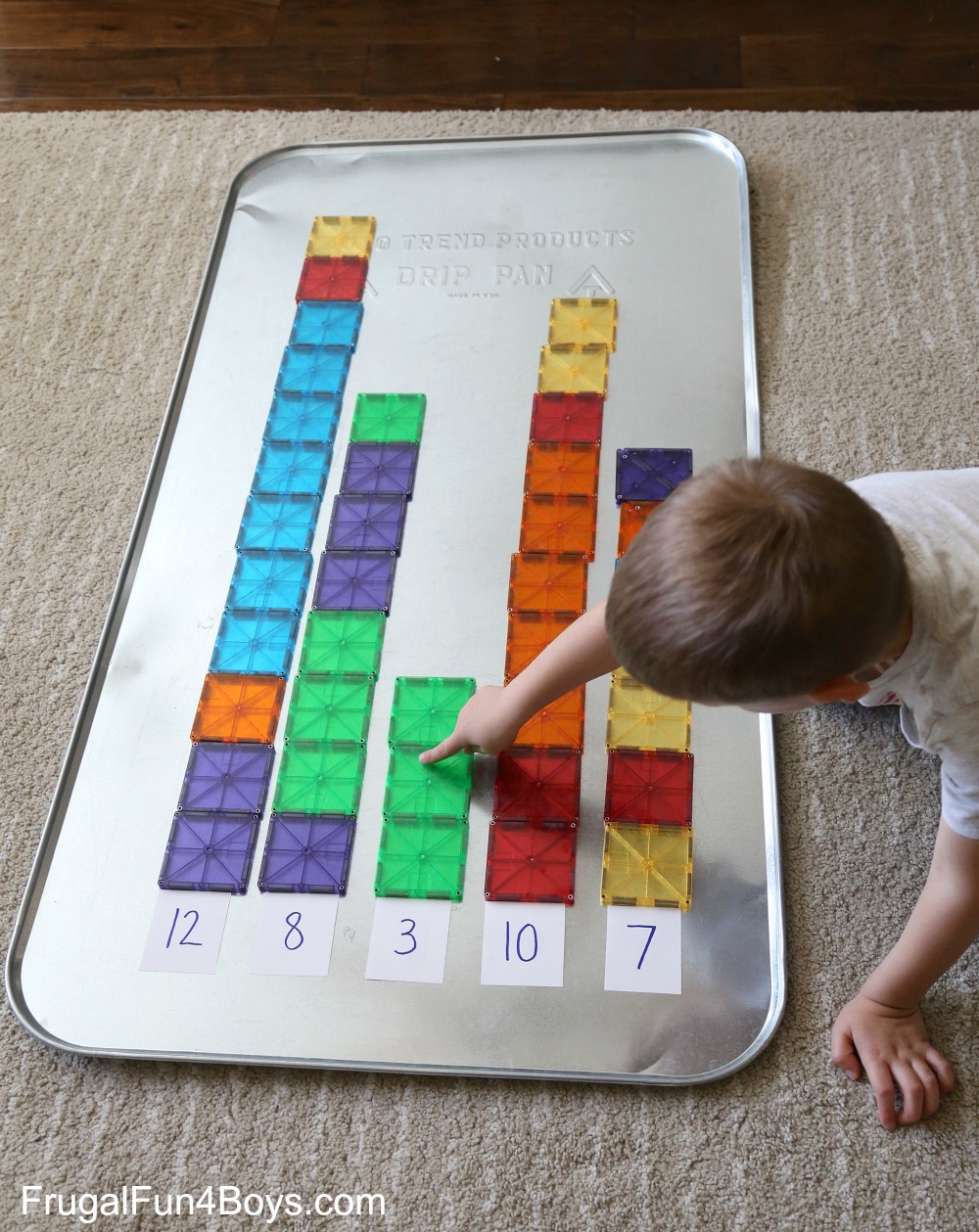 This one is pretty self explanatory. Build patterns with Magna Tiles! 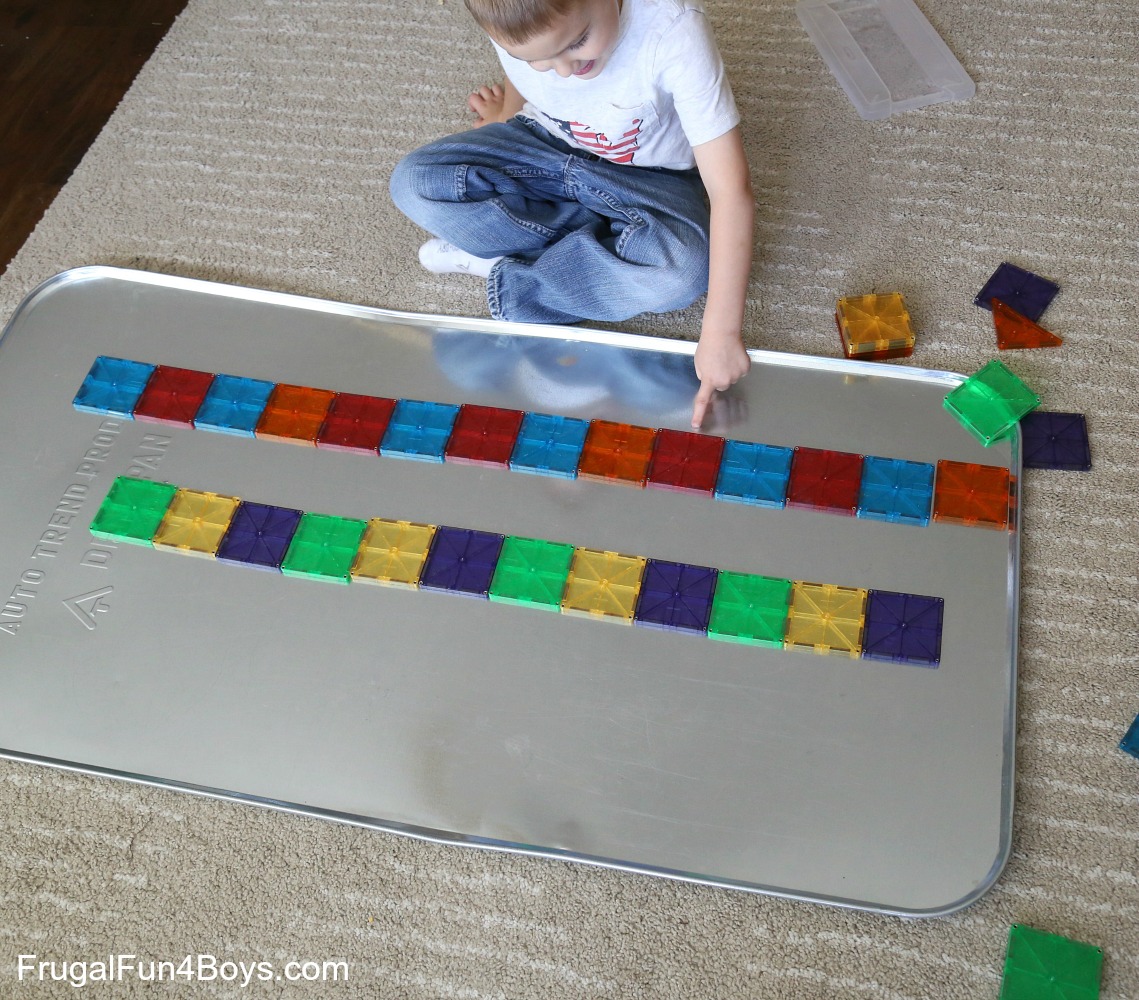 I built patterns for Jonathan to finish, and then he built some for me to finish. 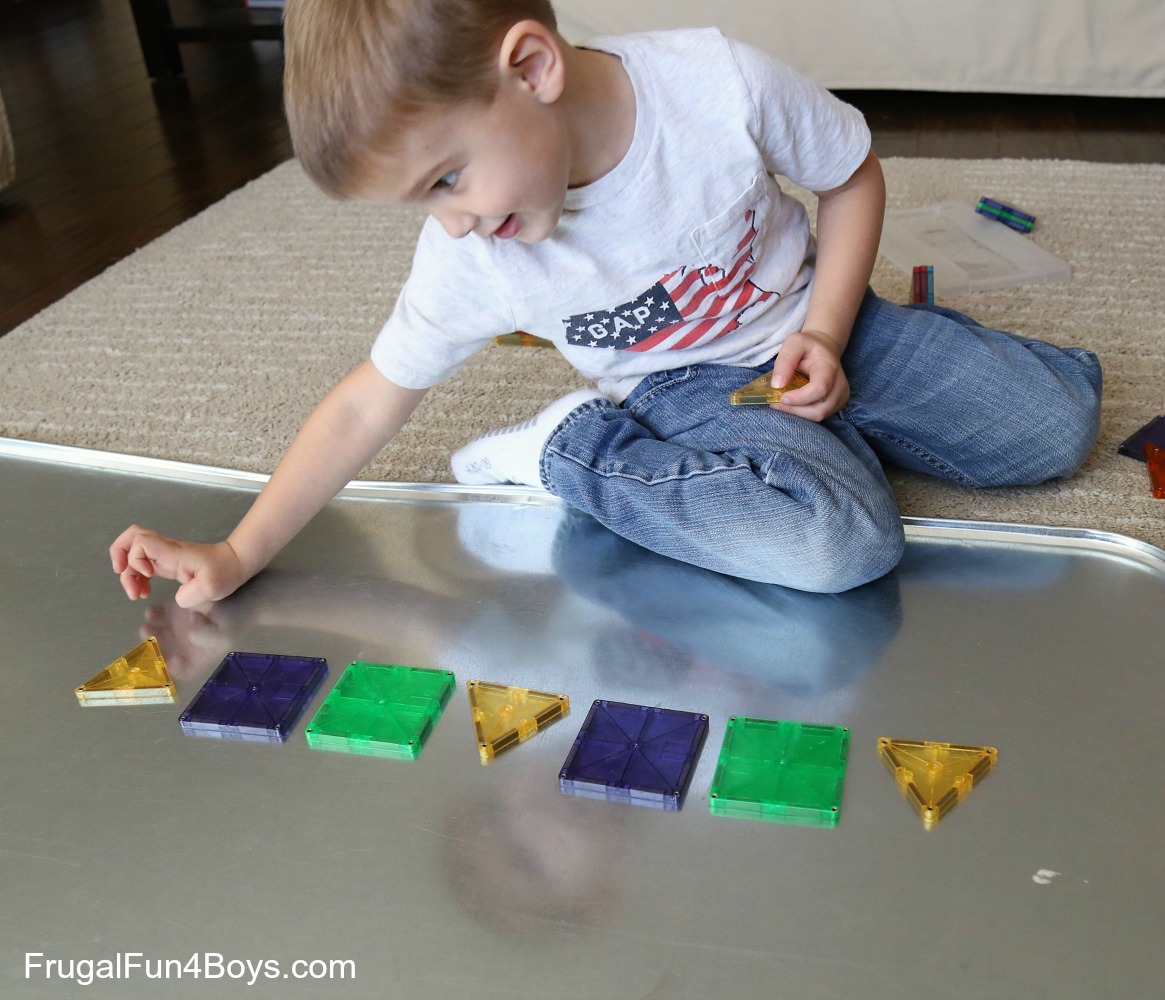 This one was definitely the favorite! I created puzzles by arranging Magna Tiles on the tray and then running masking tape around the edges. Jonathan sat down and announced, “This is going to be easy peasy!” 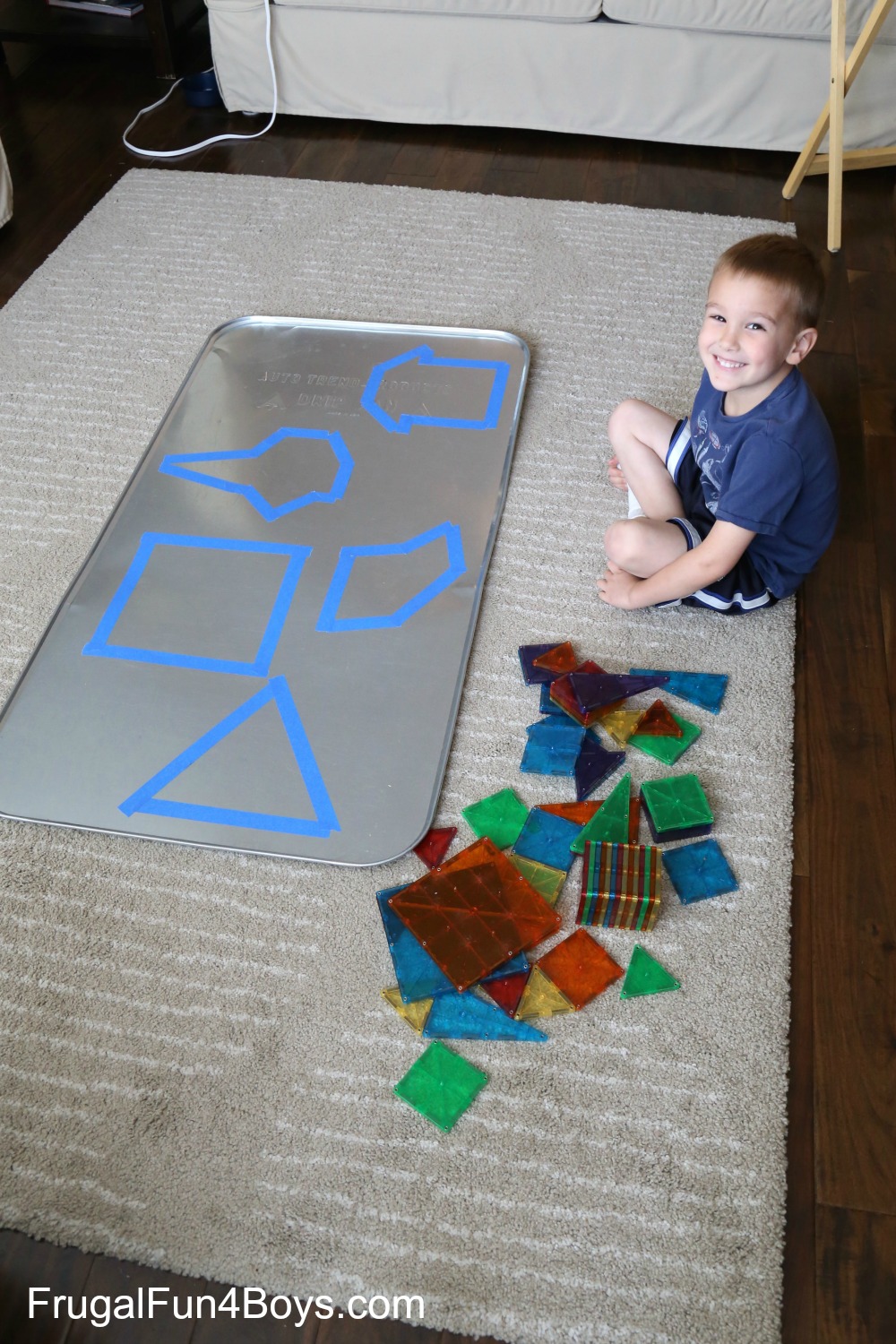 Solving the puzzles was a big hit! 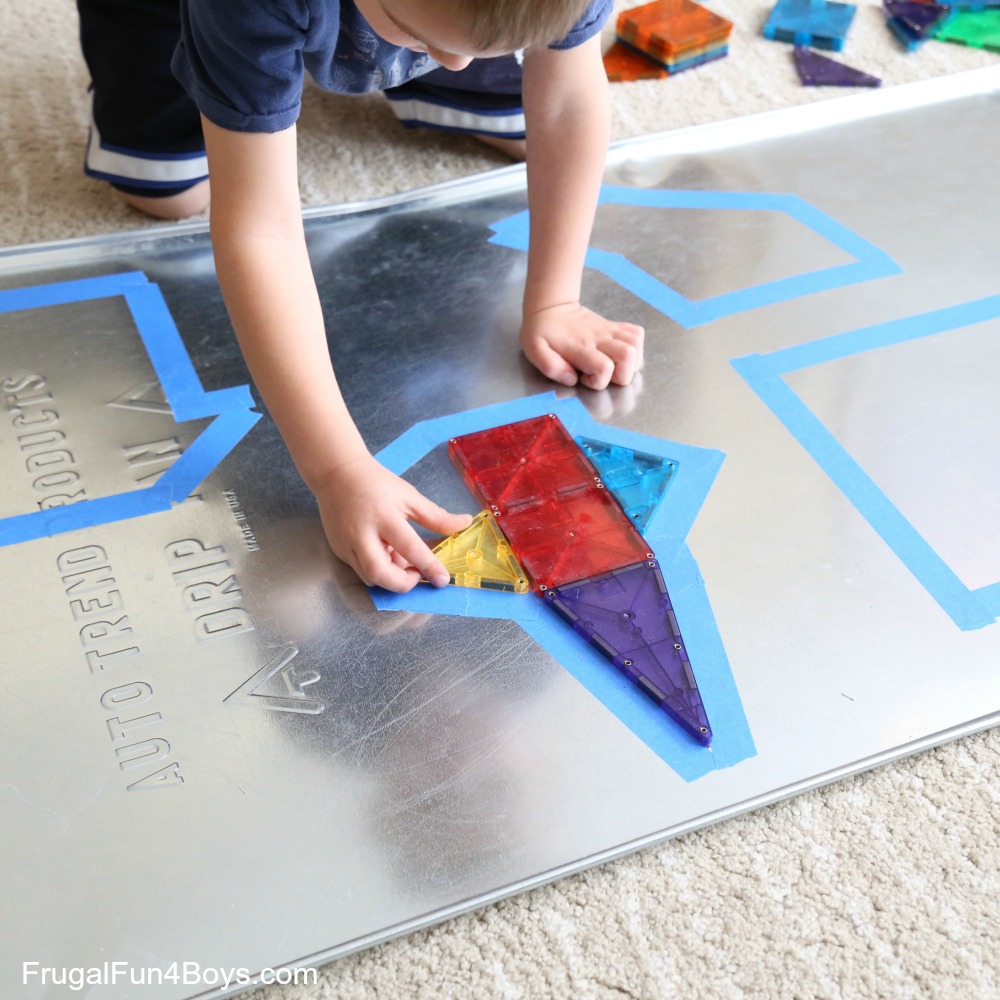 And it turned out to be not quite as “easy peasy” as he thought it would be. Not hard, but it took a little trial and error! 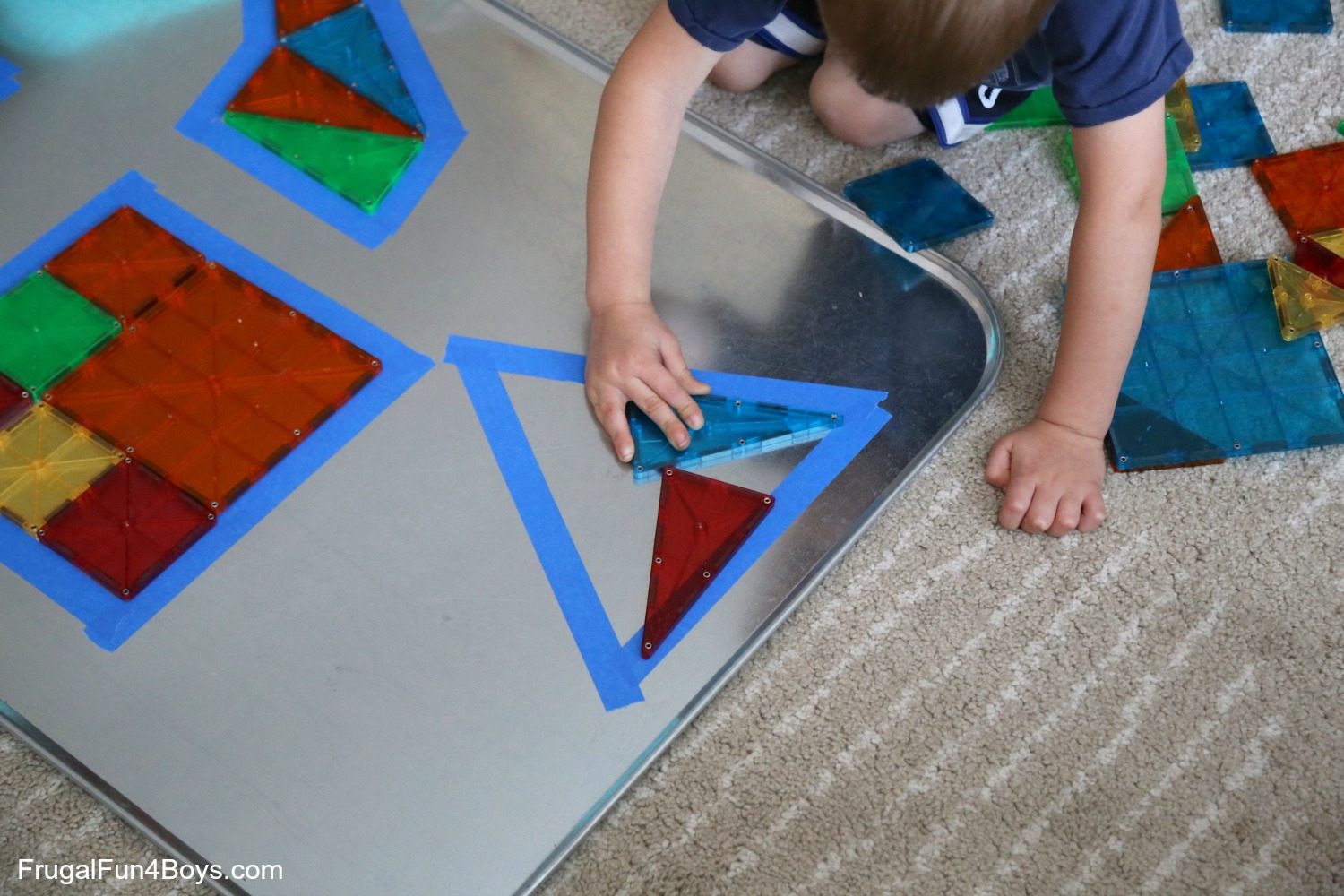 Janie came down from her nap and wanted to join in too! She and Jonathan built and re-built the puzzles several times and had a great time. 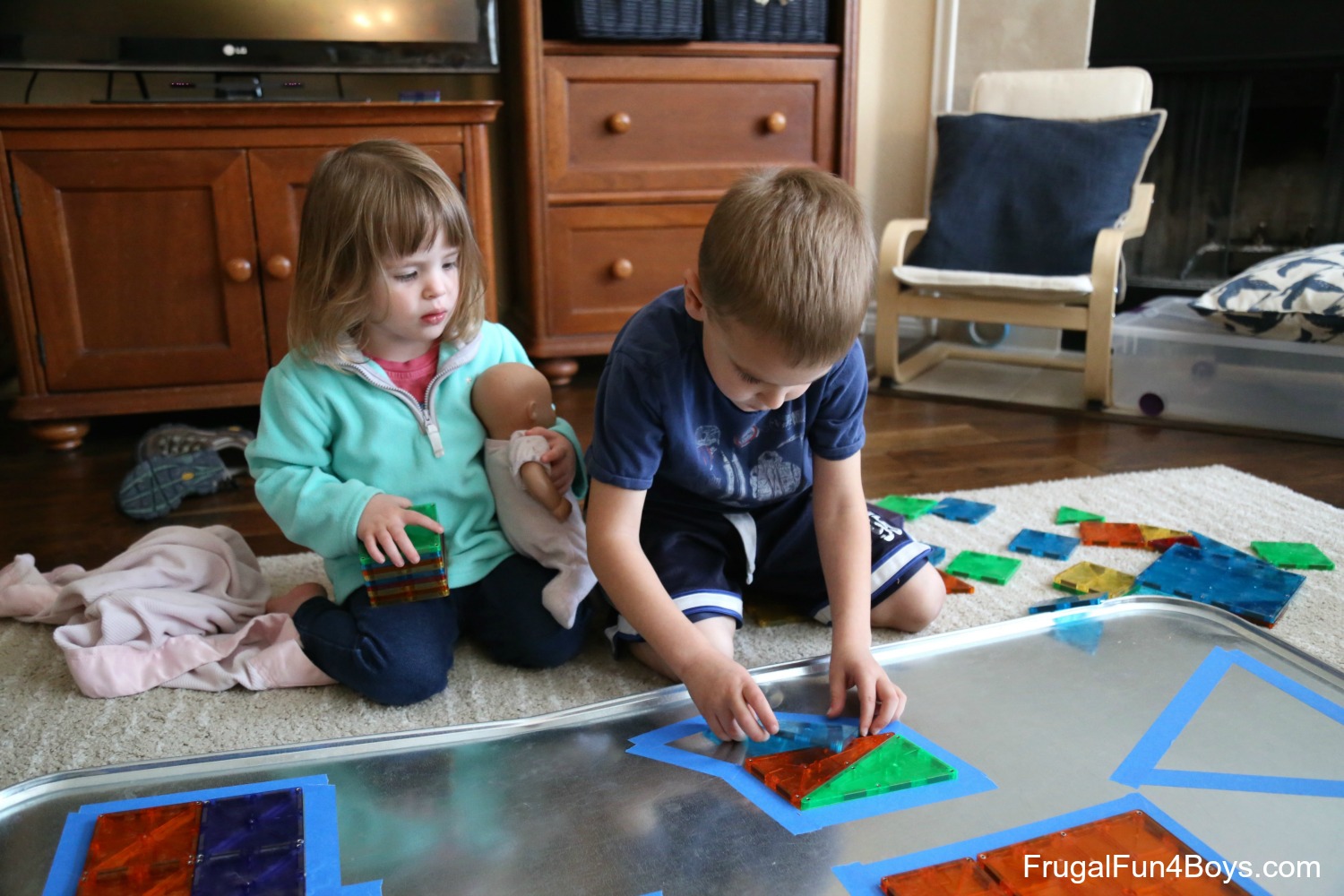 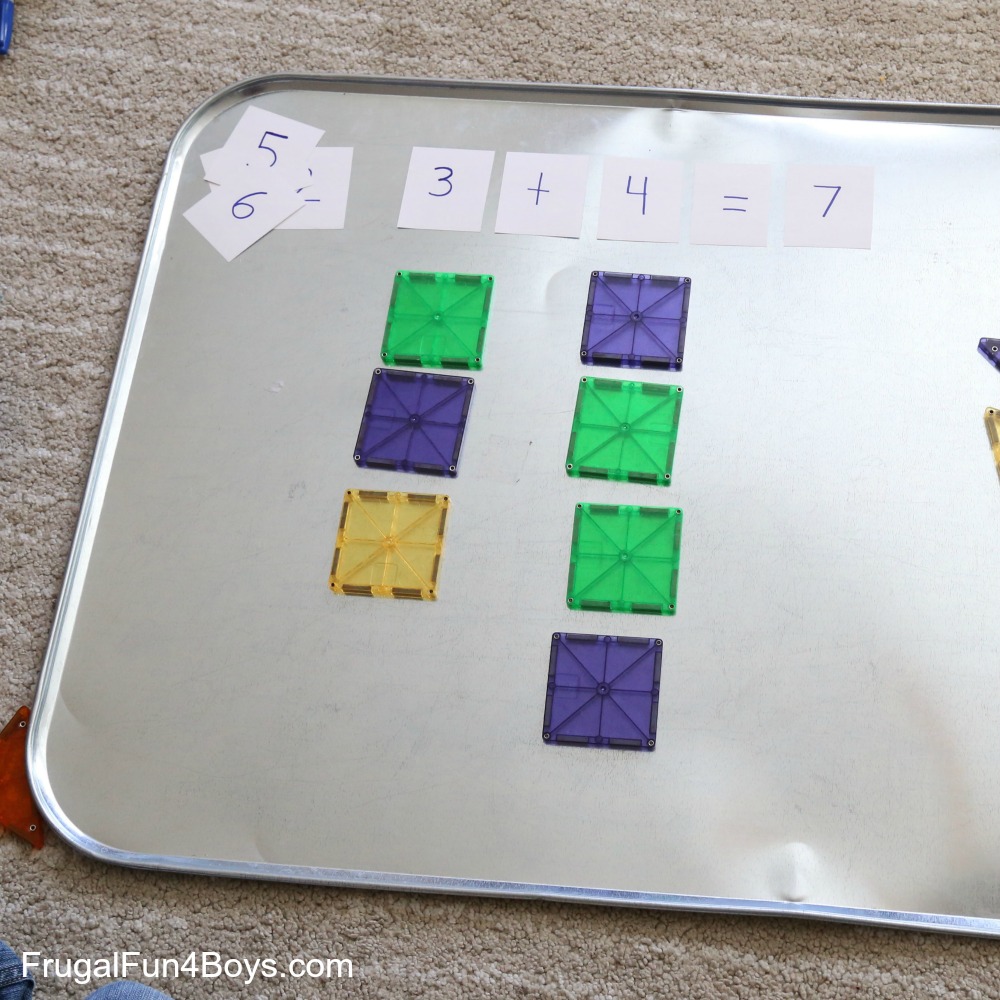 We used our number cards along with a + sign and an = sign to create simple addition sentences. Jonathan is very new to addition, and I would not normally teach it to a preschooler, but he is dying to learn to add since it’s something his older brothers do! He loved this. 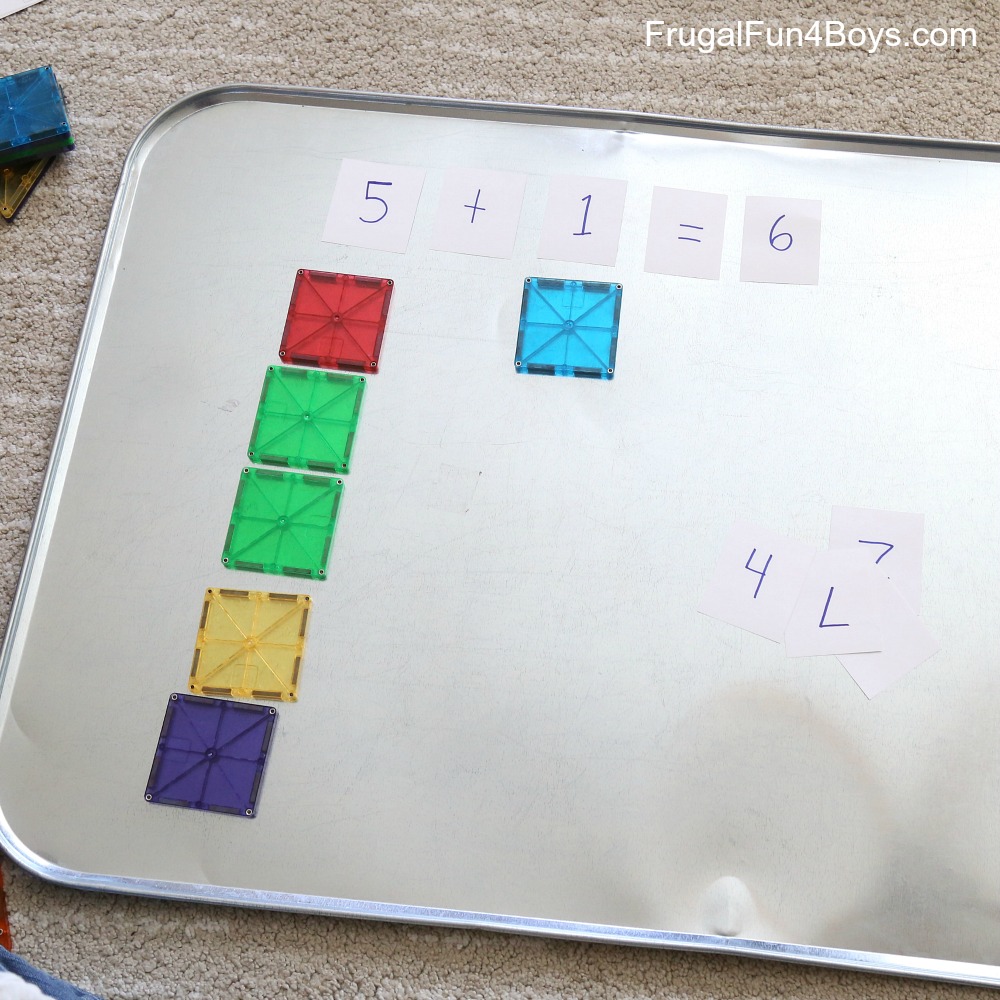 Have fun playing with math! Need more math ideas? You’ll want to check these out: 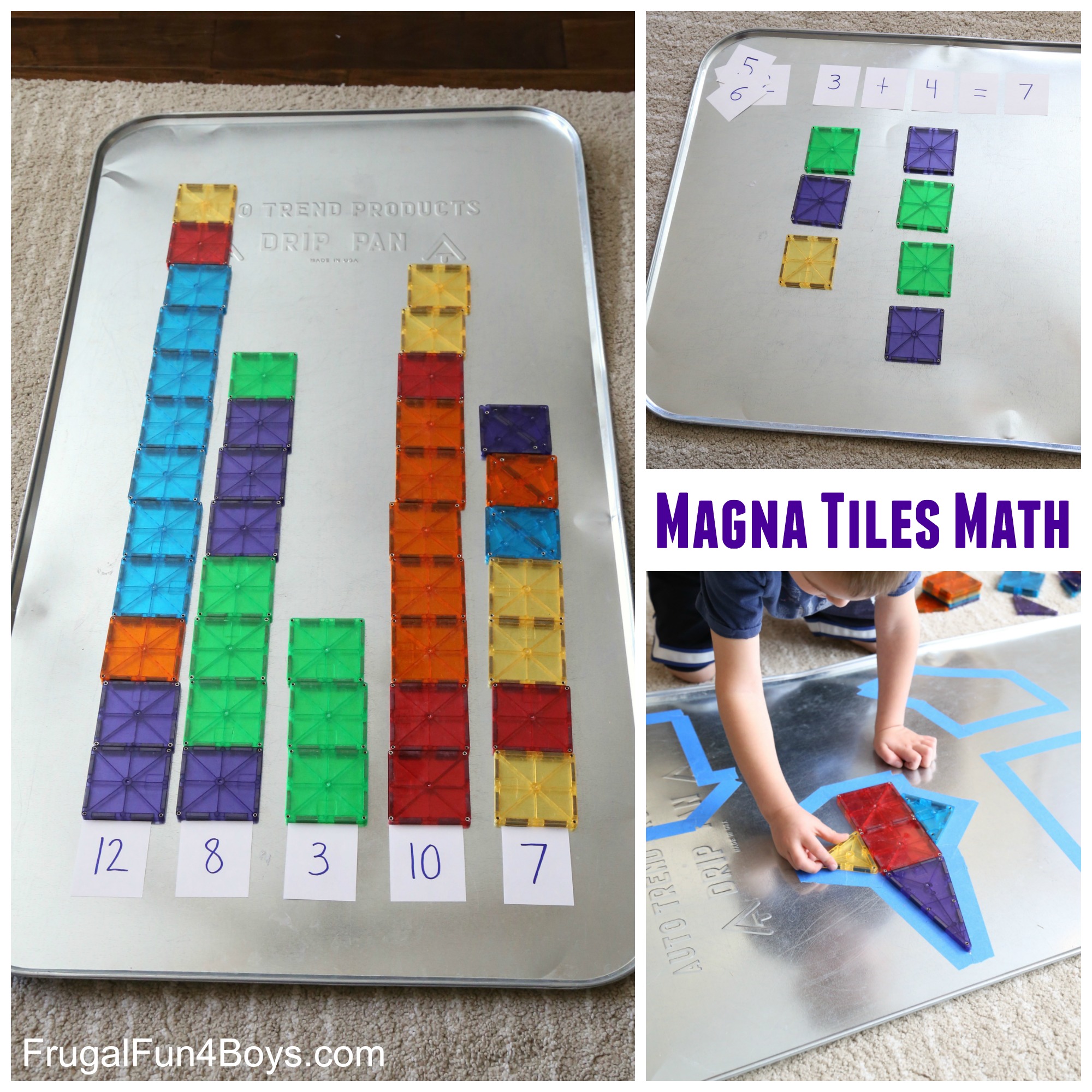