Do some LEGO® math! Here’s a fun way to teach kids about probability and graphing with LEGO® bricks. Draw bricks out of a bag at random and record which colors are chosen. Then graph the results!

We used a baseplate and some tan bricks to build a graph. Then, I told my 8 year old that we were going to put some LEGO bricks in a bag and choose one out one at a time. 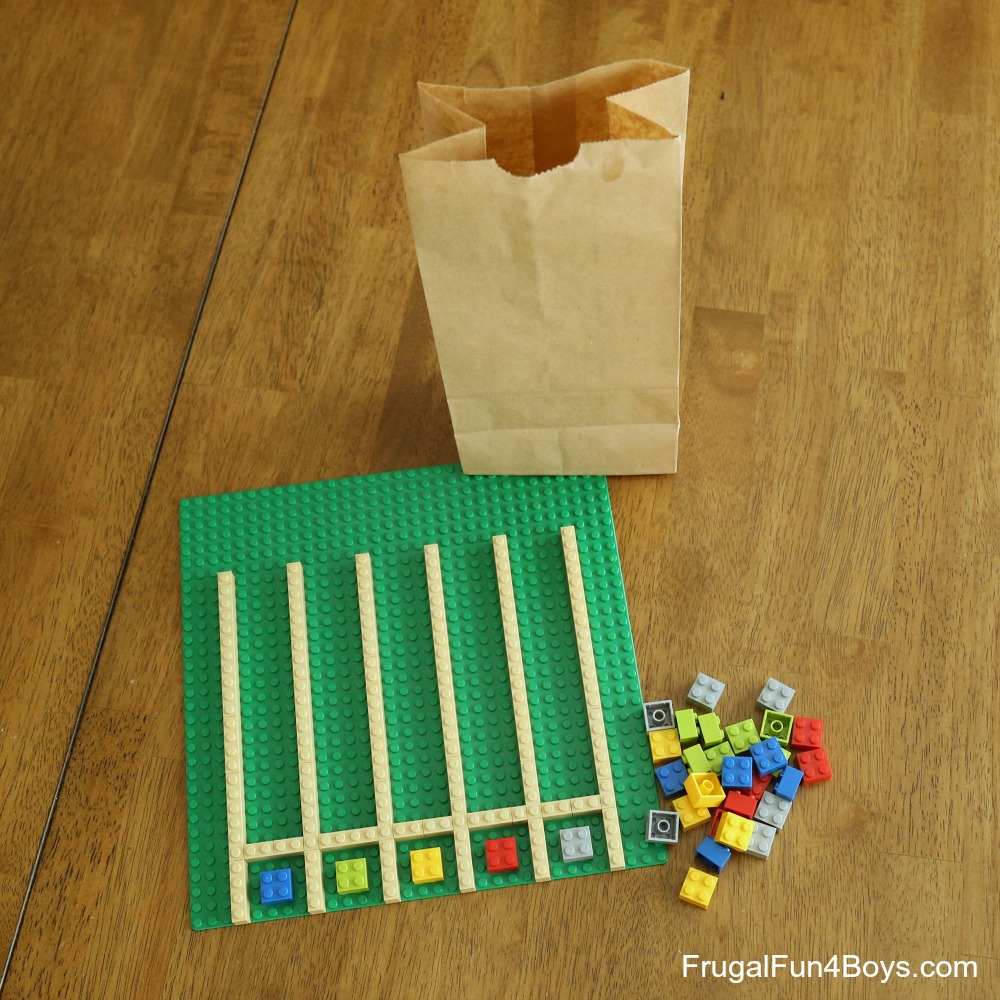 We chose to put 5 bricks of each color in our paper bag. So 25 total bricks. Then Owen drew one brick out at a time and graphed his results.

In order to keep the math accurate, we used a separate pile of bricks for filling in the graph. Otherwise, we would have changed the odds every time we removed a brick from the bag and then didn’t return it! So we put each brick back each time.

Here are our results after drawing a brick out of the bag 10 times: 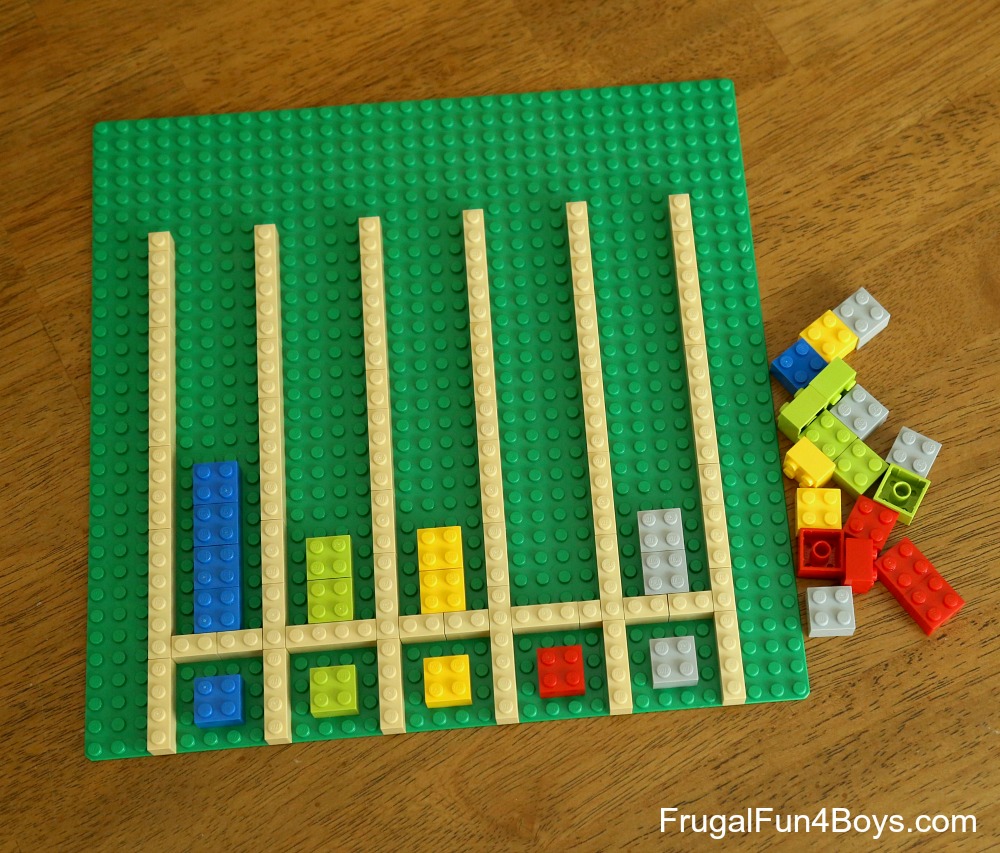 Teach the Concepts of Probability and Actual Results

Then we discussed our results. The odds of drawing each of the five colors were equal at a 1 in 5 chance, but we discussed the fact that the actual outcome of an event does not always perfectly reflect the odds. The fact that we did not draw any red bricks was slightly unlikely, but not impossible. On the other hand, it would be technically possible to draw only one color of brick, but not at all likely.

It would be fun to do this project with a class, because the more times that this activity is repeated, the closer the actual results will reflect the odds. We didn’t draw any red bricks, but the more we repeated this activity, the average of the results would get closer and closer to 2 bricks of each color when 10 were drawn.

Then we changed the odds! We swapped out our bricks so that we had 20 red bricks and 25 of other colors. 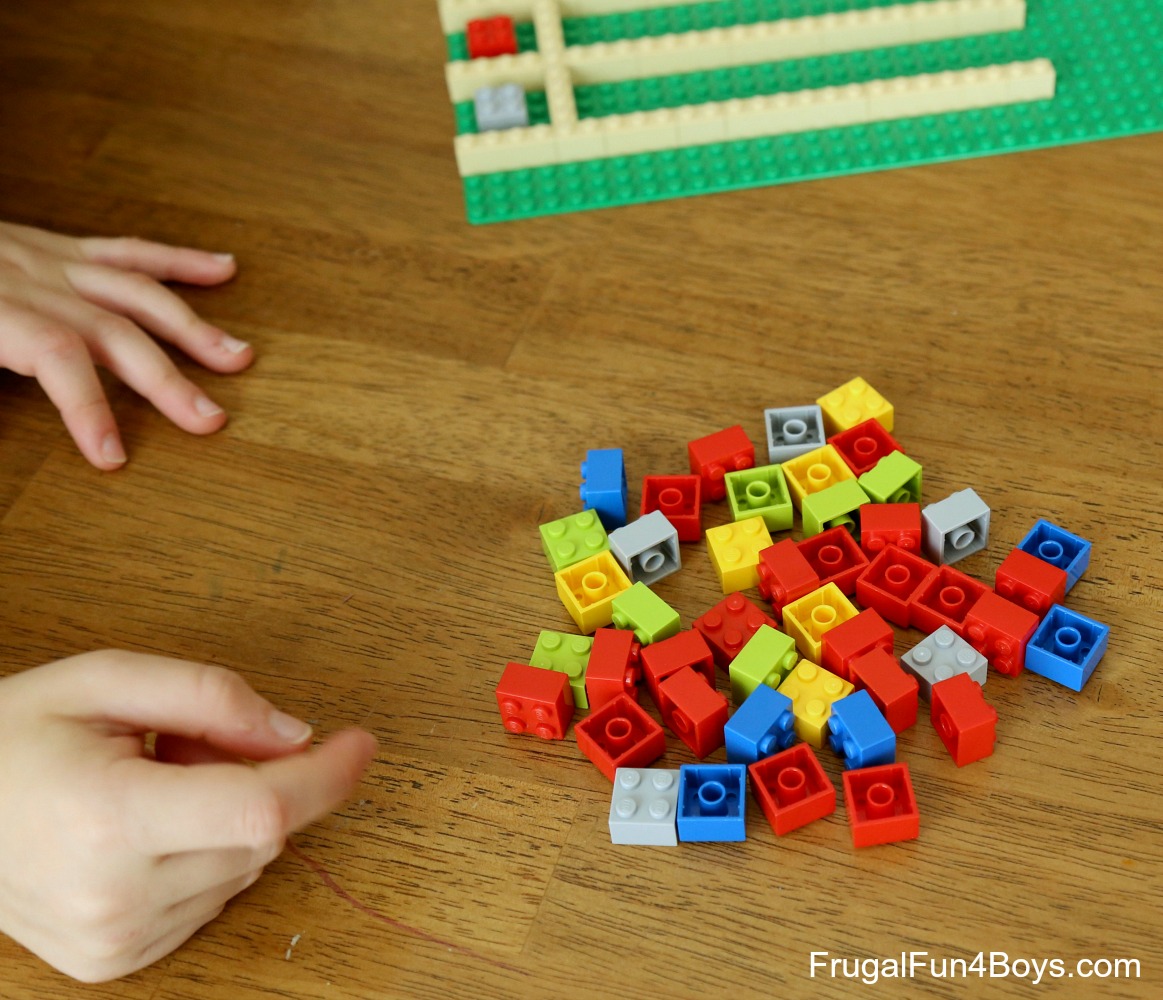 Our results after drawing 10 bricks reflected the increase in red bricks! 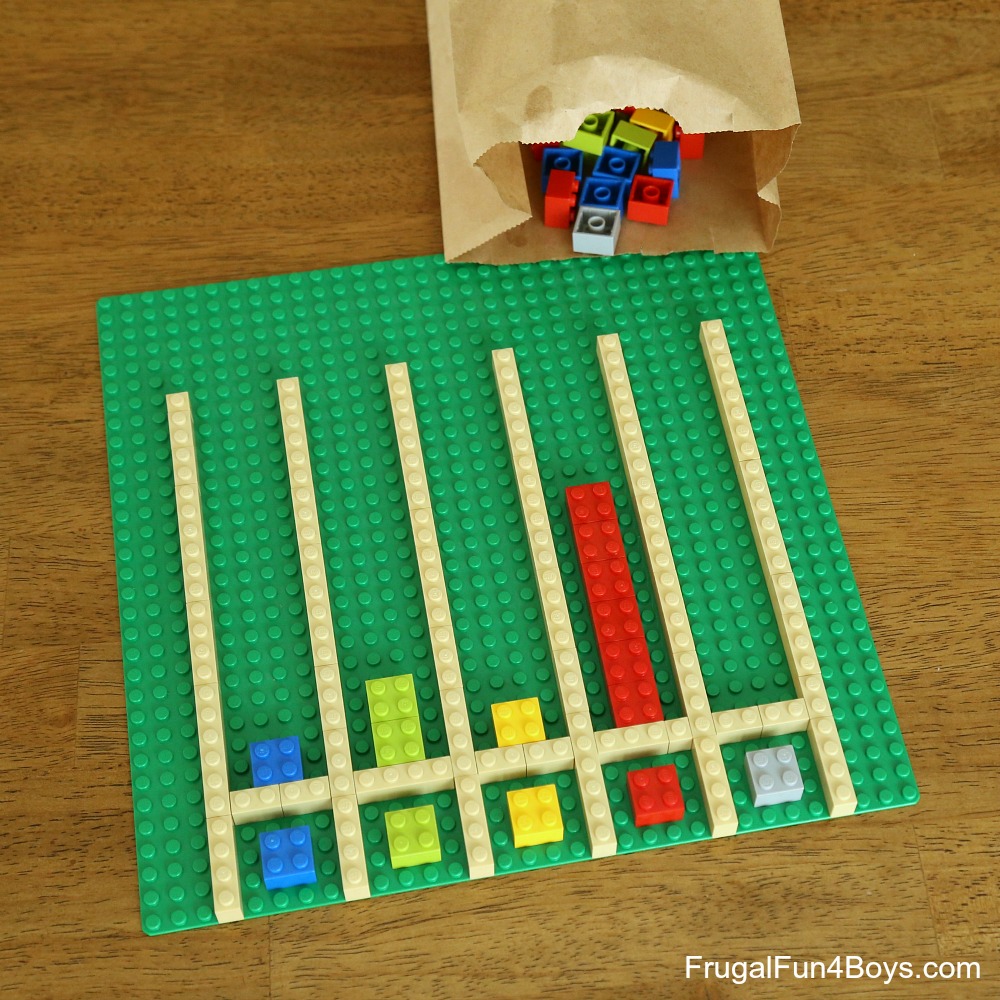 It would also be fun to try a bag with 30 blue bricks, and only 1 red brick. How many times of drawing a brick would it take before drawing the red brick? It would be possible to draw the red one on the first try, but it would be far more likely for it to take 10 or more attempts. 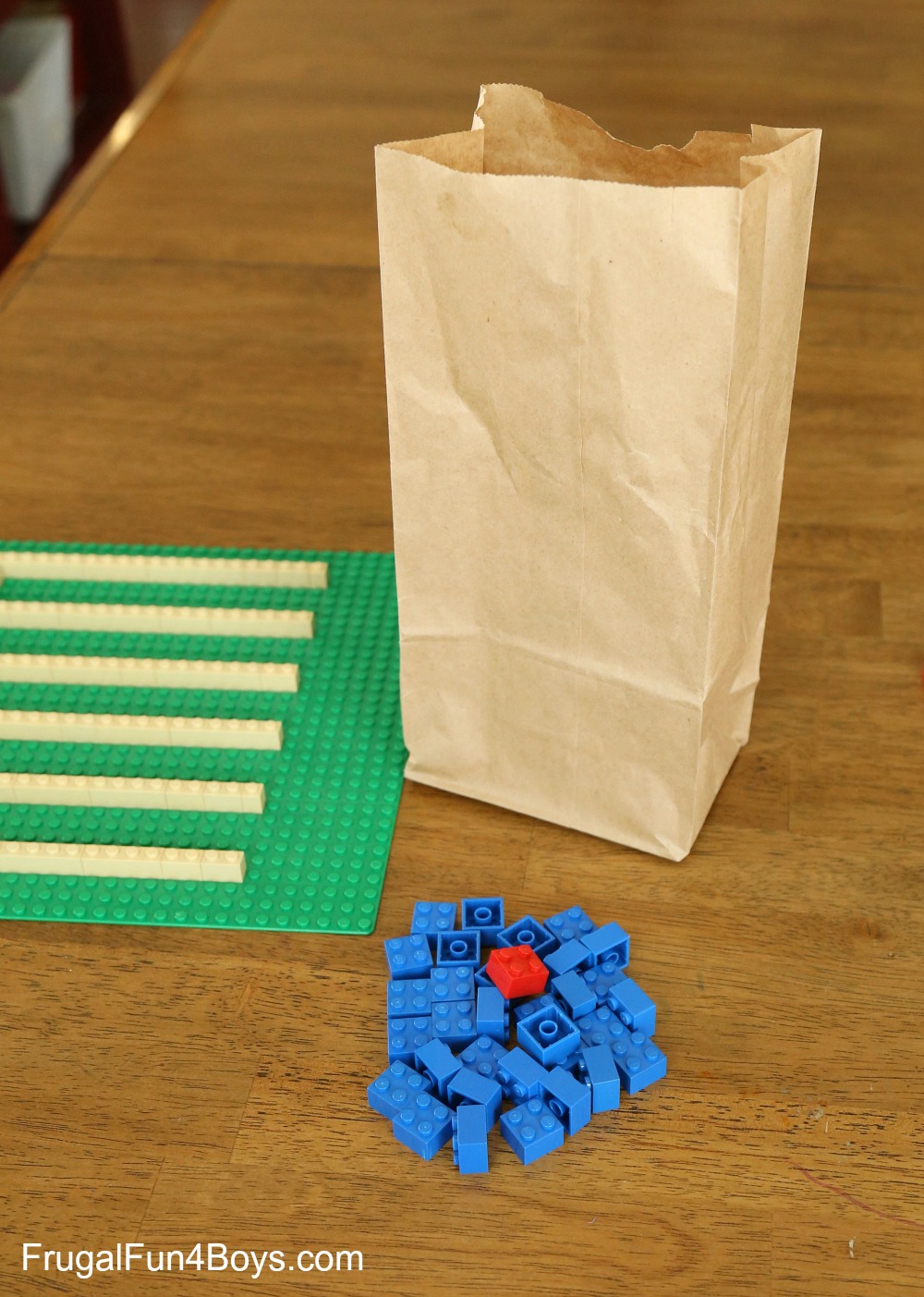 See, math is actually fun after all! I really think that probability and statistics is a very helpful and practical math topic to study. It shows up all over the place in real life!

LEGO® is a registered trademark of the LEGO® group of companies which does not sponsor, authorize, or endorse this site. 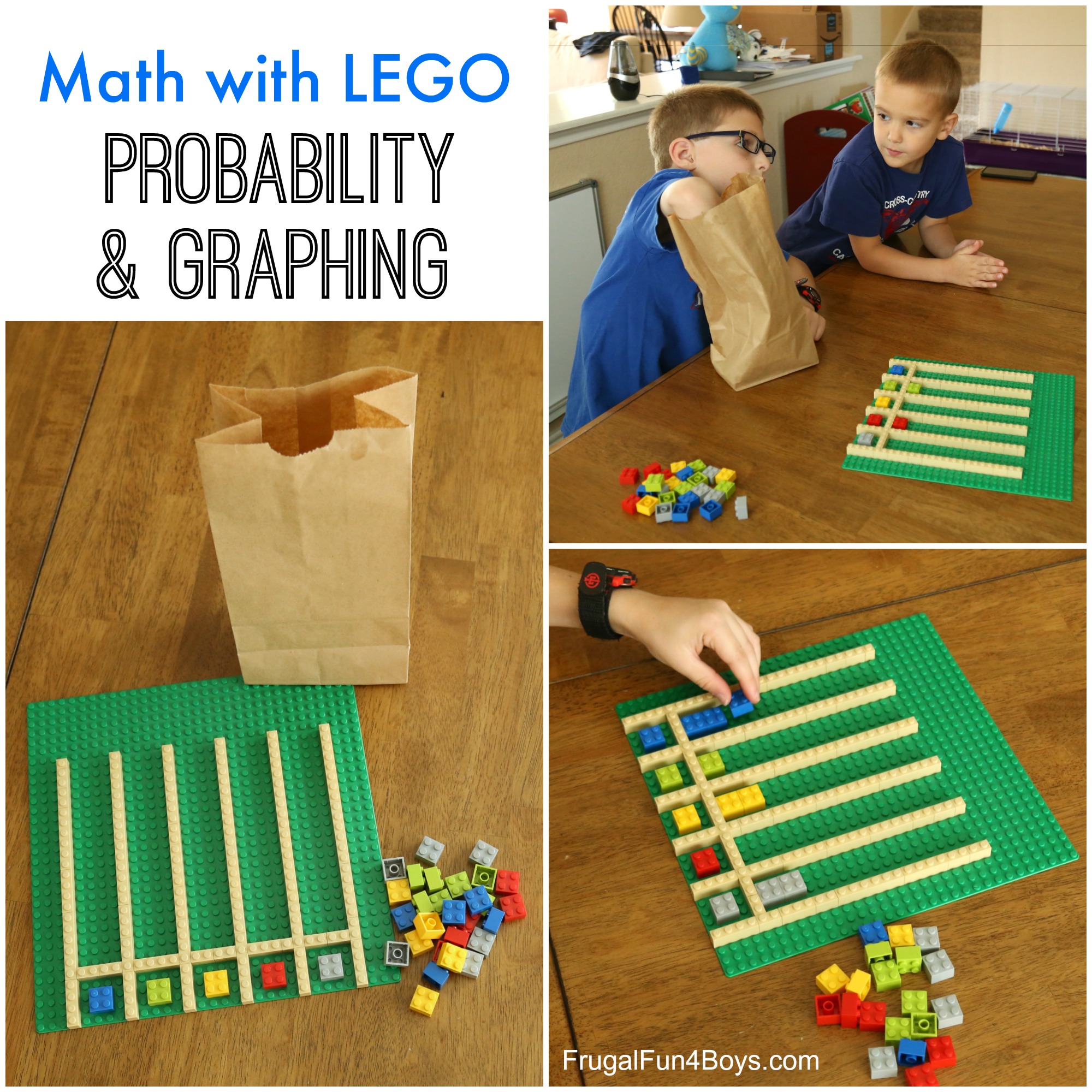