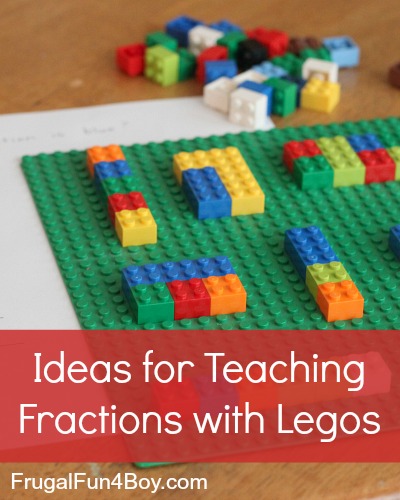 We’ve been doing all kinds of math with LEGO®, and most recently it’s been fractions! Gresham (2nd grade) is new to fractions, and so we used LEGO® bricks to look at fractions from a variety of angles. 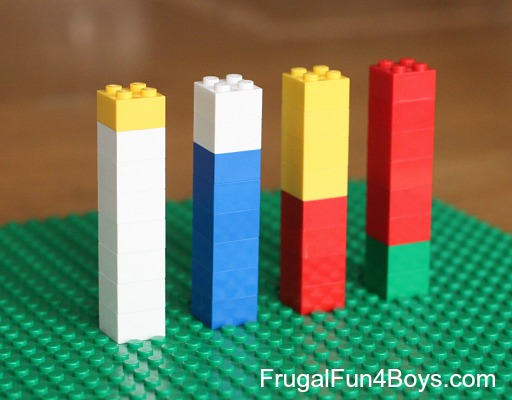 I also created a simple fractions “worksheet” for Gresham by using a base plate and 2×2 LEGO® bricks. 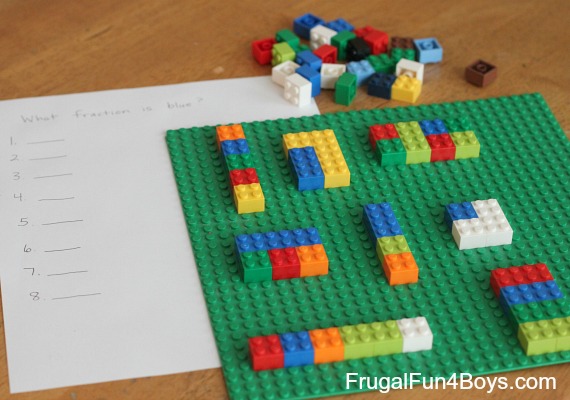 He went across the rows and wrote down the fraction of blue bricks for each group of LEGO®s. 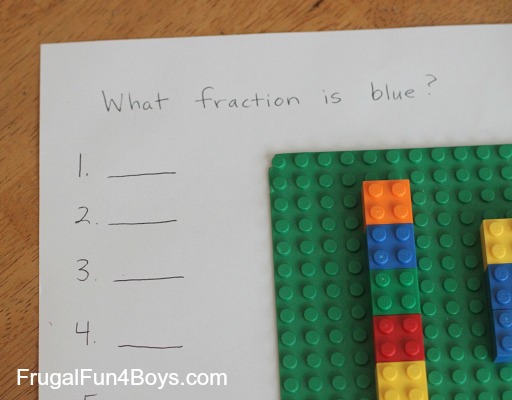 Then we looked at fractions from a different angle. His math book (Making Math Meaningful – 2nd grade) has had several pages where he has to determine if a certain number can be broken into fourth, halves, etc. This skill assists with understanding fractions as well as number sense in general.

I made him another “worksheet” with a number of LEGO® bricks to make into a tower. Then, he had to figure out if it was possible to break that tower into fourths, thirds, halves etc. 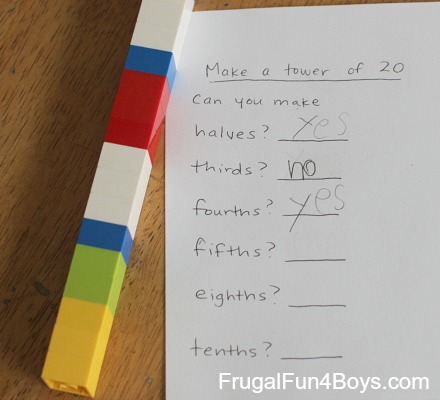 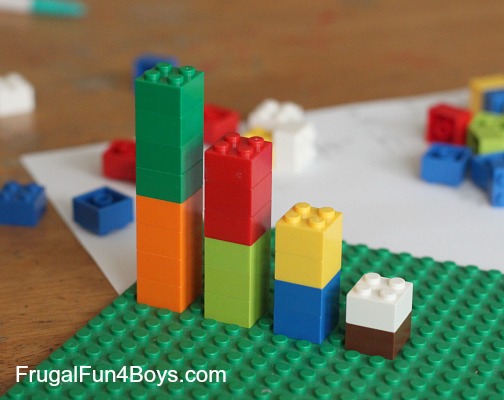 Be sure to check out the rest of the LEGO® Math Series: