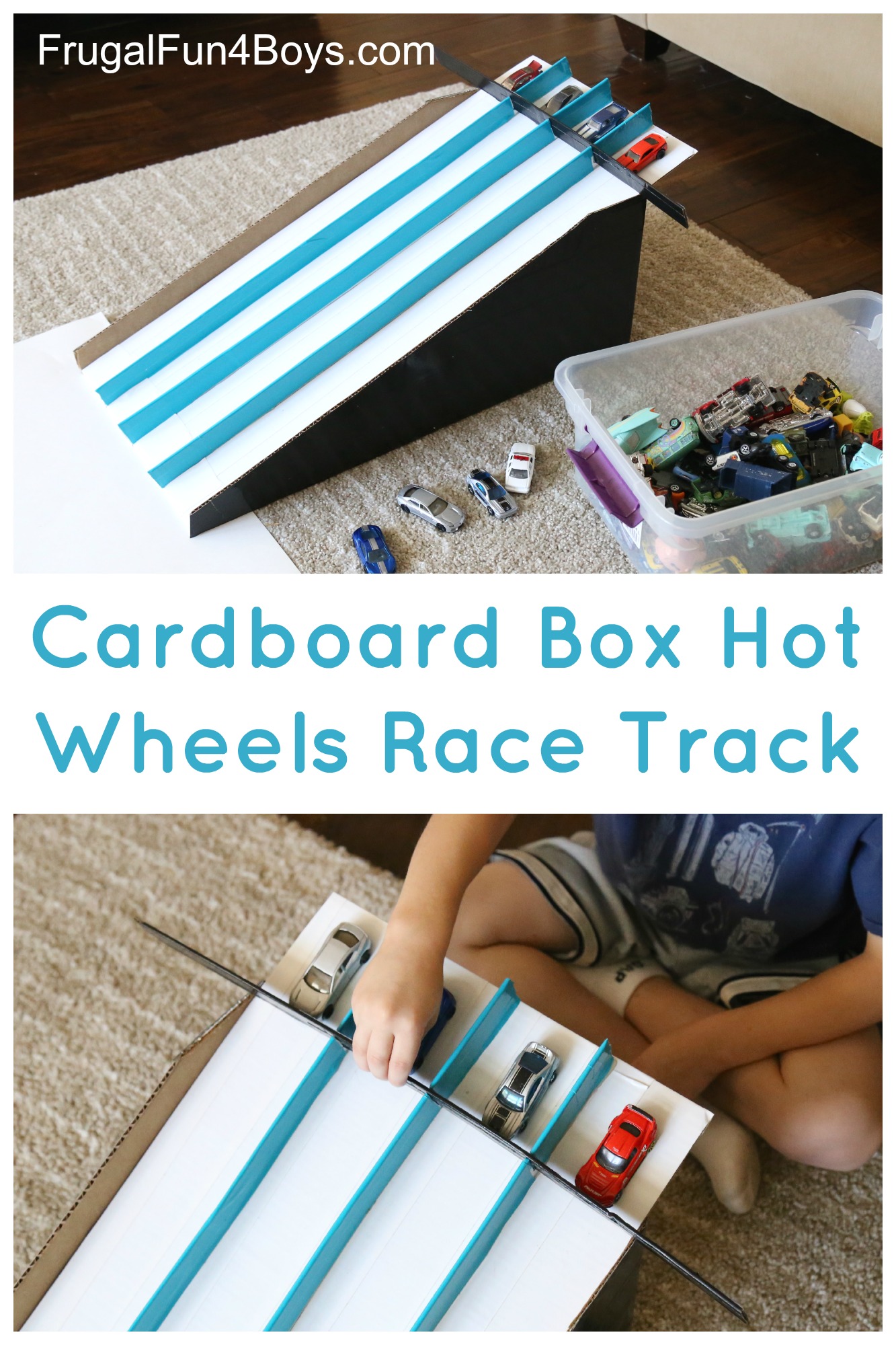 The boys and Janie have been having fun playing with this race track, and it hasn’t broken yet. 🙂 This is a perfect project for a bad weather day. 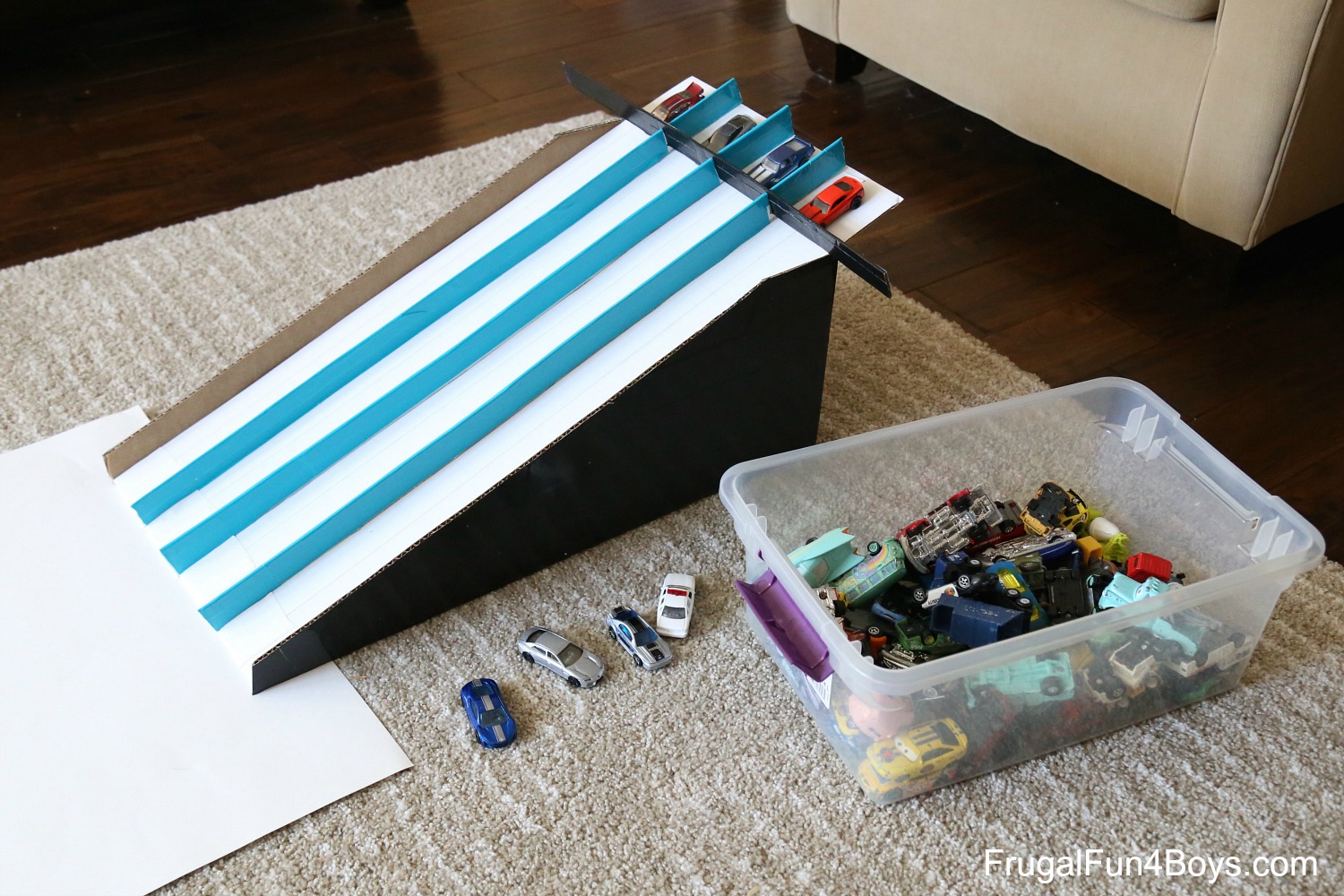 The release mechanism is the same as our design for our LEGO race lanes. 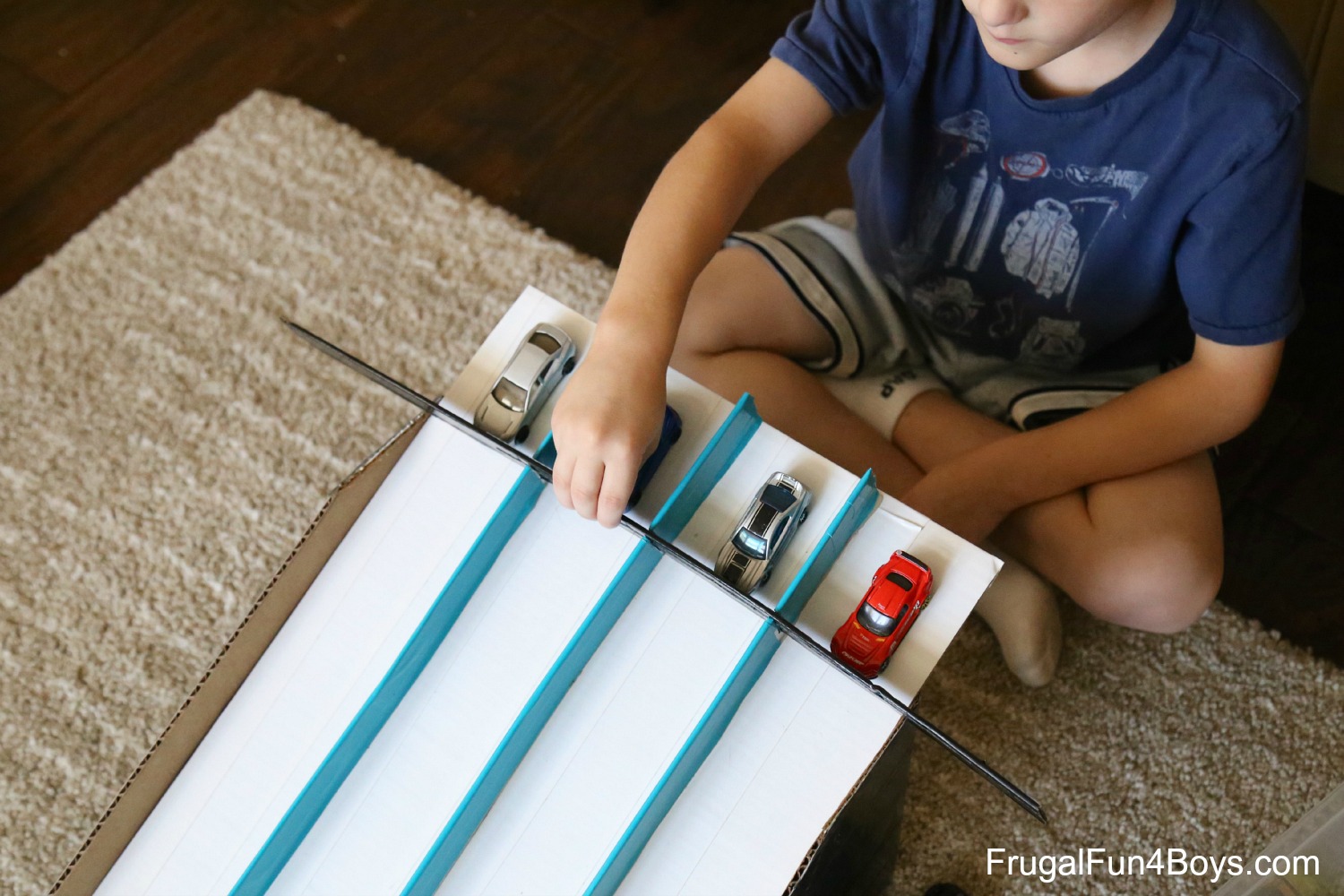 Lift up the cardboard arm, and the cars go racing down the track! It’s fun to have a fair race because you can really test which cars are the fastest. Very important at our house. 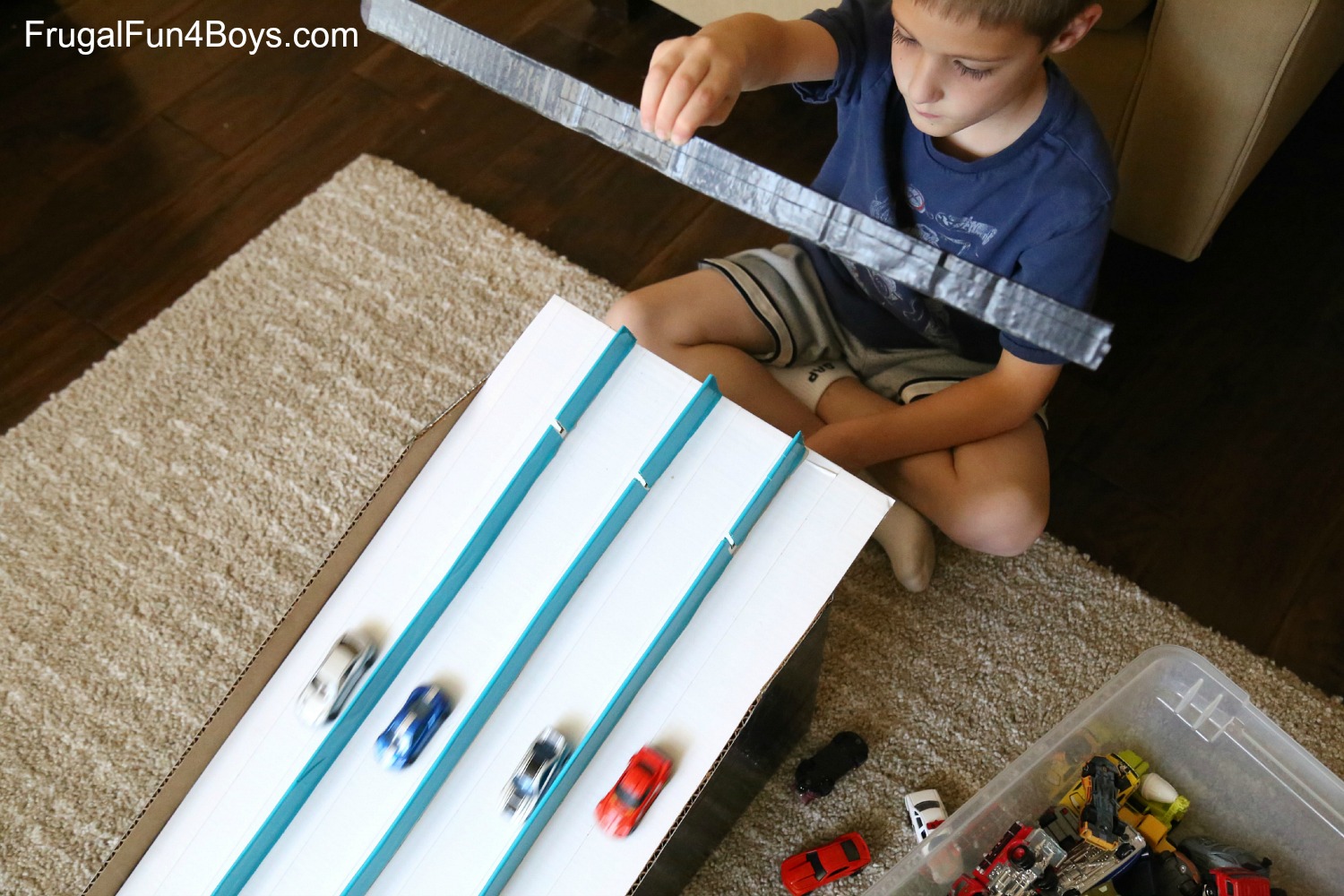 Our wood floors have ridges on them which send the cars in funny directions (hand scraped texture), so we have been playing with the race track on the rug. We put two sheets of poster board (taped together) in front of the race track, and that has worked well.

My husband put this race track together out of a Costco diaper box, but any large box would work. The diaper boxes are a particularly good shape for this because they are so long and narrow.

To make this race track you will need: 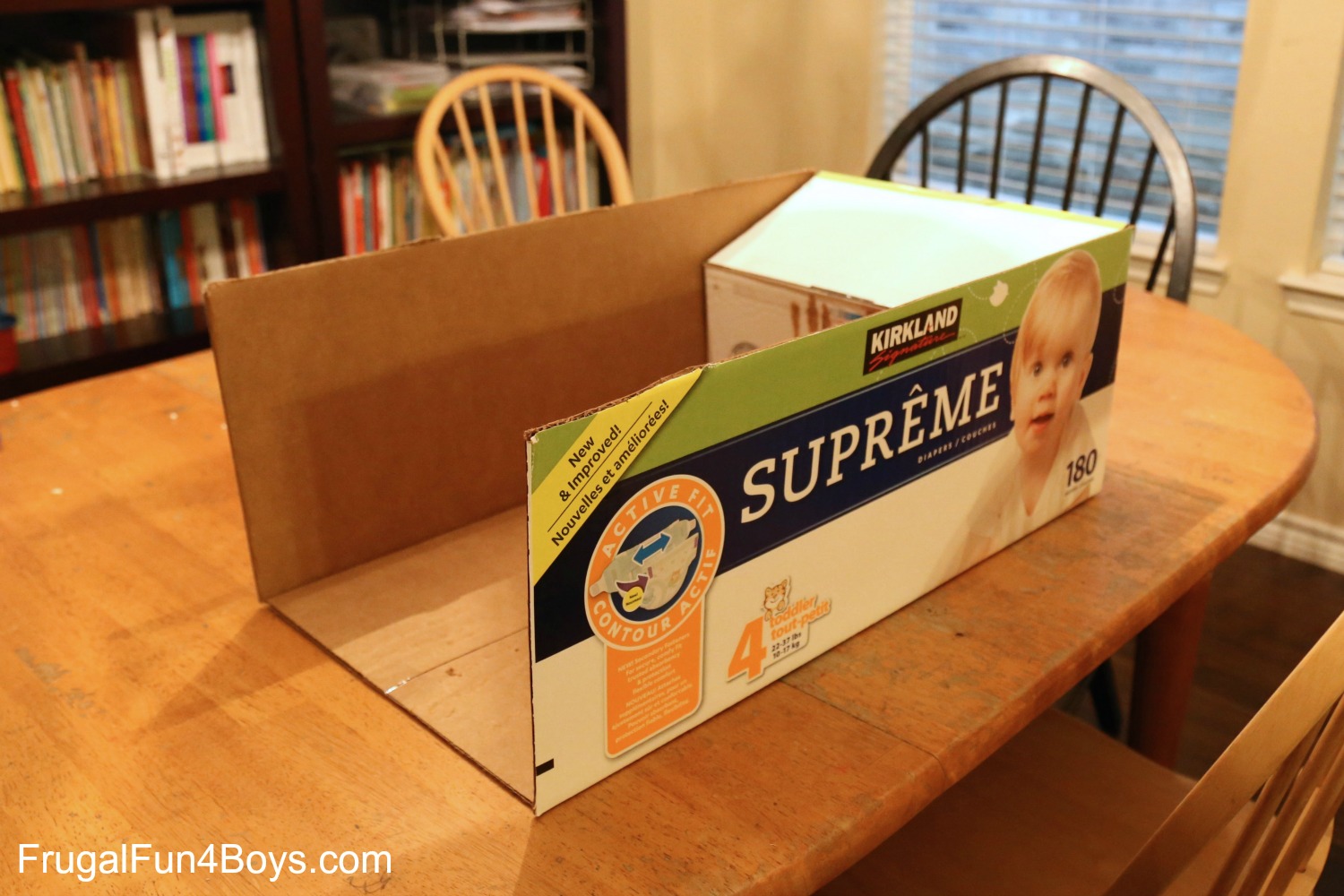 For the actual ramp, he used extra cardboard from a tri-fold display board. 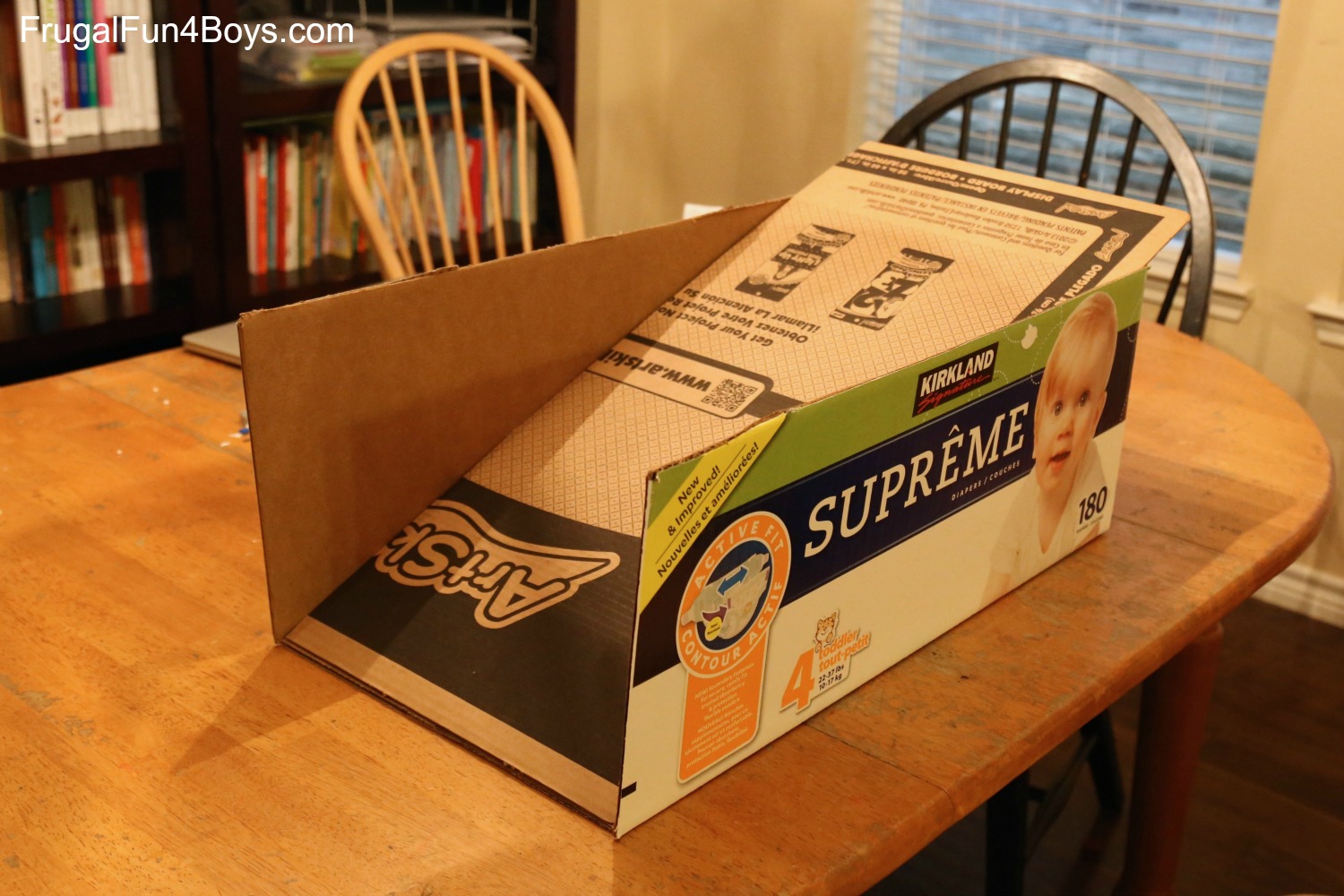 He cut down the sides of the box and covered the entire thing in duct tape.

For the lane dividers, my husband cut strips of cardboard from the display board and covered them in duct tape. Then he hot glued them to the track.

The release mechanism is super simple. My husband cut a slit out of each lane divider and then cut a cardboard strip to hold the cars. He covered this with duct tape also – makes it more sturdy. 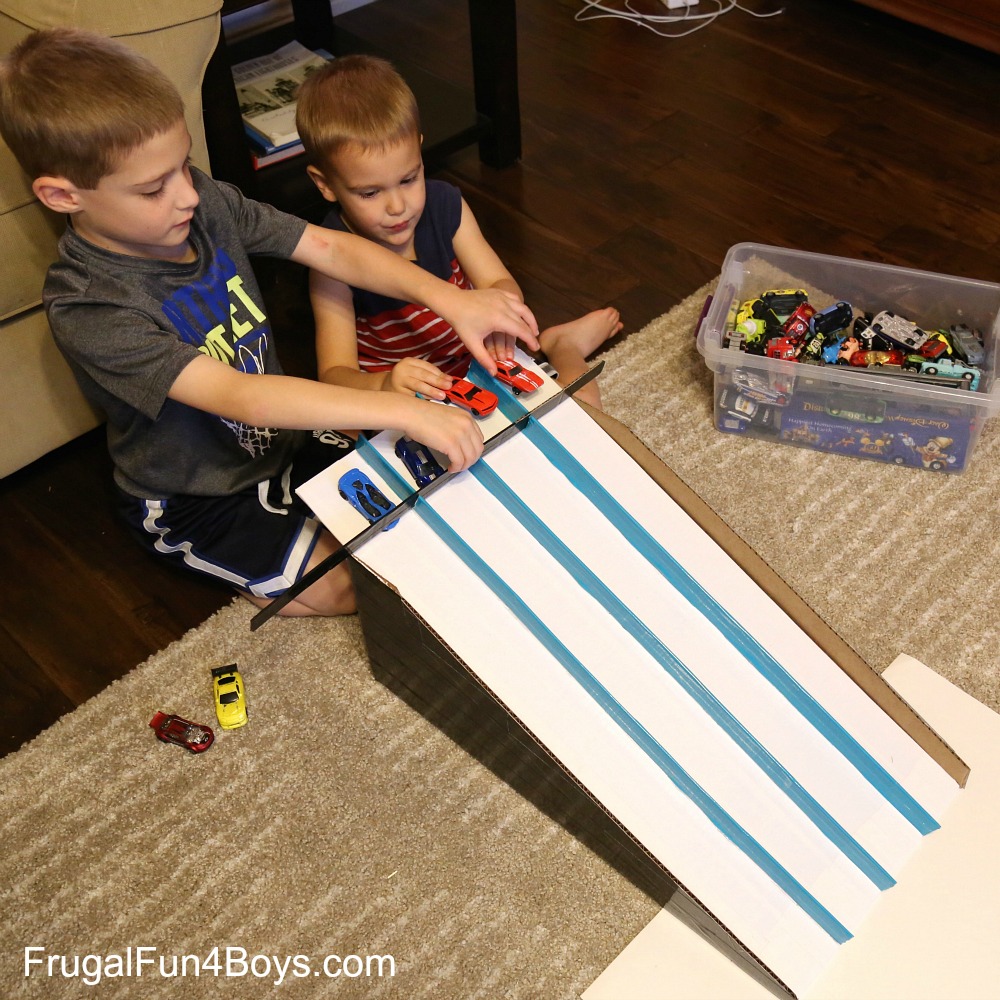 In this photo you can see the entire set-up: 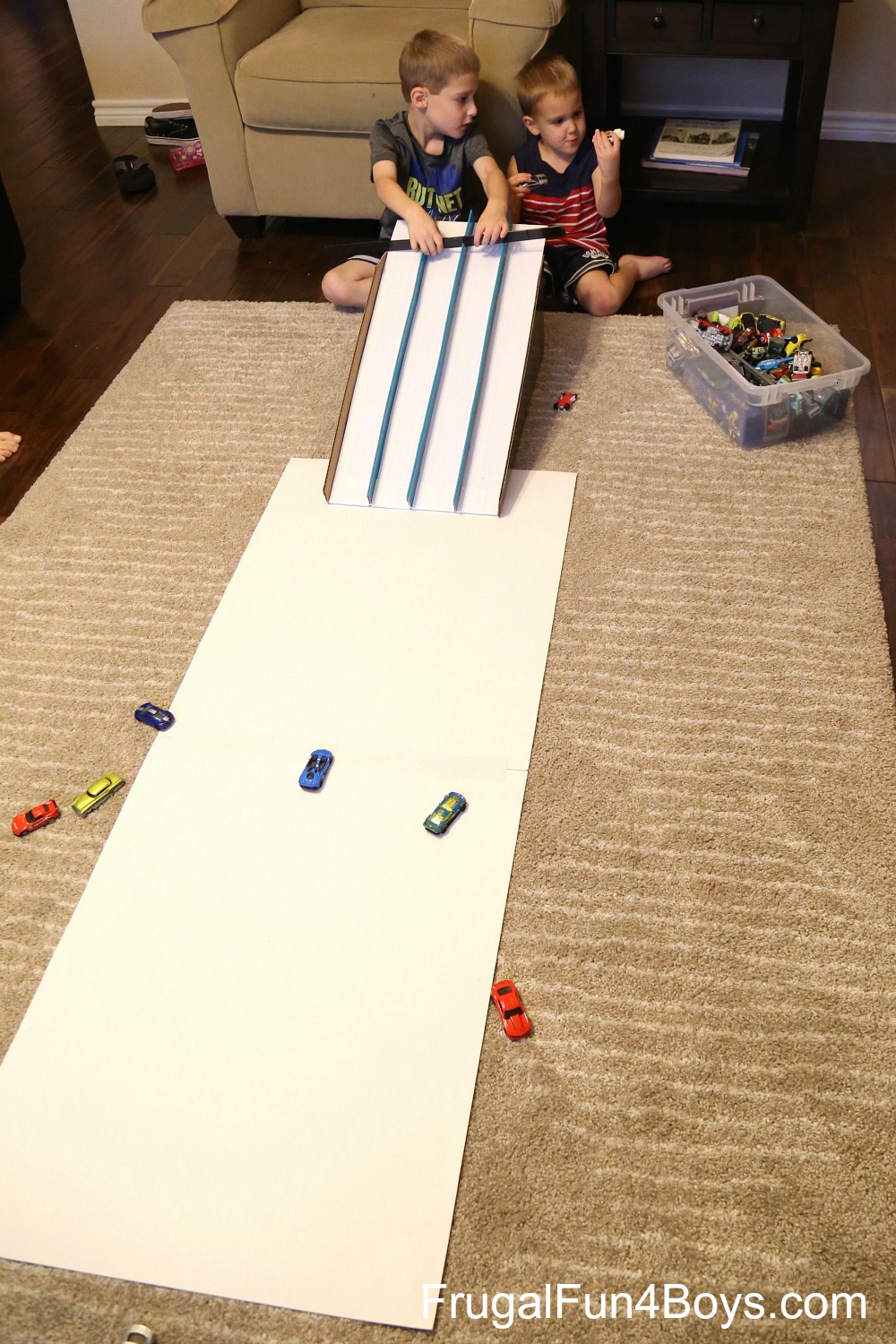 We love making cardboard toys! Here are some more ideas: 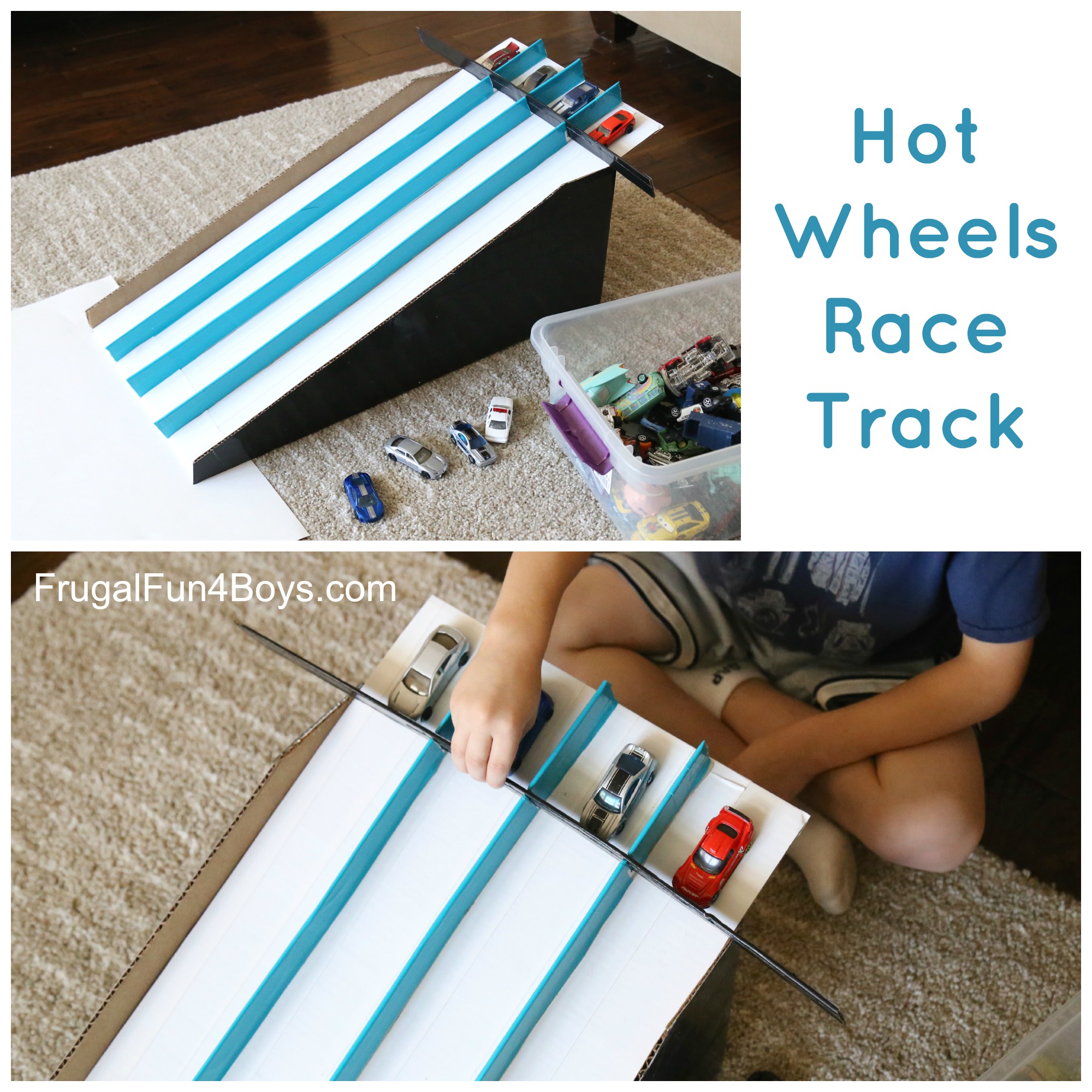