One project that I had seen on Pinterest for ages but never tackled with the boys was marshmallow blow guns made out of PVC pipe. Well, I showed the idea to the boys, and they enthusiastically agreed that we should go for it!

Constructing a marshmallow blow gun from PVC is super easy, and you can rebuild them in all different ways. This would definitely make a great project for a scout group, church group, or after school club, or just as a family activity! 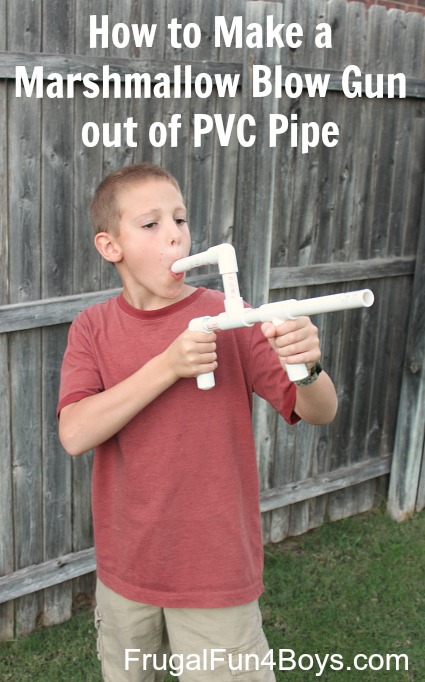 For each gun, we purchased:

**Note: While you’re shopping, make sure that the joint pieces do not have threading inside the pipe! 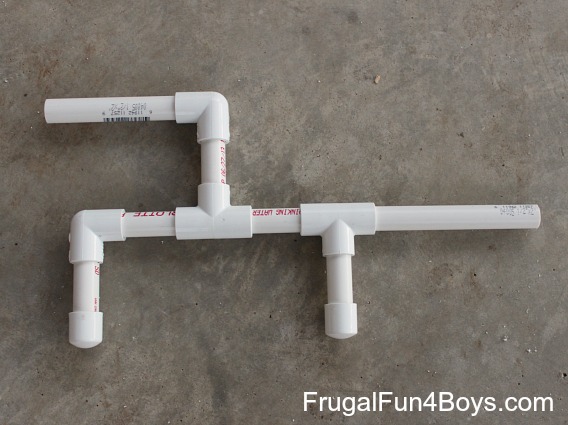 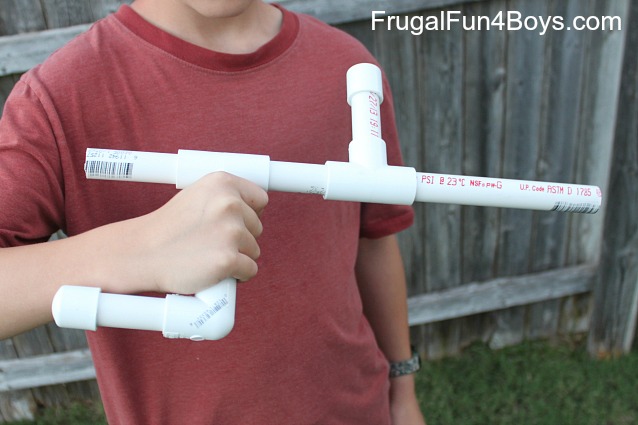 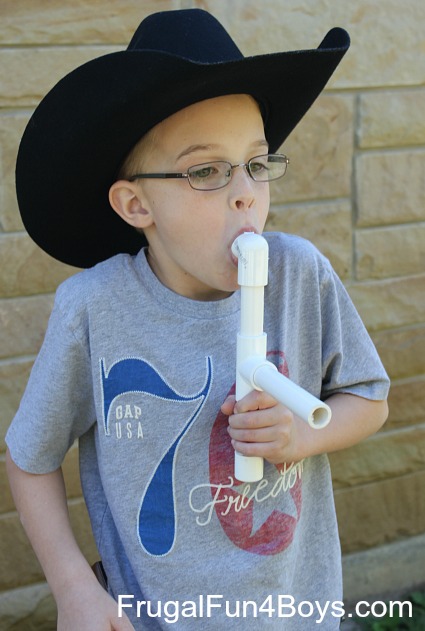 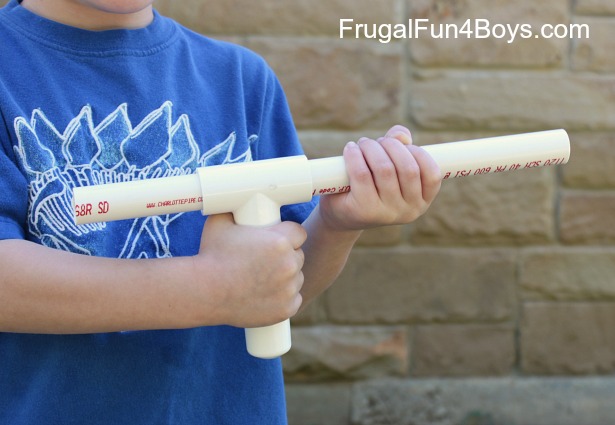 To shoot, simply stick a mini marshmallow in the end of the gun and blow! The amount of air power is important. Aidan thought that his gun wasn’t working too well, but Dad got it to shoot really far. After experimenting, Aidan was able to shoot much better.

Aidan decided that he wanted to keep the same design for his gun, and he wanted to decorate it with duct tape. So we added a little camo duct tape to the pipe pieces. We didn’t do anything with the joints, but you could easily spray paint those. 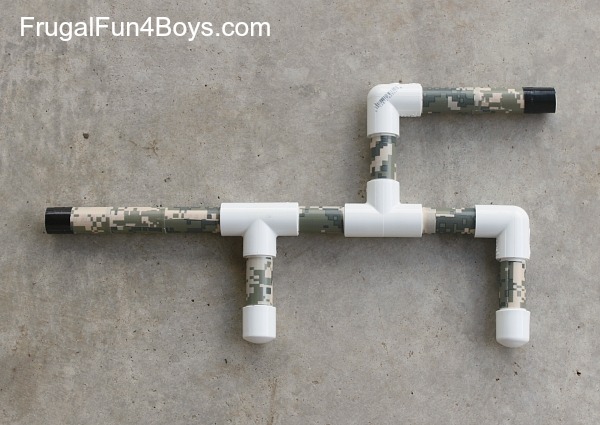 I would definitely recommend playing with these outside unless you don’t mind ants! The boys did a little shooting inside, but it was almost impossible to keep up with the mini marshmallows. I’m sure there are still some we missed… Outside at the park was a much better spot for playing! 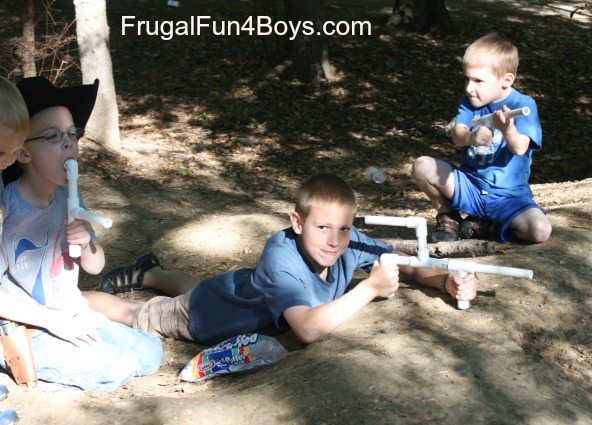 It’s amazing how many homemade toys can be made with PVC pipe!