STEM challenge for kids – build a catapult out of popsicle sticks!

Here’s a fun (and effective) catapult to build out of popsicle sticks, hot glue, and a few other basic household supplies. We’ve been having a blast with this little contraption! 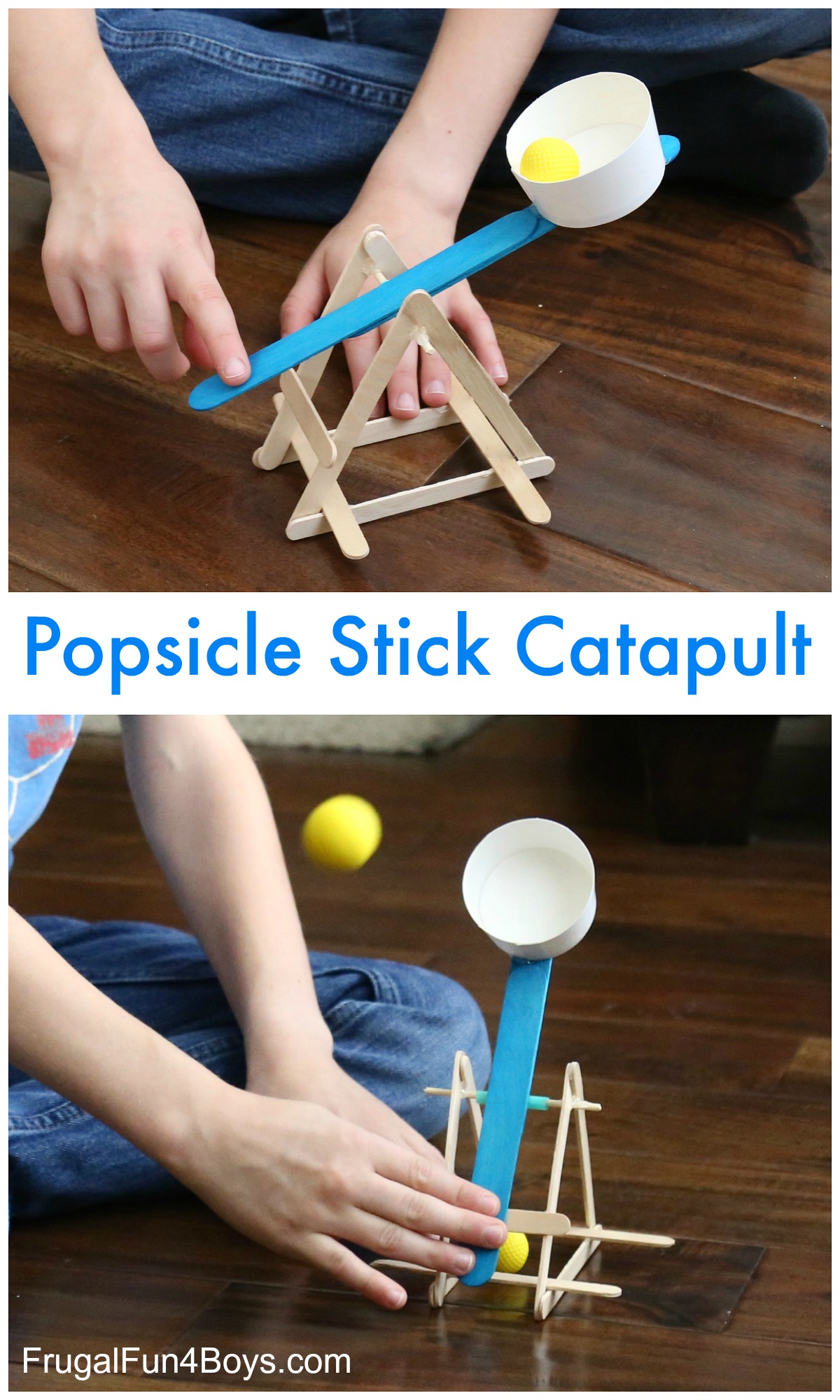 The catapult’s arm is attached to a segment of a straw that rotates around a bamboo skewer. To shoot the catapult, hold down the frame with one hand while firmly (and quickly!) pressing down the arm with the other hand.

This may be the most effective catapult we have ever built. It shoots really far! 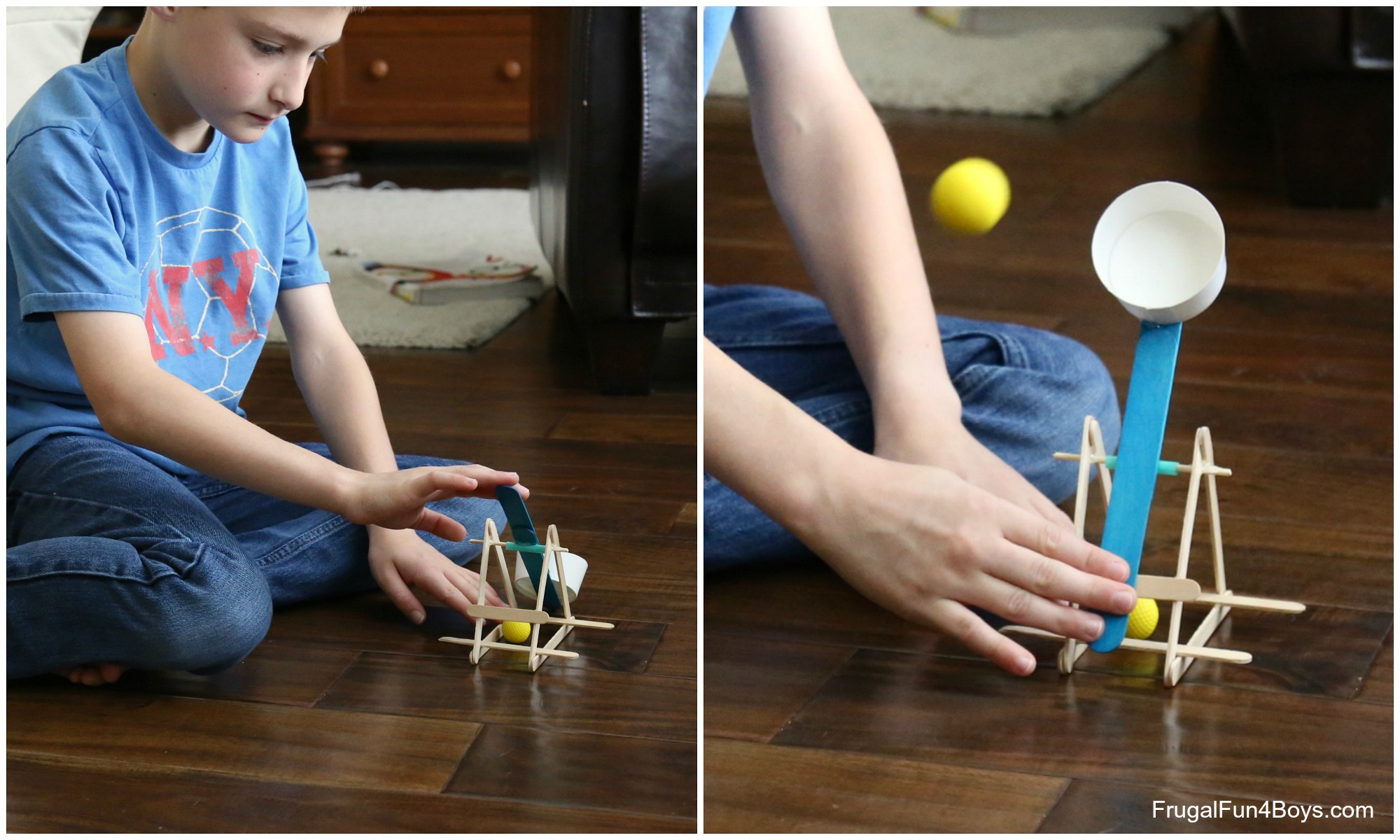 We have been shooting Nerf Rival balls with our catapults, and they work great! They are super lightweight, yet still fun. If you don’t have any of those, pom pom balls work just as well. If you want something with a little more power to it, we also had good success with small wooden beads. (Just be safe, okay?) 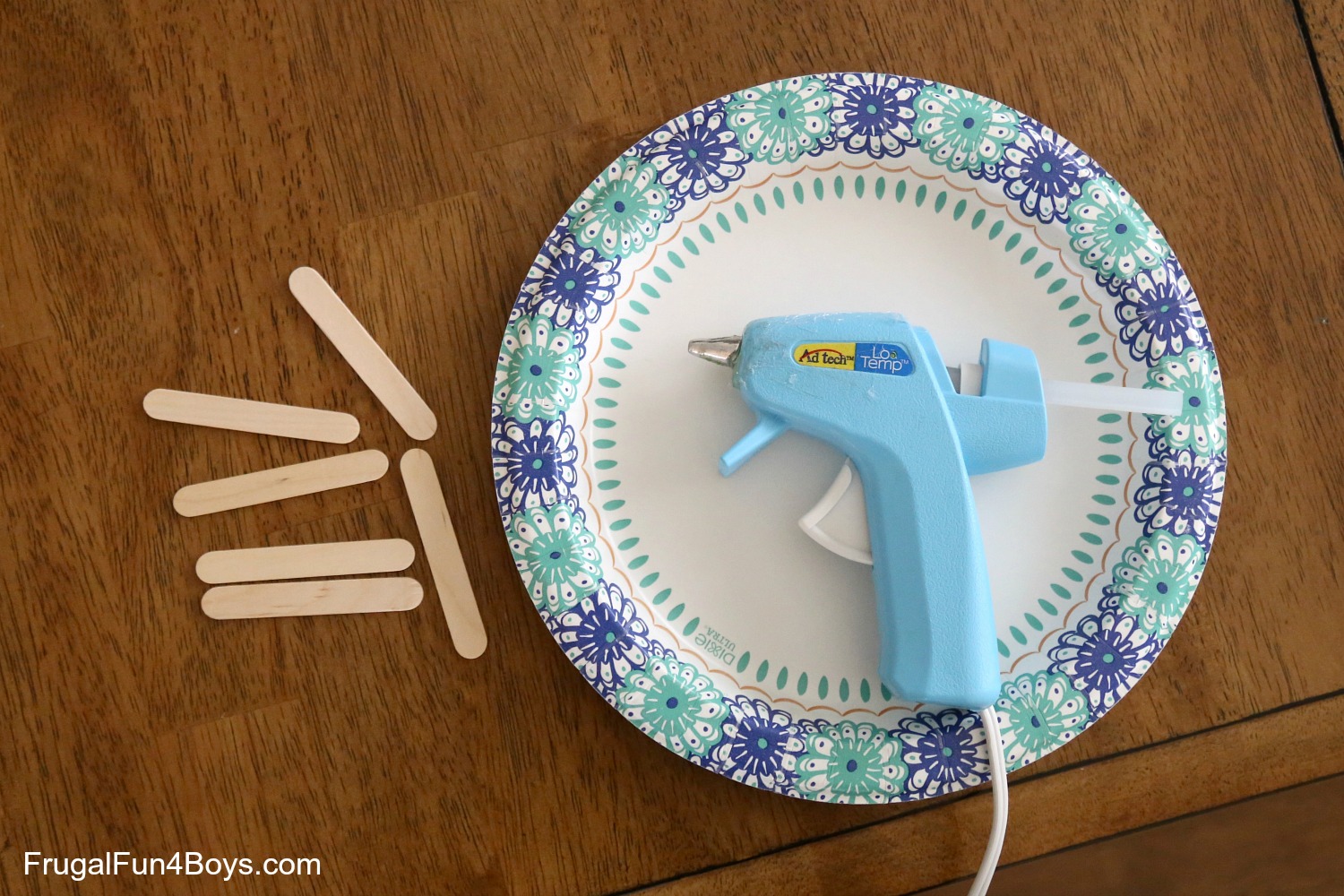 Step 2: Make two triangles by gluing three craft sticks together. Then grab a straw and a bamboo skewer. 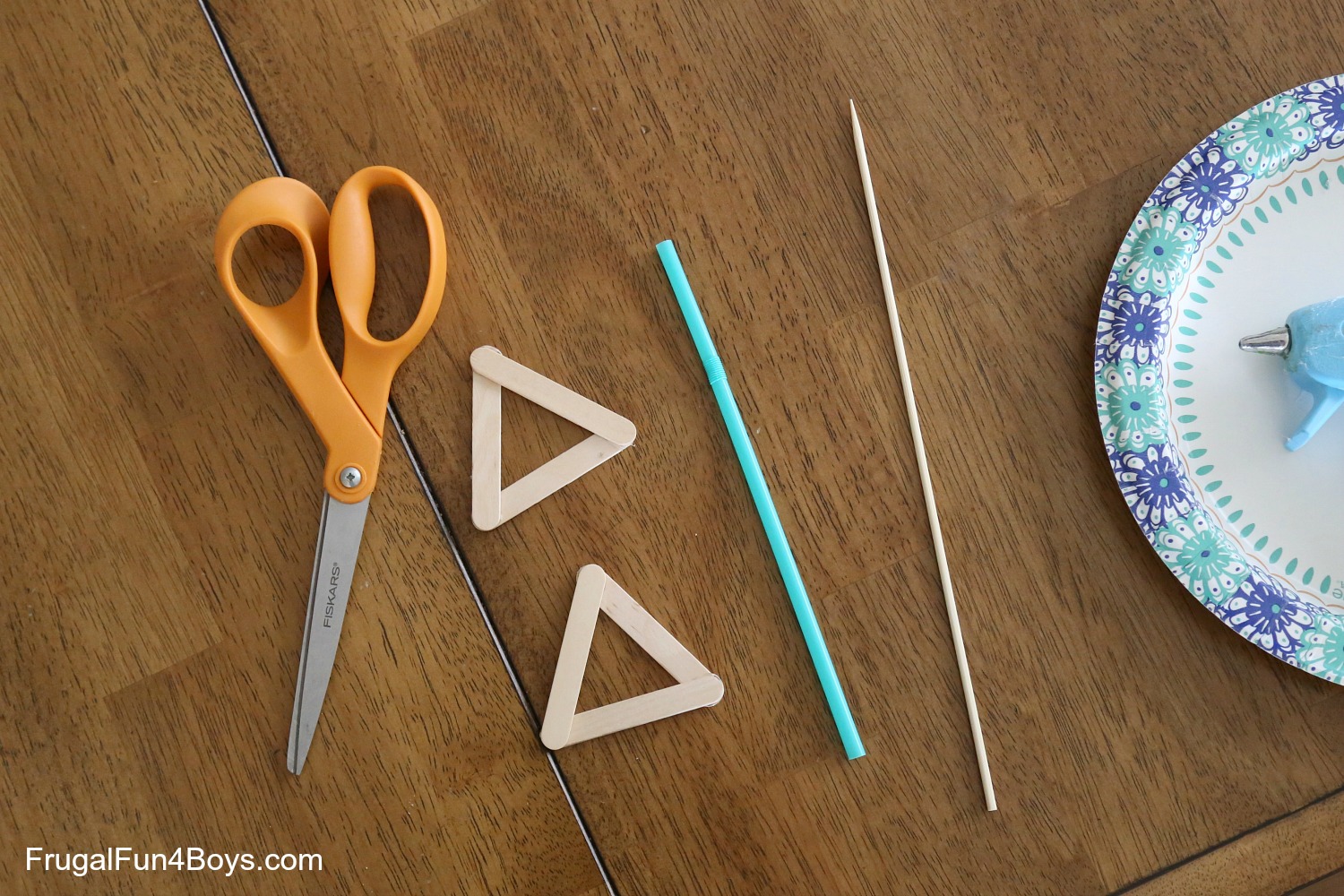 Step 3: Cut a piece from the bamboo skewer. Then cut a shorter segment from the straw. 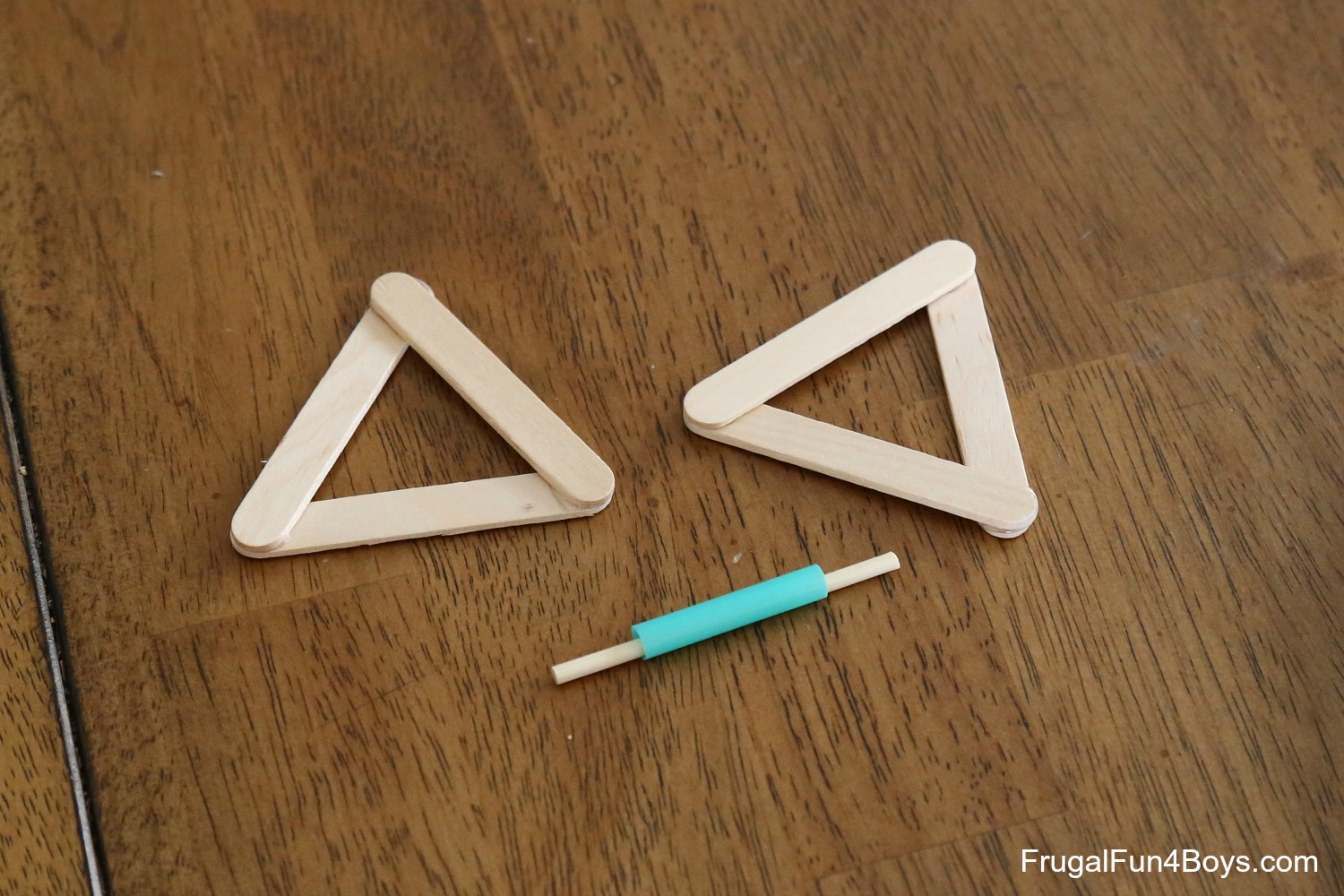 Step 4: Hot glue the skewer to each of the triangles. 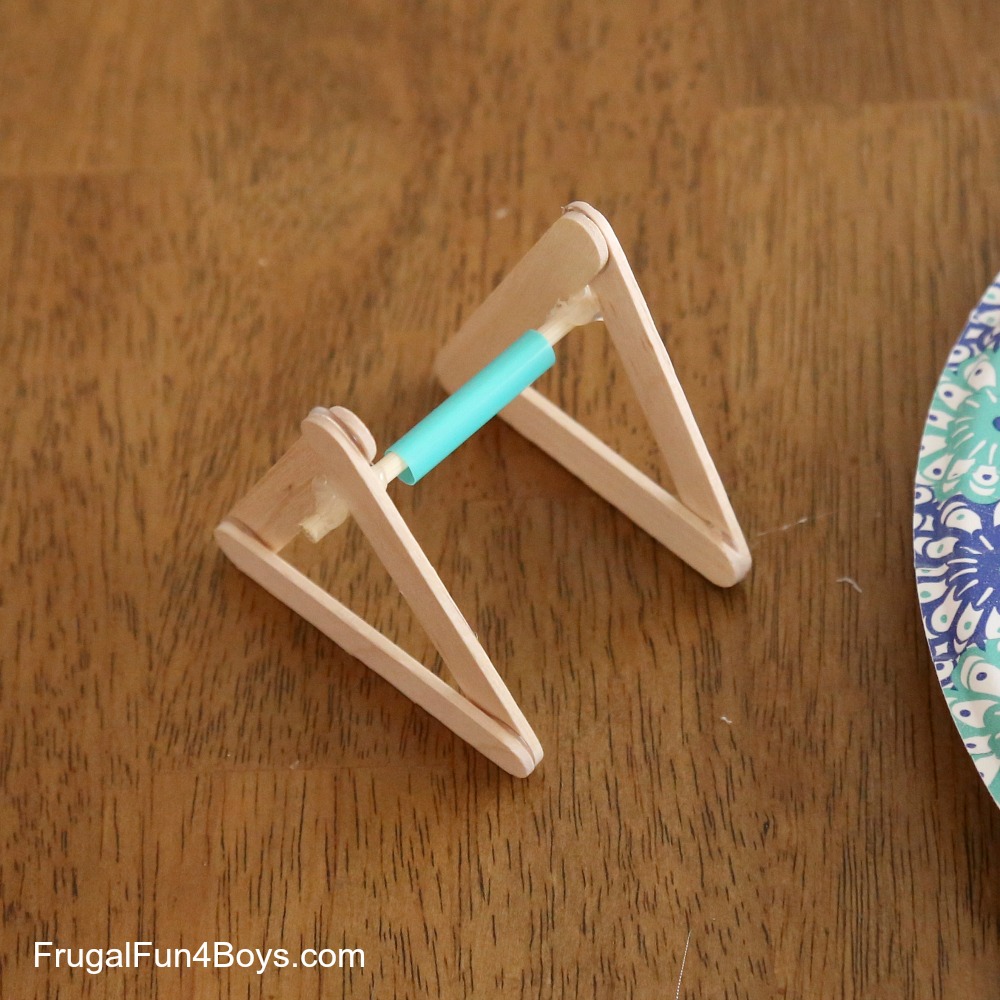 Step 5: Glue a couple of sticks to the base of the catapult for stability. 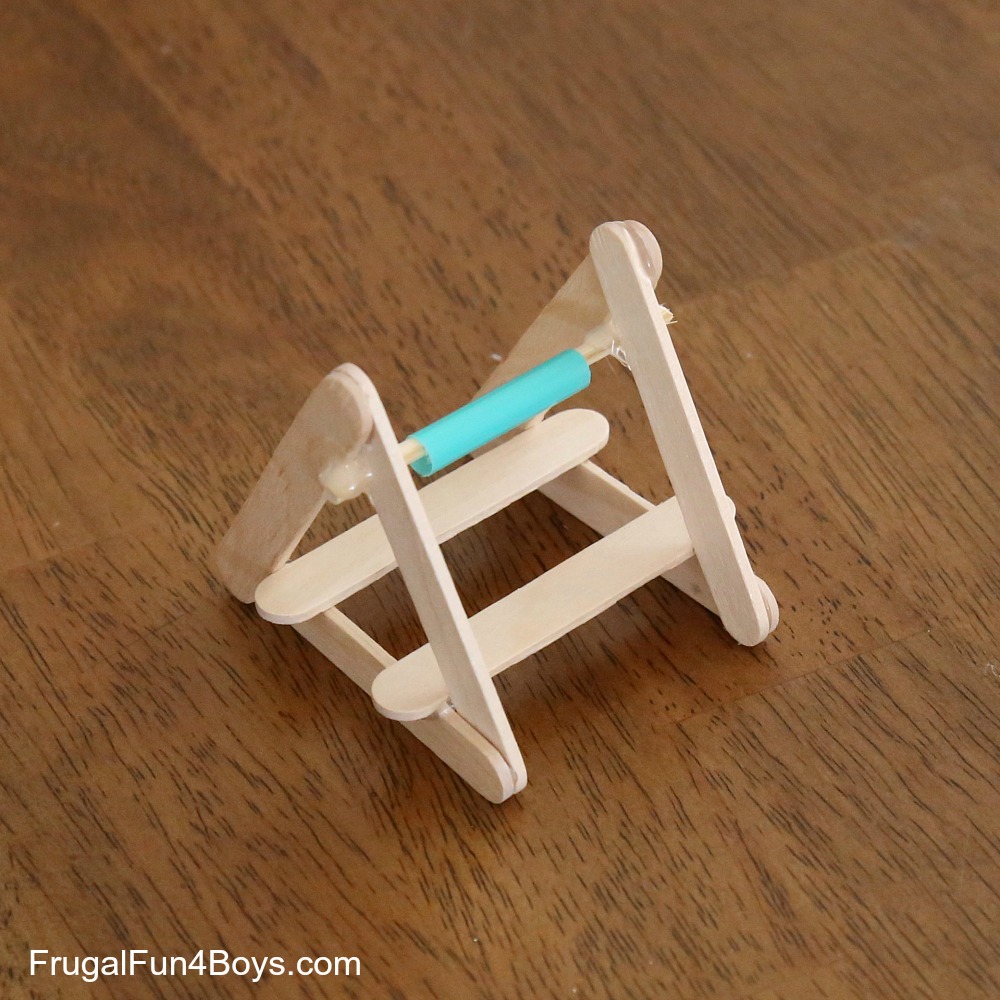 Step 6: Glue a wide craft stick to the straw to create the shooting arm of the catapult. 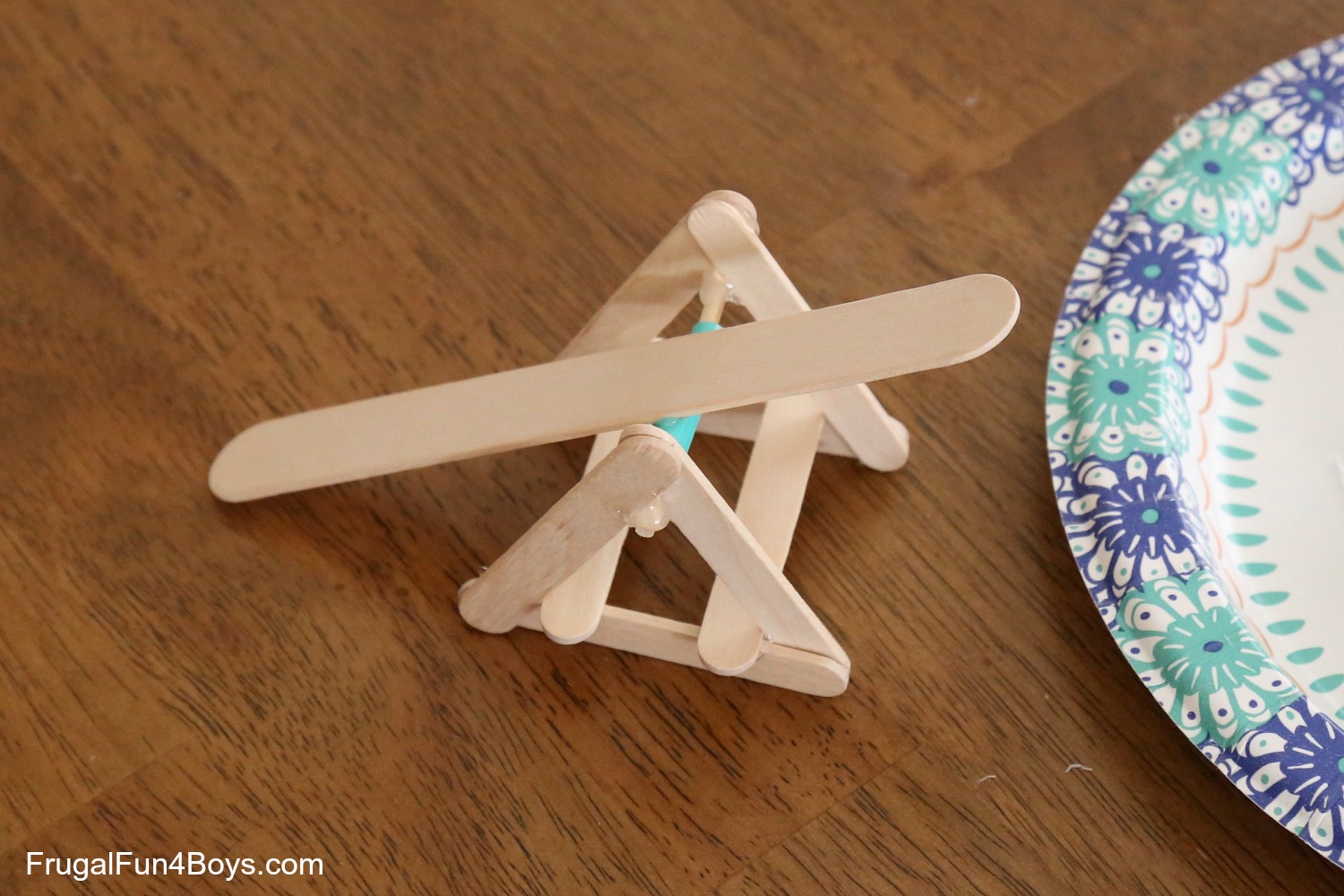 Step 7: Cut a paper cup so that there is just an inch or two left at the bottom. Glue a second wide craft stick to the catapult and then glue on the cup. 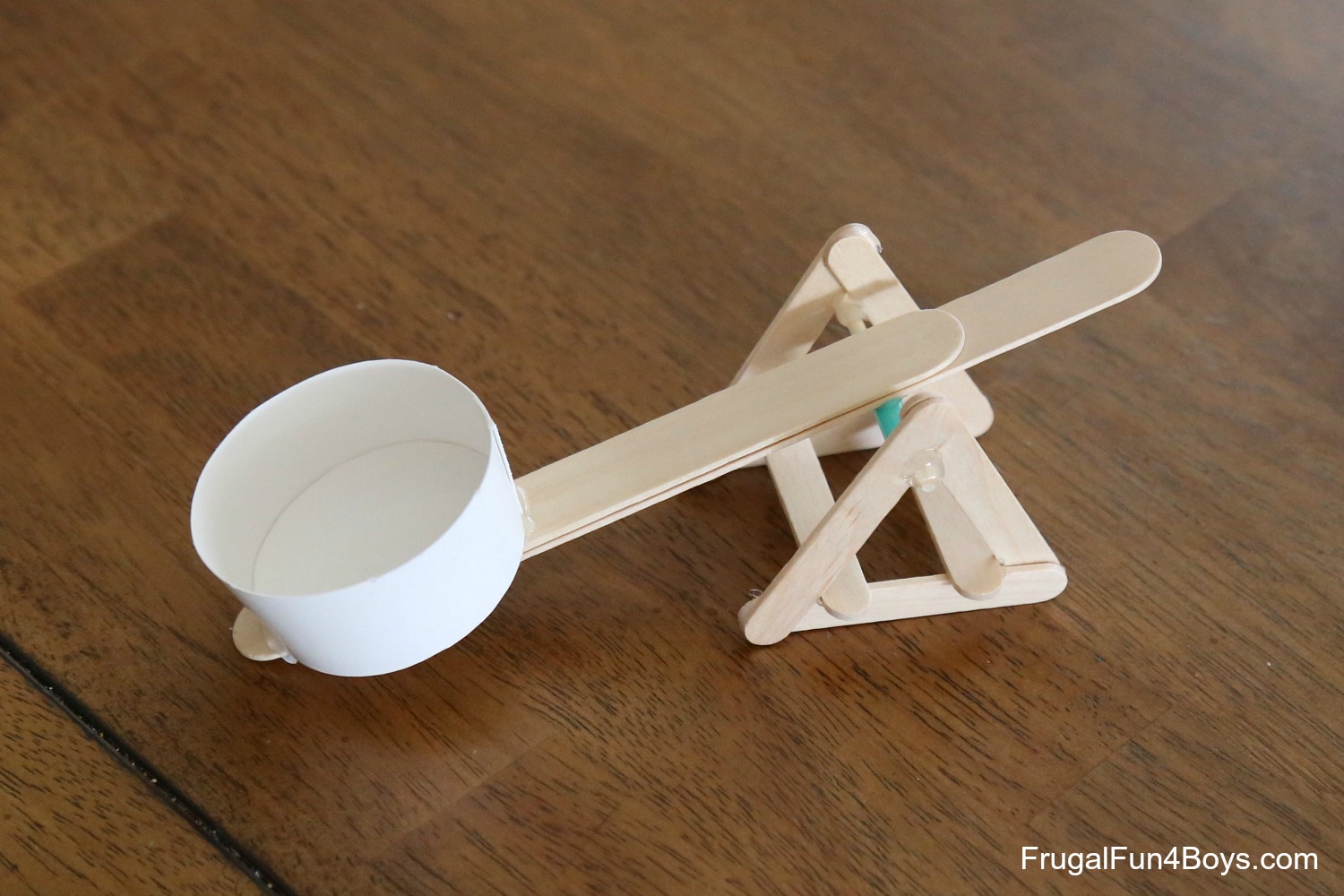 Now you’re ready to try it out! Here’s the larger version that I created out of regular size popsicle sticks. 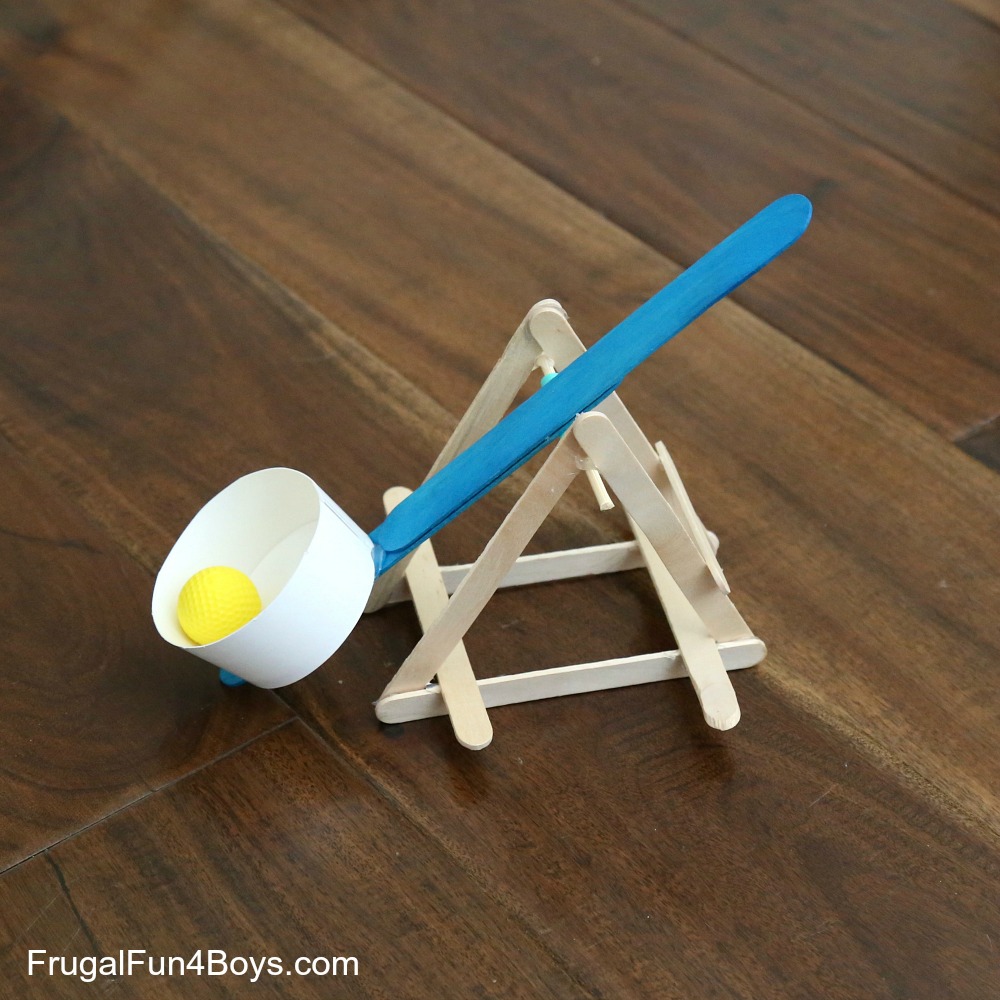 If you use full size popsicle sticks (the size I linked to in the supply list), you’ll need to add one more stick across the front of the catapult. Kids can experiment with the position of this final stick so that it stops the shooting arm at the best position for launching the ball. 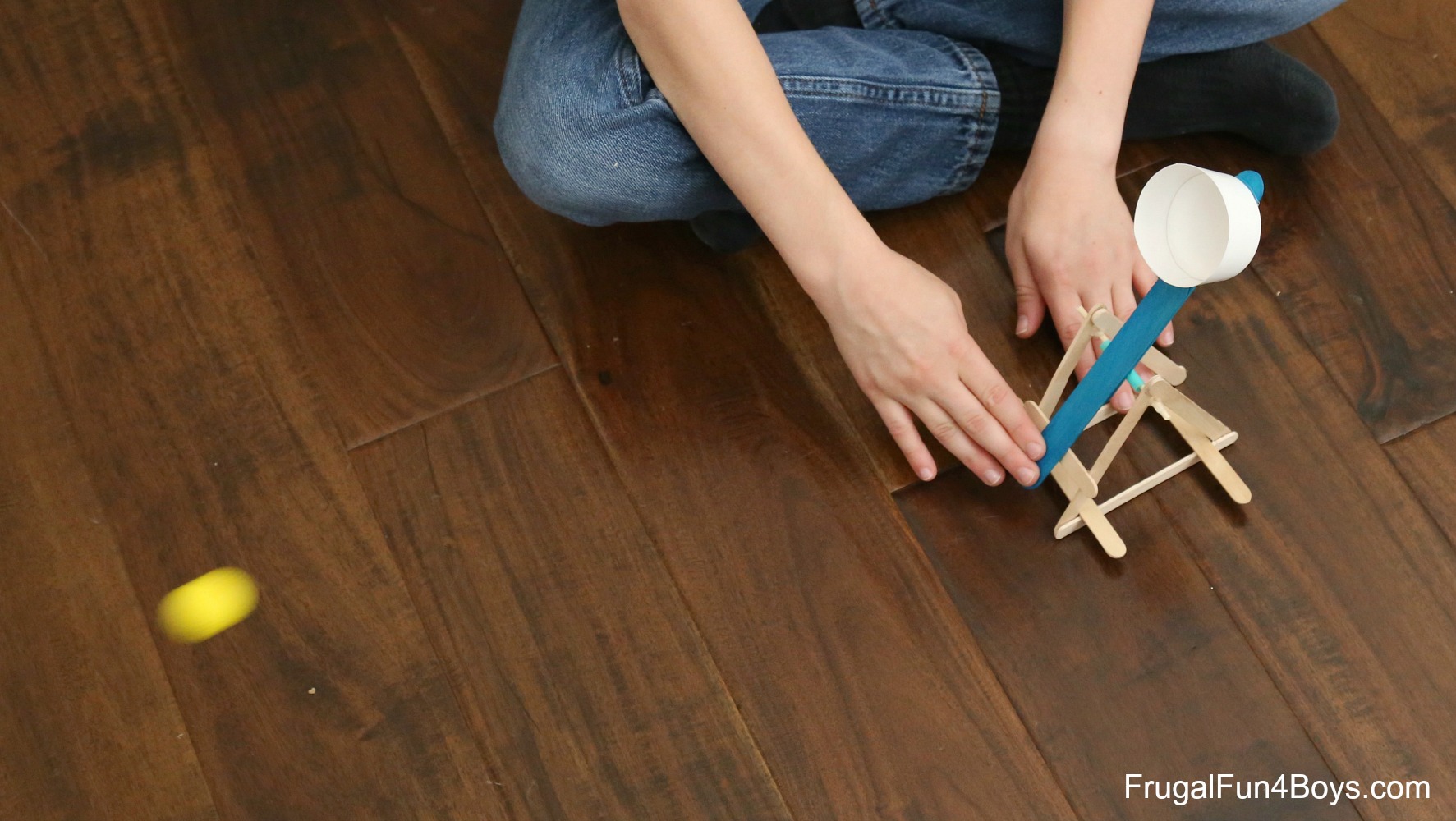 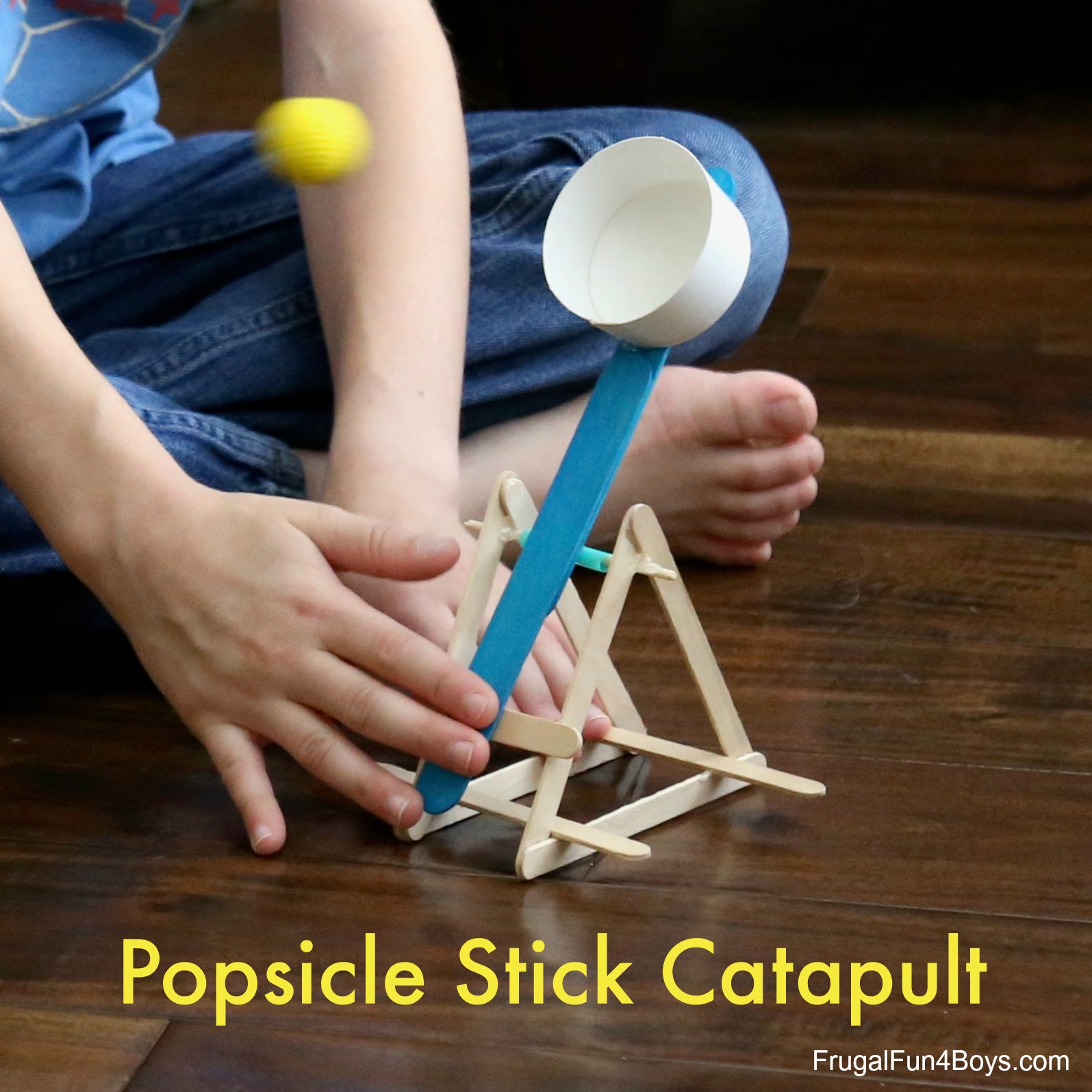