While Gresham was playing his math games this week, I needed a way to keep Owen (age 3) occupied. He hates to play by himself, so his favorite place to be is at the school table with us! Sometimes this is great, and sometimes this is rather distracting unless he has something to do. He usually lasts just a few minutes on any given activity at the table (exceptions to this rule were his cereal box name project and his magazine collage which he happily worked on for 30 minutes each), so I had already run out of things for him to do that day!

I grabbed some paper, and made him some number circles to fill in with pom pom balls. He suggested adding tweezers, and I thought that was a great idea! 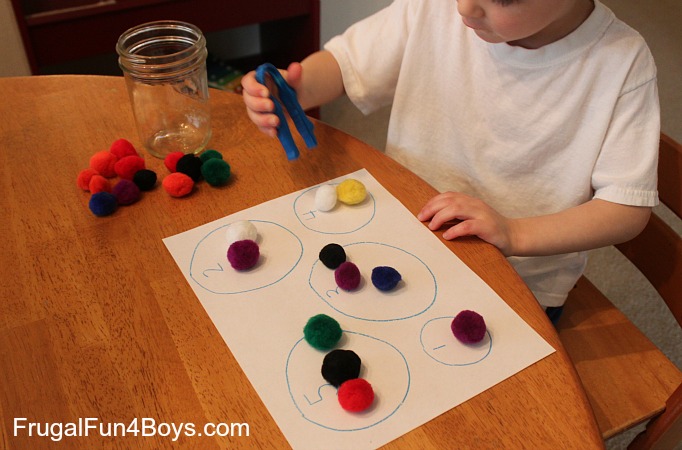 This is his counting face: 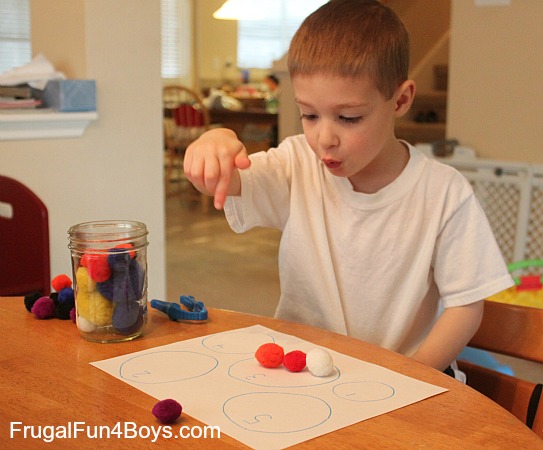 As soon as he started to get silly with the pom pom balls, I was ready with a sheet of stickers. I told him to stick the correct number of stickers inside each circle.

He worked quietly for a few minutes, and then said with a giggle, “Mom! Look at 3!” 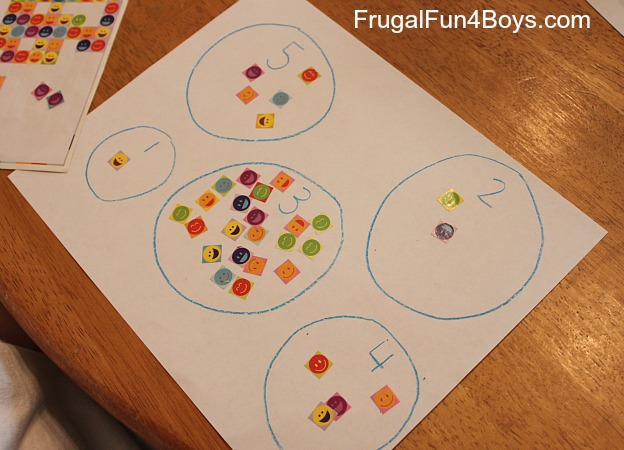 I said “Wow, look at that!” and didn’t make him fix it. I figured that he knew it wasn’t three and that it wasn’t worth the potential battle! Later, he came back and peeled off several of the stickers so that there were 11 or 12 instead of however many that was. That kid cracks me up!

Owen also loves drawing lines to match up numbers (and letters). I can make up these “worksheets” in just a few seconds when I need something to keep him busy.

A friend gave us some addition facts puzzle cards, and I gave Owen the answer cards and asked him to count the items and then stack them up when he was done. He can only count out loud (not silently in his head!) but that was less distraction than what we would have had if he were entertaining himself! 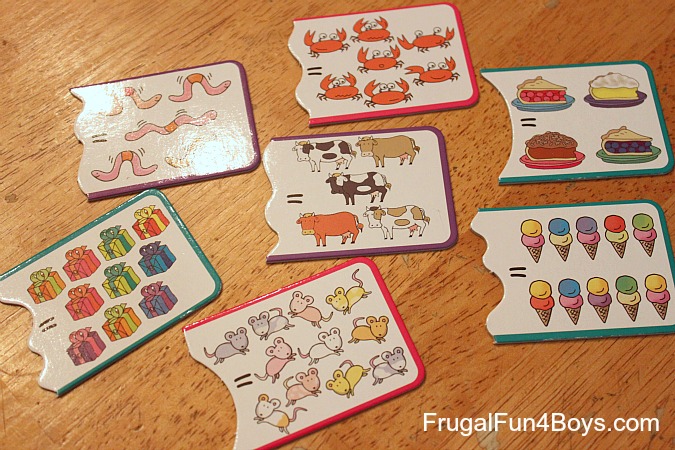 For those of you who are homeschooling multiple children, how do you keep your little ones busy while the older ones do their school?