Last week was turtle week at our home school! 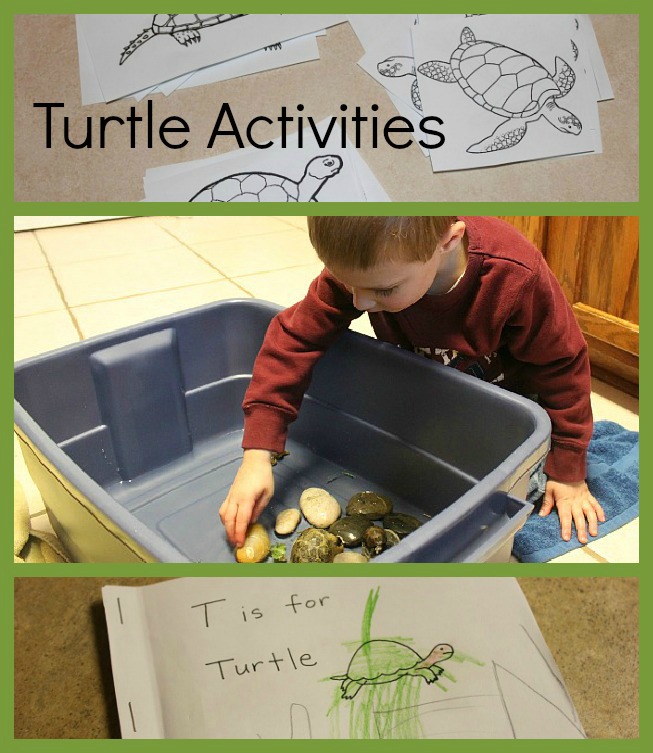 Owen (age 3) had fun counting and making patterns with turtles. I printed three types of turtles – a box turtle, a snapping turtle, and a sea turtle. Then, I re-sized each turtle and made several copies on our printer. 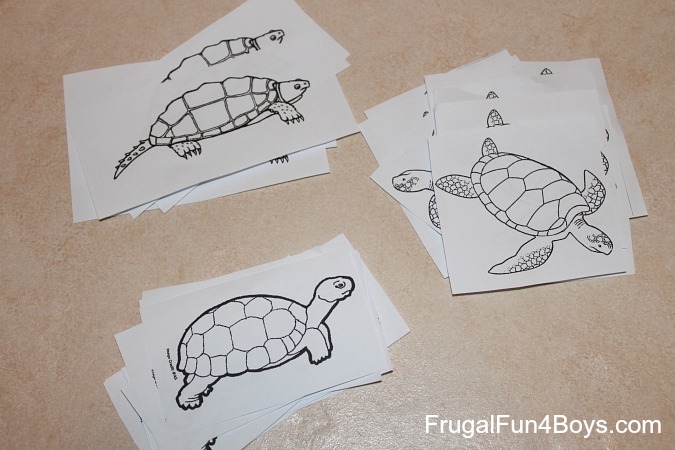 Owen practiced counting the turtles, and then I gave him the three piles of turtles, and he lined them up on the floor to make patterns. We have done patterns in the past with math cubes and with leaves and rocks. Creating patterns is such a good activity for preschoolers! 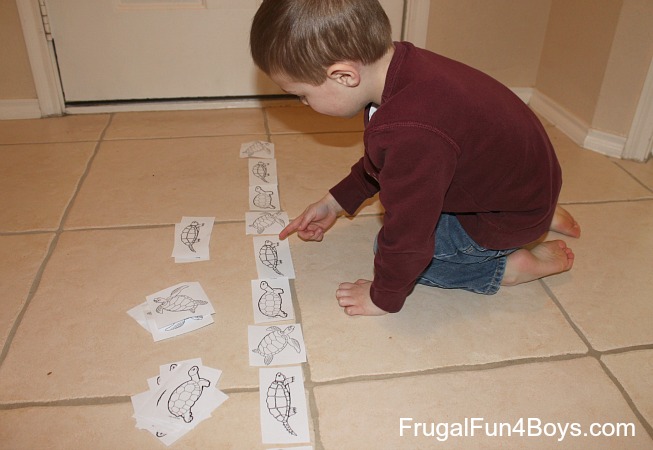 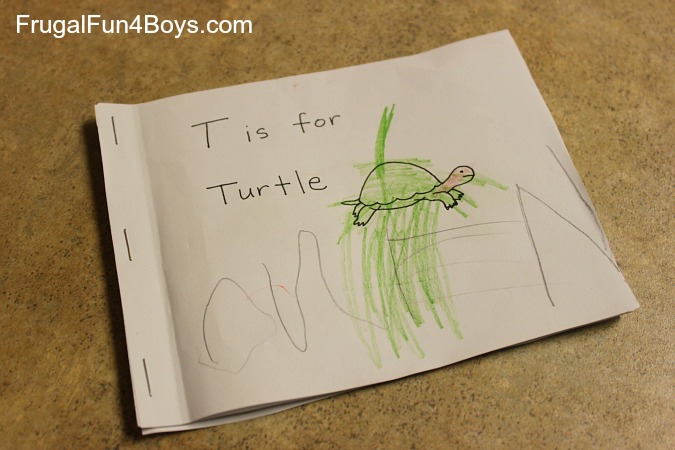 Owen colored one of each of the three types of turtles, and I added some really simple text to each page – “This is a box turtle,” etc. 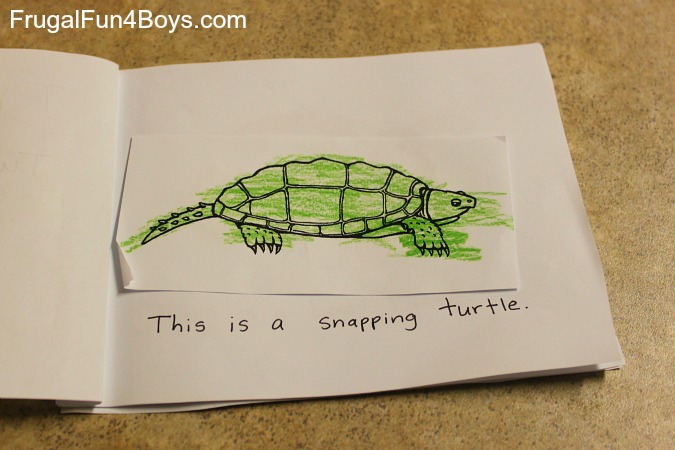 Gresham (age 6) also made a turtle book with the turtle pictures, except that he added facts that he had learned about each turtle in his science book. The title of his book was “The Book of Asame Turtles.” He made the book all by himself, and then I read it later while he was out of the room. I had to ask Aidan to help me figure out what his title was supposed to be – Gresham is doing so well with writing that I didn’t want to discourage him by having to ask what he wrote. Aidan figured it out! It’s “The Book of Awesome Turtles.” I did have him fix the spelling, but at least I knew what he was trying to say first!

We also played with a turtle pond – with real water! 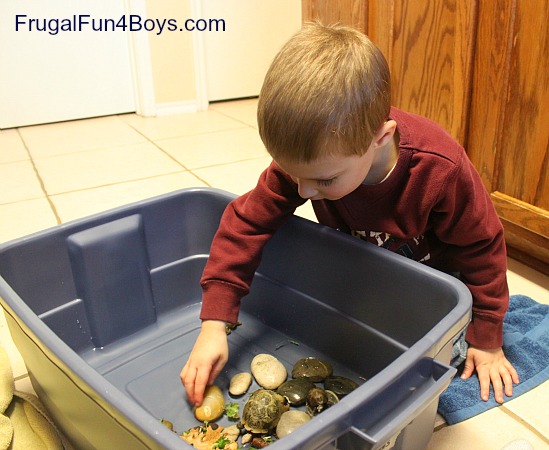 I put a couple of inches of water in the bottom of a rubbermaid tub and gave the boys river rocks to put in. They brought in some sticks and leaves from the yard and then had a blast playing turtle pond with their toy turtles. 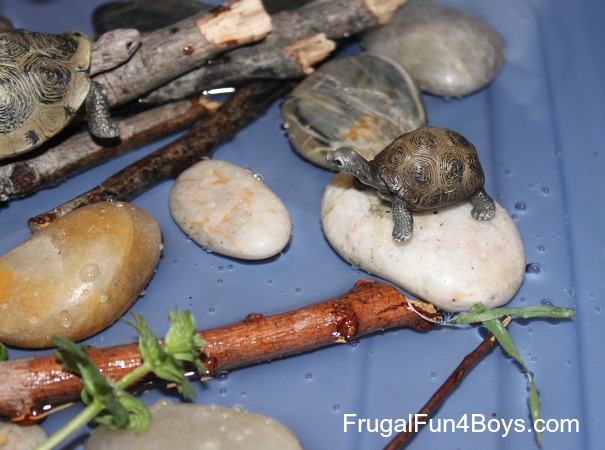 Owen wanted some measuring spoons for scooping water, so I found a couple for him to use. He had fun pouring water over the turtles. 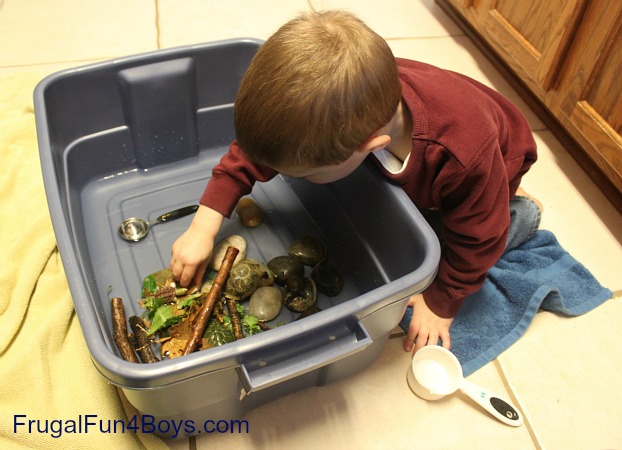 Check out the rest of our turtle unit!

We made some adorable egg carton turtles.

We bought a pet Russian tortoise – there’s a story to go with this pet!