Here’s a collection of the best funny Dad Jokes that will make you smile, groan, and laugh out loud!

Wondering what a dad joke is? Dad jokes are those corny jokes, usually based on puns, that dads love to tell. You know, the ones that make you groan and say, “Oh, Dad!” but secretly you are laughing because, hey – they’re pretty funny! Over the past couple months, my husband has been enjoying making our teen son groan with his awful dad jokes. We decided that since we’ve posted about hilarious jokes for kids that we should create a collection of some of the best dad jokes too! So here they are…

The best part about these dad jokes is that they are super funny, but also clean and appropriate for kids. 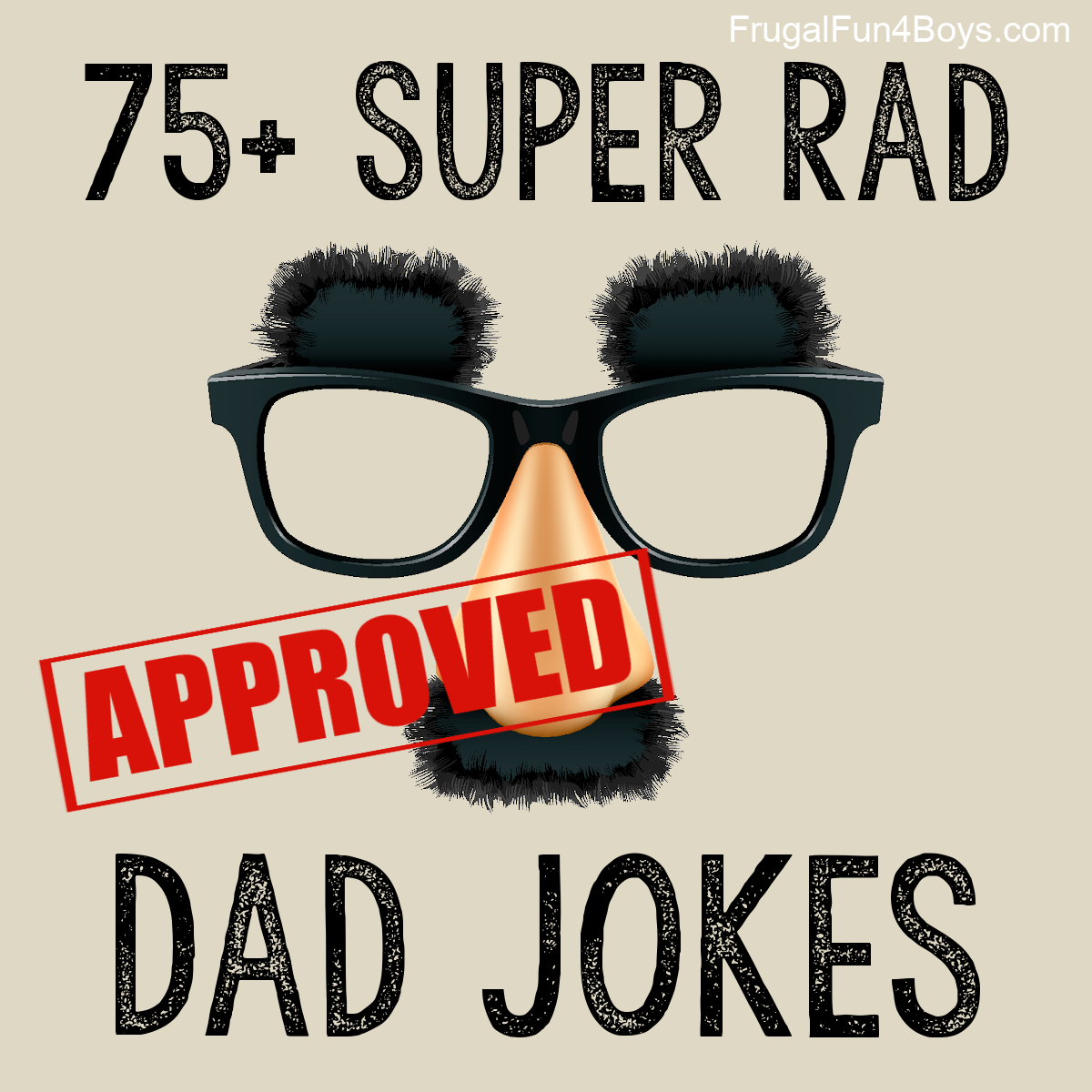 Oh, and you’ll want to be sure to check out our Dad Jokes Greeting Cards as well! We have printable dad joke birthday cards and Father’s Day cards, as well as cards that are appropriate for anytime. Dad will LOVE them!

You know people say they pick their noses… but I feel like I was just born with mine!

I got my best friend a fridge for his birthday. I can’t wait to see his face light up when he opens it!

When the grocery store checker asks me if I want my milk in a bag, I say no, I’d rather keep it in the carton.

My uncle named his dogs Rolex and Timex. They’re his watch dogs!

I failed my driving test today. The instructor asked me, “What do you do at a red light?” I said, “I usually check my emails and see what people are up to on Facebook.”

I asked my dog what’s two minus two. He said nothing.

The difference between a numerator and a denominator is a short line. Only a fraction of people will understand this.

My boss told me to have a good day, so I went home!

Dad, did you get a haircut? No, I got all of them cut.

My wife says nothing rhymes with “orange.” And I said, “No, it doesn’t!”

I’m on a seafood diet. I see food and I eat it!

You can’t trust atoms. They make up everything!

I only know 25 letters of the alphabet. I don’t know y.

A rancher had only had 48 cows on his property, but when he rounded them up he had 50. 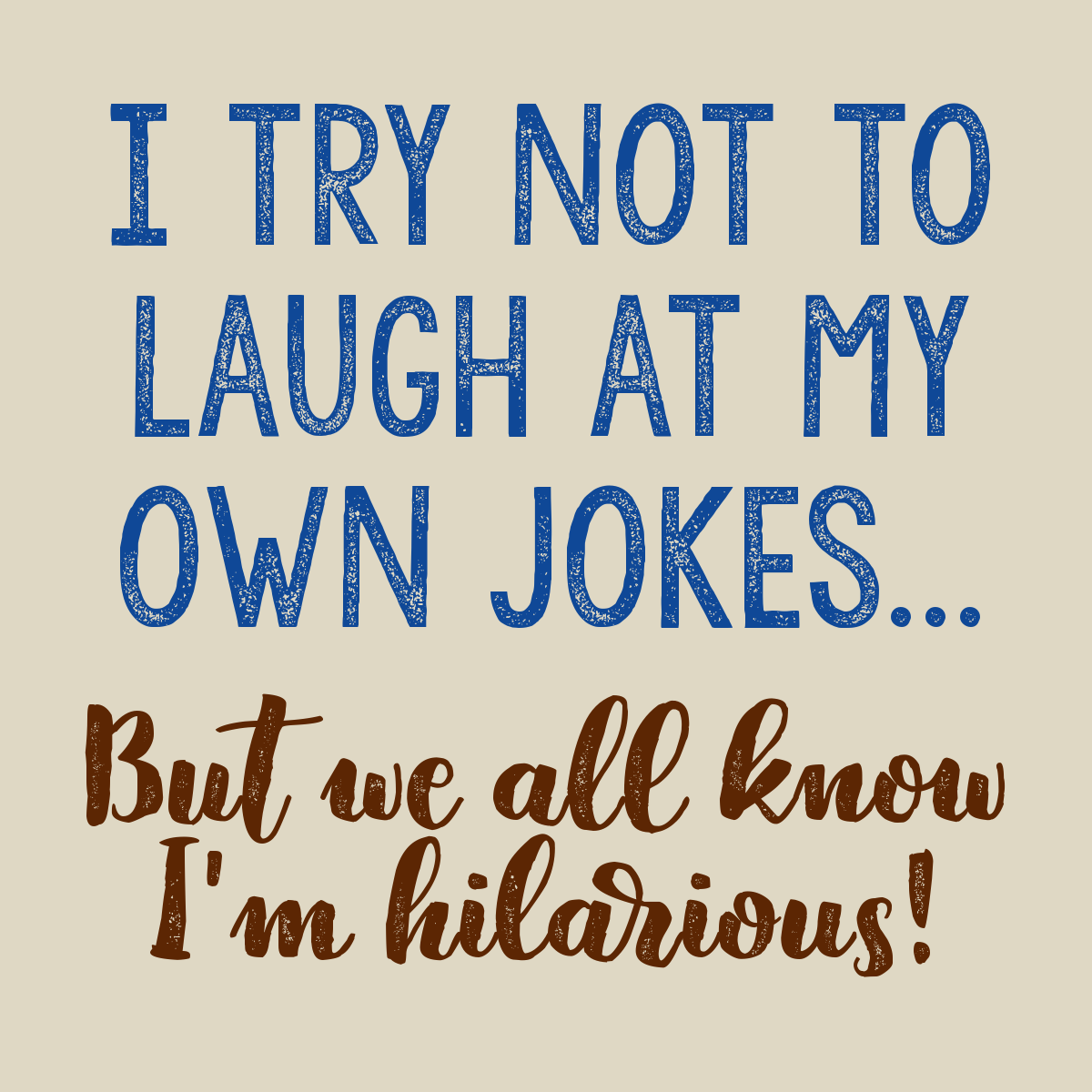 My wife said I ruined her birthday. I’m not sure how I did that, I didn’t even KNOW it was her birthday!

I went to the zoo and saw a baguette in a cage. The zookeeper said it was bread in captivity.

My wife said, “You weren’t even listening, were you?” And I thought, “that’s a pretty weird way to start a conversation.”

Last night I had a dream I was a muffler. I woke up exhausted.

Did you know the first French fries weren’t really cooked in France? They were cooked in Grease! (Greece)

Did you hear about the kidnapping at school? He woke up.

I used to be addicted to the hokey pokey, but I turned myself around.

A slice of apple pie costs $2.50 in Jamaica and $3.00 in the Bahamas. These are the pie rates of the Caribbean.

A man is washing his car with his son. The son asks, “Can’t you just use a sponge?”

I needed a password eight characters long, so I picked Snow White and the Seven Dwarfs.

A man found a magic lamp with a genie that offered him three wishes. The man said, “For my first wish, I’d like to be rich.” “Okay, Rich,” said the genie. “What would you like for your second wish?”

When my wife told me to stop impersonating a flamingo, I had to put my foot down…

I was wondering why this frisbee kept looking bigger and bigger. Then it hit me.

Five out of four people admit they’re bad at fractions.

Within minutes the detectives knew what the murder weapon was. It was a brief case.

Did you hear about the restaurant on the moon? Great food, no atmosphere…

This ham sandwich walks into a bar and orders a drink. The bartender says, “Sorry, we don’t serve food here.” 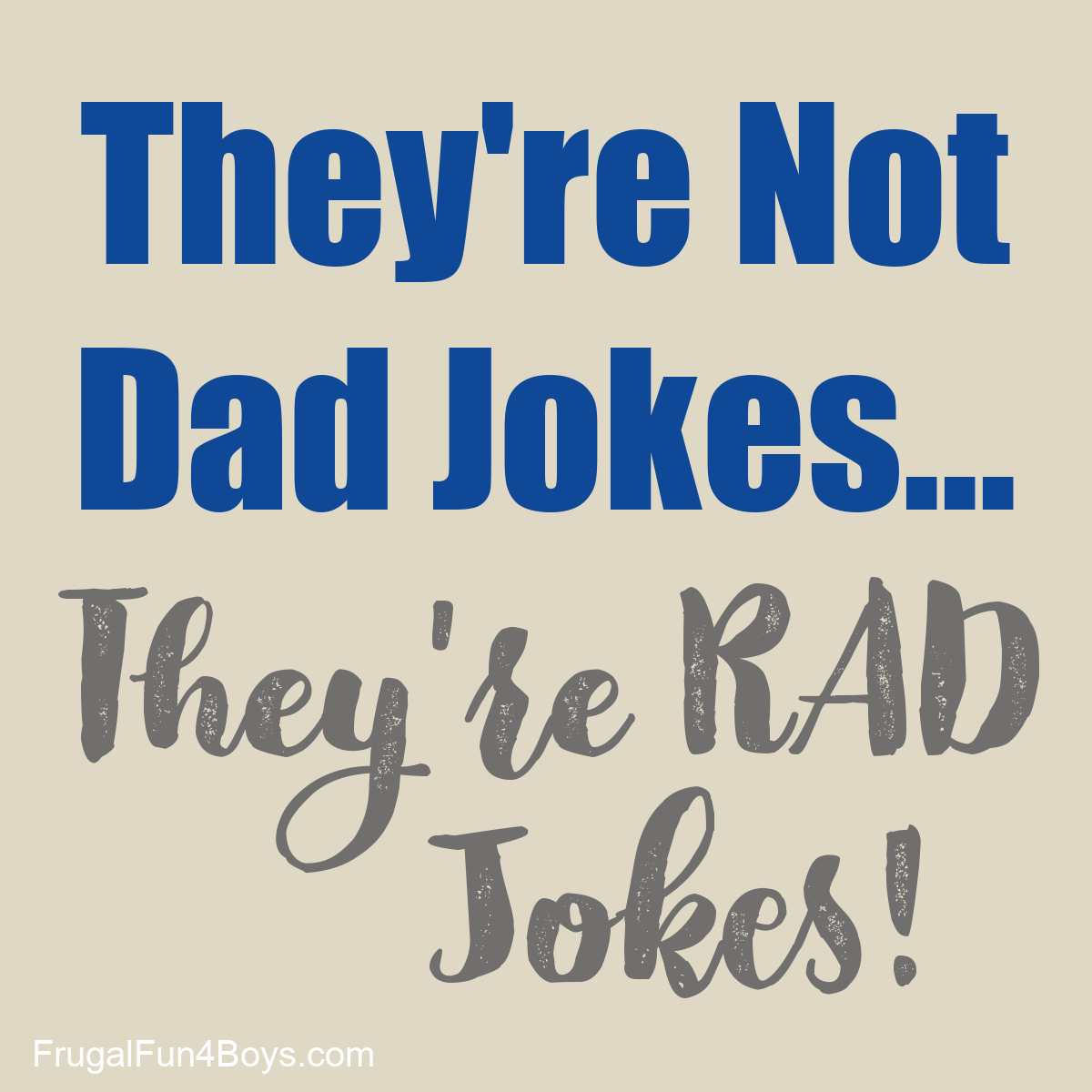 What do you call a fish with two knees? A tuna (two-knee) fish!

What do you call a man with a rubber toe? Roberto.

What does a house wear? Address! (A dress)

When is a car not a car? When it turns into a driveway!

What happens when frogs park illegally? They get toad.

Why are pediatricians always so angry? Because they have little patients.

Where do you learn to make ice cream? At sundae school!

What kind of magazines do cows read? Cattlelogs!

Why did the scarecrow win an award? Because he was outstanding in his field!

How do you fix a pumpkin with a hole in it? With a pumpkin patch!

How do you spell “candy” with just two letters? C and Y.

What sort of room has no windows or doors? A mushroom!

Why don’t crabs give to charity? Because they are shellfish!

Why do melons have weddings? Because they cantaloupe.

What do you call a dinosaur with an extensive vocabulary? A thesaurus.

How can you tell an alligator from a crocodile? By paying attention to whether the animal will see you later, or after a while.

What days are the strongest? Saturday and Sunday. The rest are week (weak) days!

What’s the leading cause of dry skin? Towels.

Why do cows have bells? Because their horns don’t work.

What do you call a cow with no legs? Ground beef! 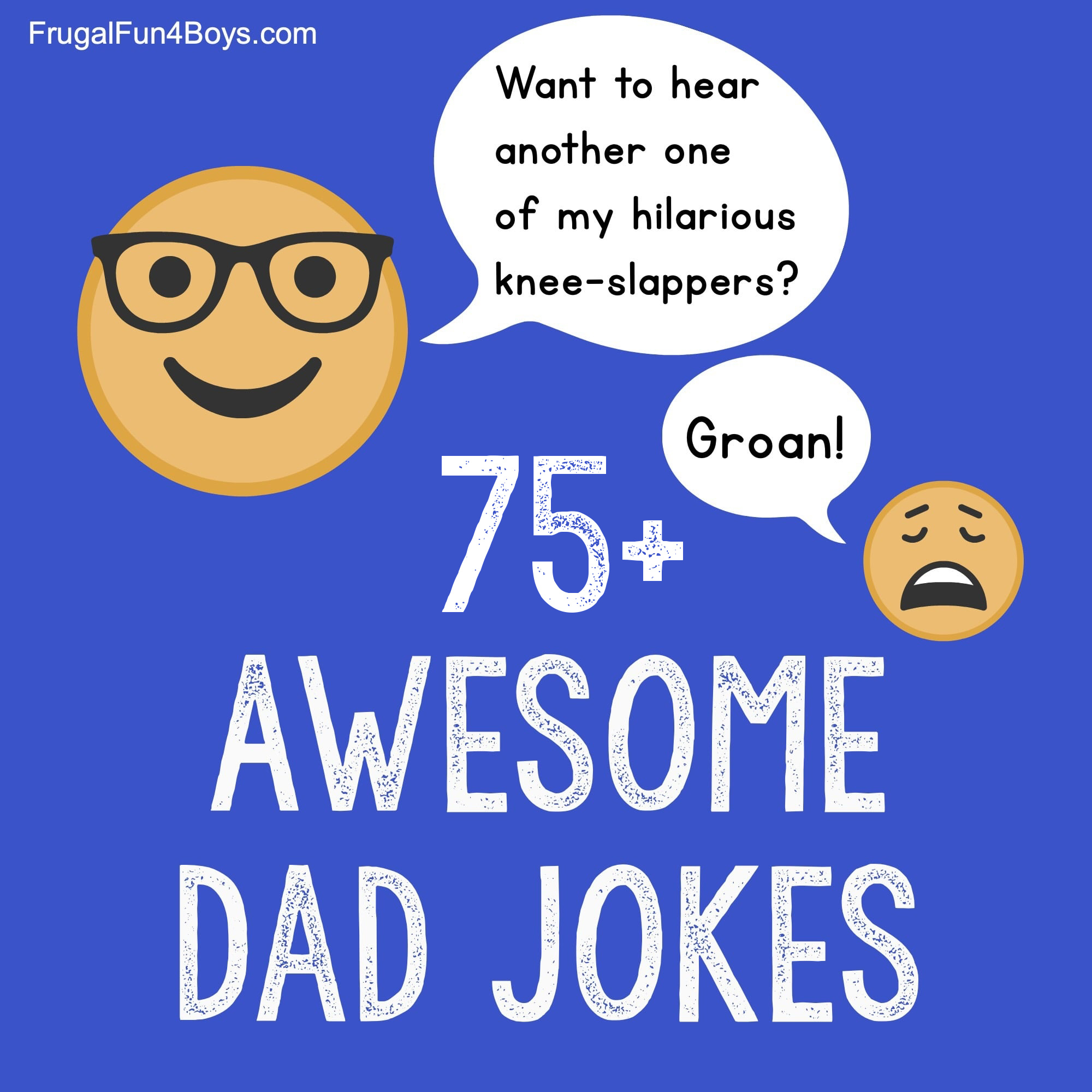 Why does a chicken coop only have two doors? Because if it had four doors it would be a chicken sedan!

What’s the difference between an African elephant and an Indian elephant? About 5,000 miles.

What do you call a pig that does karate? A pork chop!

How many apples grow on a tree? All of them.

Why can’t you eat Wookie meat? Because it’s too chewy…

What do you call a pencil with two erasers? Pointless!

What do you call a factory that makes okay products. A satisfactory.

What do you call a fake noodle? An impasta.

What’s orange and sounds like a parrot? A carrot.

What did the shy pebble wish for? That he was a little boulder.

What did the grape do when he got stepped on? He let out a little whine.

Why do you never see elephants hiding in trees? Because they’re so good at it!

What do you call a bear that is missing his ears? B.

What’s a skeleton’s favorite dish at a BBQ? Ribs!

What did the proton say to the electron? Stop being so negative all the time!

What is heavy forward but not backward? A ton.

What has one horn and gives milk? A milk truck.

What do you call a can opener that doesn’t work? A can’t opener!

What did the evil chicken lay? Deviled eggs. 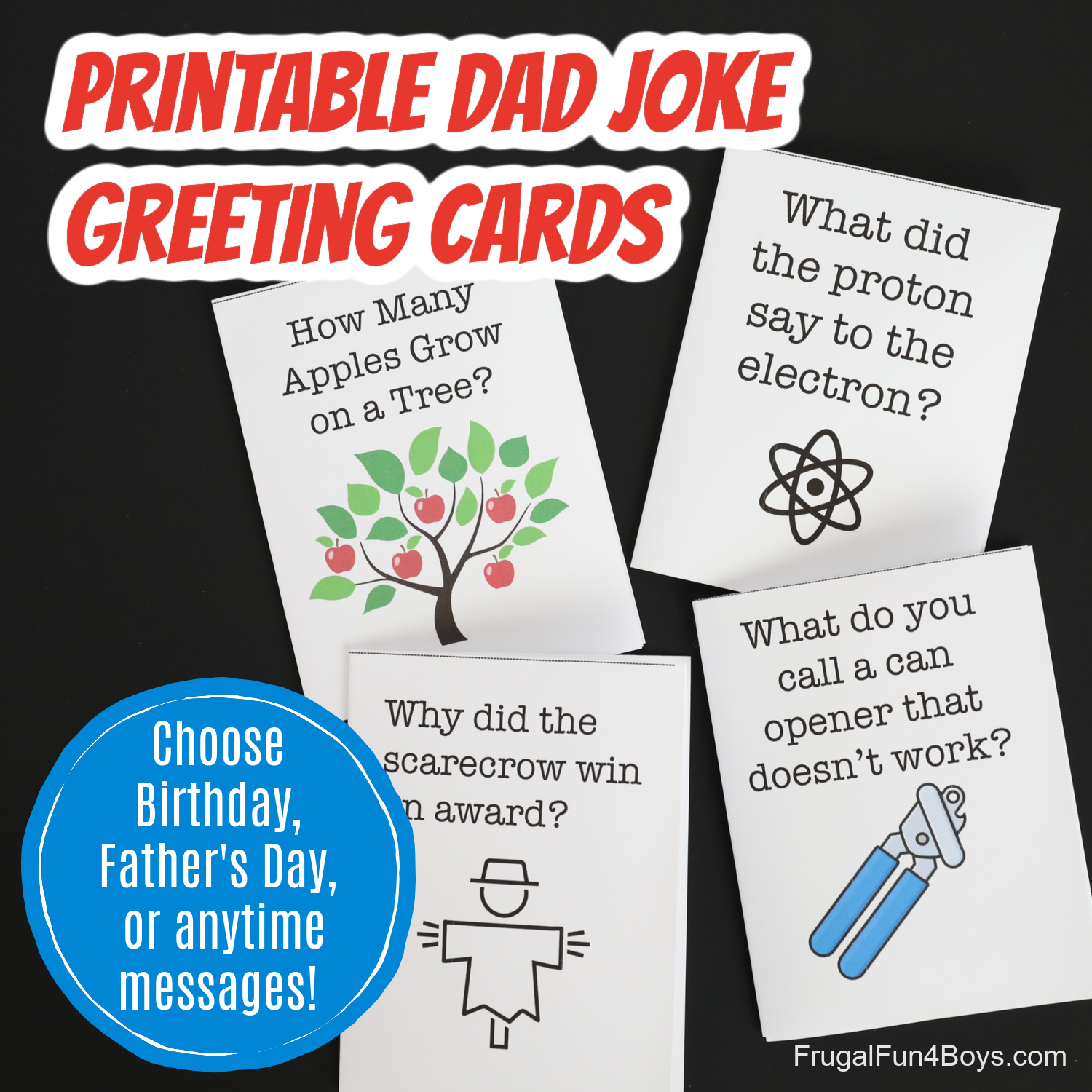 We also have a great collection of Knock, Knock Jokes for Kids.