We are having so much fun being a part of LEGO® week hosted by Toddler Approved!

LEGO® Race lanes for cars – Release all the cars at once!

The boys have been into Hot Wheels cars for quite a while, and it seems like every day they are designing some new ramp for racing their cars. We thought it would be fun to build race lanes out of LEGO®s, and we thought it would be really cool to find a way to release all the cars at once.

We used a Thomas the Tank Engine train table board as a surface for our race lanes. We attached the Lego lanes to the board with sticky tack (poster putty). 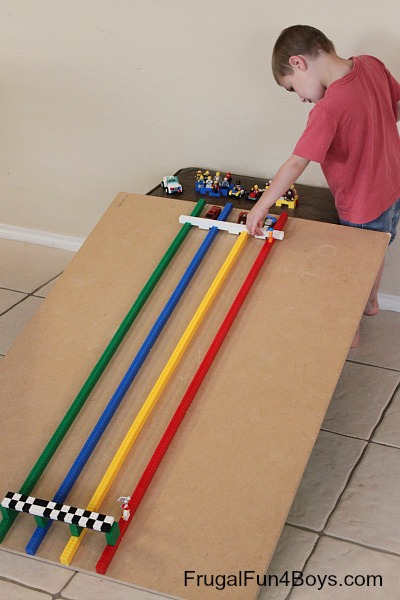 Lift up the white bar, and the cars go racing down the track! 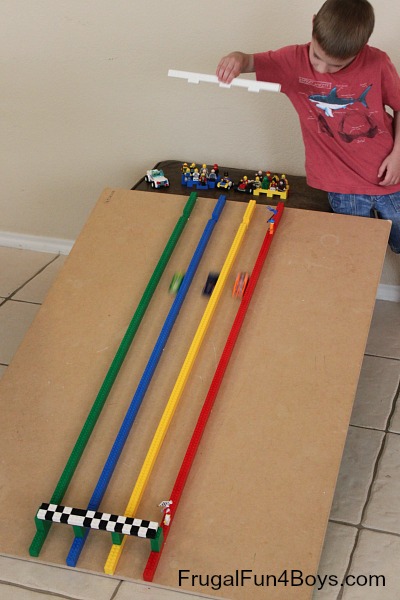 Here’s a close-up of how the car release works: 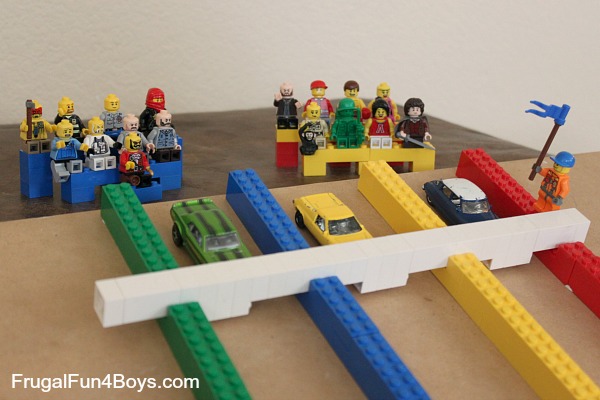 Each race lane has a notch left open in it for the white bar to sit on. Aidan built the white bar vertically and then laid it on its side, so it does not stick to the bricks in the lanes at all. He used white 2 x 2 bricks and 2 x 3 bricks. 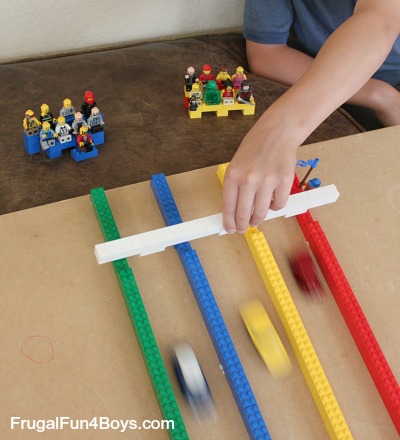 We built a finish line by making a pattern of black and white bricks on top of several flat pieces. 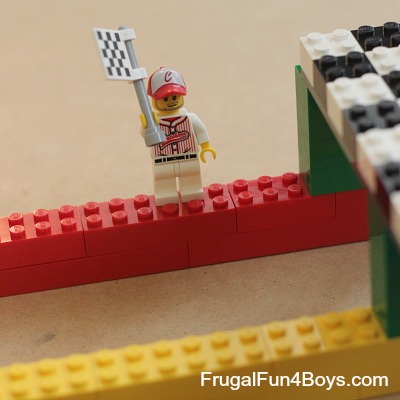 Be sue to check out the rest of the LEGO Week play and learning ideas!