After we built our jump for hot wheels cars out of a diaper box, my husband had the idea to use the same basic design to make a homemade skee ball game! Aidan (turning 10 this month) thought that was a great idea. Over the July 4th weekend, they worked together to turn a computer box into this awesome skee ball game! We used marbles for the balls. 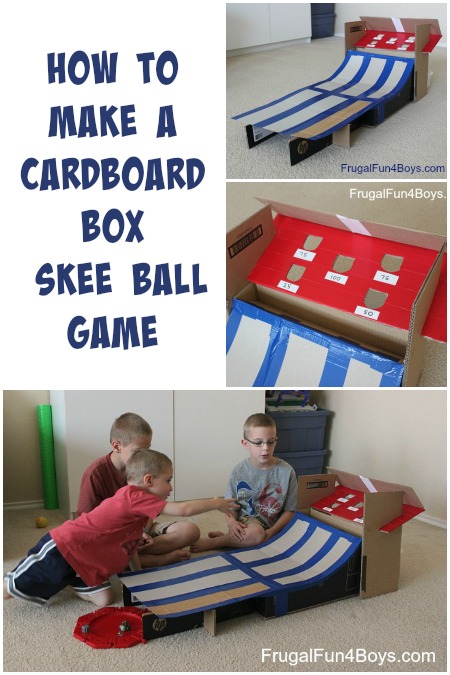 To make one you will need:

The guys started by cutting the ramp shape out of the computer box. They used cereal box cardboard for the ramp. 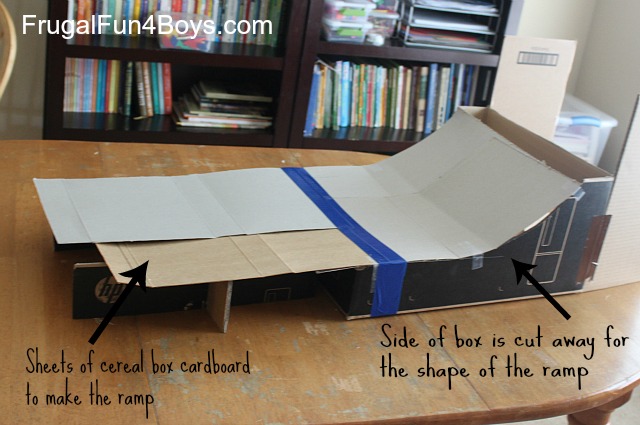 The computer box didn’t create a long enough ramp space by itself, so they made some cardboard supports and extended the ramp. 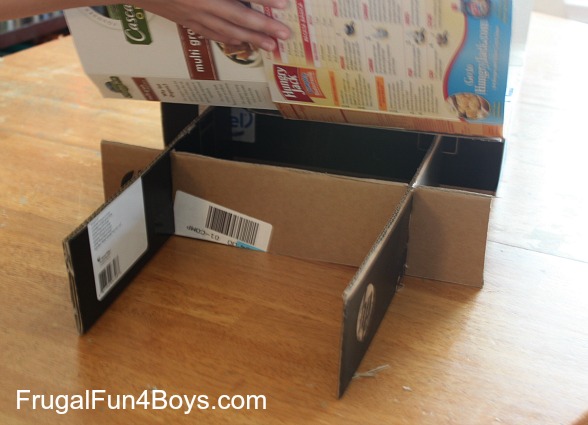 Aidan came up for the design for the backboard/goal/whatever you want to call it! At first, we were planning to use paper towel rolls to make it like real skee ball, and Jordan started by cutting holes in the cardboard with a utility knife. However, the paper towel rolls ended up being too difficult to aim for, and we wanted this game to be fun for the whole family – even our 4 year old. So we ended up just going with holes in the goal area. 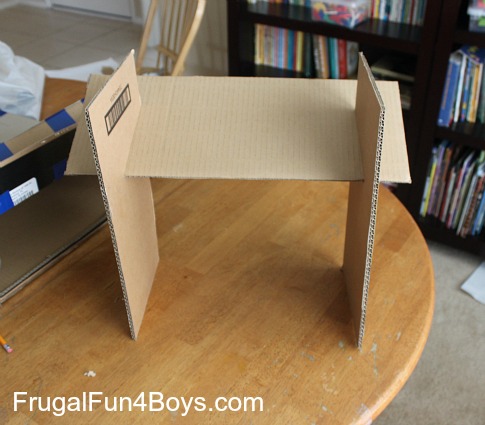 The finished product! The marbles “jump” off the top of the ramp, just like real skee ball!

The goal area is not attached to the ramp – it is just sitting there overlapping with the computer box. We decided to leave it as two pieces because it is easier to store that way. 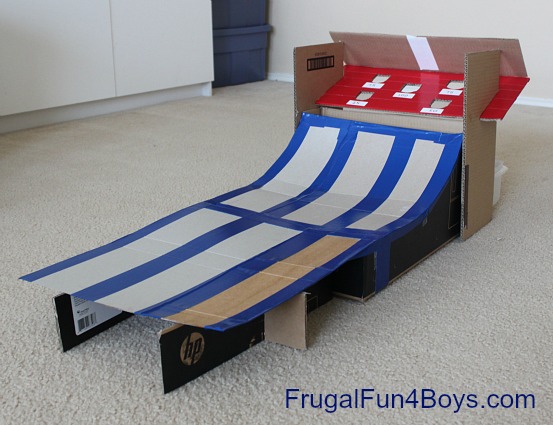 Jordan added a piece of cardboard between the edge of the jump and the side of the computer box to make a place for “misses” to land. We thought it would be too complicated to make the marbles roll back to the start, but this works really well! He also covered the goal area with red duct tape, and we added points to the goals. We also taped a piece of cardboard to the back of the game to keep stray marbles contained. 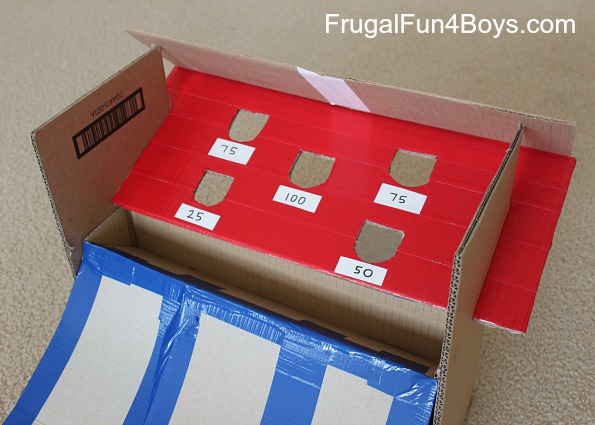 We put a plastic container under the game to catch the marbles. 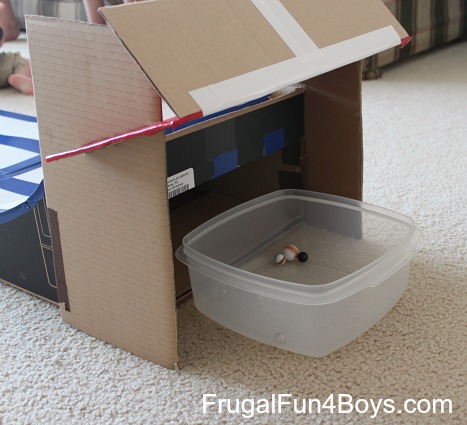 We have all enjoyed playing with our homemade skee ball game! It’s interesting enough for big kids but easy enough for preschoolers. 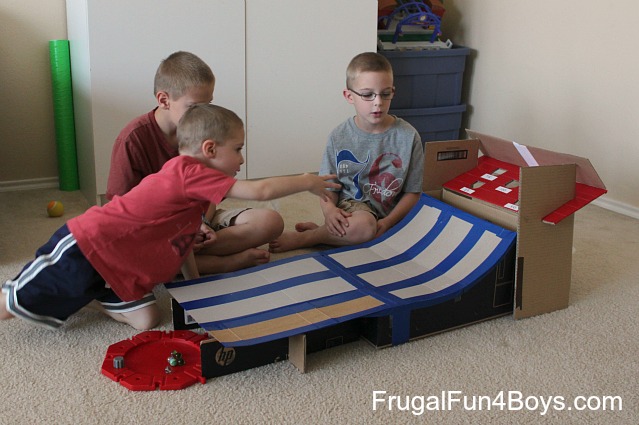 Check out our skee ball game in action!