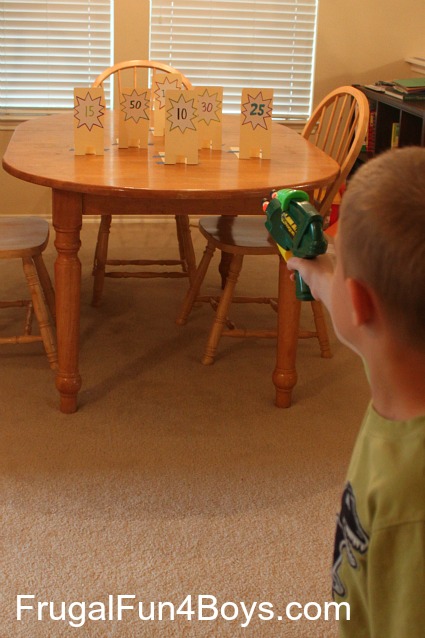 The boys loved it, and the best part was that my 6 year old has been getting in some good addition practice while totaling up his score! We’ve been doing two shots per boy per turn, and then they add up their points for that round. One day, my husband even kept a score sheet for them with a running total of their points! (If you want kids to practice adding, all you need is a game with points and a little competition. Very motivating, and more fun than flashcards!) 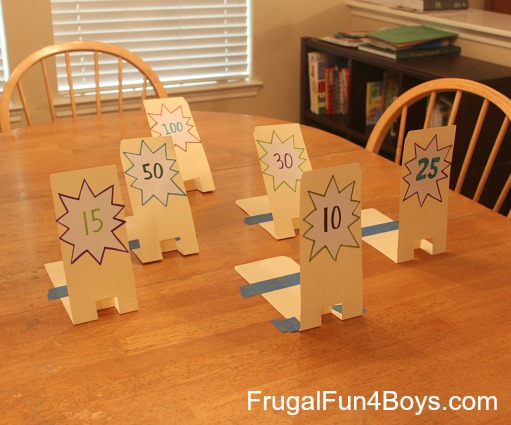 In order to make the file folders stand up, I made two cuts in each one and folded that section back the opposite way. If you make the folded section good and wide, it will stand up better.

They make great targets because they flop down when hit, but then pop back up! (After a lot of play, I did have to fold them the opposite way a little to make them stand straight again, but it wasn’t a big deal.) 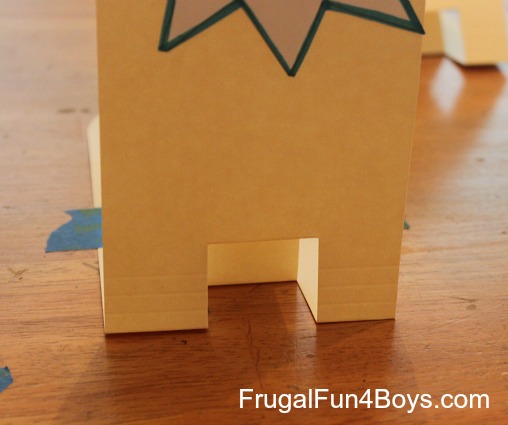 I used painter’s tape to attach the folders to the table so that they wouldn’t fly away when hit. When we were done, I peeled the tape off the table and folded it around the targets, and then we were able to re-use the game another day with a different arrangement of targets. Make sure you use painter’s tape that is designed to peel off without damaging the table surface! 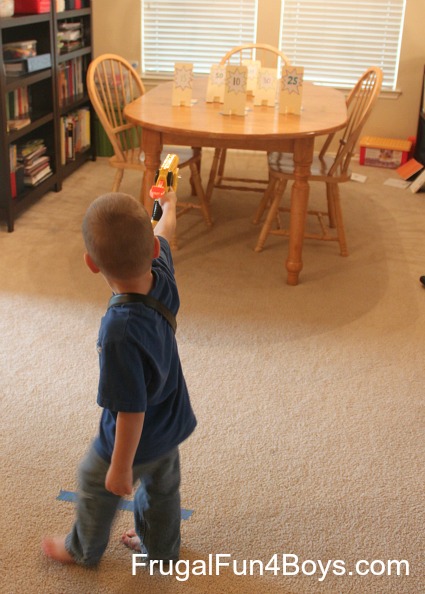 Where we live, it will soon be too hot to play outside! 🙁 If you’re in that boat, here are some more ways to still enjoy some active play indoors:

Ten Ways to Burn Off Energy (Without Tearing Down the House)