We have had SO much winter this year, and it’s not over yet! In an effort to embrace the winter weather (rather than complain about it which is what I really want to do), I made some white playdough for making snowmen. Owen had a great time making snowmen for our Snowman Jars, but with those, he really couldn’t make the snowman over and over like he wanted to. Playdough is better than Model Magic for re-shaping.

(If you need a playdough recipe, I put ours at the end of the post.)

I set out playdough, buttons, googly eyes, sticks, and felt (for making scarves and orange noses). 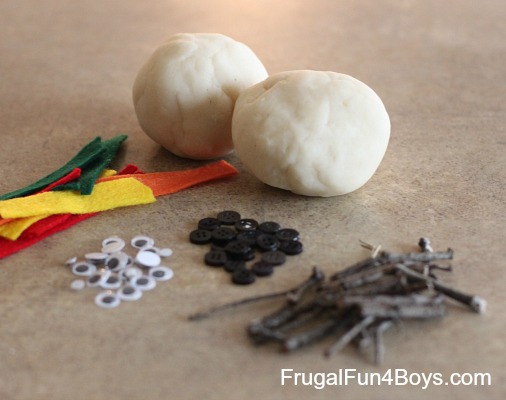 With four boys, I figured that we would probably end up with some strange and interesting snow creatures rather than classic snowmen, and I was right! We had one snowman… 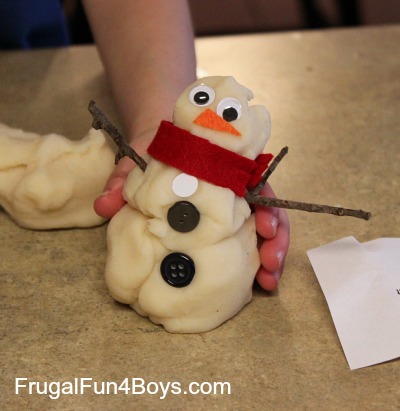 And then all sorts of snow creatures which they termed “snow goons,” a name inspired by Calvin and Hobbes. 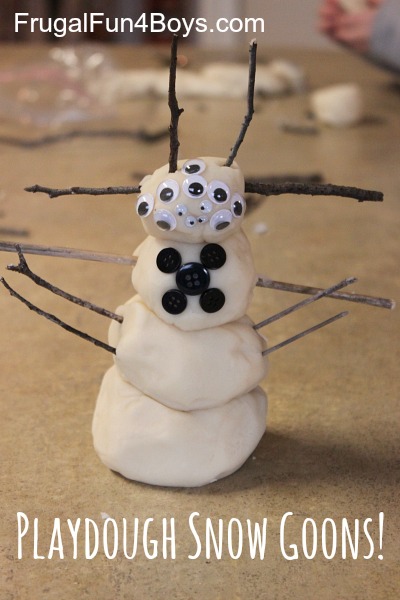 Who needs a scarf? The red felt looked more like a creature tongue to Owen. 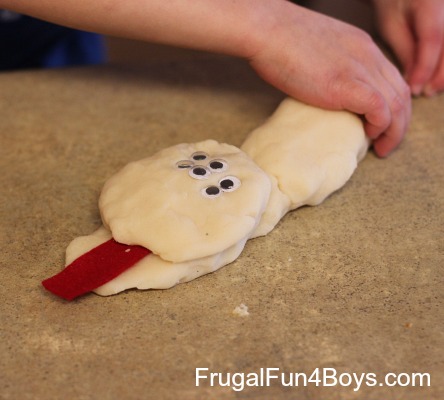 And it kind of grew from there! 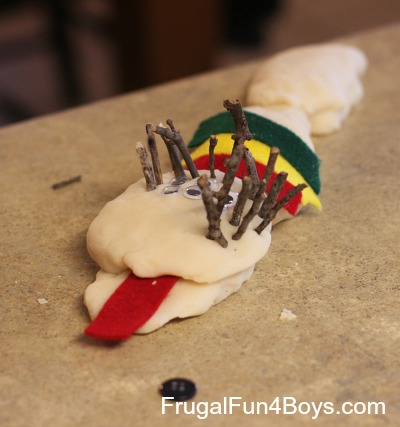 Gresham made all sorts of amazingly creative creatures with the sticks and buttons and many, many eyes! 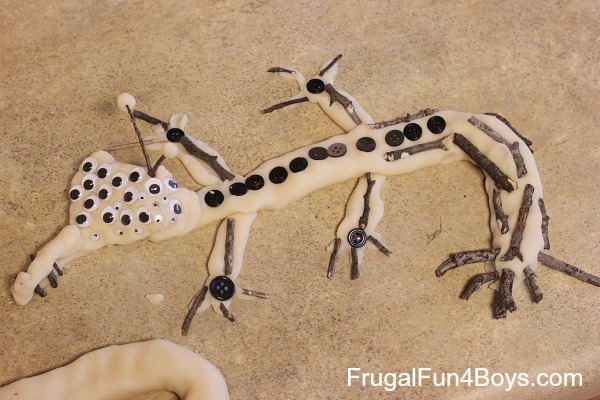 This one was my contribution to the fun: 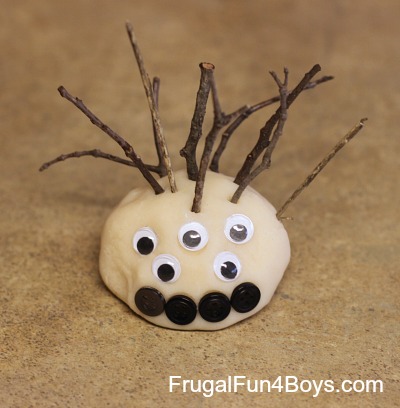 This activity really improved a dreary winter day! It’s always great to find something that all four of the boys can enjoy together.

Here is the playdough recipe that we used:

Mix the dry ingredients, then stir in the water and oil. Cook over medium heat. Keep stirring until it pulls away from the sides of the pan and looks like playdough. (This takes just a few minutes.) Let it cool and then knead well. If you want to add food coloring, add it after the playdough is cool.

We used unbleached flour, so our snow playdough was not very white. Bleached flour would look better.