Owen (4.5) and Jonathan (2) adore any type of sensory play. Pouring, scooping, digging – they love it all. We recently made a pegboard with funnels and tubes for pouring rice, and it has been an absolute hit! Aidan (age 10) helped me build it, and he commented that it was WAY cooler than he thought it would be. He and I both had a blast playing with it before the little boys saw it! 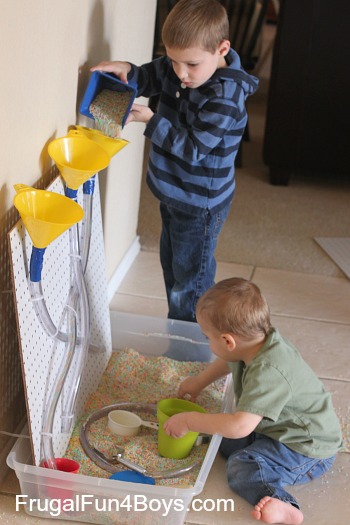 Here is what you need to build one: 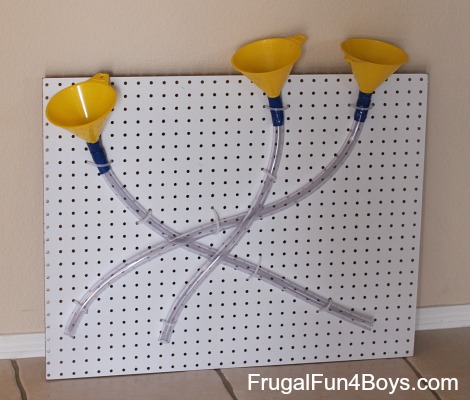 Step 1: Cut your vinyl tubing into the lengths you want.

Step 2: Attach the funnels to the vinyl tubing with duct tape. Our funnels did not fit down inside the tubing – they just sat on top, and I secured them with plenty of tape. I don’t think you would want them to fit inside the tubing, though, because that would mean that the funnel opening is too small. Unless you get the largest size of tubing. For us, the largest size was out because it was $17 instead of $7!

Step 3: Attach your tubes to the pegboard with cable ties. It’s a good idea to test the tubes by actually pouring rice down them before attaching them. We tested ours and still had to re-do one because it didn’t work quite right and the rice was getting stuck – not enough momentum to go down.

Here’s a close up of the construction: 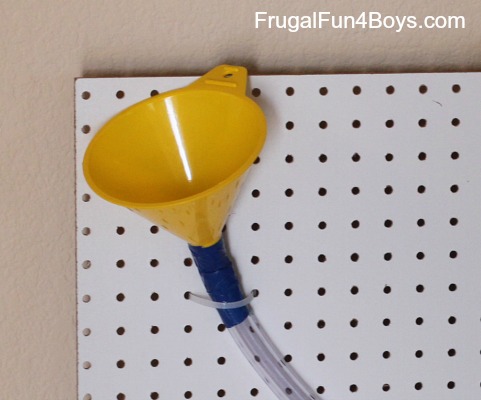 I decided to color our rice to make it easier to see in the tubes. If I had known how simple this was, I would have been coloring rice a long time ago! I used this tutorial on making colored rice from Learn with Play at Home. At first, I was going to do two colors, but Owen and I were having so much fun that we made the whole rainbow! (Well, minus yellow.) Our rice did not color as evenly as some I’ve seen on Pinterest, probably because it was the cheapest rice possible from Walmart, and we’ve been playing with it for over a year already. But I still think it turned out super pretty! 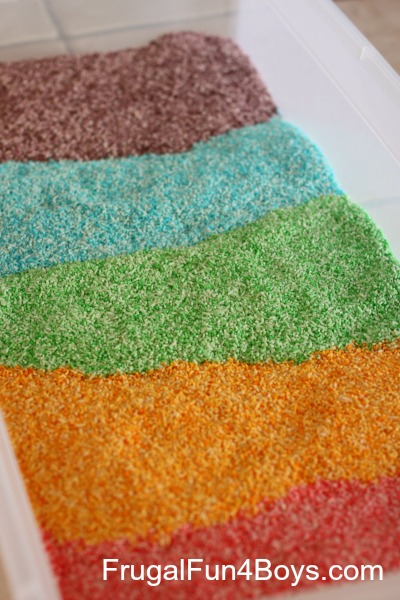 I set out the pegboard, the rice, and some tools for scooping and digging, and we were ready to play! 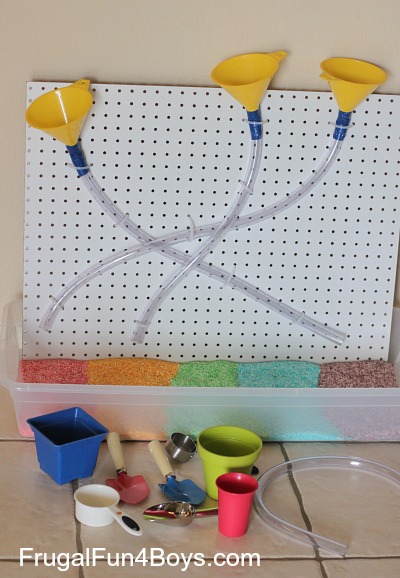 The boys enjoyed collecting the rice as it came out of the tubes. Owen and I had fun “sending” the same rice back and forth to each other. He would dump it in the funnel on his side, and I would catch it in a cup on my side. Then I would pour it in my funnel, and it would travel across the board and he would catch it on his side! 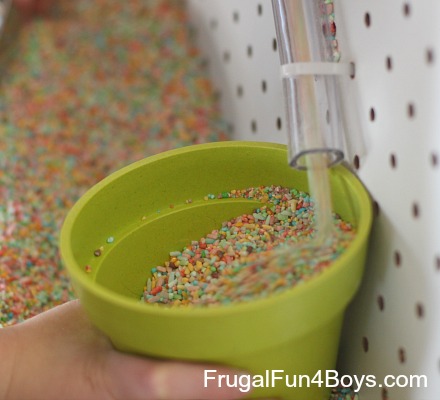 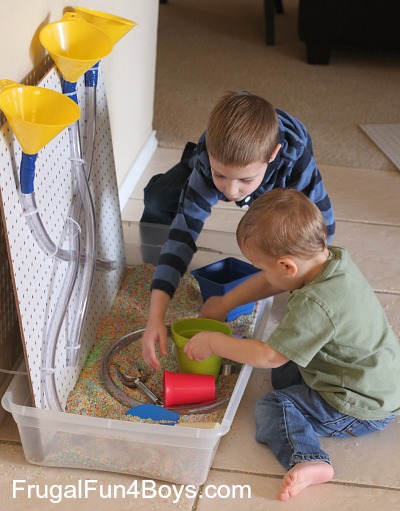 This activity held Jonathan’s interest for a good, long time, which made it totally worth it to sweep the spilled rice off the floor. He was busy practicing the skills of pouring, scooping with a spoon, and figuring out how to catch the rice as it came out of the tubes! 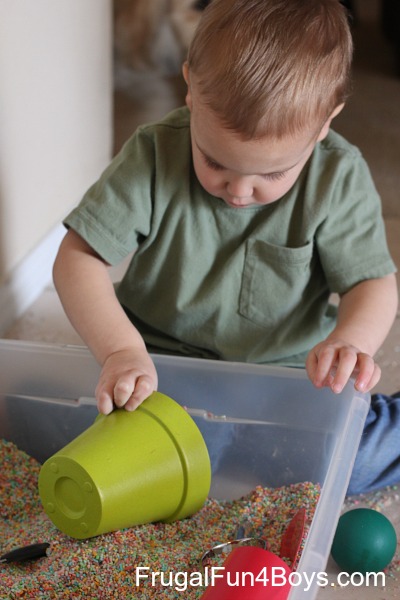 We can’t wait to try this out with water in the summer! The only thing is that I think the pegboard will get ruined if it’s sitting in water. So we won’t be able to collect and re-use the water very easily. I’ll have to give that some thought…