So on Force Friday, (the first Friday in September when a ton of new Star Wars merchandise was released in anticipation of the new movie – smart marketing, Disney…) we went to Target and found a whole Star Wars display! I don’t know what happened, but the hype overtook me and I ended up letting the boys each pick out a Star Wars toy. Aidan chose a Star Wars Nerf blaster. (It looks like this is sold out on Amazon right now, judging by the price. It should be $12.99.) Nerf and Star Wars together? What a fun idea!

Well, after that we needed some targets because we were all tired of him aiming the blaster at US! 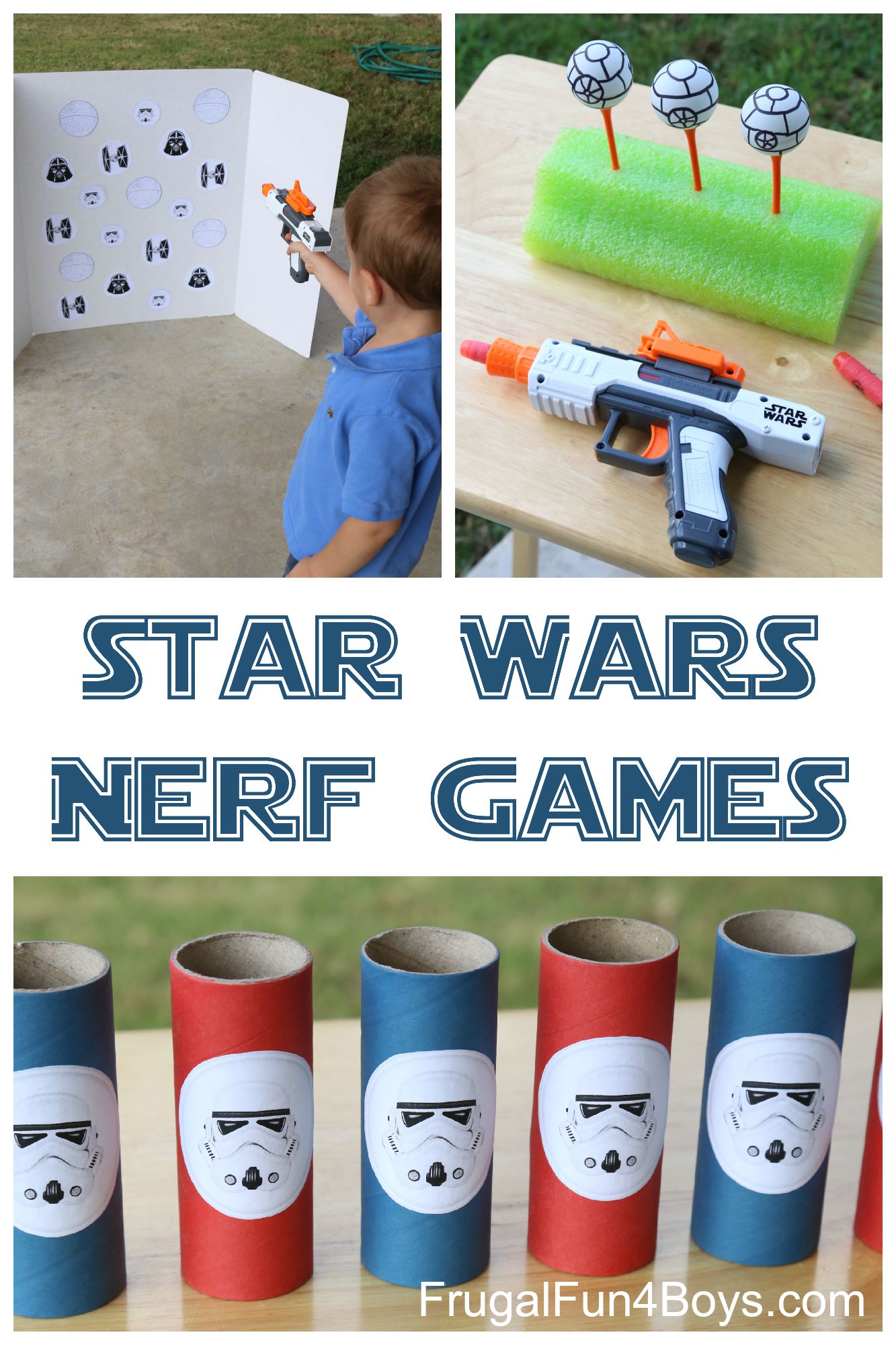 Here’s what we came up with!

These are so simple. We were out of paper towel and toilet paper rolls (I don’t know how that happened!) so I used some craft rolls that I had purchased at Hobby Lobby one time and never used. Toilet paper rolls are lighter and honestly would work better. I printed the Storm Trooper face from this post. 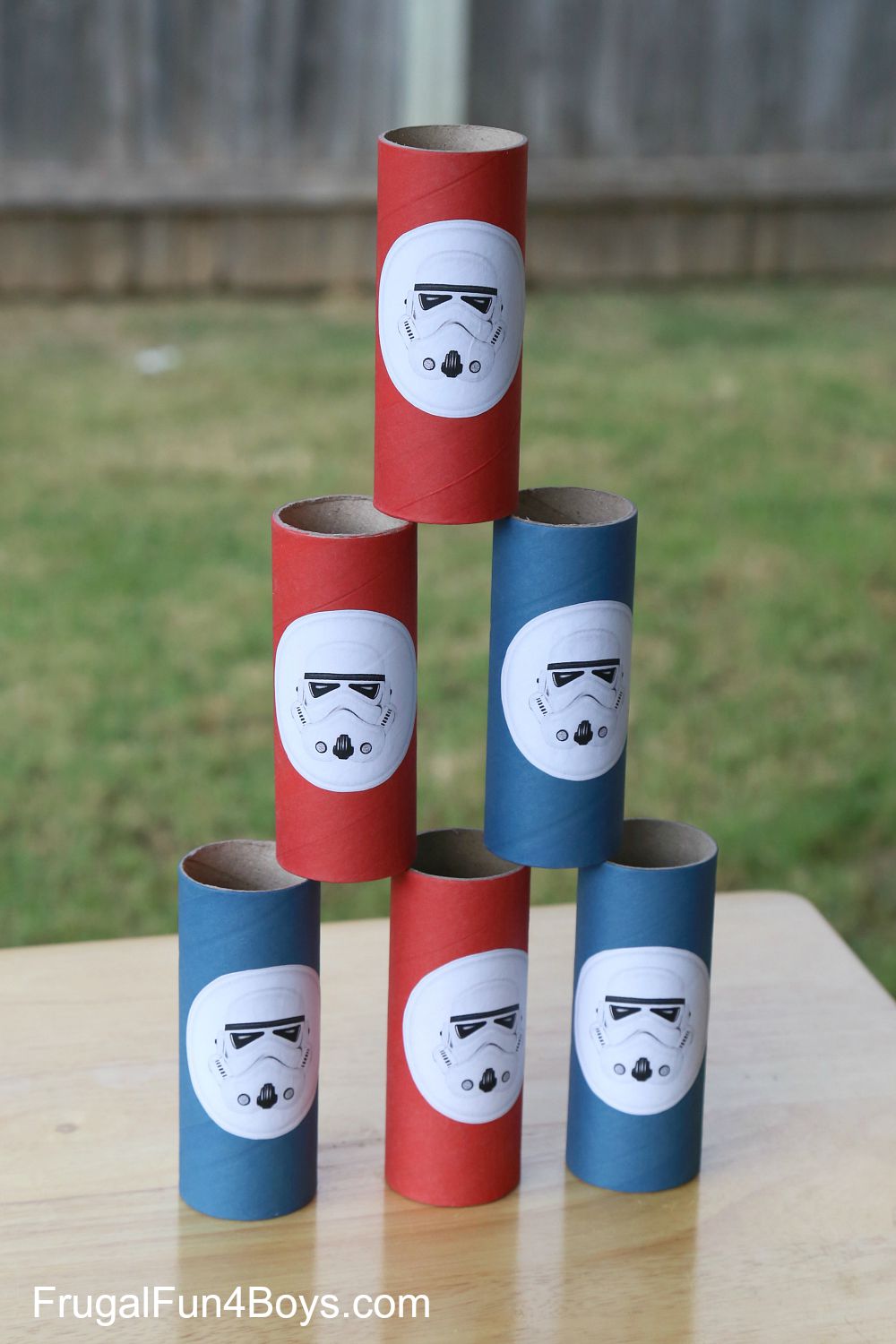 Stack them up, shoot, and repeat! 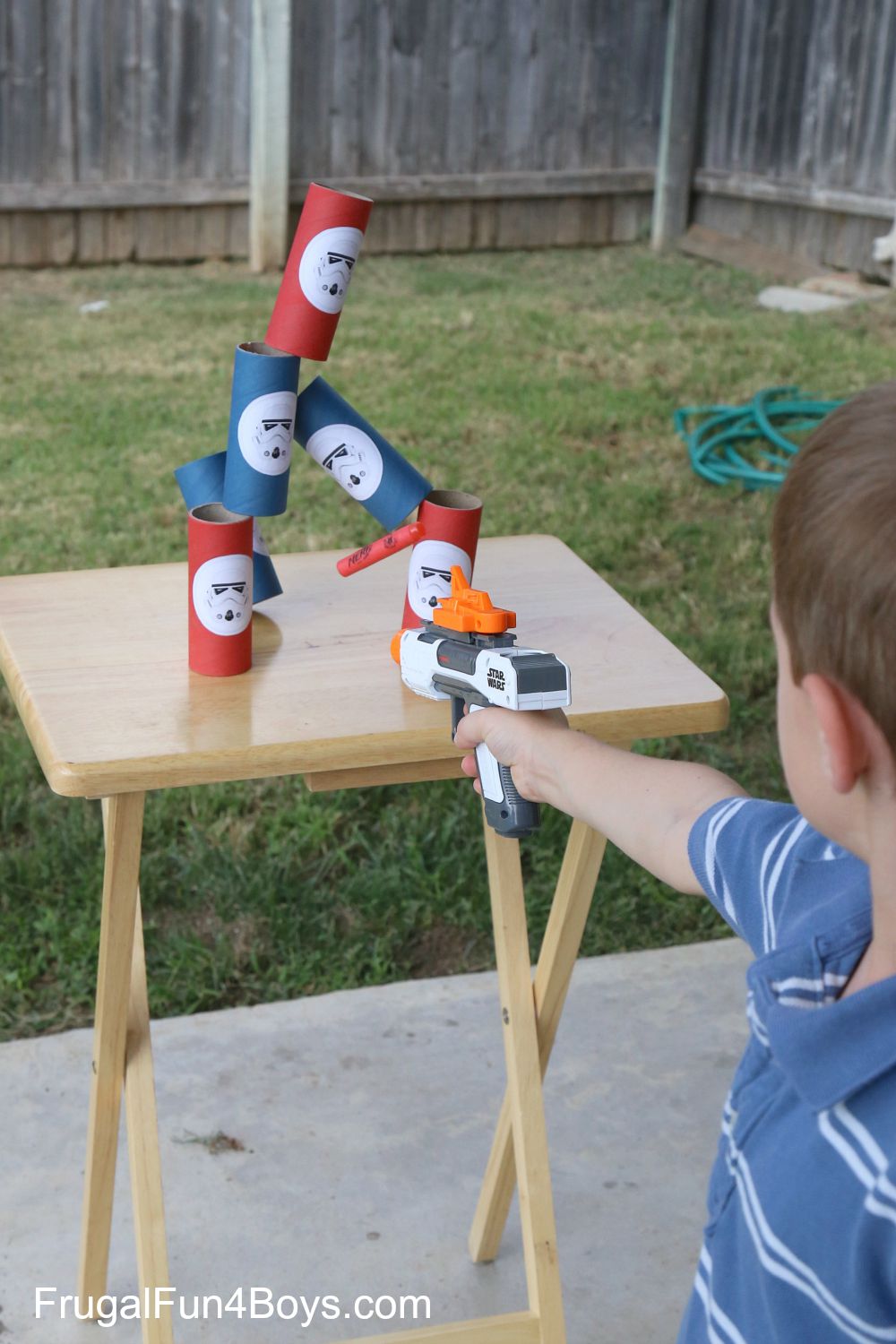 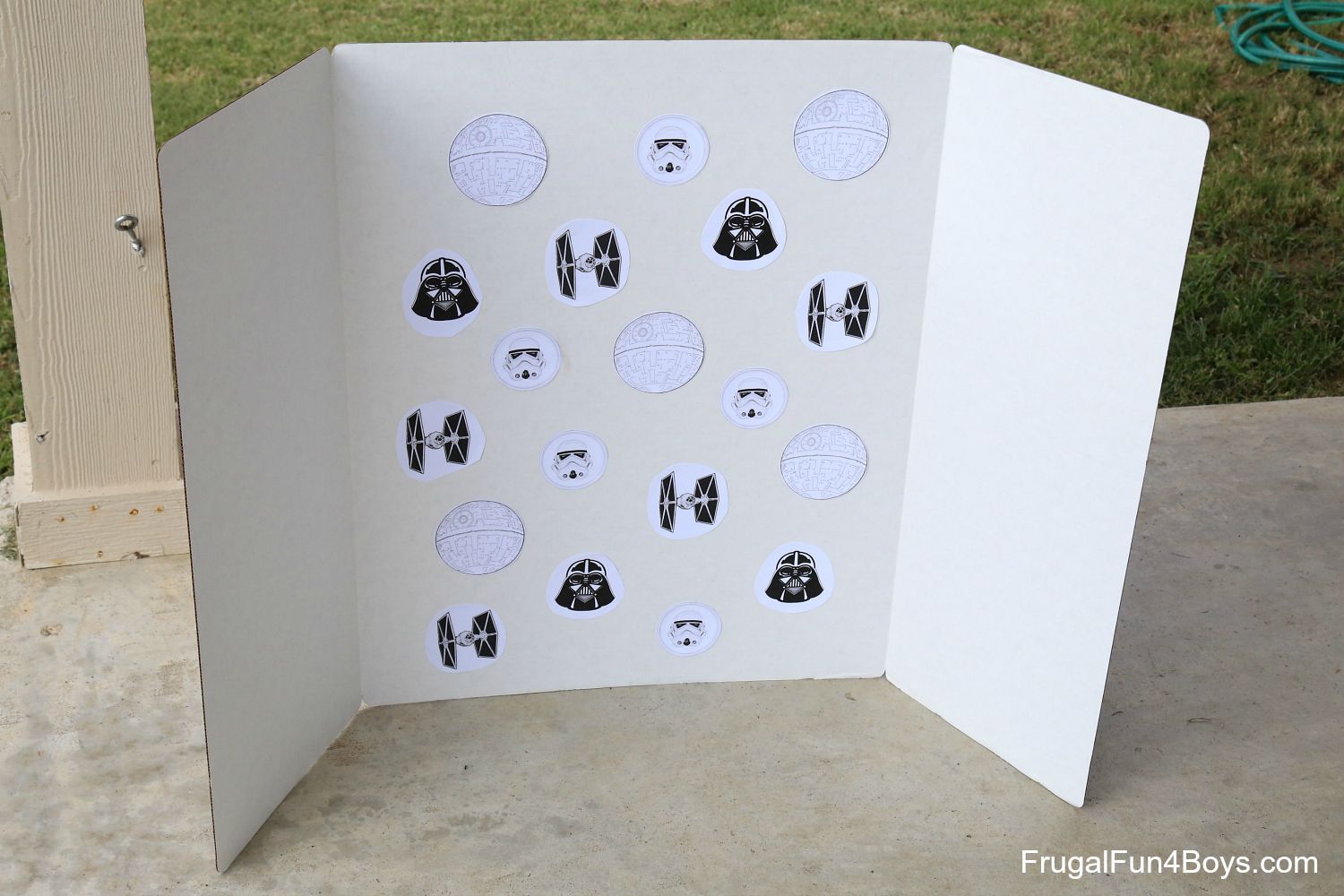 For this game, I searched for Star Wars images and printed Death Stars, TIE fighters, Darth Vaders, and Storm Troopers. The object of the game is to hit three of the same type of picture in a row (doesn’t have to be exactly the same location on the board, though). 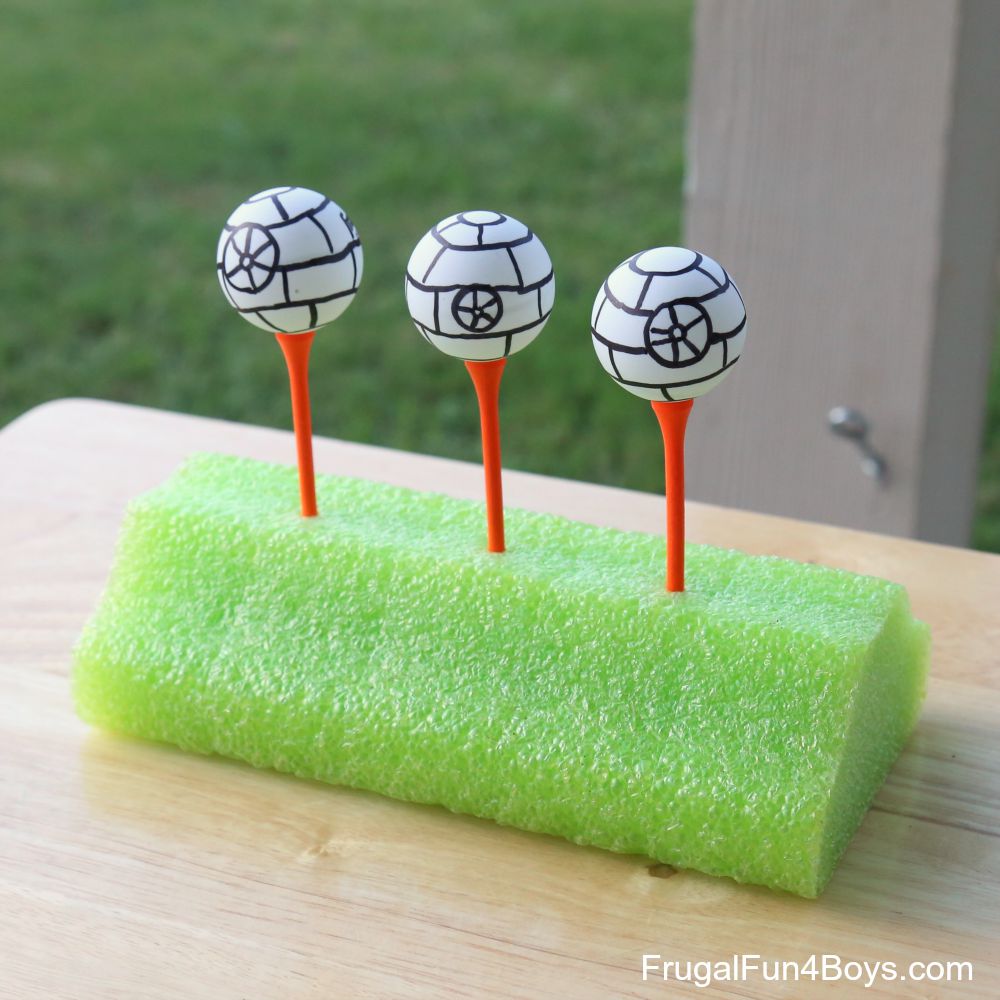 These targets were my favorite! 🙂 I drew Death Star designs on ping pong balls with a Sharpie. Then I stuck some golf tees into pieces of foam (left over from a fruit display at a party – it’s the same foam as pool noodles) and balanced the ping pong balls on top.

Then the boys fired away! 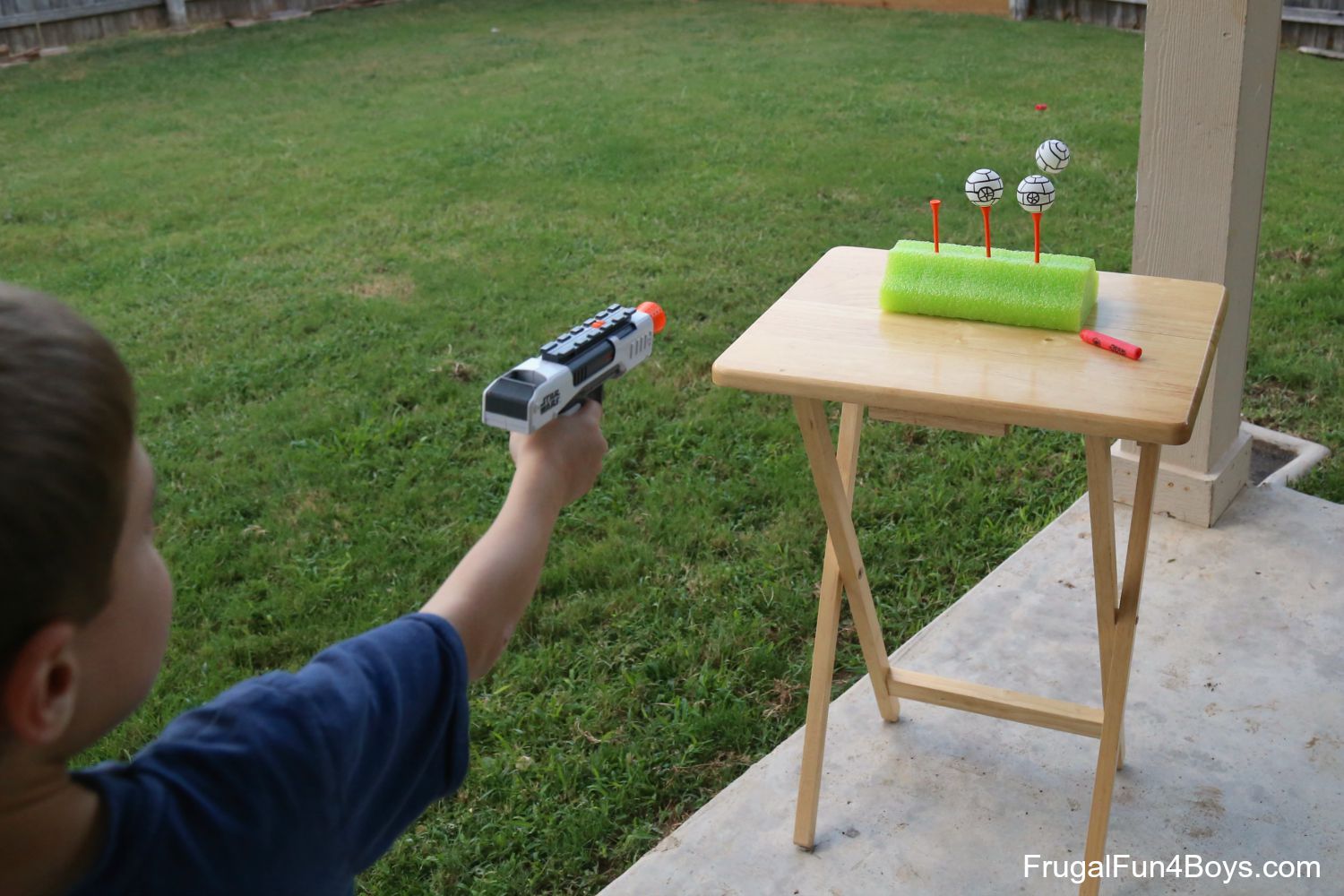 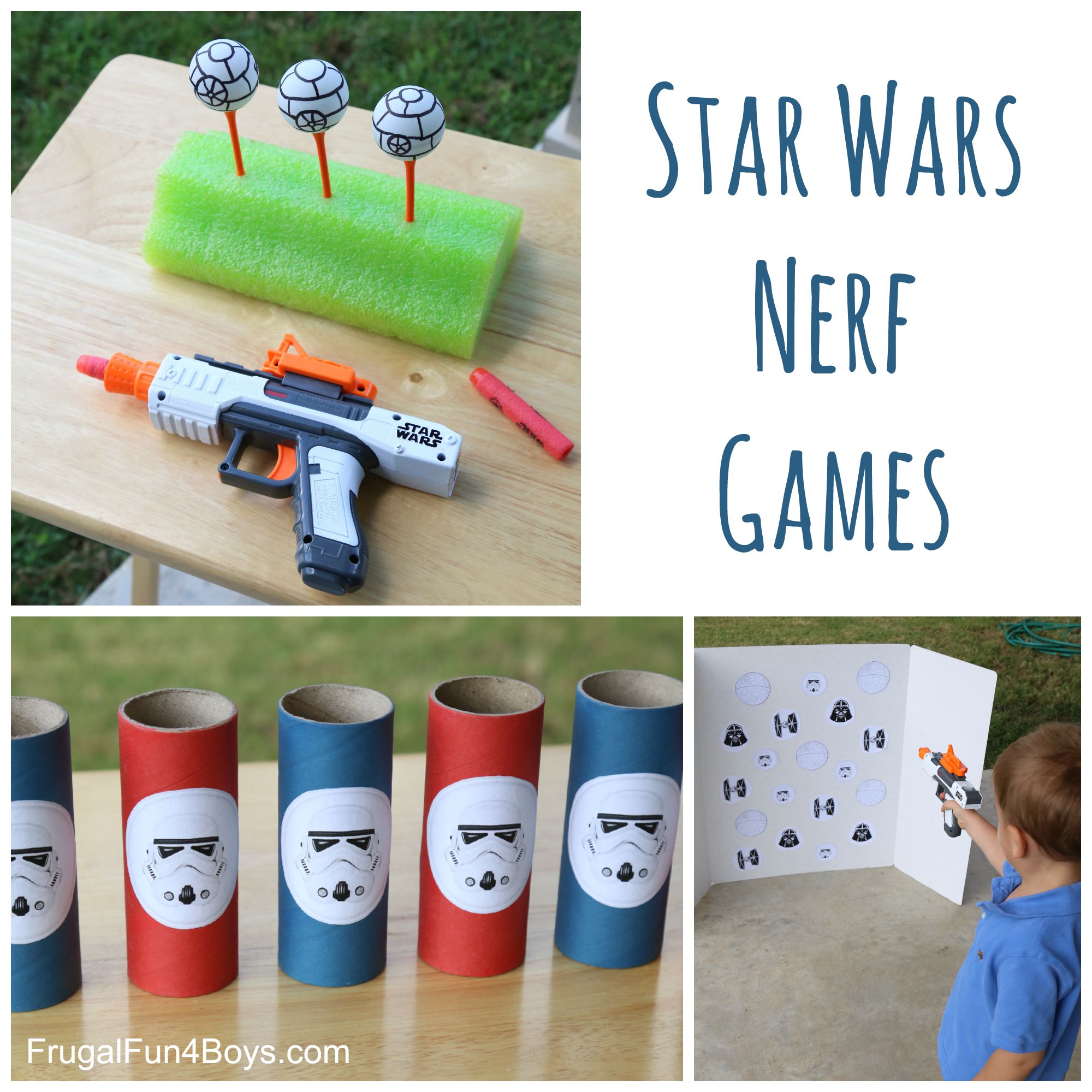