LEGO® Building Challenge: Build something that will launch a ping pong ball! 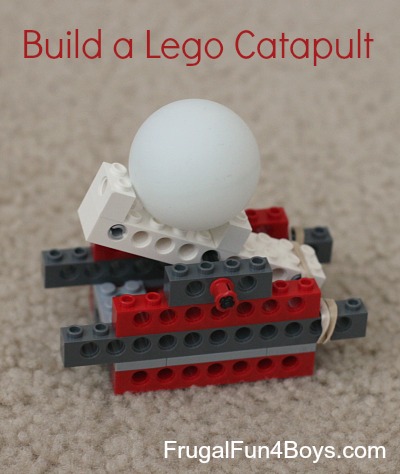 For those of you who enjoy participating in our LEGO® Fun Friday building challenges, I apologize that we have not done any in a very long time! Unfortunately, I have hit the third trimester of pregnancy and really can’t commit to anything too structured. But I will try to share new LEGO® challenges with you whenever I can!

Last week the boys were passing around two different viruses, and while everyone was on the mend we needed some “school” projects that would keep the boys constructively occupied. They were feeling too good for endless movies, but not good enough to tackle diagramming sentences or working math problems. We had fun building some LEGO® catapults!

Aidan designed this catapult himself. All of the parts came from the LEGO® Klutz book set called Crazy Action Contraptions. We bought this book for Aidan’s 10th birthday, and he loves it. I highly recommend it for the child who enjoys engineering type toys! It comes with 105 LEGO® parts and a book with 16 projects to build. Kids can make things like a rubber band powered car, an extendable arm, and a device that holds a pen and draws.

To build the catapult, you will these (or similar) pieces: 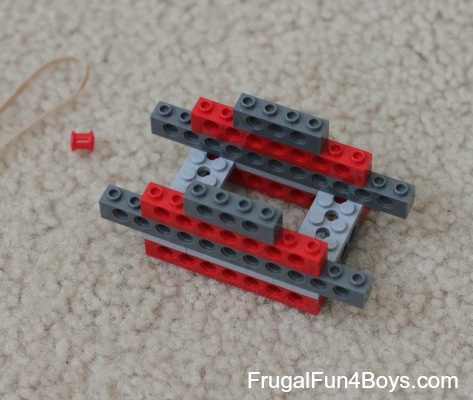 Slide the grooved rod through the holes in the top bricks, and hold them on with the red pieces. (The book calls them red bushings.) 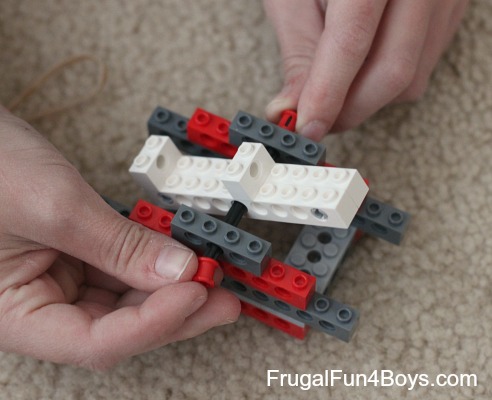 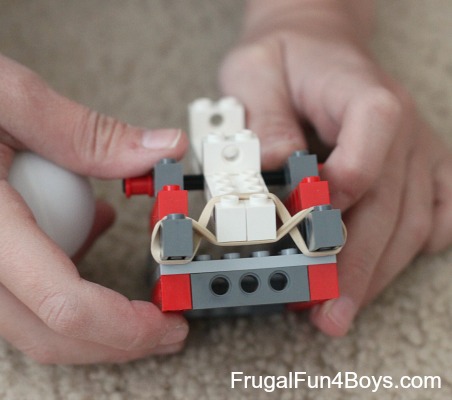 The finished catapult has a good amount of torque and shoots really well! 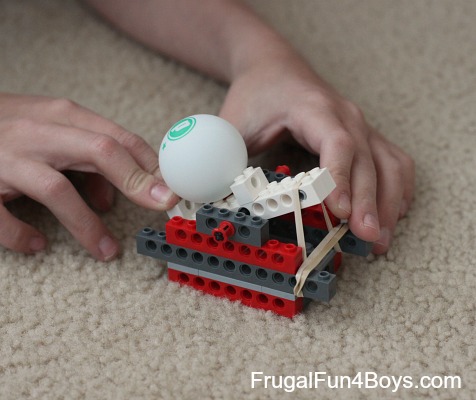 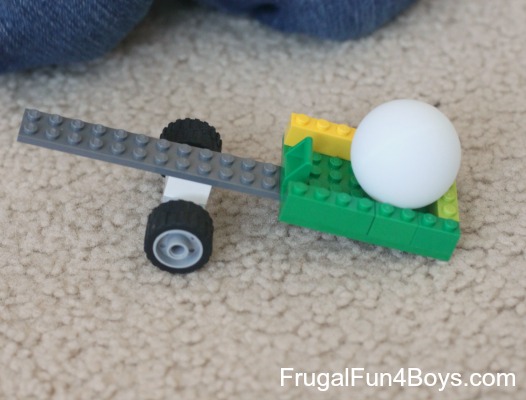 We experimented to find the best position along the gray flat piece for the fulcrum (the wheels) so that the ping pong ball would get the most power. What a great way to learn!