Planning a Nerf birthday party? Or just need something for the kids to do? We’ve got you covered! At our house, we have lots of boys who love Nerf guns. But with four of them running around, it can get quite annoying when they constantly shoot each other (and then complain and tattle) or shoot ME! Or break things! Thankfully, there are so many fun target games that you can make using materials from around the house, and creating the game becomes half the fun. Here are several awesome ideas for Nerf targets to make.

These stick bombs are held together by tension, and then they fly apart when you hit them with a Nerf dart! You can see how to make them here: STICK BOMBS 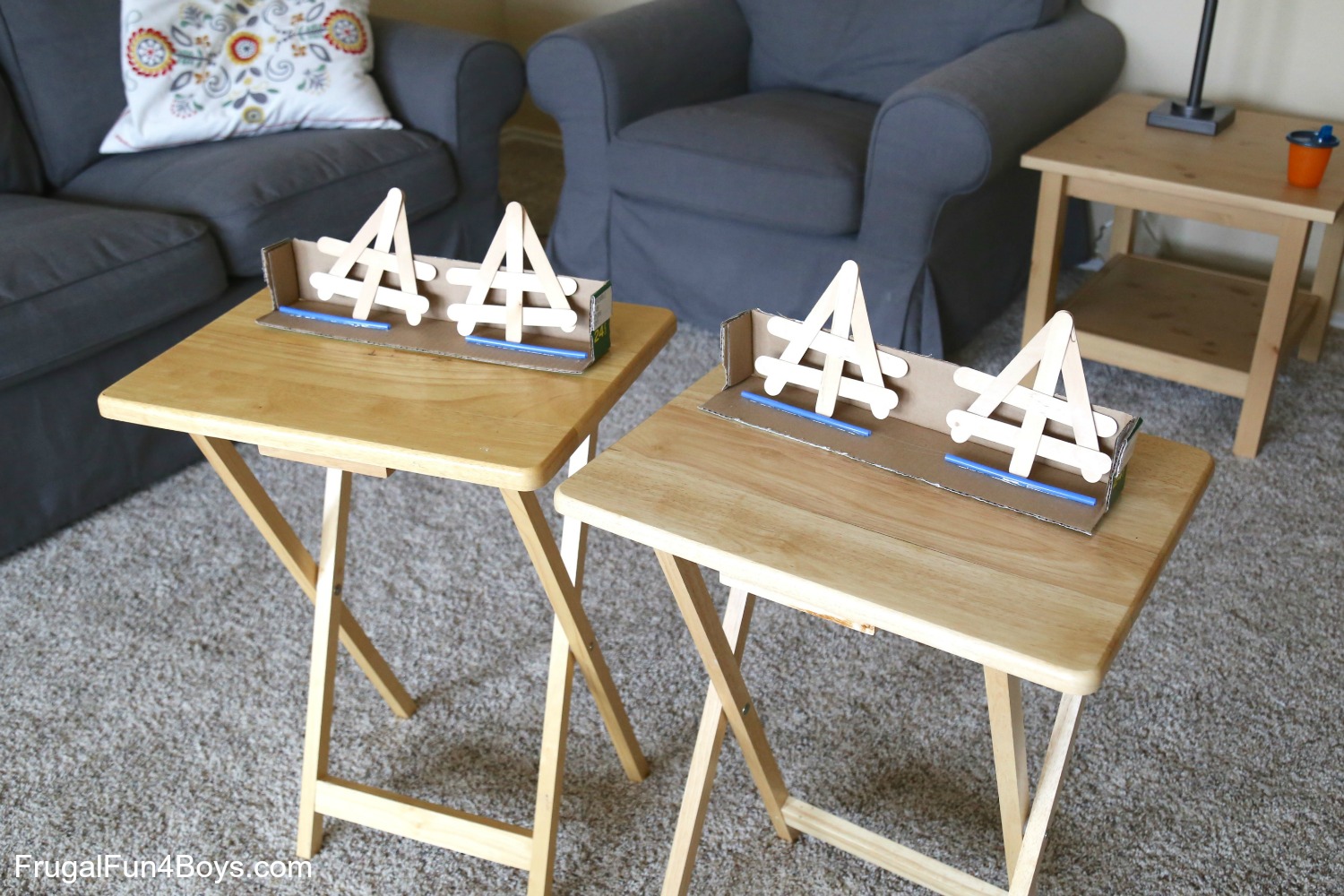 We used a cardboard box to make little stands for them. The blue things are straws that we glued down to keep the stick bombs from sliding. 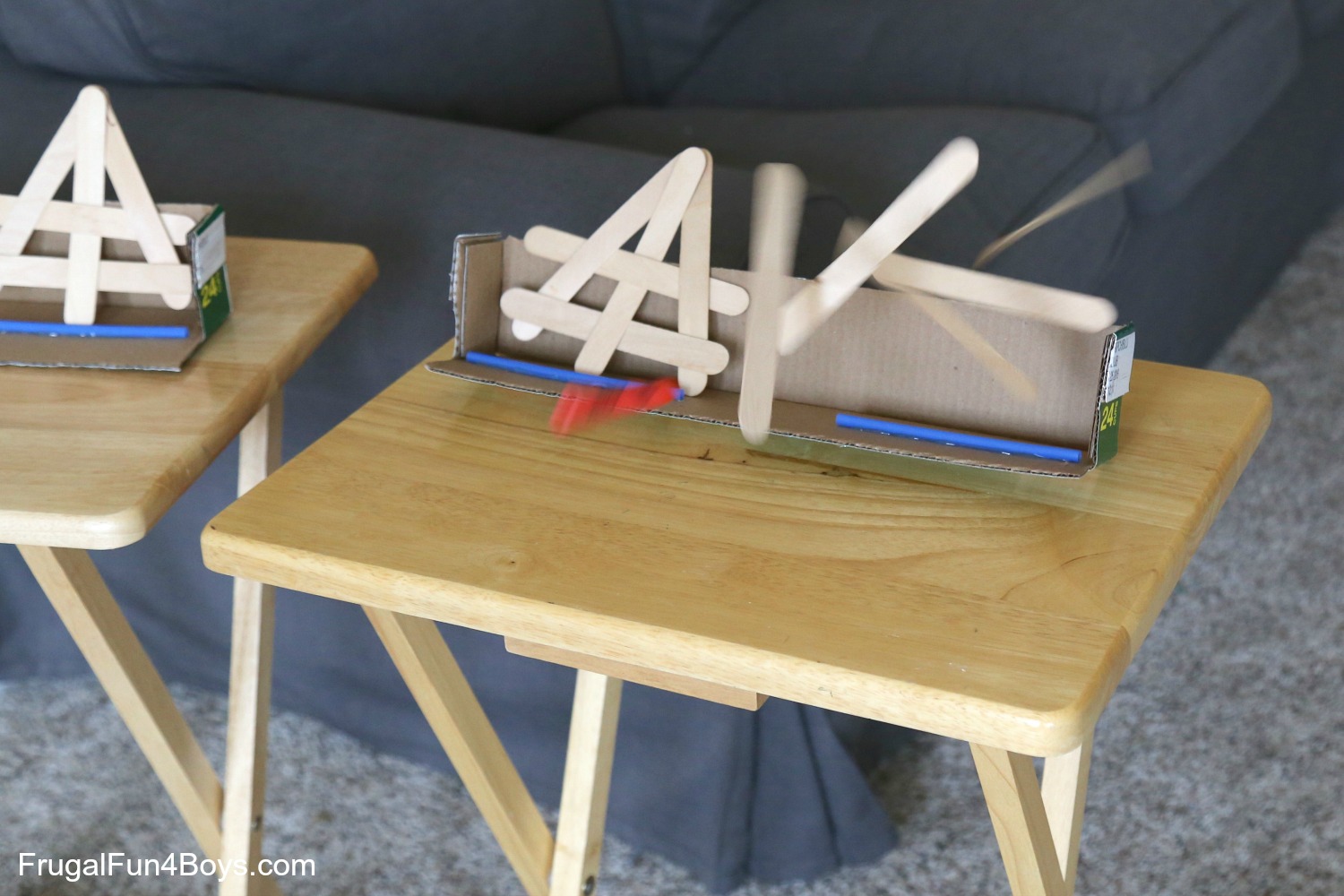 They’re fun to shoot from behind too. 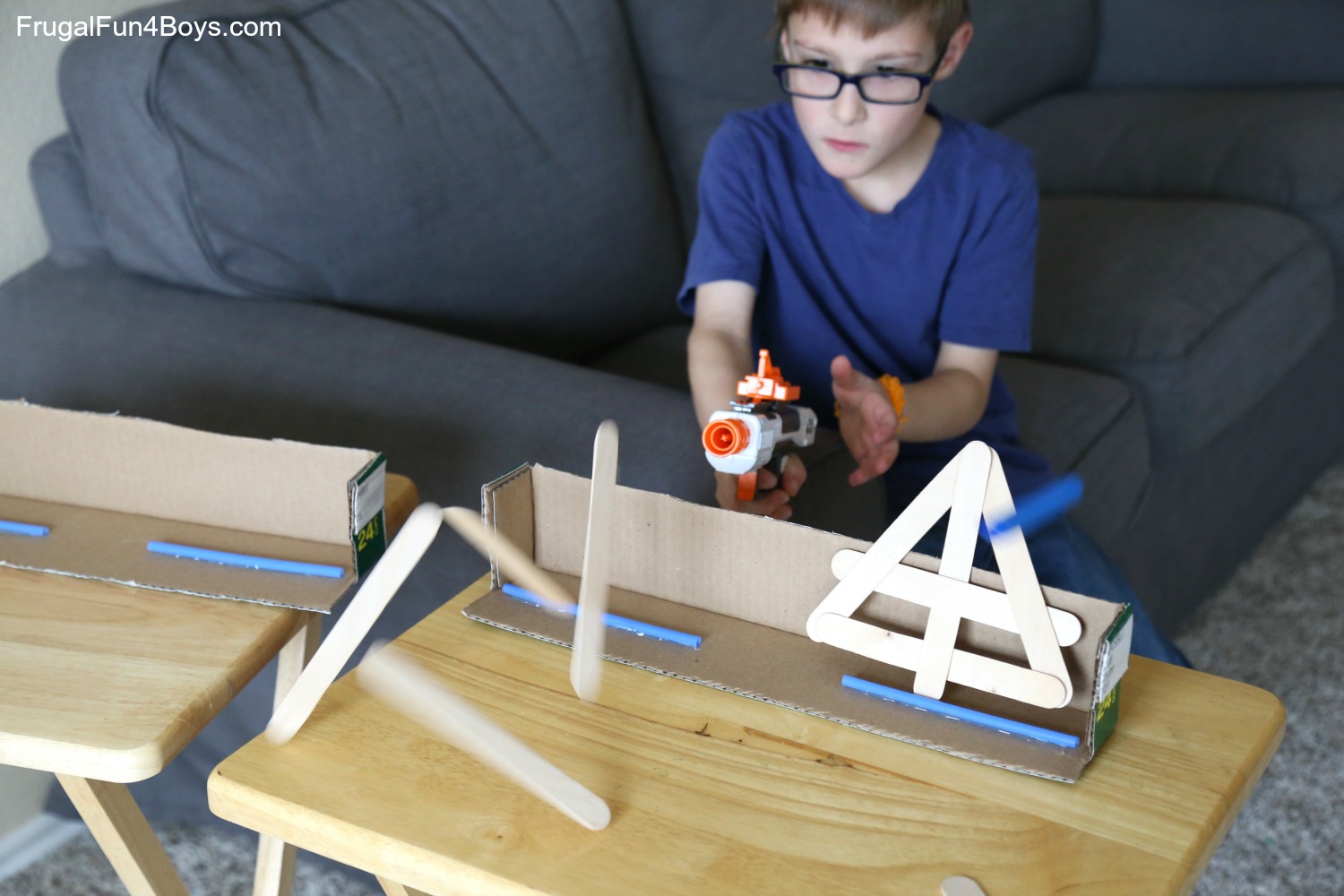 Set up this simple game with a poster board! We traced plates and cups to make various sized openings. Then I added point values. Great for a rainy day! We used a PVC pipe frame (because we have lots of PVC lying around… no joke!) but you can attach it to anything really. Hang it from the ceiling with string or attach it to a couple of chairs. 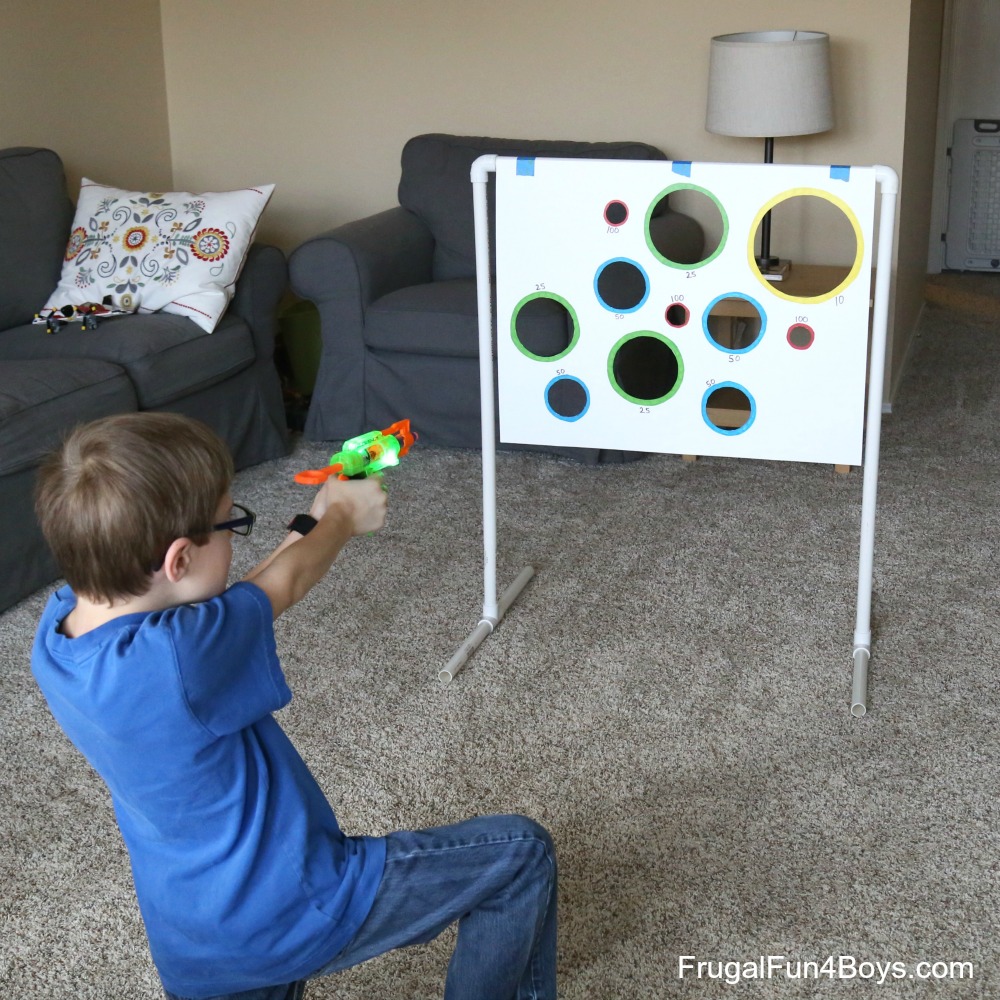 The smaller holes are the highest point values. 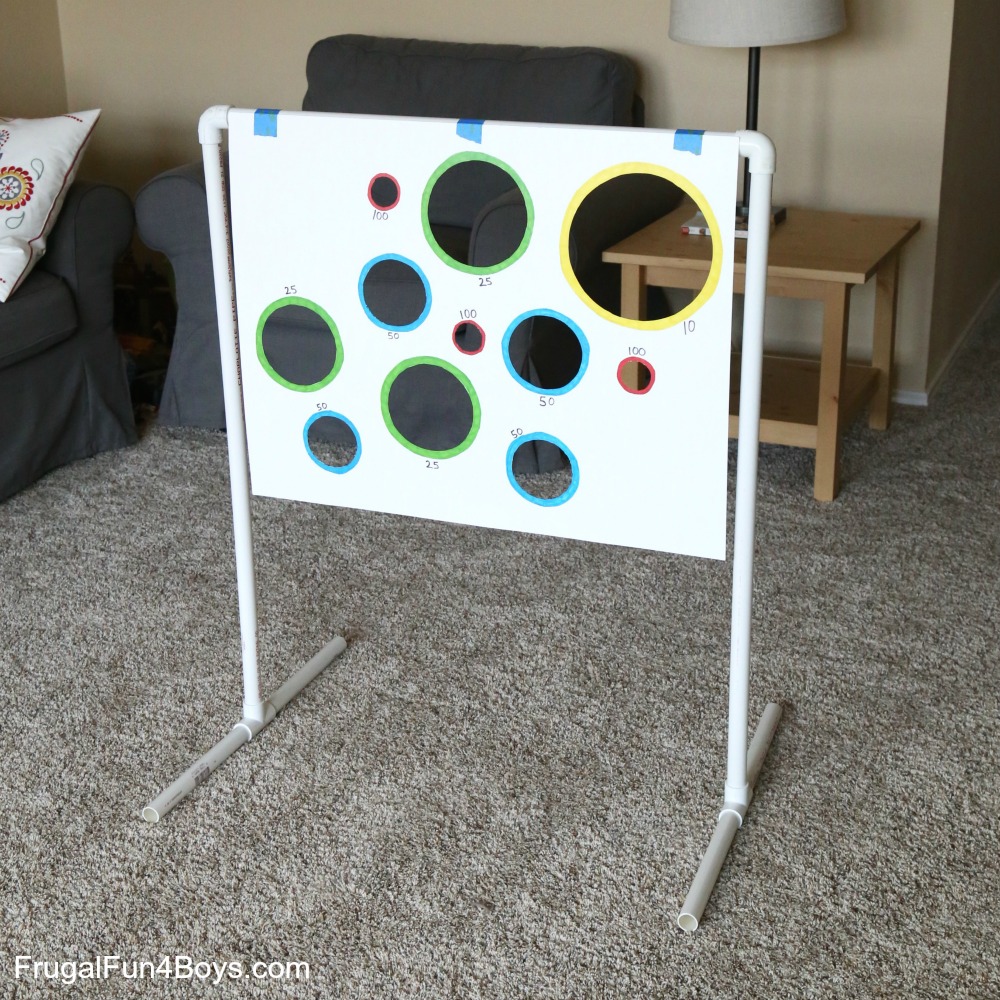 More Nerf Games – Click the links below to see details for each game.

Make a Hanging Nerf Target from This Pilgrim Life. I love how this catches the darts so you don’t have to go hunting for them!

Use a cardboard box and some paper towel rolls to make a Knock the Balls Down game!

Build a Spinning Target using stuff from around the house. 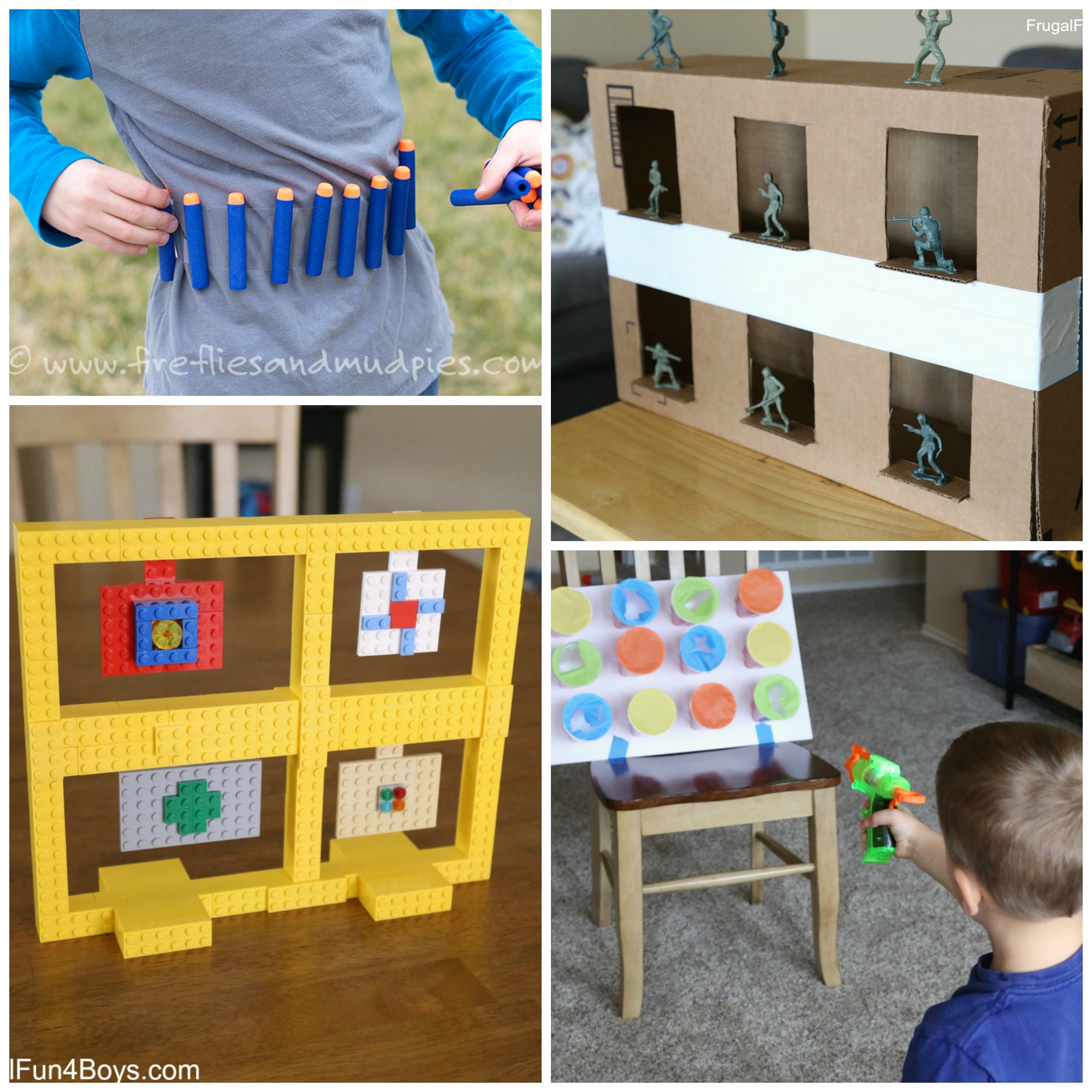 Make a SUPER easy dart belt to keep those darts handy! From Fireflies and Mudpies.

Use plastic cups to make a Nerf Target Prize Game. Hit the target and get a treat!

Army Guy Shooting Gallery – grab some plastic army men and a cardboard box. One of the boys’ favorites.

Build some LEGO Nerf Targets – two of our favorite toys in one!

Have fun! If you need more Nerf ideas, we have another collection of games to make that you can find here: 20 Awesome Nerf Games to Make 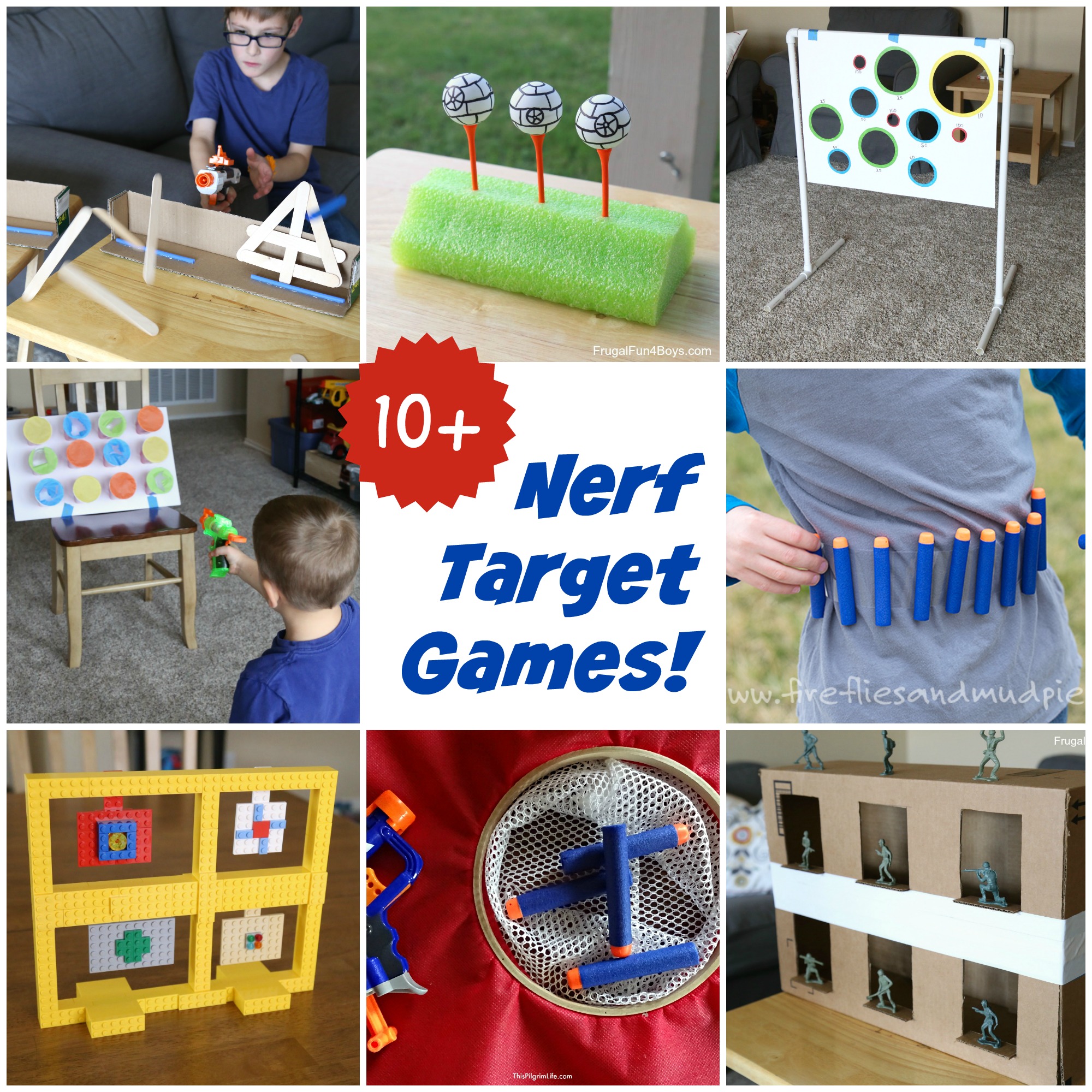